Why There Is Really No Such Thing as a ‘Sustainable’ Fishery 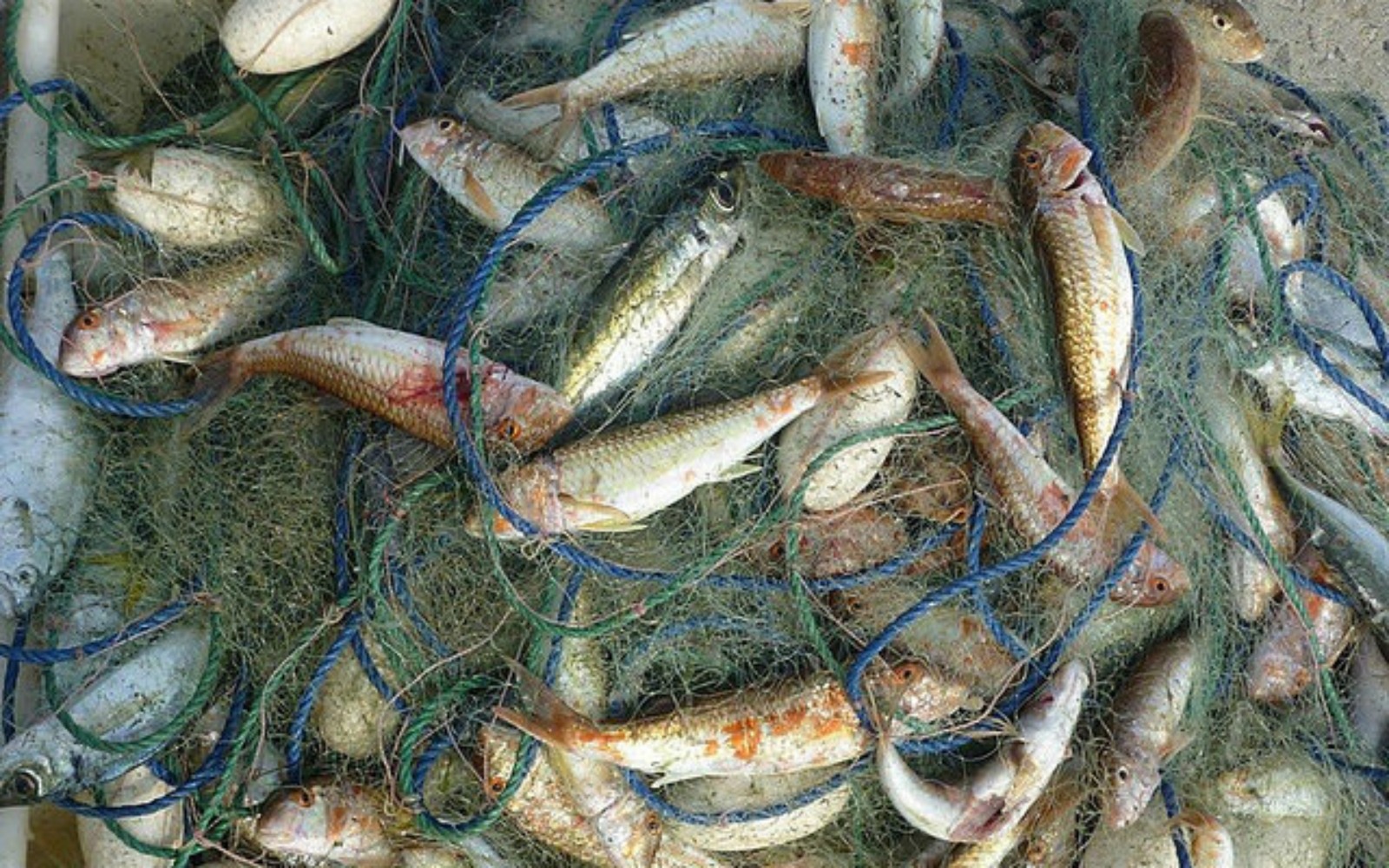 As Captain Paul Watson once said, “If the oceans die, we all die,” and if that’s true, then humans are doing a darn good job at plotting their own demise. Around half of the planet’s oxygen supply comes from the sea, which also plays a huge role in regulating global temperatures, weather patterns, and climate. 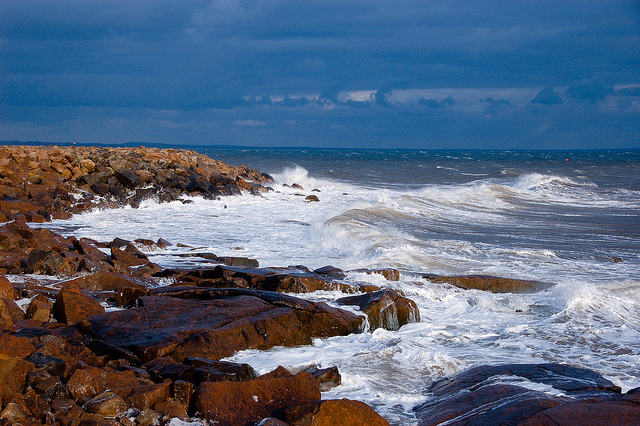 Its inhabitants, too, are among our greatest allies in the fight against climate change because their excrements absorb carbon dioxide and help balance ocean acidity. And yet, here we are treating our planet’s oceans like inexhaustible resources and depleting their waters of fish and other marine life at a ridiculous rate that ventures into the area of billions per year. Unless we stop, and soon, scientists predict that every species of wild-caught seafood will collapse by the year 2048.

Large-scale commercial fishing operations are to blame, and for many decades, conservation scientists have been pushing for more sustainable fishing methods across the globe. But is that even good enough anymore, given the general consensus of what those methods entail and the level of damage that we’ve already inflicted upon these seas? 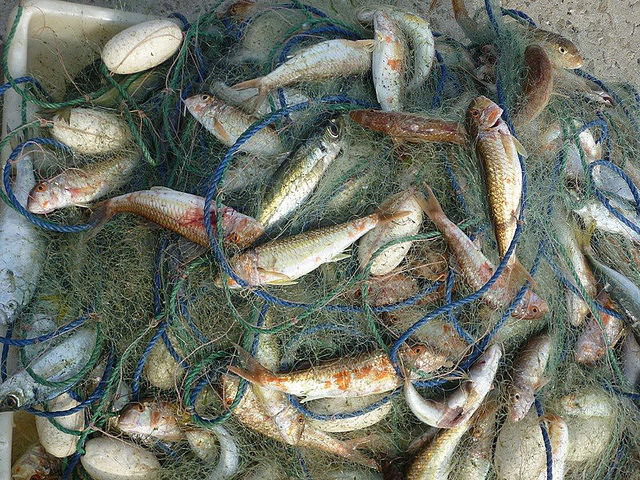 In the book Marine Conservation Biology: The Science of Maintaining the Sea’s Biodiversity, Marine biologist and fisheries scientist Ray Hilborn explains that there are three primary ways to define sustainable fishery: (1) long-term constant yield, (2) preserving intergenerational equity, and (3) maintaining a biological, social and economic system. But there are some shortfalls of each of those definitions and here we’ll dive into why truly sustainable fisheries may not be remotely achievable in today’s world.

The Problem With Long-Term Constant Yield

“Long-term constant yield” supports the idea that fish will continue to reproduce and replenish their numbers when fishing is allowed only up to the maximum sustainable yield – that is, the largest possible harvest in alignment with the fishes’ reproduction rates so that mostly “surplus” fish are removed. The theory assumes that nature, when left undisturbed, establishes a steady state of existence and that this calculated rate of extraction allows the local fish populations to naturally adjust to new steady states so that equal numbers of fish can continue to be harvested season after season. 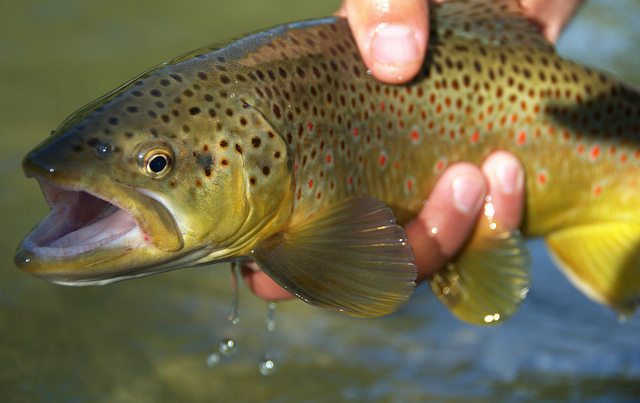 What this fails to recognize is that the only real constant in nature is, in fact, change, and that fish populations naturally fluctuate, so that what may have been a sustainable harvest in one year could quickly deplete local fish stocks in another. It also doesn’t take into account the age, size, or reproductive status of the fish that are caught, all of which play a key role in population replenishment and growth rates.

In addition, this approach looks at each individual fish species in isolation without paying proper tribute to the ecological linkages that exist between various marine species and their habitats. As such, it can support devastating commercial fishing practices, such as bottom trawling, which involves dragging huge, heavy nets along the ocean floor. These nets destroy deep-sea coral, sponges, and fauna while scooping up everything in their paths that isn’t attached to the seafloor. As Les Watling, a professor in biology and oceanography, explains, “virtually all of the world’s continental shelves, and increasingly on continental slopes, ridges, and seamounts” have been repeatedly dredged by these bottom trawlers, and deep-water communities have been radically altered to include far less diversity as a result. 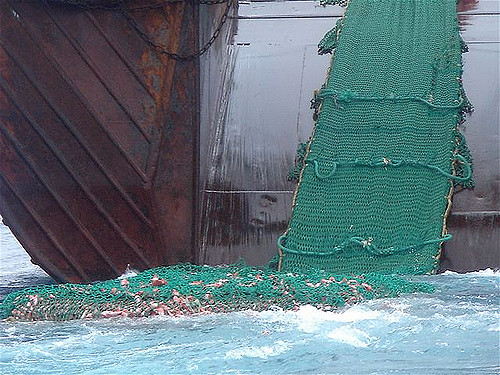 Bottom trawling also results in a despicable amount of by-catch, to the tune of 7.3 million tons of marine life – including non-target fish species, sea turtles, dolphins, whales, sharks, albatrosses and other seabirds – caught as unintentional victims each year. In the United States alone, by-catch is estimated to weigh in between 17-22 percent of total catch, or two billion pounds every year. And worldwide, this practice is greatly contributing to the deaths of endangered species and dwindling numbers of important predatory species, which is causing a trophic cascade and throwing off the ocean’s food chains and ecosystems. Surely, this cannot be considered “sustainable” in any regard.

The Problem With Preserving Intergeneration Equity

The most widely accepted definition of a sustainable fishery is this idea of preserving intergenerational equity, which improves upon the long-term constant yield model by acknowledging that natural fluctuations in fish populations exist. However, it considers overfishing and other practices that damage the genetic structure, destroy habitat or deplete fish stocks to be sustainable until and unless they do so to the point where rebuilding local fish stocks would require more than a single generation of fish. That puts a heck of a lot of pressure on that one generation, particularly in a time when humans have made general survival, never mind mating, increasingly difficult for marine species. 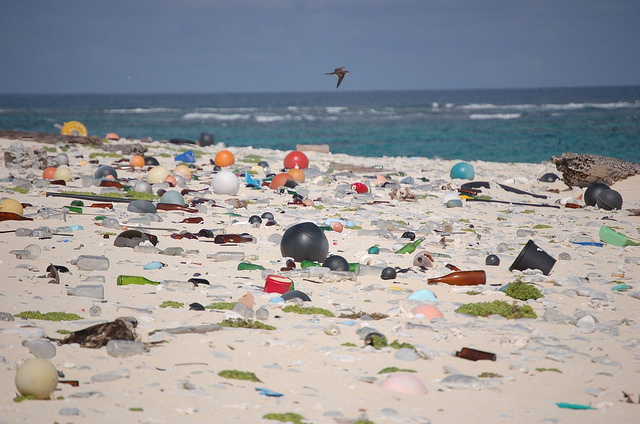 Human-caused challenges such as widespread pollution, which incorporates everything from our plastic trash to agricultural runoff spiked with pesticides and farm animal waste, and climate change, which is spawning rising sea temperatures and ocean acidification, have become serious stressors on the majority of the world’s key fishing grounds, according to a report by the United Nations Environment Programme (UNEP). As a result, aquatic ecosystems, distributions of fish and other marine life, and the productivity of these marine species are being dramatically and permanently altered. This is on top of the lofty damages already caused by bottom trawling and overfishing which this single generation of fish must dodge in order to survive.

Moreover, the universally recognized data for global fish stocks and catches is largely inaccurate. The Food and Agriculture Organization of the United Nations (FAO) has estimated around 80 percent of global fish stocks to be “fully- to over-exploited, depleted, or in a state of collapse.” However, a study by doctors Daniel Pauly and Dirk Zeller published in Nature Communications Journal found that global catches are 30 to 50 percent higher, on average than FAO estimates, and even their numbers may not include species depletion due to pirate fishing. So, who’s to say when that limit for preserving intergeneration integrity is passed, or how far beyond it fish harvesting has already endured.

The Problem With Maintaining a Biological, Social, and Economic System

Many communities around the world, especially in developing countries, rely heavily on the local fishing industry to survive, both economically and for food, and so the “maintaining a biological, social and economic system” definition of sustainable fishery takes the viability of human ecosystem into account as much as the marine ecosystem.

This definition doesn’t do the oceans any favors, either, as it has encouraged poor fisheries management practices, such as rotating among multiple fish species, which can deplete stocks and even lead to extinction among those species. 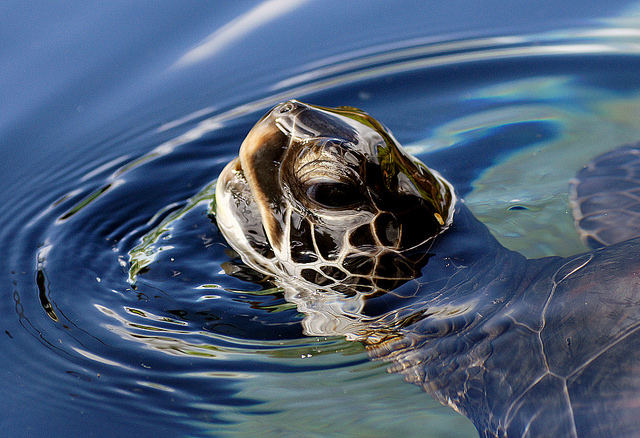 Meanwhile, the small-scale fisheries that have kept these local communities afloat are increasingly in jeopardy themselves due to the growing appetite for fish in more developed countries, such as the U.S., China, and Japan. So great has that demand become in recent decades that, in order to continue feeding it, industries from those developed economies have expanded outside of their own waters and moved into developing nations territory, thereby heavily ramping up the depletion rate in those areas that have relied on small-scale fishing for centuries. This is why the country of Palau opted to give up much of its tuna income and instead ban commercial fishing and create a marine reserve area the size of France to support the long-term health of its marine life.

Even so, coastal fisheries the world over have become so overexploited that, more and more, the industrial fleets are taking to deeper waters, the heart of our oceans, with the devastating bottom trawling methods discussed above. According to National Geographic, this is “triggering a chain reaction that is upsetting the ancient and delicate balance of the sea’s biologic system,” which lead a 2006 study of catch data published in the journal Science to predict that if fishing rates continue apace, all of the world’s fisheries will have collapsed by 2048.

Clearly, none of these definitions or approaches is adequate, or remotely “sustainable,” given the crises we face today. And, at this point, given how much damage we have already caused to marine ecosystems, fish populations, and the oceans as a whole, the only way to help sustain these natural resources may be to just leave them all alone. Unfortunately, not everyone can be convinced of that as easily as Palau.

And so, it is up to everyday citizens to end the demand that has enabled these violations to continue, and we can effectively achieve that by: