Nets Designed to Capture Small Fish are Killing the Oceans – Sign Petition to Stop This! 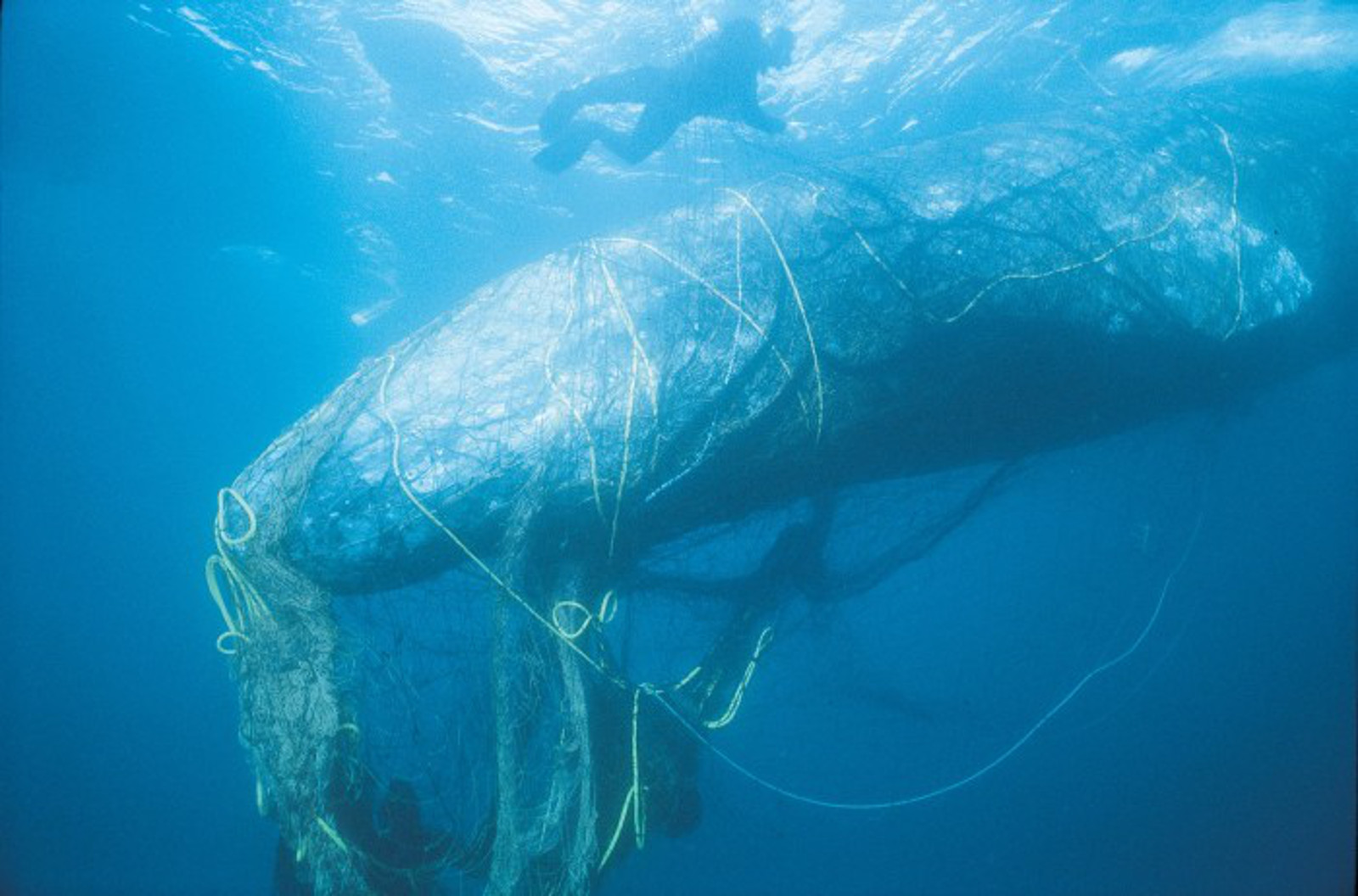 Commercial fishing operations typically aim to catch marine species most often consumed by humans, such as cod, tuna, or swordfish. However, the sad fact of the matter is that an incredible 40 percent of their catches are composed of untargeted animals such as sharks, rays, dolphins, and whales … and for many of these animals (who are categorized as “bycatch”), the result of becoming entangled in a fishing net is death.

Large-scale commercial trawlers, using extremely advanced technology designed to capture as many fish as possible, often catch and kill large numbers of untargeted – and often endangered – marine animals. The oceanic protection group Sea Shepherd has estimated that as many as “50,000,000 sharks are caught unintentionally as bycatch by commercial tuna and swordfish fisheries using long lines, nets, purse seine, and gillnets.” And the impact of all of this bycatch extends far beyond just the impact on these individual species. Captain Paul Watson, Sea Shepherd founder, has said, “One of the solutions to climate change that very few want to hear is that we need to shut down industrialized fishing operations to revitalize biodiversity in the sea. We need to allow nature to restore the balance that we have damaged. … When the fish are no more, the sea will die and when the Ocean dies – we die!”

Sharks, for example, play an important role in the fight against climate change by consuming the sea animals that would otherwise eat large amounts of carbon-storing vegetation, thereby keeping these animals’ numbers down to a sustainable level. The fact that some shark species have suffered an incredible 98 percent decline in numbers, while around 100 of the 400 shark species that remain are “so overexploited that even their long-term survival can no longer be guaranteed,” according to the Shark Foundation – should be a matter of serious concern to anyone who cares about the survival of our planet.

As the worldwide shark population has been decimated, their prey animals have thrived, leading much larger amounts of the sea’s carbon-storing vegetation to be consumed. Scientists estimate that when just one percent of vegetation is lost, this results in 460 million tons of carbon being released into the atmosphere – the equivalent of the carbon emitted by 97 million cars! Dolphins, whales, turtles, and other animals commonly captured in fishing nets as “bycatch” also play a vital role in balancing the ecosystems of our oceans.

An image published by the Environmental Investigation Agency reveals the heartbreaking cost of our enormous appetite for fish. 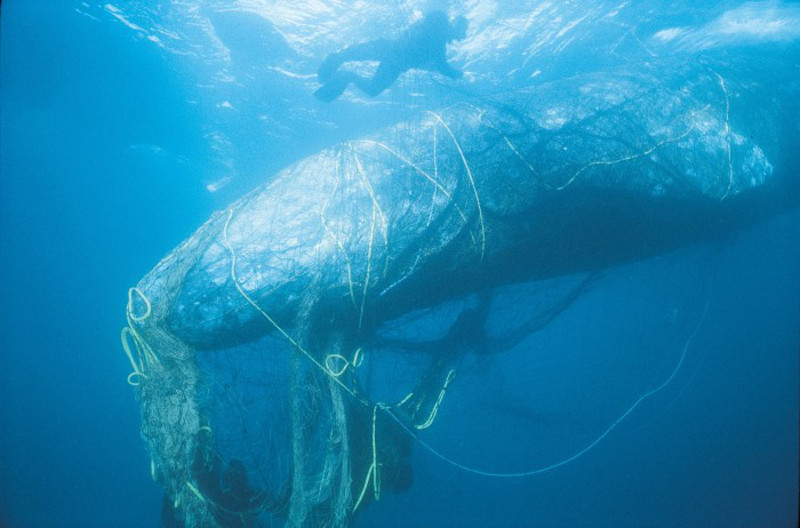 Witnessing this gray whale – a truly majestic marine animal – reduced to such a helpless state, caught in a net that was intended to be used on a much smaller animal, cannot help but break the heart of anyone who sees this picture.

Sign This Petition Urging The Pacific Fishery Management Council to Phase Out “Walls of Death” – Drift Gillnets that Kill Whales, Dolphins, and Other Bycatch.

Luckily, we all have the ability to help put an end to this unnecessary slaughter by simply leaving fish off our plates. By reducing the worldwide demand for fish, we are automatically playing our part in saving other, untargeted marine animals by association. It has been estimated that one person can save over 225 fish and 151 shellfish per year by not consuming seafood. Considering the fact that around 40 percent of commercial fishing catches are composed of “bycatch,” leaving fish off your plate is one, extremely powerful action you can take to save these untargeted animals.

To learn more about how you can protect marine animals with your everyday choices, check out these resources: