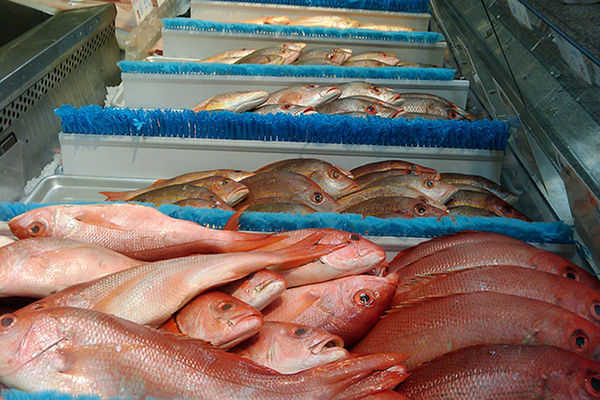 A new report titled Factory-Fed Fish: How the Soy Industry is Expanding Into the Sea by Food & Water Watch and Food & Water Europe examines the ways in which the practice of feeding fish soy products has a significantly negative impact on the health of the planet. The report considers the rise in ‘aquaculture’ fish farming methods where the fish are fed GM soy and the damage that is being caused to the farmed fish and wild fish populations worldwide due to this diet.

Soy has become the diet for farmed fish without scientific enquiry into the potential damage it could do to our oceans and to humans eating soy-fed fish. Soy organisations have been hailing the diet as ‘sustainable’, and in 2011 The Illinois Soybean Association stated that fish farming that was going to ‘revolutionize sustainable agriculture’.

There is growing concern amongst conservation organisations and health bodies regarding the impact soy is having on the oceans and also on land, as 93-94 per cent GM soybeans produced in the United States have been modified so that corporate giant Monsanto can apply Roundup to it in large quantities.

Soy farming is already a major cause of deforestation and displacement of native people, and a gateway into heavy reliance on GM crops, and heavy reliance on pesticides and herbicides. Factory-Fed Fish is the first report to examine the impact of feeding fish soy diets on a large scale and how this might affect the health of our planet and the planet’s oceans, animals and humans that live on it. Its warning against continuing the practice is clear.