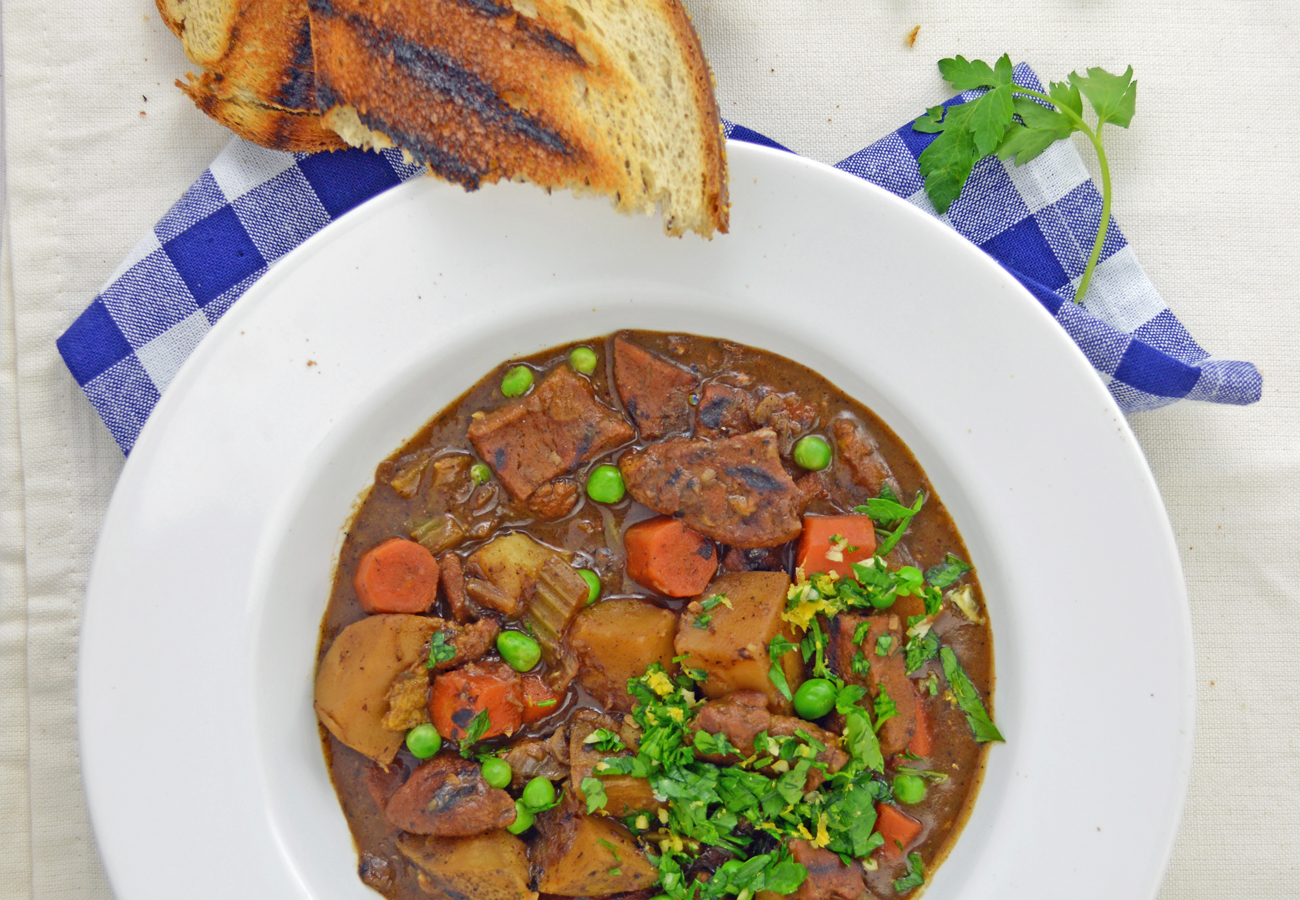 Although this dish sounds fancy, it is ready surprisingly fast. I used seitan for this recipe, but I’ve also used Beyond Meat strips or just added more vegetables and skipped the vegan protein. The choice is yours as this recipe does not rely on the protein to make it fantastic. The quick gremolata, a mixture of parsley, garlic and lemon zest, adds a welcome piquant flavor and cuts through the richness of the stew.

Use Beyond Meat strips or vegan sausage instead of the seitan or omit the seitan and add another pound of vegetables.