10 Deadly Pandemics that Changed the Course of History 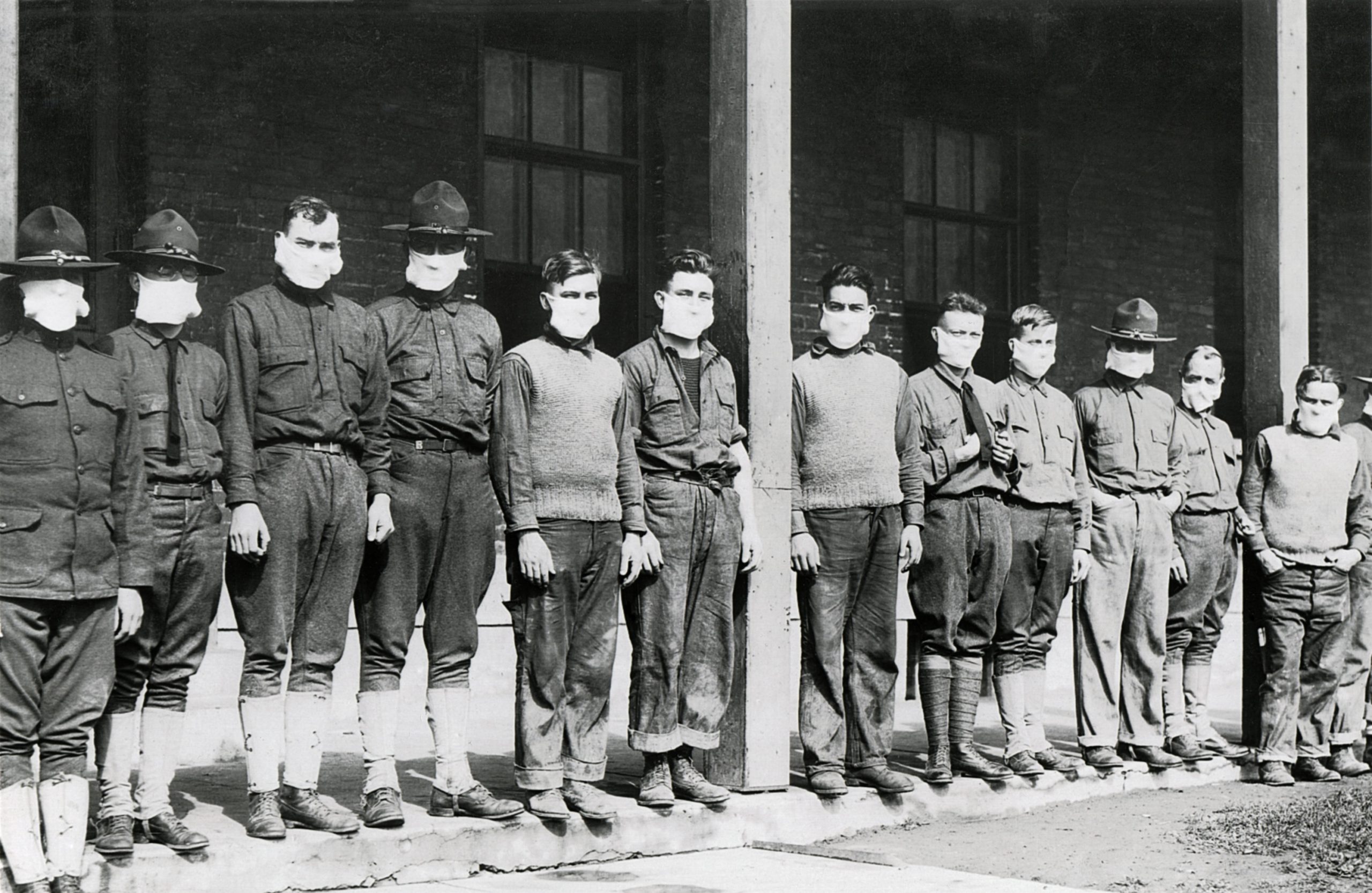 As the coronavirus continues to spread globally, with a rising death toll and a damaging impact on modern life, many people may wonder if the world can survive this pandemic. And if we manage to get the virus under control, the world post-pandemic feels unfathomable.

Historically, the world has faced several deadly pandemics before COVID-19, and each time society reemerged as a dramatically changed place.

Here’s a look at the most deadly pandemics that significantly changed the course of the history:

The Plague of Justinian is believed to be the first significant appearance of the bubonic plague. The virus arrived in Constantinople, the capital of the Byzantine Empire, in 541 on grain ships sent by Egypt, a recently conquered land, as tribute to Emperor Justinian. Black rats on the ships were vectors for fleas carrying the plague.

An estimated 20-40% of the inhabitants of Constantinople perished by the plague and it spread across Europe, Asia, North Africa, and Arabia, decimating an estimated 30 to 50 million people.

The plague greatly impacted the empire’s influence, weakening Byzantine political and economic systems and causing major unrest in the cities.

The bacterium Yersinia pestis that caused the Plague of Justinian never went away; it came back with a vengeance in the 1300s. The Black Death wiped out one-third of the world’s population. Spread by fleas on infected rodents that arrived in Europe on ships, some cities implemented public health measures similar to social distancing and enacted the world’s first quarantine.

People were dying so rapidly that dead bodies were left rotting on the ground which created a stench in cities. Victims had to be buried in mass graves. The deaths completely altered economies and demographics, leading to the collapse of the British feudal system.

Smallpox existed in Europe, Asia, and Arabia for centuries, killing three out of ten people and leaving others with scars. When Europeans arrived in the New World, smallpox, measles, and the bubonic plague were passed to native populations who had zero natural immunity to these viruses.

The cluster of diseases from Europe wiped out over 90% of the indigenous population in the Americas.

The diseases facilitated the colonization of the Americas, reducing the Aztec Empire’s population by 40% in a single year and leaving the empire unable to resist Spanish forces.

Centuries later, smallpox became the first virus epidemic to be ended by a vaccine. In 1980, the World Health Organization (WHO) announced that smallpox was completely eradicated.

After the Plague of Justinian and the Black Death, another wave of the plague emerged, claiming 15 million victims. The third plague pandemic spread from China, to India, to Australia, and eventually to the rest of the world over the next five decades. Finally, cases relaxed around 1960.

The plague still exists today with cases reappearing in Mongolia and California this year.

The 1918 flu pandemic is considered the most severe pandemic in recent history. An estimated 500 million people were infected with the virus and 50 million died. The disease was first observed in Europe, the U.S., and parts of Asia before rapidly spreading around the world in a matter of months.

The 1918 flu was unusual in that it greatly affected young people who were previously healthy and normally resistant to this kind of disease.

Businesses were closed and citizens were ordered to wear masks which sparked organized resistance similar to present-day individuals who refuse to wear a mask. Failed attempts at lockdowns led to reinfections as the pandemic disrupted lives in almost every country.

The 1957 flu pandemic was the second major influenza pandemic to occur in the 20th century. Starting in East Asia, the H2N2 strain rapidly spread to Europe and the U.S., causing an estimated total of about 1.1 million deaths globally. Due to early detection and intervention, a vaccine was quickly and effectively developed, containing the pandemic from claiming more lives.

HIV, which is the virus that causes AIDS, is believed to have developed from a chimpanzee virus that transferred to humans in West Africa in the 1920s. Since then, AIDS has claimed an estimated 35 million lives globally.

The virus, transmitted through several bodily fluids, made its way around the world, and the late 20th century AIDS became a full-blown pandemic. About 64% of the current 38 million suffering from HIV/AIDS live in sub-Saharan Africa.

For decades, the development of medications was highly politicized, symbolizing a critical historic moment between civil rights and medical science. While the disease is still incurable, medications were developed in the 1990s to allow people with the disease to experience a normal life span with regular treatment.

Severe Acute Respiratory Syndrome (SARS) is believed to have possibly started with bats, spreading to cats and then to humans in China, followed by 26 other countries, infecting 8,096 people, with 774 deaths according to the WHO.

Early quarantine efforts helped contain the virus, providing critical lessons to global public health professionals about the growing threat of infectious diseases in the 21st century and how to improve outbreak responses.

A new strain of H1N1 that originated in Mexico infected as many as 1.4 billion people across the globe, and killed between 151,700 and 575,400 people in its first year, according to the CDC. Similar to the 1918 flu, the 2009 H1N1 swine flu pandemic primarily affected children and young adults.

A vaccine for the H1N1 virus that caused the swine flu is now included in the annual flu vaccine.

Between 2014-2016, Ebola ravaged West Africa, with 28,600 reported cases and 11,300 deaths. Bats are suspected to be reservoirs for the virus that can spread directly to humans or indirectly through larger wildlife.

The bulk of cases occurred in Guinea, Liberia, and Sierra Leone, but the virus spread throughout Africa and made its way to the U.S. and Europe. Vaccines and treatments are still being tested.

On March 11, 2020, the World Health Organization announced that the COVID-19 virus was a pandemic after infecting over 160 countries in three months. As of Oct. 2, the virus has killed over 1 million people globally. Scientists are continuing to work on and testing possible treatments and vaccines.

As history shows, pandemics profoundly alter ways of life and shape future events. Looking at past pandemics reveals not only what needs to be done in the present but also underlines the importance of preventive, scientifically-backed systems that must be put in place now to avoid a repeat of history in the future.

Learn about previous pandemics through documentaries, books, and podcasts.

Read More of Our Coronavirus Coverage:

Sign this petition to Tell Congress to Introduce a Federal Mask Mandate!