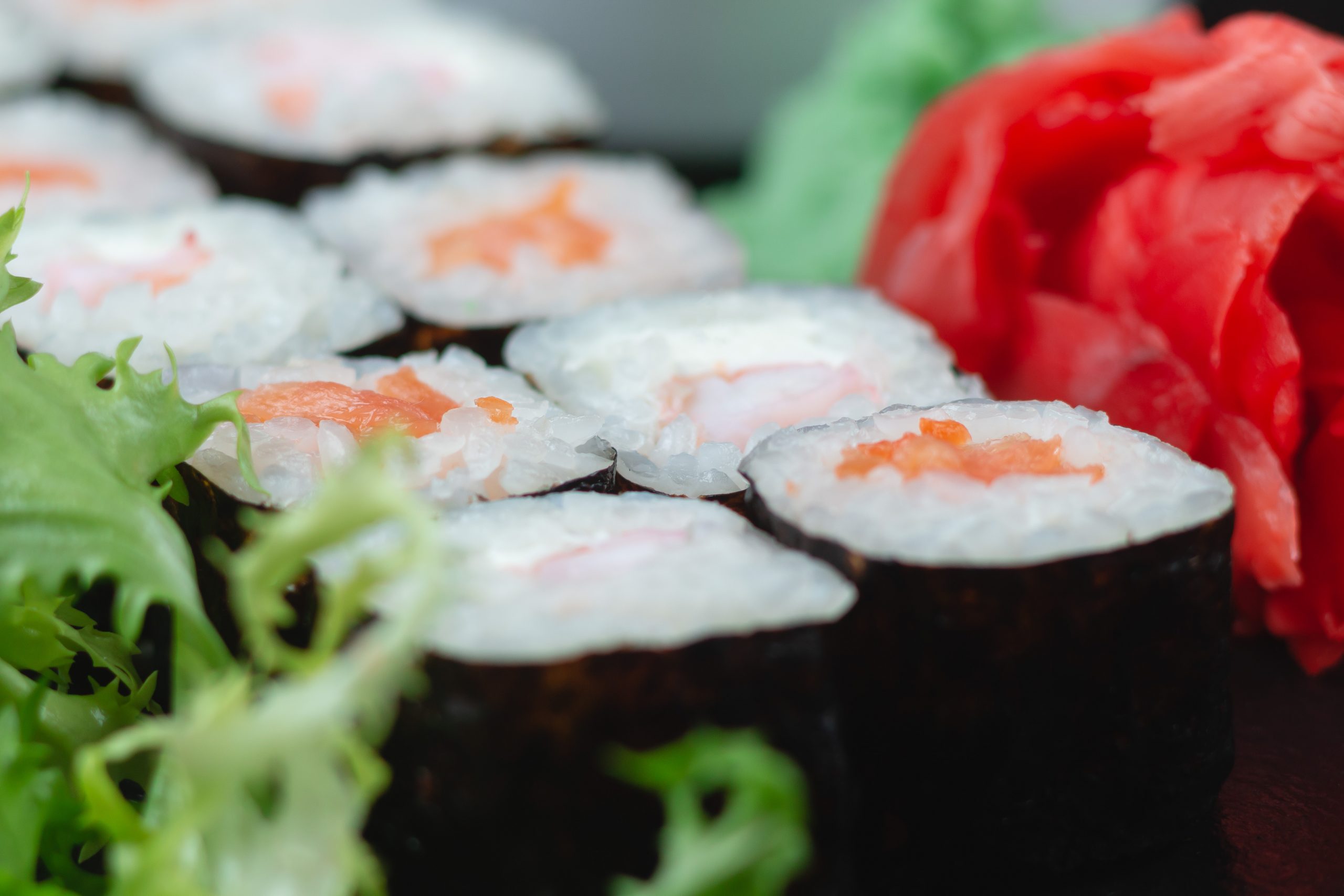 Everyone loves going out to eat. It’s a chance to try something new, a great way to catch up with friends, and (the best perk of all) you don’t have to clean up afterward. But being tasked with having to select the place where you go out to eat can be so difficult! How can you make all your friends happy while impressing them with your fine cuisine knowledge? Sushi, of course! Well, we hate to break it to you, but you might want to start brainstorming a new favorite…

The average American consumes 3.5 ounces of seafood every week. Be it in the form of sushi, salmon filet, or canned tuna, the American appetite for seafood pulls a total of 4.8 billion pounds of fish out of the ocean annually. Although we like to think of the ocean as a vast and endless fount of resources, we are quickly learning that this mode of thought needs to change.

The market for cheap seafood is not only driving many fish species to near extinction, (cf. the Bluefin Tuna) but it is also driving social unrest across the world.

A new report from the Environmental Justice Foundation (EJF) has found that international demand for cheap seafood is driving the degradation of marine ecosystems as well as fueling human trafficking in Thailand.

Ranked as the third largest seafood exporter in the world, Thailand is quickly becoming one of the most overfished regions on the planet. Dwindling stocks in the Gulf of Thailand and Andaman Sea have sent Thai fisheries all the way to the borders of Asia and Africa, utilizing illegal vessels and trawl nets to continue to meet export quotas.

The report estimates that around 39 percent of wild-caught seafood that enters the U.S. market has, in fact, been illegally harvested in Thailand. Shrimp and tuna are two of the top items imported from Thailand, meaning every time we purchase either of these goods, we are indirectly fueling the collapse of Thai marine ecosystems and slavery.

Yup, you might want to start reevaluating that sushi habit now.

Our Oceans in Crisis

Globally, around 80 percent of the world’s fish stocks are fully to over-exploited, and experts believe that the world’s fisheries will collapse by 2048, if consumption rates continue at their current pace.

While these estimates are rather troubling, the averages specific to Thailand are much worse. EJF’s report found that most fish stocks surrounding Thailand are up to 177 percent overexploited. Meaning Thai waters are running out of fish, and fast.

Thai fishing boats are now catching 85 percent less than what they used to a mere 50 years ago. Reckless fishing practices, such as the use of super trawl nets, have been the norm for Thai fisheries since the 1960s. These nets capture any and every marine creature in their path – not only decimating target fish populations, but taking out larger species such as sea turtles, sharks, dolphins, and whales.

In 1972, the Thai government banned the use of trawling nets within three kilometers of the coastline. This action was instated in an attempt to allow fish stocks to repopulate. Since then other minor restrictions relating the use of trawl nets during fish spawning seasons have been put in place, but local fishing authorities rarely enforce these laws. And even if they did, the fine for violating these regulations only amounts to about $150, pennies for some of the larger fisheries.

According to EJP’s report, “Experts estimate that illegal fishing in the Andaman alone costs Thailand upwards of $2.5 million annually.”

So, fish stocks continue to be decimated, illegal fishing persists and international markets continue to fund this destruction.

Because the majority of Thai fishing fleets operate illegally and routinely travel far distances, very few Thai citizens are willing to work in this industry. To solve the need for labor, Thai fisheries have turned to cheap migrant workers.

According to a report in NBC News, these workers are largely “Men — and sometimes children as young as 13.” These people have been captured by human traffickers and are sold onto boats, “where they typically work 18- to 20-hour days with little food and often only boiled seawater to drink.” This is hardly the only hardship they endure, many are subjected to, “beatings and sometimes even death at the hands in their captains. Most are paid little or nothing.”

These workers are forced onto Thai “ghost fleets,” unregistered pirate vessels that plunder the waters of other countries, bringing in 40 to 50 percent of Thai fishery catches. The EJF report asserts this constant stream of cheap labor and high profits from catches, “fuels demand for the country’s thriving trade in modern-day slaves.”

The United Nations Inter-Agency Project on Human Trafficking (UNIAP) estimates that 33 percent of seafood workers in Thailand’s principal processing have been trafficked and 57 percent have experienced forced labor. Given the fact that 80 percent of the 145,000 people working in the Thai fishing industry are migrant workers, the extent of human rights violations and abuse in this industry is shocking, to say the least.

EJF believes that the conditions and wages of the fishing industry have degraded along with the marine ecosystem. We suppose it is true that one form of abuse more often than not, spawns another.

“Producers and consumers of Thai seafood are embroiled in one of the most outrageous social and ecological crimes of the 21st Century,” says EJF’s executive director, Steve Trent. “Ecosystem decline and slavery exist in a vicious cycle. People are trafficked as a result of environmental crises, and forced to endure terrible human rights abuses while working in industries that also harm the environment. Unrestricted industrial exploitation damages ecosystems and exposes vulnerable populations to trafficking and abuse. Overfishing exacerbates pirate fishing, which further drives slavery and environmental degradation.”

The connection between human rights abuse and ecological collapse is glaringly clear in the case of Thailand. However, as we continue to exploit already strained marine ecosystems, we can only expect cases like these to become more common. It is well known that Somali piracy was founded in similar conditions. If the demand for cheap seafood persists, it stands to reason other organizations will soon follow suit. Although this exploitation occurs on the other side of the world, we are all personally responsible for how our diets drive its continuation.

If you are ready to end your contribution to this vicious cycle, it is time to ditch seafood and start seeking out alternatives. By removing seafood from your diet, you can save 225 fish and 125 shellfish a year. If everyone in the U.S. were to make this one minor change it would result in the conservation of billions of marine animals.

Luckily, there are many companies who are starting to jump on the sustainable sushi wagon and creating delicious replicas of our favorite rolls and wraps – completely sans fish! Chef James Corwell has launched a completely plant-based “tomato-tuna” that seamlessly replaces fish (seriously, you won’t even miss it). The only way we can ensure the safety of our oceans and people across the globe is to change our consumption habits.

So think twice before you order that tuna roll. Hey, we only get one planet, it is time we started to act like it.