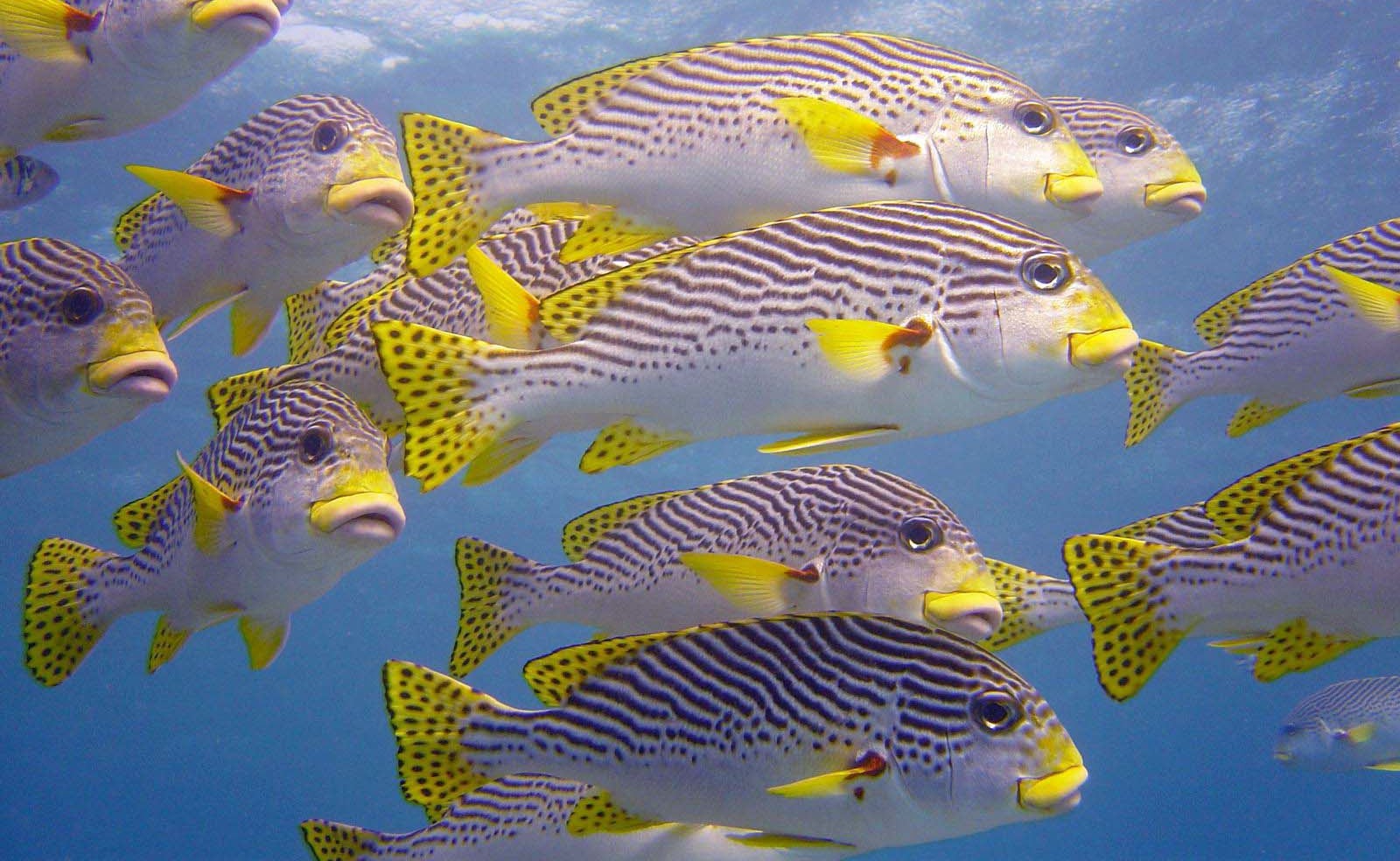 For many residents in the U.S. and beyond, fish is often the order of the day, chicly advertised in sushi or squarely a staple in one’s diet. It is estimated that the average person eats about 37 pounds of seafood each year. Rich in omega-3s, low in calories, and high in protein, what’s not to love, right? Wrong. Despite being touted as a health food, some types of fish have been found to be high in mercury and even carry radioactive waste. And the problems don’t stop there: an ever-increasing demand for fish translates to a host of environmental woes, from habitat destruction to extinction of species.

It’s time we tune out the tuna trend once and for all — for the fish, for the environment, and for the future of the Earth. The following are just a few of the reasons why skipping fish should be a crazy obvious choice.

Overfishing is to blame. Globally, approximately 2,211 species of fish, or 17 percent of fish species are at risk of extinction, according to the IUCN’s Red List. Of these, 233 are located in the U.S. There are many reasons for this threat, but a salient point is that fishing has become a methodical process wherein massive amounts of fish are taken from the ocean at a time. The reality is that fish populations cannot repopulate if we don’t allow them the time to recover, and overfishing will only bring about extinction that much sooner.

2. Oceans are Polluted — and We’re Eating That Pollution

Sure, that salmon on your plate might provide you with some omega-3 fatty acids, but what else are you consuming? Too often, fish and other marine species eat plastic, mistaking it for a food source like zooplankton. For instance, in the North Pacific Gyre, located in the northern Pacific Ocean, plastic outnumbers fish food six to one. Inevitably, many fish will ingest some of these materials, which often contain pollutants like PCDs, DDT, and PAH, as well as toxic chemicals like BPA, which all make it to our dinner plates.

More fish are taken from our oceans than can be naturally recovered by a population increase. As a result, biodiversity loss has become a major problem. There is evidence that many marine species are restricted to small areas within the vast ocean; therefore, their scarce presence makes them even more vulnerable to extinction. When population numbers and range are limited, this greatly restricts genetic variability. When fish can only breed with one another, populations are more prone to disease and less resilient against things like chemical pollution, climate change, and habitat destruction – threats that are likely to become more prevalent over time.

Fisheries tend to target a certain group of fish for sale. When a specific species is removed from their natural habitat, it causes a ripple effect that alters the balance of the ecosystem. For example, Atlantic Bluefin tuna is popularly used in sushi and other foods. As the result, populations of the Atlantic Bluefin tuna have decreased significantly. As a top predator, when tuna are removed from the food chain, the species they prey on become more densely populated. The prey species then have the potential to destroy populations of the animals they prey on which future throws off the natural balance of an ecosystem.

Over the years, fishing has become so efficient that techniques called “bottom trawling” and “dredging” have become commonplace. They involve dragging large, heavy nets across the bottom of the ocean floor, hoping to entrap as many fish as possible. However, in the process, these contraptions destroy many habitats, such as slow-growing coral. Check out this infographic to get an idea of how devastating this bottom trawling can be.

6. Impact on Other Marine Species

In the process of trawling and dredging, fisheries accumulate bycatch, or unwanted sea life that is swept up with desired fish. For some of the worst fisheries in the U.S., a shocking 50 percent of what is caught is thrown back as bycatch. Sea turtles, sharks, whales, and dolphins are just some examples of bycatch that surfaces on a regular basis. Without a desire for these animals, they are simply dumped back into the ocean, often dead or injured.

Obviously, fish that are killed for human consumption suffer tremendously, from the moment they are caught to their unfortunate and untimely death. Even before they are captured, fish are susceptible to intestinal injury and death if they happen to consume plastic. While many people do not think of fish as emotionally complex animals, they have the ability to experience pain and are often killed by being gutted alive and left to bleed out, writhing in pain.