We Must Stop Eating Our Oceans 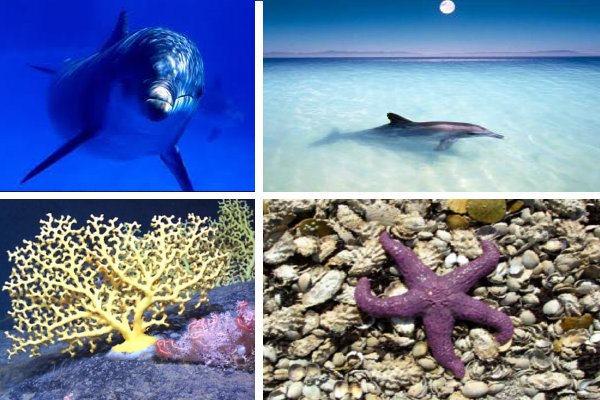 “We must stop eating the oceans. Eating fish is, for all intents and purposes, an ecological crime.” –Captain Paul Watson, Sea Shepherd

The planet may never recover from the environmental devastation wrought by commercial fishing. Once thought to hold an endless bounty, we are quickly learning that even our oceans are no match for human greed. Many fish species once considered infinitely numerous are in grave danger of being hunted to extinction. The ocean is not the “renewable resource” it was once thought to be and there are just too many people on earth for seafood to be a sustainable food source.

Billions of fish worldwide are killed for food every year. Unless current fishing rates are drastically reduced, scientists predict that every species of wild-caught seafood will collapse by the year 2050.[1] [2] Excessive fish depletion can widely be attributed to the dual culprits of advances in fishing technology and techniques on the one hand, coupled with minimal regulations and restrictions to allow fish to repopulate. Humans are a terrifying predator and there is no ocean deep enough to hide.

Large computerized ships trawl the deep seas with miles of netting that can obliterate 130 tons of fish in a single sweep. Bottom trawlers cause massive destruction, scraping the sea bottom and destroying miles and miles of coral, sponges, and non-target bottom dwelling fish which are simply discarded as collateral damage.

In fact, fishing is one of the world’s most wasteful and destructive industries. Every year, more than seven million tons of so-called “by-catch”, (perhaps more accurately described as “by-kill”) is inadvertently caught and wantonly destroyed; including over 300,000 sea animals such as non-target fish species, sea turtles, dolphins, whales, sharks, albatrosses and other sea birds.[3] [4] Every year 7.3 million tons of marine life is caught unintentionally by the fishing industry just to be callously thrown back dead, considered an acceptable loss in the industrial pursuit for profit. [5]

According to the UN, all 17 of the world’s major fishing estuaries are over-fished. Seven of the top ten marine fish species are fully exploited or over-exploited, and nearly 90 percent of all large predatory fish in the ocean are now gone, forcing nations to increasingly fish lower on the food webs to meet seafood demands.[6] The 2008 State of the World Fisheries and Aquaculture released by the U.N. Food and Agriculture Organization (FAO) concludes that 80 percent of all marine fish stocks are currently fully exploited, over exploited or depleted, including stocks of the seven largest prey fisheries.

Because of human exploitation of the oceans, endangered species are starving without enough to eat, and helplessly fight for life caught in fishing nets that kill indiscriminately. We, as humans, have a choice in what we eat. I have lived for twenty two years without fish in my diet and I’m healthy and thriving. Marine mammals are not so fortunate; they need fish to live, and we are in effect stealing and annihilating their only means of sustenance.

Endangered species are also vulnerable to industry nets and other gear. Just as the dolphins still suffocate and die in the tuna industry nets, sea turtles are killed by the millions in the nets of the shrimping industry. In fact, for every pound of shrimp netted in the Gulf of Mexico, four pounds of “by-kill” is wasted and thrown back overboard dead.[7]

Not only are we depleting the oceans of fish at an alarming rate for human consumption, but half the world’s fish catch is fed to livestock! In fact, more fish are consumed by U.S. livestock than by the entire human population of all the countries of Western Europe combined[8]. Factory farmed pigs and chickens are eating more fish than sharks and seagulls. What an absolute waste.

Amazingly, there is new evidence that depleting our oceans is hastening global warming. A study in the prestigious journal Science found that fish droppings help the ocean absorb carbon dioxide. Alkaline chemicals such as calcium carbonate in fish excrement balance acidity in the oceans and help take CO2 out of the atmosphere.[9] With massive depletion of fish, and corresponding diminishing supply of fish poop, the oceans are unable to capture the CO2 as they have been for millennia. The global warming effect is raising sea temperatures and causing the acidification of the ocean threatening coral, plankton, and other marine life.

As a top predator, sharks play an integral role in the ocean ecosystem. There are over 350 species of sharks whose fossil record dates back 400 million years, making them one of the most ancient fish species.

Nearly every species of shark has dramatically declined do to the global demand for the tasteless, opulent dish of shark-fin soup. Shark fining is a process where the top and side fins and sometimes the tails of sharks are cut off and the remainder of the often still living fish is cruelly thrown back into the ocean. Sharks then sink to the bottom, unable to swim and die a slow, agonizing death.

Every year, 73 million sharks are killed in this manner for shark fin soup.[10] This unnecessary dish has been a major contributor to the near collapse of many shark species world-wide. Scientists are warning that the massive decline of sharks is having a devastating effect on the marine ecosystem because sharks maintain the natural balance in our ocean’s marine food web. The situation is so dire, ocean and wildlife protection organizations are working with the National Marine Fisheries Service (NMFS) and other government agencies scrambling to put bans on the possession, sale and distribution of shark fins on international coastlines in an attempt to curb the cull. Here in the U.S., Hawaii and Washington State have just passed bans on the sale and distribution of shark fins, a similar bill is pending in California.

Fish Farming, or Aquaculture, is far from an ecological solution. In fact, the same problems arise when you concentrate large amounts of fish into small tanks as you do when you confine animals on a factory farm- they get sick from the unnatural and stressful conditions and produce concentrated, ecologically dangerous waste.

Thousands of fish swim in a tank not much larger than a swimming pool that is essentially a filthy cesspool of their own excrement. Fish farms are notorious for dumping an arsenal of chemicals into the tanks. Antibiotics and other drugs are mixed in these polluted waters and leach into the surrounding groundwater. Fish farms use wild fish to feed their farmed fish, so the industry ends up killing more fish than it produces. Five kilos of anchovies make only one kilo of salmon. An Inter-American Tropical Tuna Commission study recently revealed that it requires up to 60 million metric tons of “harvested wild fish” per year to feed the three million tons of the three major tropical tuna species that we are now harvesting annually from fish farms. Again, an incredibly wasteful practice.

Not the healthy choice

There is no physiological need for humans to eat fish. Like all meat, fish has no magical property that can only be found in its flesh. Plants provide omega 3 fatty acids and protein without the saturated fat, cholesterol, possible mercury, heavy metals and destruction of the oceans that surely come with a meal of fish. Plants also provide a surplus of nutrients that are lacking in animal sources.

Fish is the number one way humans become contaminated with methyl mercury. The world’s leading mercury scientists have concluded that the risks posed by fish contaminated with mercury calls for a worldwide general warning to the public, especially to children and women of childbearing age.[11] Also found in most fish are levels of PCBs, DDT, lead, dioxin, heavy metals, and a wide array of other toxins.

A friend of mine is about to embark on a perilous and courageous journey- she will be serving on a Sea Shepherd ship prepared to protect the blue fin tuna in the Mediterranean Sea. Of course we all know about Whale Wars and their fight to protect the majestic whales, but the blue fin tuna are just as endangered, nearing extinction if intervention is not swift. The blue fin tuna is a vital link in the fragile marine eco-system and the catch has declined by 80 percent in the last 10 years. How tragic that brave activist must risk their lives to defend this important species when the solution is so simple- vegan sushi anyone?

The mysterious and remarkable ocean is in desperate peril and will soon die unless we reclaim the waters and refuse to support the mass extinction that we are currently causing. Paraphrasing Captain Paul Watson- what befalls the ocean befalls us all. The world is a connected web; we cannot have a healthy planet without a healthy marine ecosystem. We have a choice to make, a choice that we face three times a day. We have a responsibility to stop eating the oceans.

Hope Bohanec has been active in animal protection and environmental activism for over 20 years. She is the Grassroots Campaigns Director for the international animal protection organization, In Defense of Animals. Hope was the Sonoma County Coordinator for Proposition 2 and soon after that victory, founded Compassionate Living Outreach. Hope offers an influential power point presentation called Eco-Eating: A Cool Diet for a Hot Planet that addresses the environmental impact of animal agriculture through peer reviewed scientific research. She is a nationally recognized leader and speaker in the animal protection movement, and a well known presenter throughout the Bay Area and across the U.S.