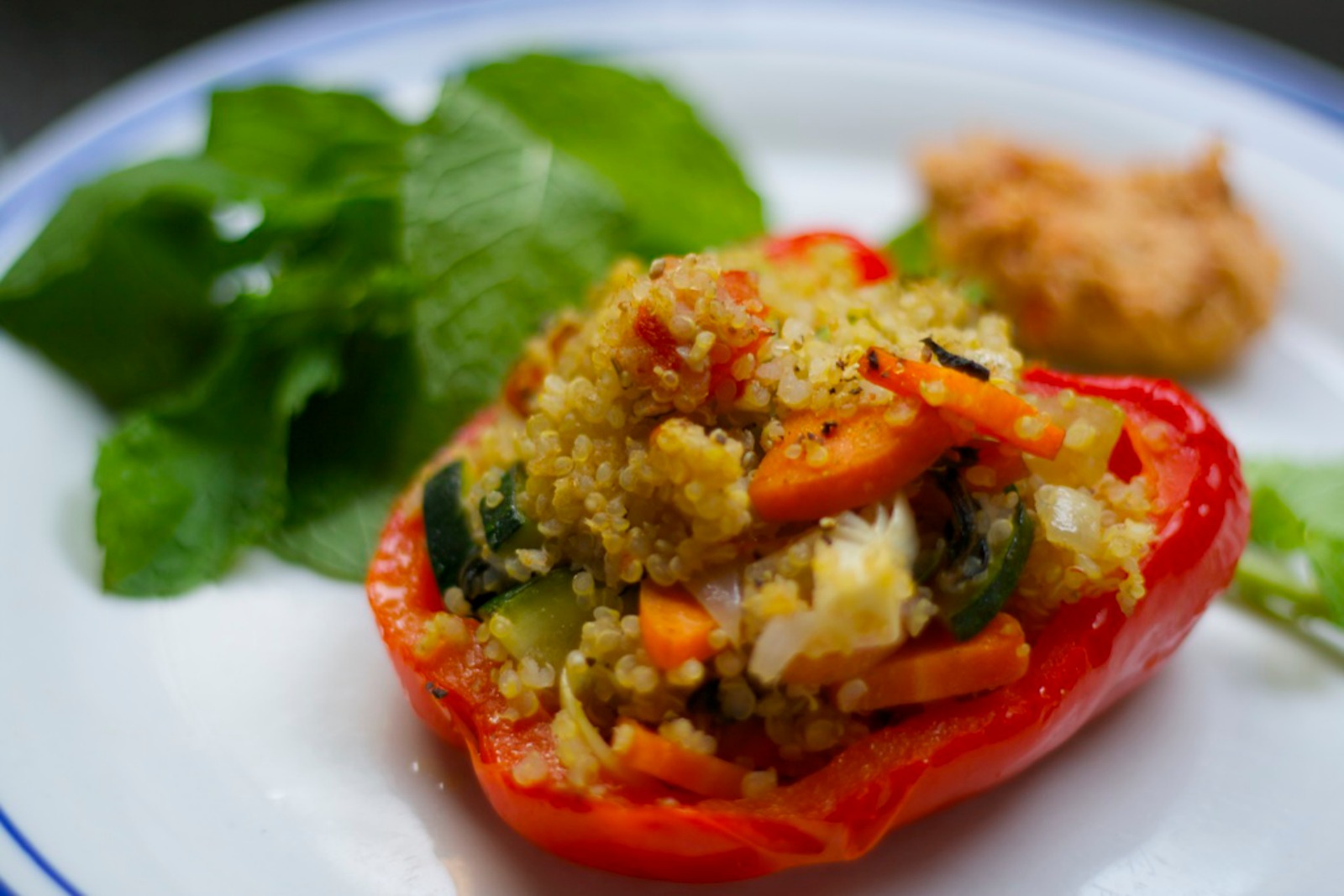 You can really clean out your fridge and use any vegetables you like. It would be nice to use an eggplant along with the zucchini, but really anything will do. The fresh mint and parsley is key, though…so much fresh flavored in there. I’ve also cooked stuffed peppers the traditional way where you cut off the top and leave them standing, but I find that this way just makes way more sense. It’s faster and easier and I can’t argue with that. I’ve used quinoa for the grain here because I love the amount of protein it provides but you could experiment with rice, orzo, couscous, buckwheat, farro, etc. You could top them off with a baba ganoush flavored hummus.