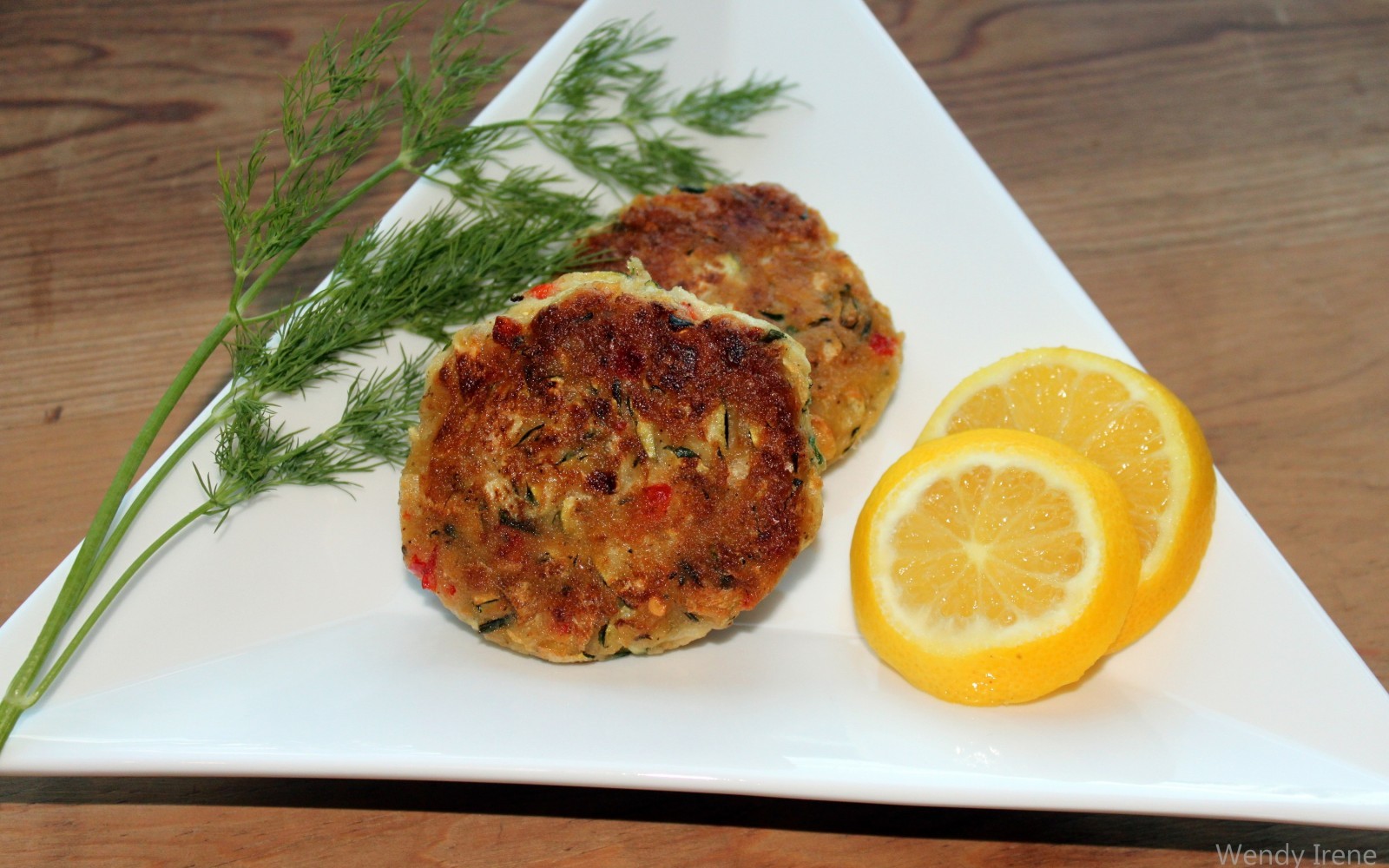 Zucchini is a delightful summer squash that is both nutrient-dense and low in calories. It is a good source of potassium, vitamin C and vitamin A, and is a low glycemic food. The zucchini adds such a nice taste and texture to the cakes, and pairs beautifully with the mustard, garlic and chives. The zucchini cakes have a crispy outside and creamy center.

Wendy Irene is a Yoga Teacher, Reiki Master, Meditation Guide, Tree Hugger, and Foodie passionate about holistic wellness. She helps people awaken their joy and tap into their intuition. Wendy is the Founder of the blog, Give Love Create Happiness, and Park and City.