Rolling Stone recently released a sobering article on the state of the planet in regards to climate change. It would appear that quite a few signs are supporting the conclusion that climate change is approaching, or, has even passed the “point of no return.”

Physical changes to the planet are setting off alarm bells for climate change worldwide, concerning scientists in the process. A study conducted by several scientists including famed climatologist James Hansen and Michael Mann concluded that a newly discovered feedback loop in Antarctica has the capacity to raise mean sea levels by 10 feet by 2065. That’s ten times faster than the rates previously predicted for sea level rise! Sea level rise is also occurring as the result of warmer global temperatures that melt sea ice.  As sea ice continues to melt, it flushes a vast amount of fresh water into the ocean which, by changing the salinity, results in slower ocean currents. And this in turn results in more extreme weather patterns in areas bordering the Atlantic Ocean.

In addition to the physical nature of the environment, ocean life has been another strong indicator of climate change’s rapidly expanding influence. Recently, warming ocean temperatures encouraged anchovies and krill to seek refuge in a cooler swath of water off the California coast. This attracted baleen whales to the area which showed up in record numbers. Walruses, over 35,000 to be exact, have also been observed cramming themselves into a shrinking cold habitat as sea ice melts in Alaska.

In tandem, ocean acidification, a growing problem resulting from increased carbon dioxide levels, has been observed weakening the shells of animals like snails as they dissolve in increasingly acidic sea water. And marine “dead zones” are increasing as warmer temperatures encourage more extreme algae blooms which will eventually choke out most marine life that stands in their way. 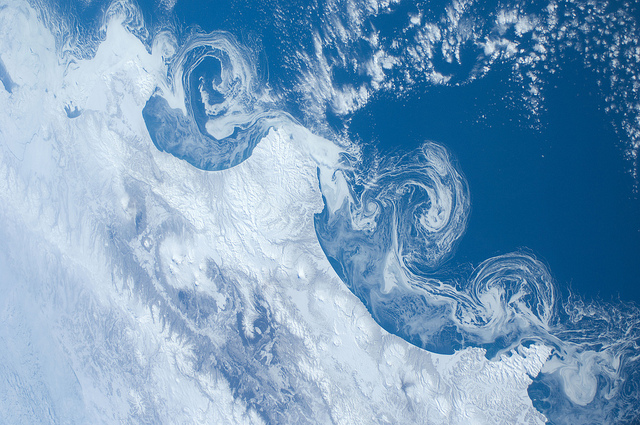 2014 was the hottest year on record based on global temperatures – that is, most likely until 2015 concludes. Given this new swath of climate concerns that have been raised by this new research, it can be easy to feel like the fight against climate change is not only out of our hands, but effectively over. This, Green Monsters, is hardly the case as there are many things you can do right now to help stave of the most extreme consequences of our climate disaster.

It is important to remember how incredibly dangerous climate change is becoming to our planet and the threat it is posing to future generations. However, we must use that knowledge to not remain afraid and inactive, but instead to compel us to create the world needed to tackle this growing monster.

1. Push For A Planet That Is Free From Fossil Fuels

Fossil fuel use is contributing massively to the imbalance of carbon dioxide in our atmosphere and oceans. In addition to finding your own ways to reduce reliance on fossil fuels at home (mass transit, more efficient personal vehicles, walking or biking, etc), you can also pressure major fossil fuel users like the United States and China to take a drastic stance in reducing their fossil fuel output. A carbon tax in these two countries alone could stand to have dramatic positive impacts, and may encourage other countries to take a similar stance.

To be certain, carbon dioxide is fine and good when its presence is balanced. But human activity is leading to an imbalance of carbon dioxide in our atmosphere where it is accelerating climate change, and in our oceans where it is lowering the pH of the water and making it more acidic. Remediation is the answer for a rogue toxin like carbon dioxide, and you can help the planet sequester the excess levels. Plant a tree– the planet can help absorb some of the extra carbon dioxide we’ve pumped out, but giving it a little help will do a world of good.

3. Boost The Organic and Local Food In Your Life

Adopting a diet that is free of animal products is already doing wonderful things for the planet. Take it a step farther now and aim for organic and locally grown produce. Organic veggies don’t utilize chemical fertilizers which carry a larger carbon footprint, and typically don’t require the massive fossil-fuel powered equipment used in conventional farming. If you can keep that organic produce as local to you as possible, you’ll also be cutting fossil fuels used in the transportation of getting your food from farm to table.

Garbage in landfills releases methane which is a greenhouse gas. With a little forethought and effort, you can eliminate some of those emissions. First, let less waste enter your life. Aim for less packaging where you can, and use reusable water bottles and shopping bags. Then address the waste you can’t avoid. Direct organic waste to a composting system, whether it is municipal or one you keep at home. Make sure anything and everything that can be recycled ends up in the recycling bin.

This last point might be one of THE most powerful things that you can do to protect the future of the planet. One Green Planet believes that our global food system dominated by industrial animal agriculture is at the heart of our environmental crisis.

“The real war against climate is being fought on our plates, multiple times a day with every food choice we make,” says Nil Zacharias, co-founder and Editor-in-Chief of One Green Planet, “one of the biggest challenges facing our planet, and our species is that we are knowingly eating ourselves into extinction, and doing very little about it.”

We can all make a difference right now to help the planet step back from the point of no return by eating less of meat and dairy products and putting more plant-based foods on our plates. By choosing to eat more plant-based foods you can drastically cut your carbon footprint, save precious water supplies and help ensure that vital crop resources are fed to people, rather than livestock. With the wealth of plant-based options available, it has never been easier to eat with the planet in mind.