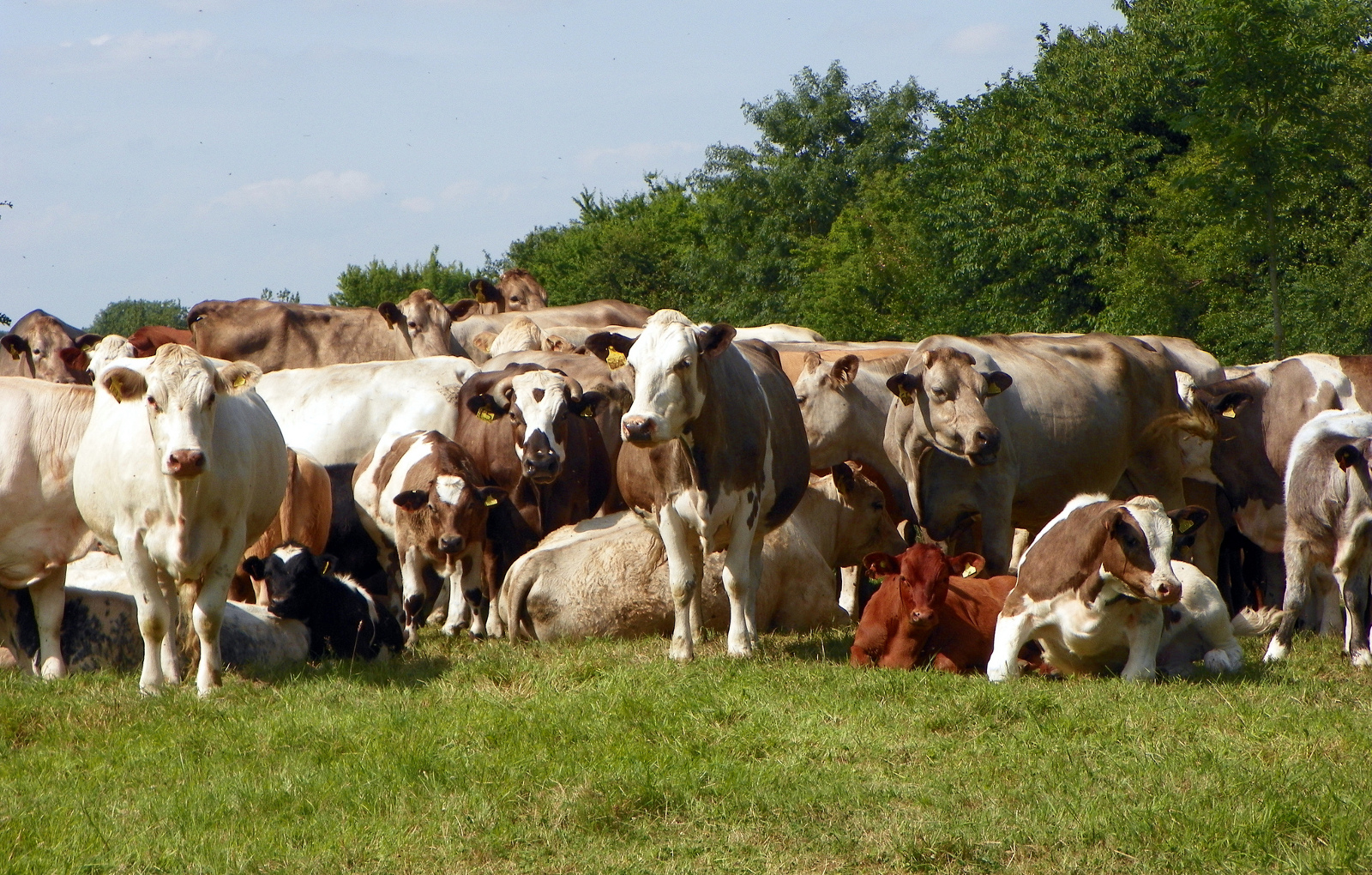 There’s a silent killer on the loose in our local waterways. It drifts along streams and coastlines, gobbling up oxygen and suffocating and sickening a myriad of aquatic life. “Dead zones” are the unintended consequences of our agricultural system trying to pump as much profit out of the land as possible.

Dead zones describe areas where hypoxia is taking place – basically an area of water with decreased levels of oxygen. Dead zones can fluctuate in size with the seasons and move with the tides, but their presence is essentially guaranteed in areas where excess nutrients from conventional agricultural operations enter waterways.

The Making of a Dead Zone

First, let’s delve into the science behind dead zones to understand how and why they actually occur. Eutrophication happens when excess nutrients enter a waterway—be it stream, river, or ocean. Too much of a good thing results in a lot of very bad things. Extra nitrogen and phosphorous encourage algae growth which results in algal blooms. As the algae dies, bacteria begin to decompose the algae. Much of the dissolved oxygen in the water gets used up in this process, causing drops in oxygen or hypoxic conditions. This is bad news for anything living in the area.

The algae bloom itself can be dangerous depending on the algae species that are rapidly multiplying. If it’s a species that produces toxins, the resulting bloom is termed a harmful algal bloom (HAB). These toxins can sicken and kill shellfish, fish, turtles, birds, marine mammals, and any other animal in the region. HAB’s can even harm people if they come into contact with the bloom, or if the HAB is happening in their drinking water supplies.

The possibility of toxins is one issue, but the depleted oxygen levels from the algae’s decomposition is another. Some animals are able to sense the changes in oxygen availability and move away from a dead zone. Others can’t move or are unable to find better oxygen levels before they suffocate. As animals die, bacteria decomposes their bodies, and more oxygen is eaten up in the process. It’s a vicious cycle.

Where in the World?

Dead zones can be observed anywhere that excess nutrients accumulate and algae can bloom. However, there are a few notable areas where devastation is well known and widespread.

The Gulf of Mexico dead zone is, perhaps, the best known dead zone in the United States. In 2014, it spanned 5,052 square miles. This dead zone is found off the coast of Texas and Louisiana and is fed by the fertile inputs of the Mississippi River. All of those agricultural operations in the Midwest that empty into the Mighty Mississippi feed extra nutrients into the Atlantic where a dead zone peaks during the warmer months of the year, every year.

The Chesapeake Bay is another area that is battling a dead zone. The Susquehanna River carries extra nutrients from agricultural operations in the area, and deposits them into the ocean once the water hits the coast. The phenomenon is a detriment to local wildlife including fish, oysters, and crabs.

Lake Eerie has its own battle keeping oxygen levels high enough for aquatic life. The body of water has an especially difficult time with the phosphorous loads it receives from local agricultural operations. This, in addition to stresses the lake receives during drought, make for a difficult fight to keep fish alive.

In addition to these noteworthy dead zones around the United States, you’re likely to observe hypoxia around you in your local waterways. Anywhere that is situated to receive excess nutrients may become biologically overwhelmed, encouraging the deadly cycle to begin.

So, what does animal agriculture have to do with eutrophication? A lot, actually. While dead zones can and do occur naturally, man has, unfortunately, tipped the scales quite a bit when it comes to this phenomenon

First, consider all the extra poop produced by livestock. The Environmental Protection Agency estimates that roughly 335 million tons of manure (measured in dry weight) is produced by livestock in the United States each year. And if a farm doesn’t have a treatment system in place to handle that waste, the nutrients from this manure can end up in groundwater or surface water, only to flow into and accumulate in a lake or ocean. That is a ton of extra nutrients in the water! Actually, that’s 335 million tons of extra nutrients.

The piles of poop are just one part of the equation. There’s a reason those cows and pigs are pooping and it’s the cause of some of the extra burden of nitrogen and phosphorus the ecosystem is forced to handle. An estimated 85 percent of soybean production worldwide goes into livestock feed. And an estimated 80 percent of U.S.-produced corn ends up as animal feed. As you can guess, a lot of fertilizers go into the growing of these crops. In 2011, 22 million tons of fertilizers were applied to crops in the United States. Sadly, only about 50 percent of fertilizers are actually taken up by the crops themselves. The rest end up somewhere else, like a waterway.

Obviously the production of vegetable-based calories for a vegetarian or vegan can contribute to excess nutrients in a waterway. But animal agriculture places a much heavier demand on the system with not only the inputs needing for animal feed, but also the waste once livestock has consumed that feed. Animal agriculture certainly plays a major role in contributing the excess nutrients to waterways where dead zones occur.

Put LIFE Back in Dead Zones

You may not be able to single-handedly stop man-made dead zones from occurring. But there is a lot you can do to help the situation in our local waterways.

1. Cut Back on Meat Consumption

First, lay off the meat. Waste from the meat industry is one of the causes of excess nutrients in aquatic ecosystems. When you remove steak and pork chops from your diet, all that manure your dinner was producing is no more. Plus, all those fertilizers that went to grow the feed for your meat-based meals are also no longer needed. You can remove an awful lot of extra nitrogen and phosphorous from the system when you no longer rely on animal sources for nutrition. You may choose to go vegan or vegetarian for the cows and chickens you’ll save, but don’t forget about all of those other animals down the stream that will also thank you! Make sure you connect with us on social media via #EatForThePlanet to share the wonderful things you’re doing for the planet with your diet.

Second, get more in touch with a sustainable veggie-based diet. Obviously removing meat from your diet will eliminate a massive amount of nutrients flowing into local aquatic ecosystems. But you also want to avoid eating genetically modified soy burgers that are pumped up on extra fertilizers. Opt for the organically-grown options when you can so you can avoid all of those nasty conventional fertilizer inputs that are equally a problem in both meat and vegetable production

Finally, get educated on what is happening with your local agricultural management. As science begins to uncover the harmful impact that agriculture has on our waterways, there are and will be changing rules for agricultural operations. Whether those are standards for soil conversation, quality of runoff water, and fertilizer application, it’s important to stay up to date with what farms local to you are doing to prevent dead zones. In cases where public input is applicable, speak up!

Talking about massive swaths of oceans, lakes, and rivers that are devoid of life because of human activity can be a dreary business. But don’t allow the sad facts to get in the way of action. Remember that you can make choices every day with your diet and the way you choose to speak out in your community that will help the environment.