Toxic Algae Blooms Threaten Humans and Marine Animals: How We Can Make a Difference 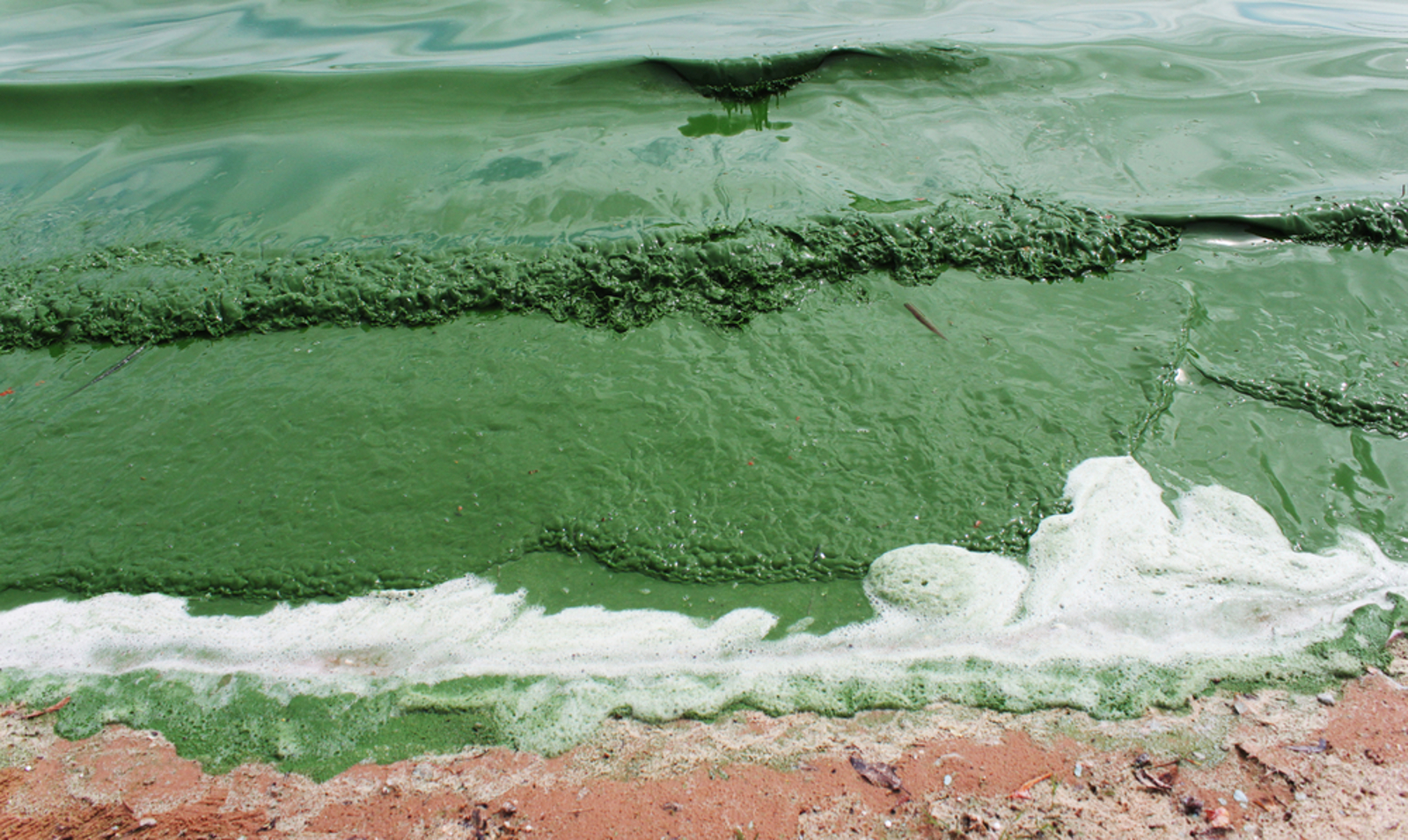 At the beginning of spring 2016, something began growing in the vast depths of Florida’s Lake Okeechobee, the third largest natural freshwater lake in the U.S. The water began to fester and putrefy, slowly changing in hue from blue to a rancid green, its waves now viscous and sordid. Above the water, a palpable smell hung in the air, most similar to the pungent stench of decaying flesh. And while the lake rotted, enormous amounts of rain poured over central Florida, causing the water levels in Lake Okeechobee to rise above those that could be safely contained by an aging earthen dike, built 80 years ago to hold back the floodwaters.

So the Army Core of Engineers, the organization tasked with managing waterways within the U.S., faced a difficult decision: allow the water to continue rising and risk the danger of flooding to local communities, or open the floodgates and let the contaminated water flow through rivers out to estuaries and the sea. The Army Core choose the latter, which seemed to be the least of two evils.  But now, the green effluence that began slopping at the shores of Okeechobee months ago has grown into a natural disaster that can be seen from space.

The cause of the green water is the growth of single-celled organisms known as cyanobacteria (sometimes incorrectly called blue-green algae). Florida, as well as several other states and countries in other parts of the world, have a repeated history of these “algal” blooms, which can have serious negative effects on humans and the environment. Cyanobacteria produce several toxins that, if ingested by humans or animals, can cause symptoms as mild as a skin rash and as severe as death. They’re also thought to be linked with the development of neurological disorders like Alzheimer’s disease and ALS in some people. When the cyanobacteria infestation begins to die off, it’s degraded by bacteria, significantly increasing the amount of respiration in a given body of water. Consequently, dissolved oxygen levels decrease, causing massive fish kills through asphyxiation.

The Cause  – and Our Food System

Cyanobacteria naturally occur in small numbers in freshwater lakes and streams. They’re autotrophic, meaning they make their own energy from the sun and were actually the first organisms to ever photosynthesize; without them, it’s likely that life on Earth would look very different from what it does today. The problem comes when run-off from agricultural fields, cow pastures, and urban areas accumulates in large bodies of water.

Phosphorous, in particular, is a limiting nutrient for the uncontrolled growth of cyanobacteria, and a lot of it makes its way into Lake Okeechobee from various sources; even rainwater has some dissolved phosphorus in it, but much of it comes from human activity. The watershed to the north of the lake, some 5,400 square miles, is dotted with dairy farms and cattle ranches, as well as a lot of people. In fact, the number of residents that live in the watershed area, which starts just south of Orlando, has more than doubled in size in the last 35 years, from about 1 million to 2.6 million people.

As of 2008, however, by far most of the anthropogenically sourced phosphorus came from beef farms, which contributed about 235 metric tons of the nutrient per year to tributaries in Lake Okeechobee’s northern watershed. To put that into perspective, the EPA’s established limit for the amount of phosphorus that should find its way into the lake from human sources is 105 metric tons per year. According to Bill Mitsch, director of the Everglades Wetland Research Park, the problem is simple: “What’s going on in Florida, it’s happening all around the world now. There are too many people, too much food production, too much fertilizer on the landscape.”

Compounded with these problems is the fact that Lake Okeechobee is no longer allowed to flow freely as it was used to. Water once flowed from the Okeechobee all the way to the Everglades as a shallow river up to 50 miles wide, but this river was blocked in the mid-1900s to help mitigate flooding and to clear the way for agricultural fields. The containment of so much water is conducive to the buildup of Phosphorous, causing algal blooms, and the lack of freshwater in the south has led to increased salt water intrusion in the Everglades. 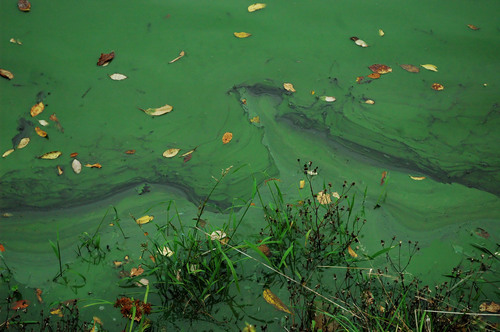 The good news is that the problems surrounding the containment of water in Lake Okeechobee, such as the recurring algal blooms, are too glaringly obvious for officials to ignore. In 2000, Congress gave the okay to the Comprehensive Everglades Restoration Plan, touted as being the largest restoration project in the world to date. One of the tenants of the plan is to let freshwater from Okeechobee flow south again, and about 57,000 acres of artificial wetland have been constructed to help absorb excess nutrients from the water before it reaches the Everglades, where it could kill off native plants. According to Mitsch, “It’s a hydrological mess right now, but it’s not unsolvable.”

Animal agriculture plays a huge role in disrupting ecosystems across the U.S. and seeing the potential impact that algal blooms triggered by additional nutrients in the water can have on endangered species, like manatees, we have to ask ourselves if it is really worth it? Is having more cheeseburgers really worth degrading critical marine habitats?

The good news is we can all have a hand in reducing animal agriculture’s impact by simply reducing, or eliminating, the amount of meat and dairy we consume on a daily basis. If the overall demand for these products were to decrease, we’d no longer need massive factory farms housing tens of thousands of animals that produce more excrement than the entire human population combined…

As the leading organization at the forefront of the conscious consumerism movement, it isOne Green Planet’s view that our food choices have the power to heal our broken food system, give species a fighting chance for survival, and pave the way for a truly sustainable future. To learn more about how you can use your food choices for good, join One Green Planet’s #EatForThePlanet movement!