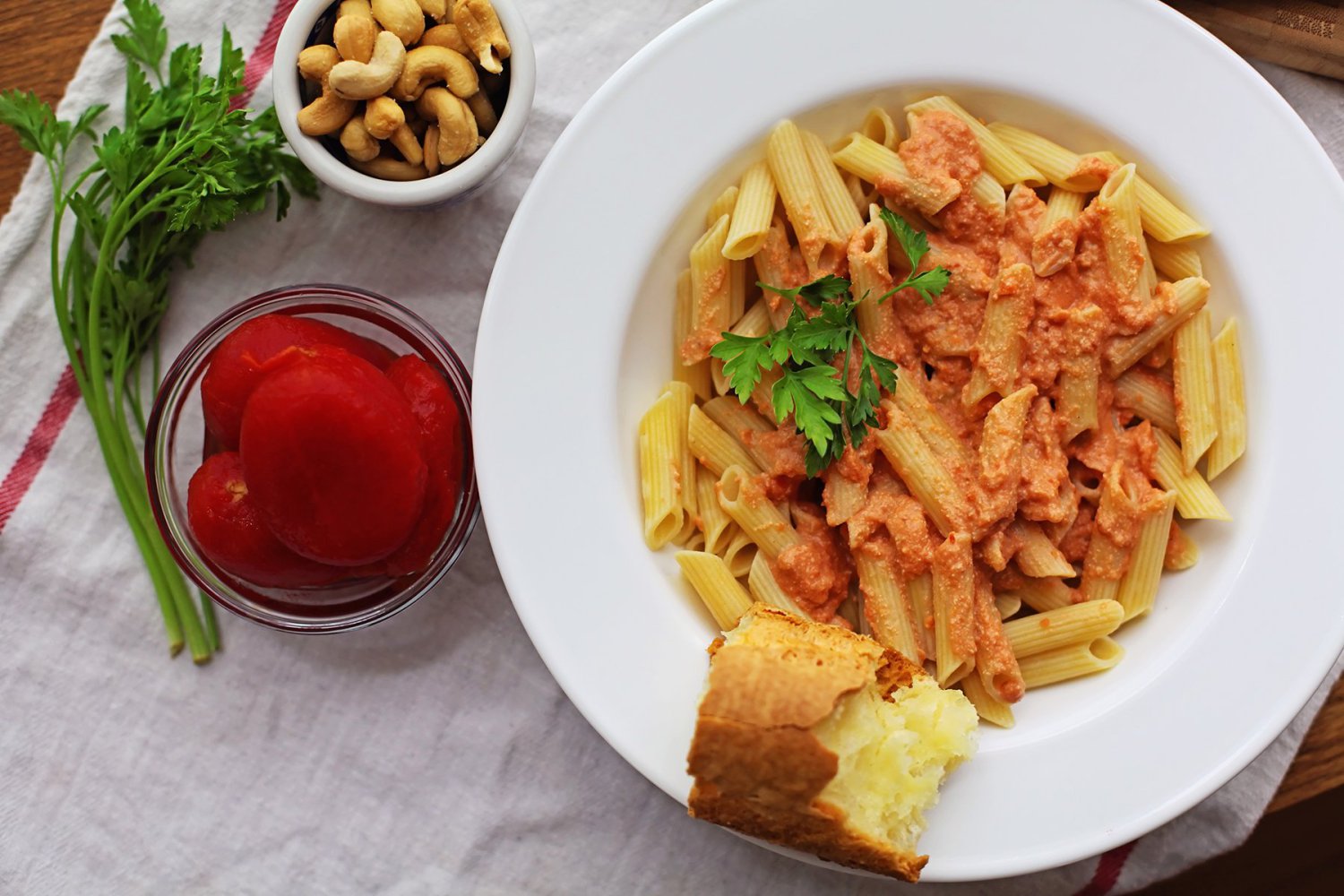 Eating vegan can get expensive if you let it, but it can also be done frugally with the right recipes in mind. There is no shortage of cheap vegan meals that are just as delicious and nutritious as more expensive ones! You just need to know what to look for. The trick to cheap vegan meals is planning ahead and buying foods like steel-cut oats, whole wheat flour, dry legumes, canned beans, peanuts, and corn kernels in bulk, since they can be stored for a while on the shelf. Try these 10 plant-based meals from the Food Monster App you can make for under $10: 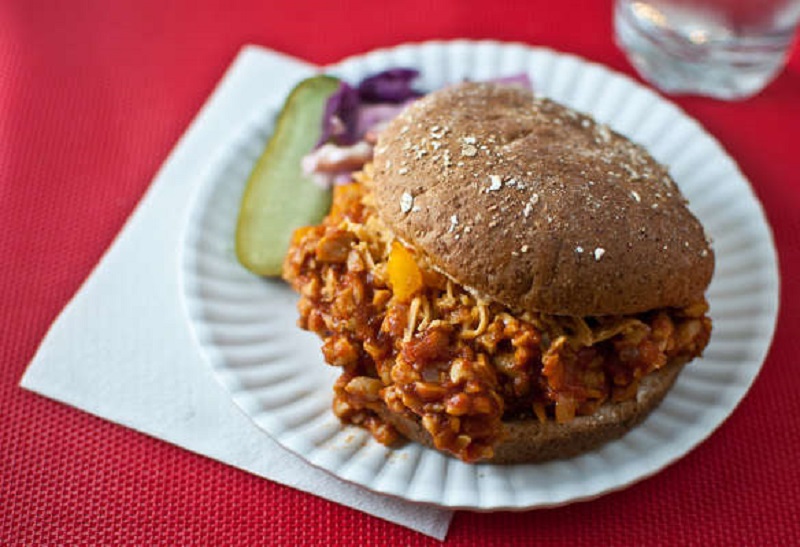 Vegan Sloppy Joes are a fantastic family meal. Several ingredients could be used in place of cow meat for the base, such as lentils, chickpeas, and black beans. 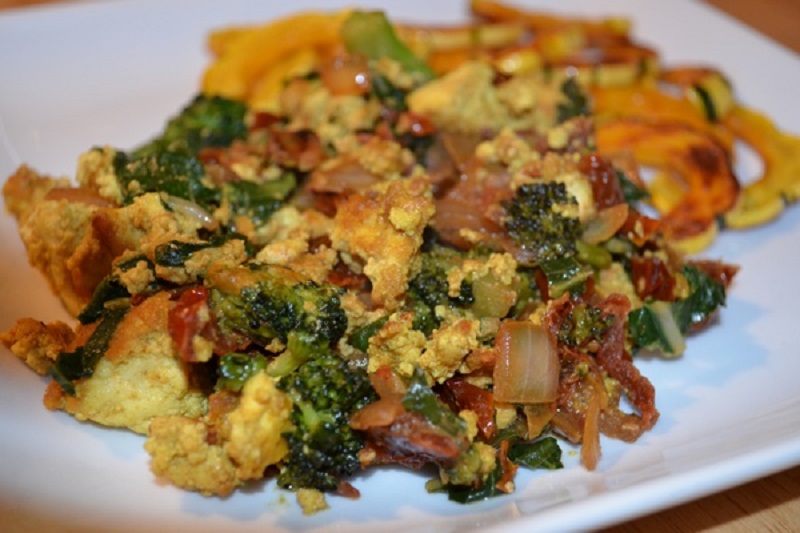 Mimic a morning egg scramble by using tofu instead, along with your choice of spices and veggies. Try spinach and nutritional yeast in a Tofu Scramble with Spinach and Nutritional Yeast. 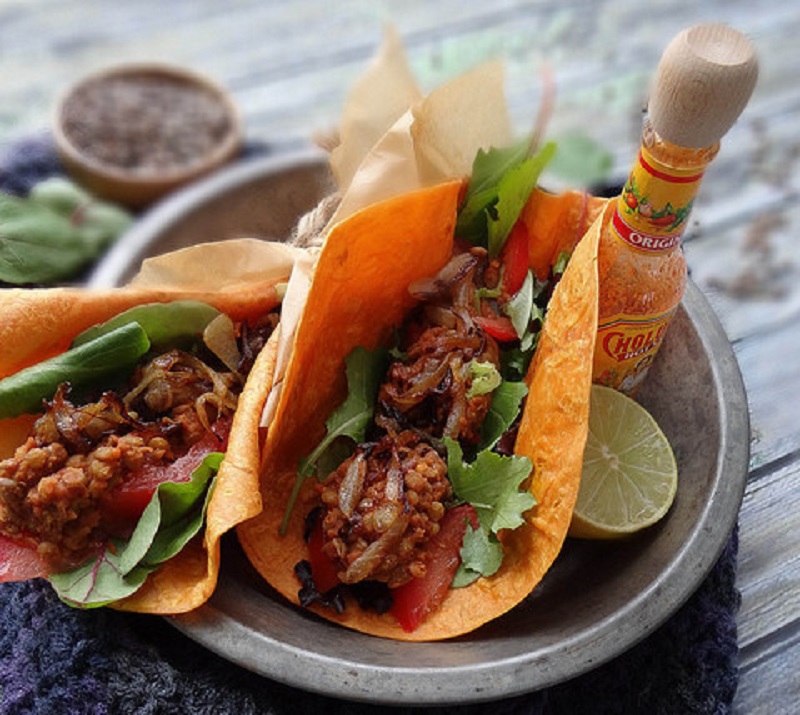 Honoring Taco Tuesday can be as cheap and simple as having some black beans and rice with salsa fresca and lettuce. Dry legumes are very cheap, especially when you buy them in bulk. Get creative and try experimenting with vegan taco recipes, like lentil tacos, falafel tacos, and Tacos sin Carne. Check out these tips for veganizing tacos. 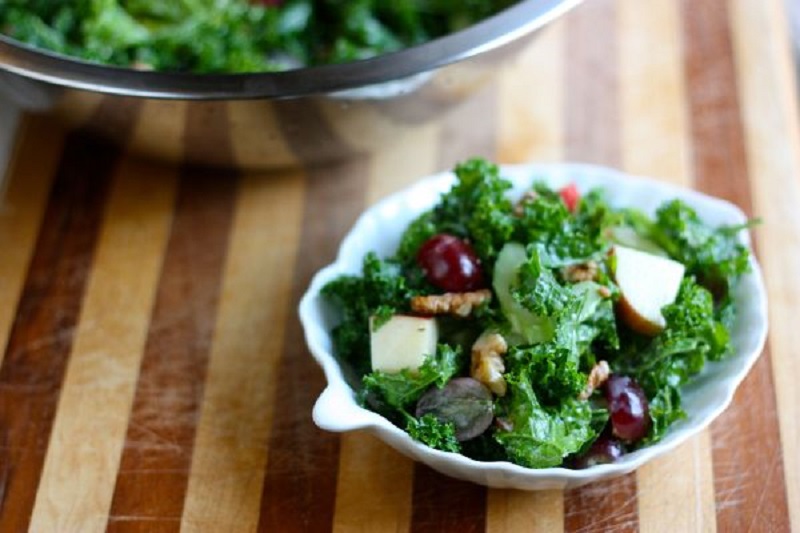 Kale is a powerhouse green with several nutritional benefits, so eat up and use it to frame a delicious salad. Try Vegan Kale Waldorf Salad or Cheezy Kale Salad (leave out the dates and hemp seeds to lessen the cost of making this recipe if you prefer.) 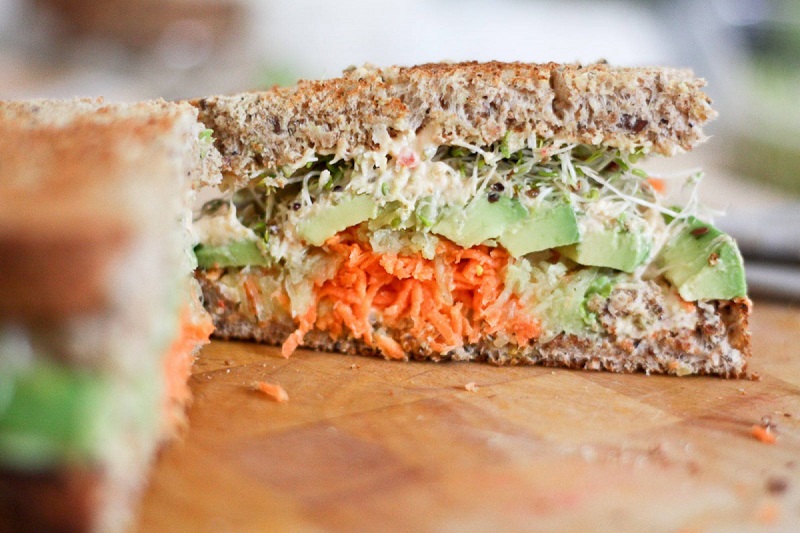 Chickpeas aren’t expensive, especially if you buy them dried and in bulk. Even canned chickpeas are pretty cheap as well. Hummus is a great binder on sandwiches. Try it on the Vegan Humdinger sandwich. 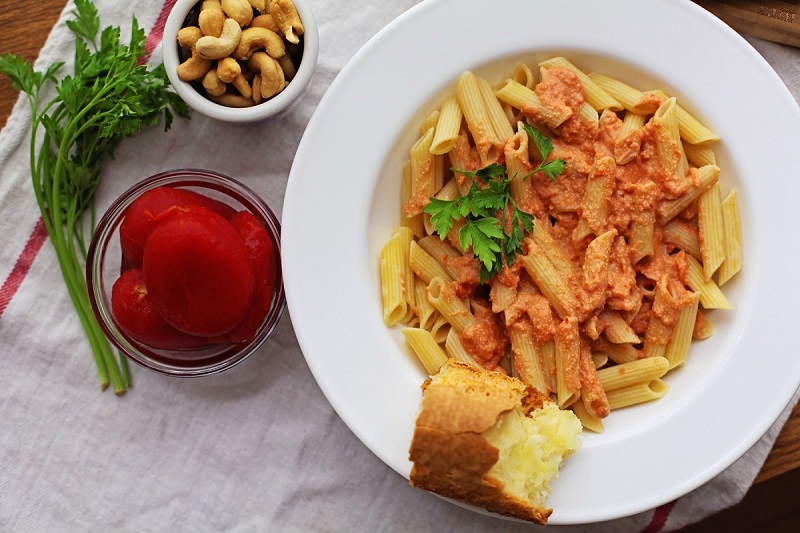 This Pasta With Vodka Cream Sauce is hearty, filling, and is great for busy nights when you want to use packaged foods such as rice pasta and organic tomato sauce. Combine those with cashews and vodka, and voila, you have a delicious sauce and a cheap meal. 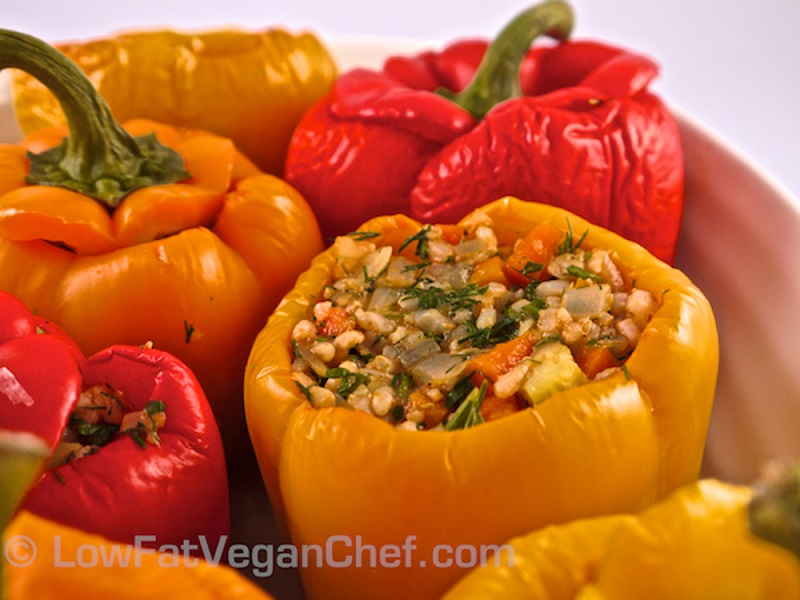 A rice-based filling make stuffed peppers into a meal that won’t break the bank, but will also fill you up. Try Fat-Free Vegan Greek Rice Stuffed Peppers. 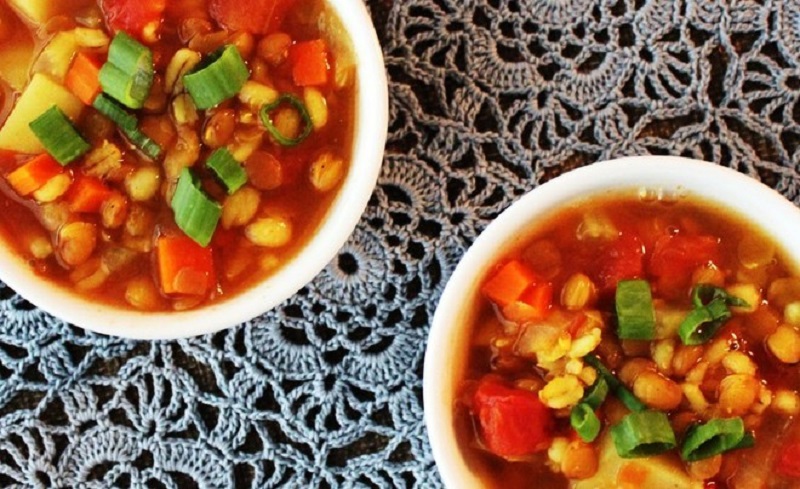 Soups are so easy to put together. Though you can make some expensive, elaborate soups, you can also keep it as simple as throwing 5 ingredients into a pot of water on the stove. Try Hearty Barley-Lentil Soup with Potatoes. For raw soups, try Raw Green Pea Soup and Raw Carrot Avocado Soup. 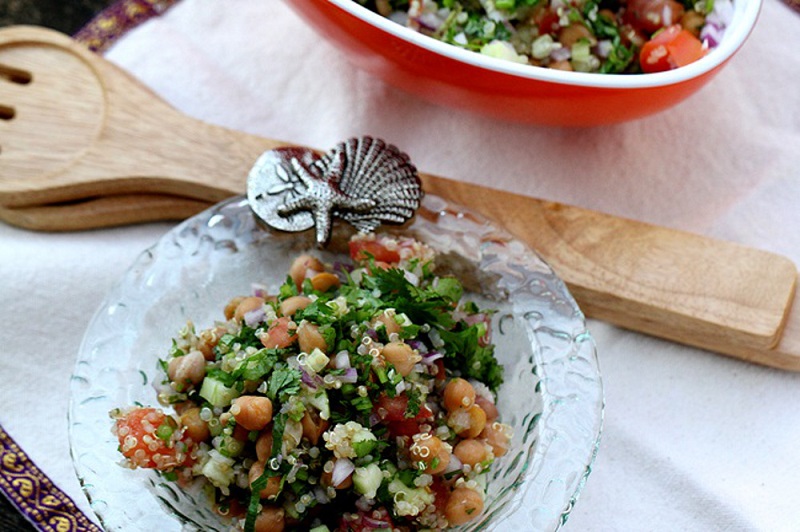 Quinoa is a complete protein, so adding it with some oil and veggies makes a nutritious, filling meal. Try Cleansing Quinoa Carrot Salad with Super Zesty Lime and Ginger Dressing and Protein-Packed Vegan Salad with Quinoa, Chickpeas, Lime and Cilantro. 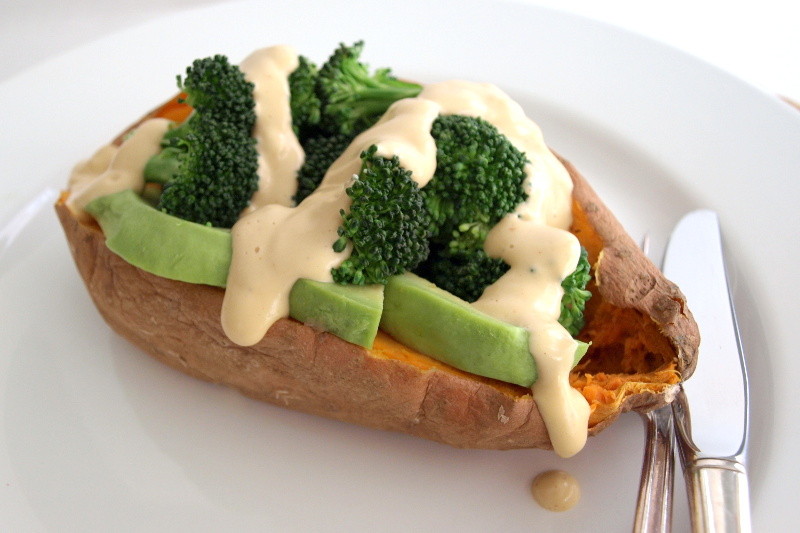 Bake a sweet potato and top it with black beans, cilantro, and tomatoes for a cheap, quick meal. You can also top it with broccoli and avocado in this Baked Stuffed Sweet Potato and Sriracha Cashew Cheese Sauce.

What are some of your favorite vegan recipes that are inexpensive to make? Let us know in the comments!

Honoring Taco Tuesday can be as cheap and simple as having some black beans and rice with salsa fresca and lettuce. Dry legumes are very cheap, especially when you buy them in bulk. Get creative and try experimenting with vegan taco recipes, like lentil tacos, falafel tacos, and Tacos sin Carne. Check out these tips for veganizing tacos.

You can find these recipes and many more on our Food Monster App. With over 10,000 recipes right in the palm of your hand, you’ll always have something delicious and new to try. It’s available for both Android and iPhone, and can also be found on Instagram and Facebook. Full of allergy-friendly recipes, subscribers gain access to new recipes every day. Check it out!