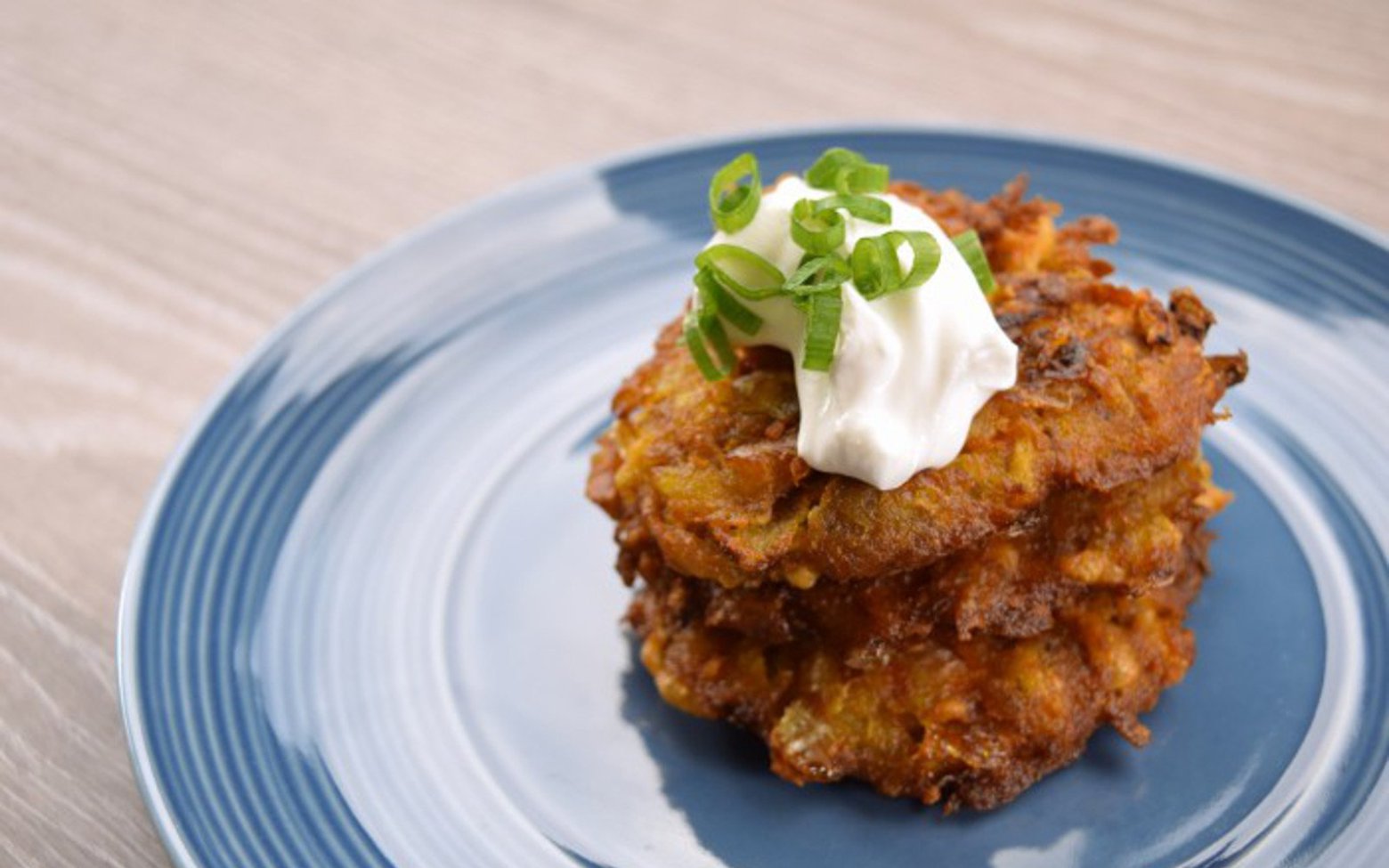 Hanukkah is quickly approaching and that means lots of traditions – playing with dreidels, lighting the menorah, and eating lots of fried foods! Hanukkah celebrates the victory of the Maccabees, the rededication of the Holy Temple in Jerusalem, and the miracle of oil lasting eight nights when there was only enough for one night. It’s because of this miracle that we celebrate the holiday with lots of oil in the form of fried foods. Latkes (potato pancakes) and sufganiyot (doughnuts) are both traditional Hanukkah recipes.

We scoured the Food Monster App for our most celebratory recipes and we’re left drooling over these tasty finds. There’s a little something for everyone; plenty for the sweet tooths, low fat recipes for the health conscious, and “meaty” recipes for those looking for something hearty and indulgent. Let’s dig in and let the celebrations begin! 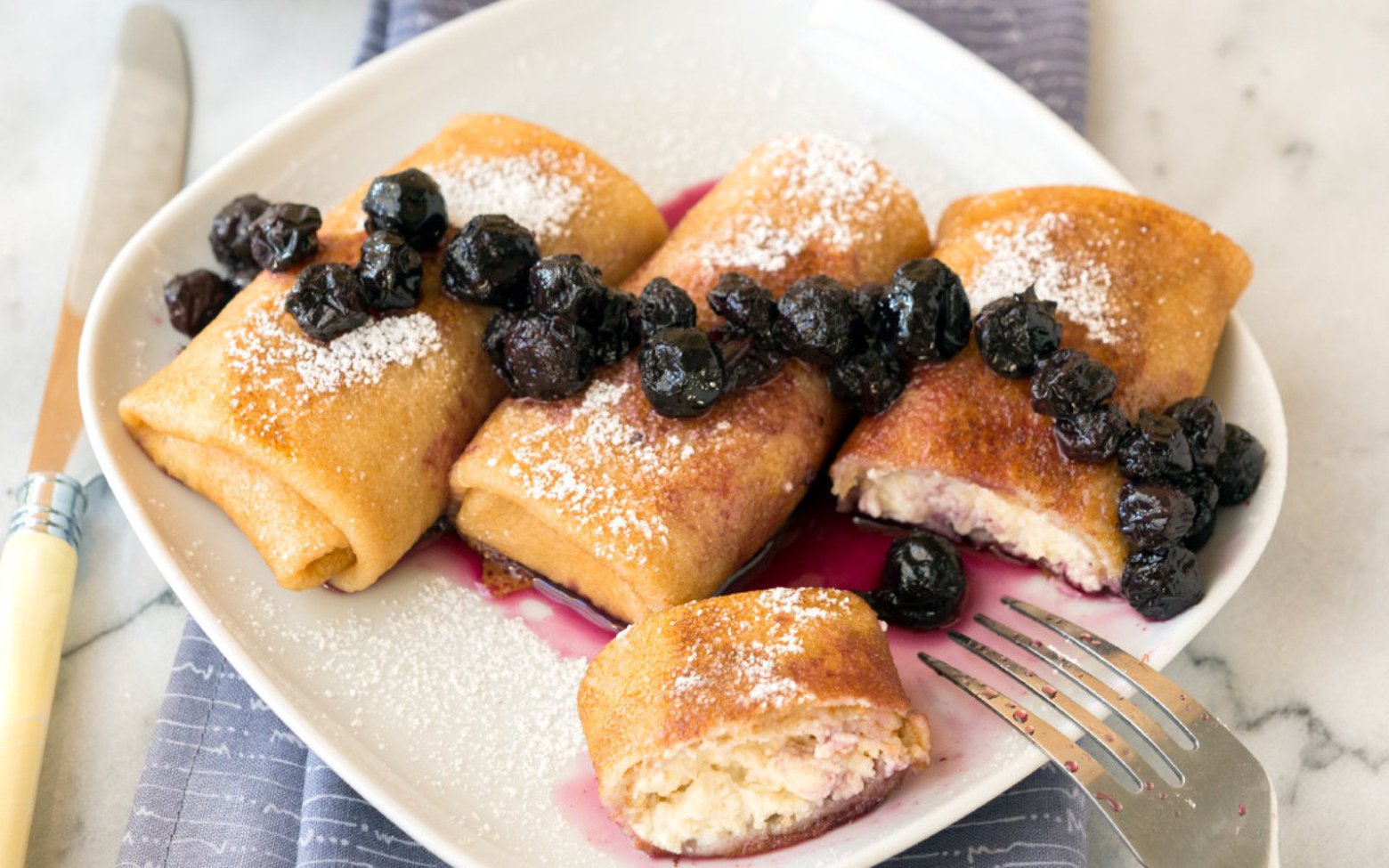 Bring a Katz’s Delicatessen classic to your Hanukkah celebration with these vegan Cream Cheese Blintzes With Blueberry Drizzle from NYC Vegan. Rather than dairy-based cheese, these pastries are filled with a combination of tofu and vegan cream cheese. Drizzle on some of the blueberry sauce for the perfect touch of sweetness.

2. Challah Made With Aquafaba 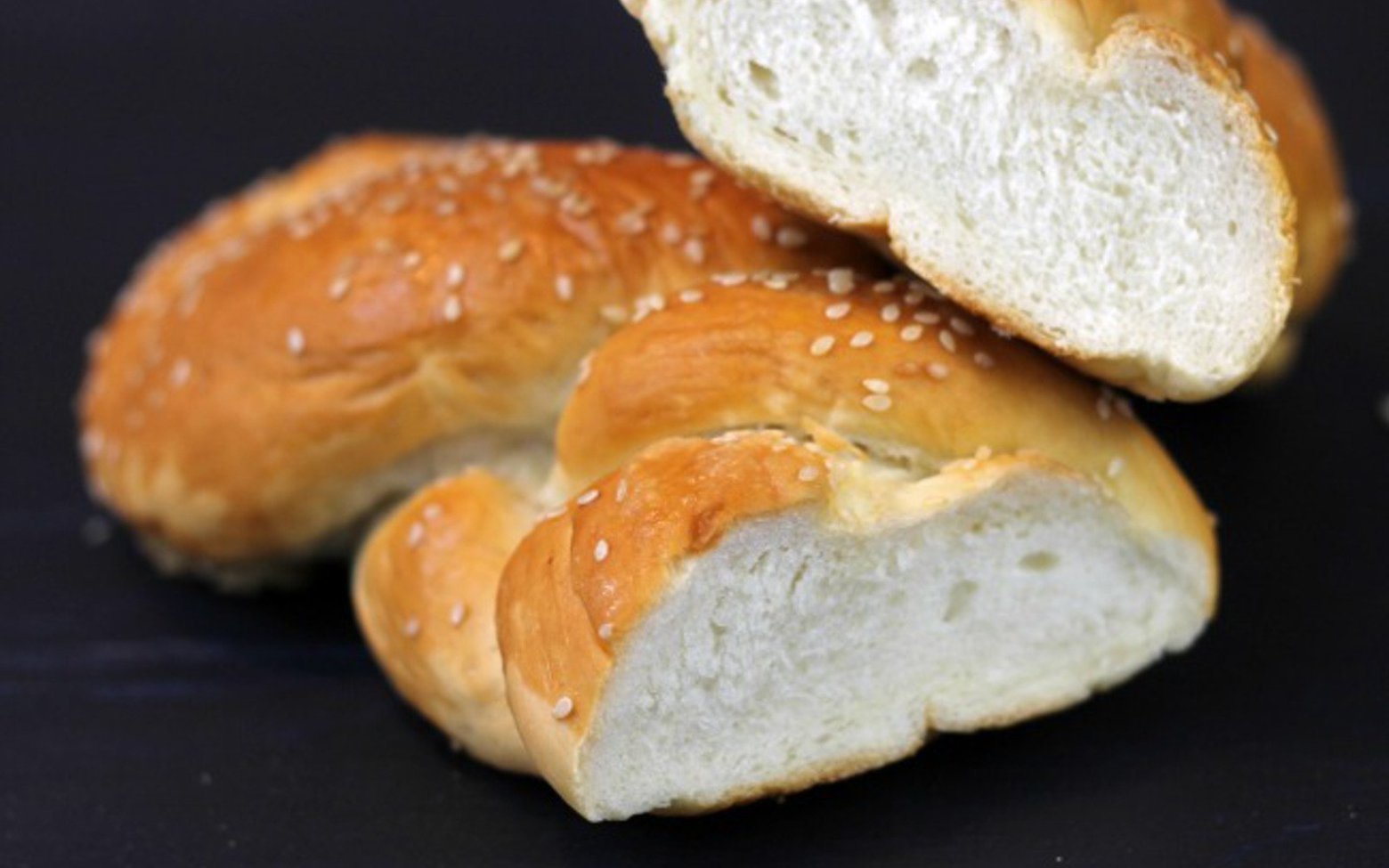 Source: Challah Made With Aquafaba

Rebecca Coleman‘s Challah Made With Aquafaba is based on the iconic, delectable Jewish bread that is a little sweet and has a glossy, glazed top. It is traditionally made with eggs, but this brilliant recipe swaps eggs for aquafaba (aka, the liquid from a can of chickpeas) and the result is wonderfully fluffy challah. You can also accent it with different flavors; kosher salt, poppy seeds, and sesame seeds are all popular ways to stud the top of your loaf. 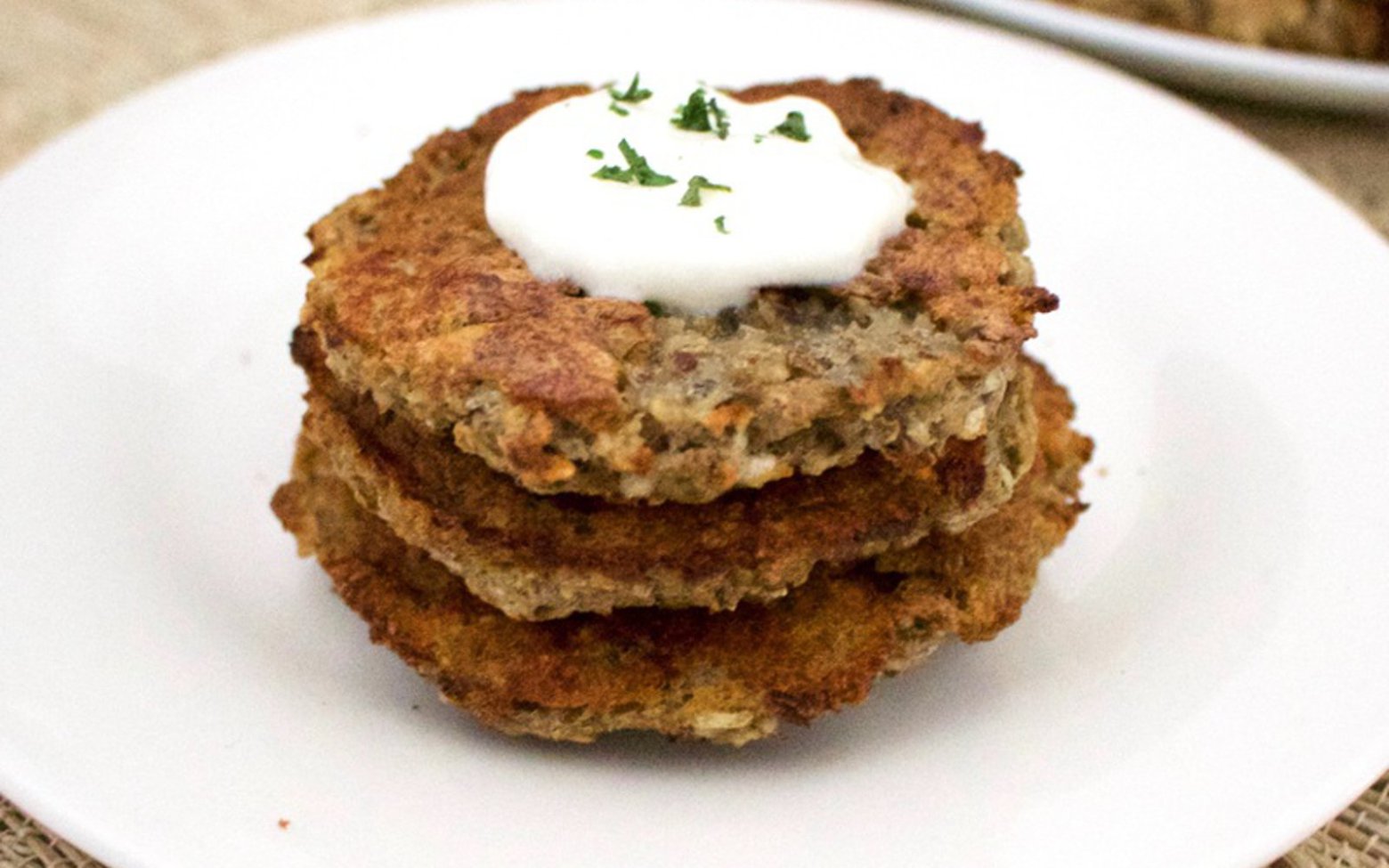 Oven-Baked Latkes, also known as potato pancakes, are delicious — after all, they’re made from potatoes! Typically, they are fried and loaded with oil and fat … Enter these by Annie Markowitz that are equally-as-delicious, slightly crispy, oven-baked, oil-free latkes! Seriously, that is unheard of in the latke world. Serve these with a dollop of vegan sour cream or applesauce for the perfect flavor pairing. 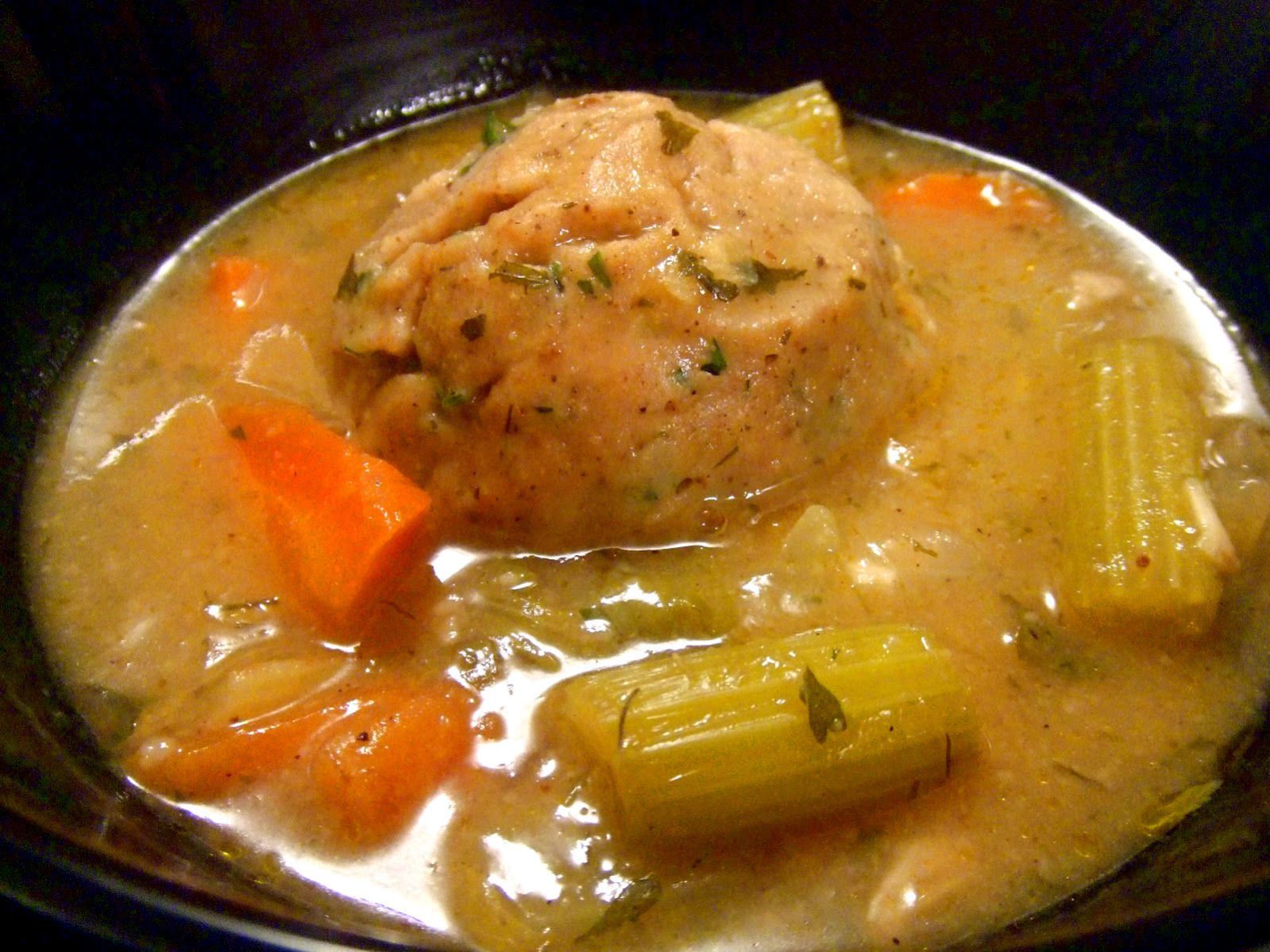 Holidays, family, and memories. They go together like “chicken” soup and vegan matzo balls. This Matzo Ball Soup by Rhea Parsons makes for a great side of main for a Hanukkah celebration. Plus, it’s super easy to make a big batch and put it in a crock pot to travel to wherever you need to go! 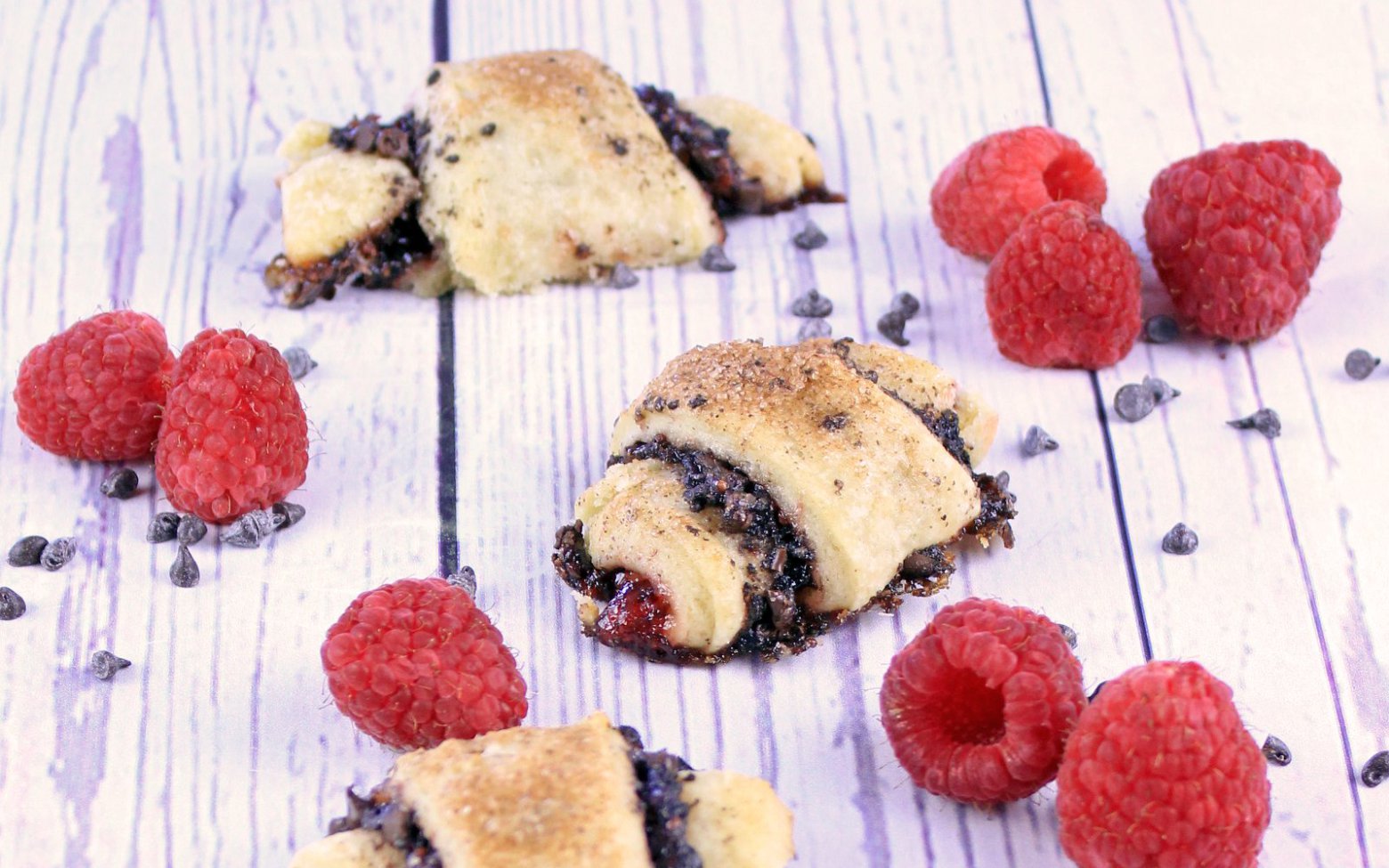 In these Chocolate Raspberry Rugelach by Gretchen Price, vegan cream cheese mixes with raspberry jam and melted chocolate chips for a creamy, chocolatey, tangy dessert you’ll love. The “cream cheese” adds a back note of creaminess that is so surprising in a cookie! No one will believe that these traditional cookies can be dairy-free and this delicious. 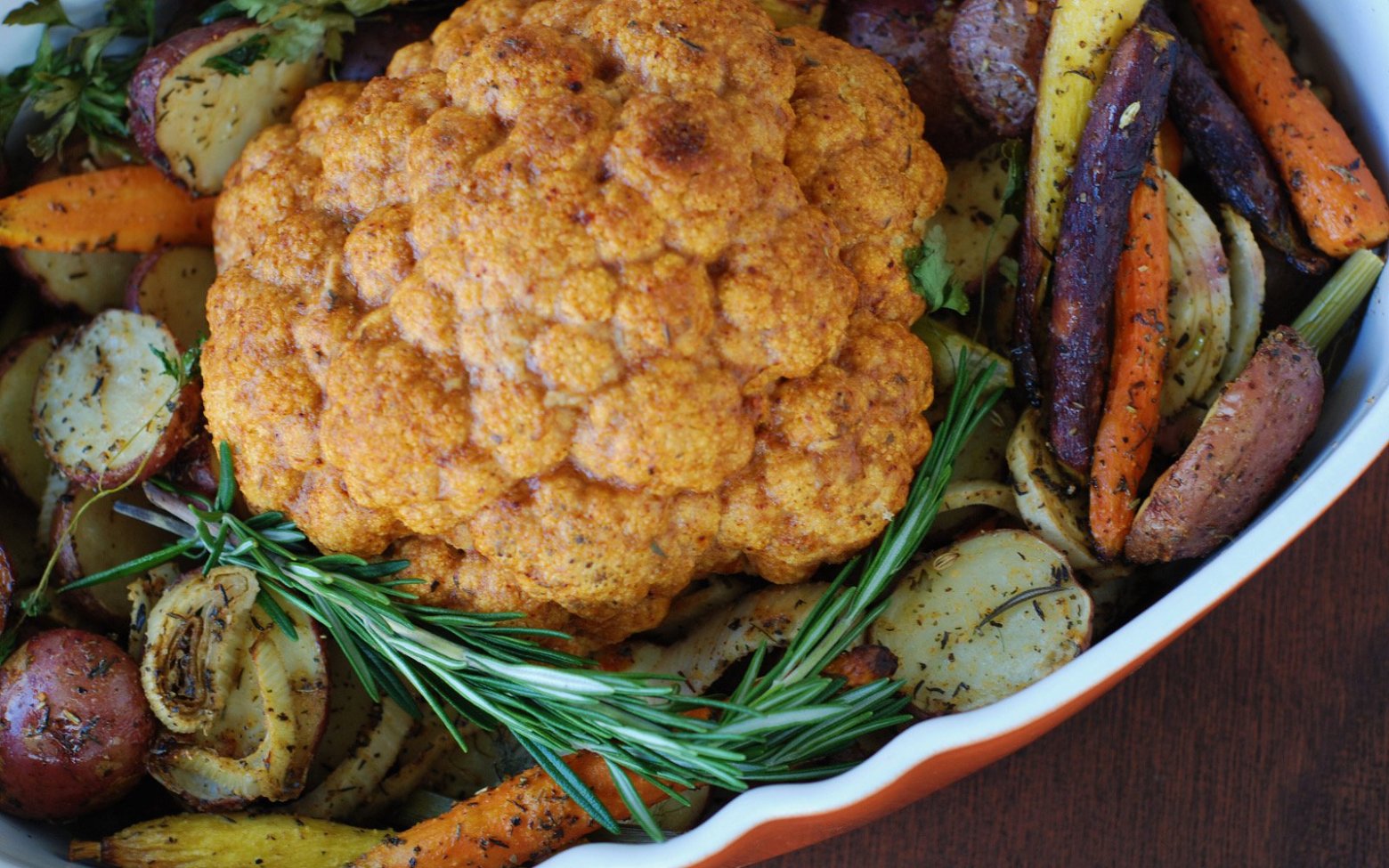 This Cauliflower Pot Roast by the Cruelty Free Family is one of the most delicious foods on the planet, and the presentation in this recipe makes it fancy enough to serve at more formal Hanukkah celebrations. The accompanying gravy is packed with lentils, cashews, and nutritional yeast — and plenty of flavor. Smother your roasted veggies and potatoes in this gravy, and you’ve got yourself a complete meal! 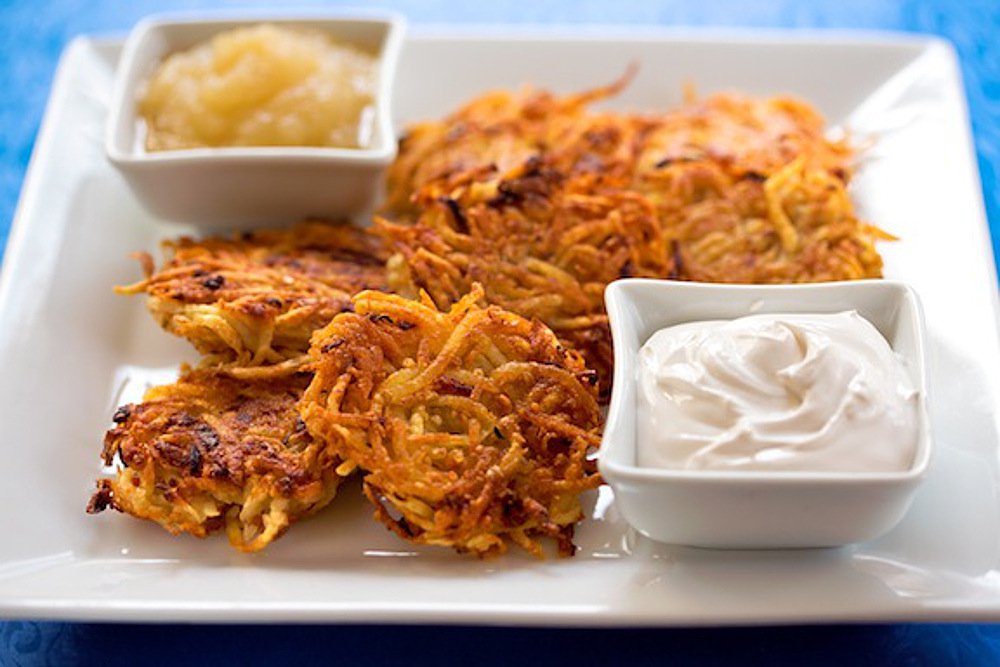 This Gluten-Free Latkes recipe by Nava Atlas will become a Hanukkah mainstay at your house for many years to come. The grated potato is held together with oatmeal in place of the customary eggs. For a gluten-free version, quinoa flakes work splendidly. A bit of grated carrot adds extra color and flavor. 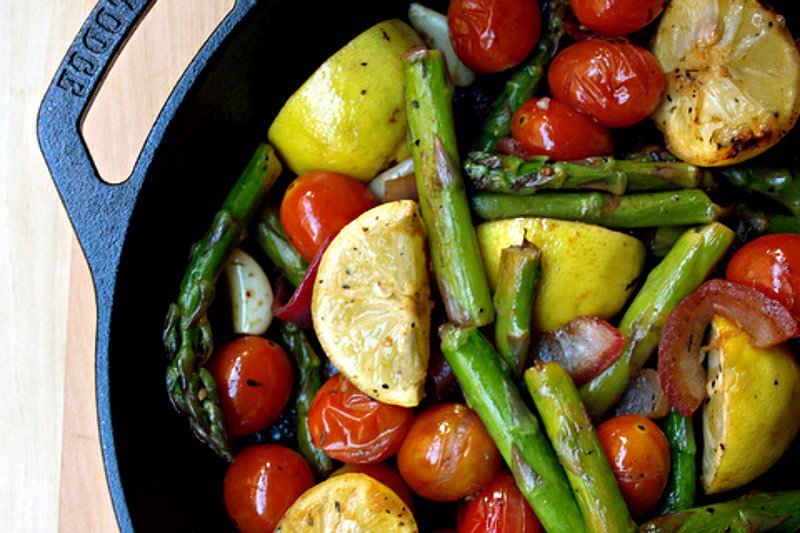 Julie West‘s Skillet Asparagus Tomato Medley is the veggie dish you need to break up some of the heartier options at the table. The tomatoes are bursting with juiciness and the sautéed lemon adds a wonderful touch. You’d be surprised when this dish is the first to run out, but once you have a taste you will get it. 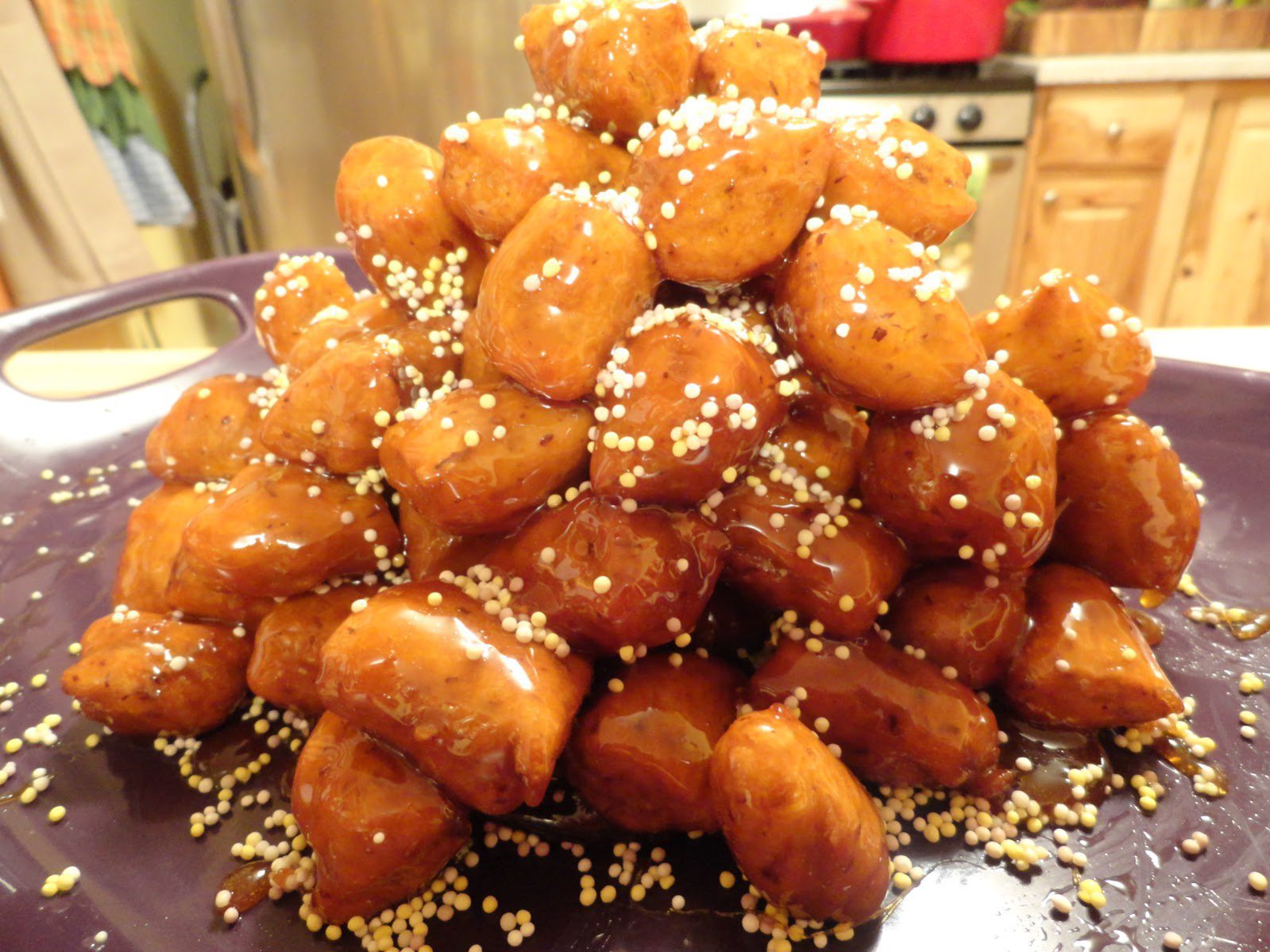 These Jewish Bimuelos: Fried ‘Honey’ Puffs by Rhea Parsons are a gluten-free, fully vegan version of the super sweet fried dough balls.  The gluten-free version tastes even better! – maybe because the flours are hearty, protein-filled flours rather than the plain white stuff. These doughnuts look at taste exactly like the real deal. 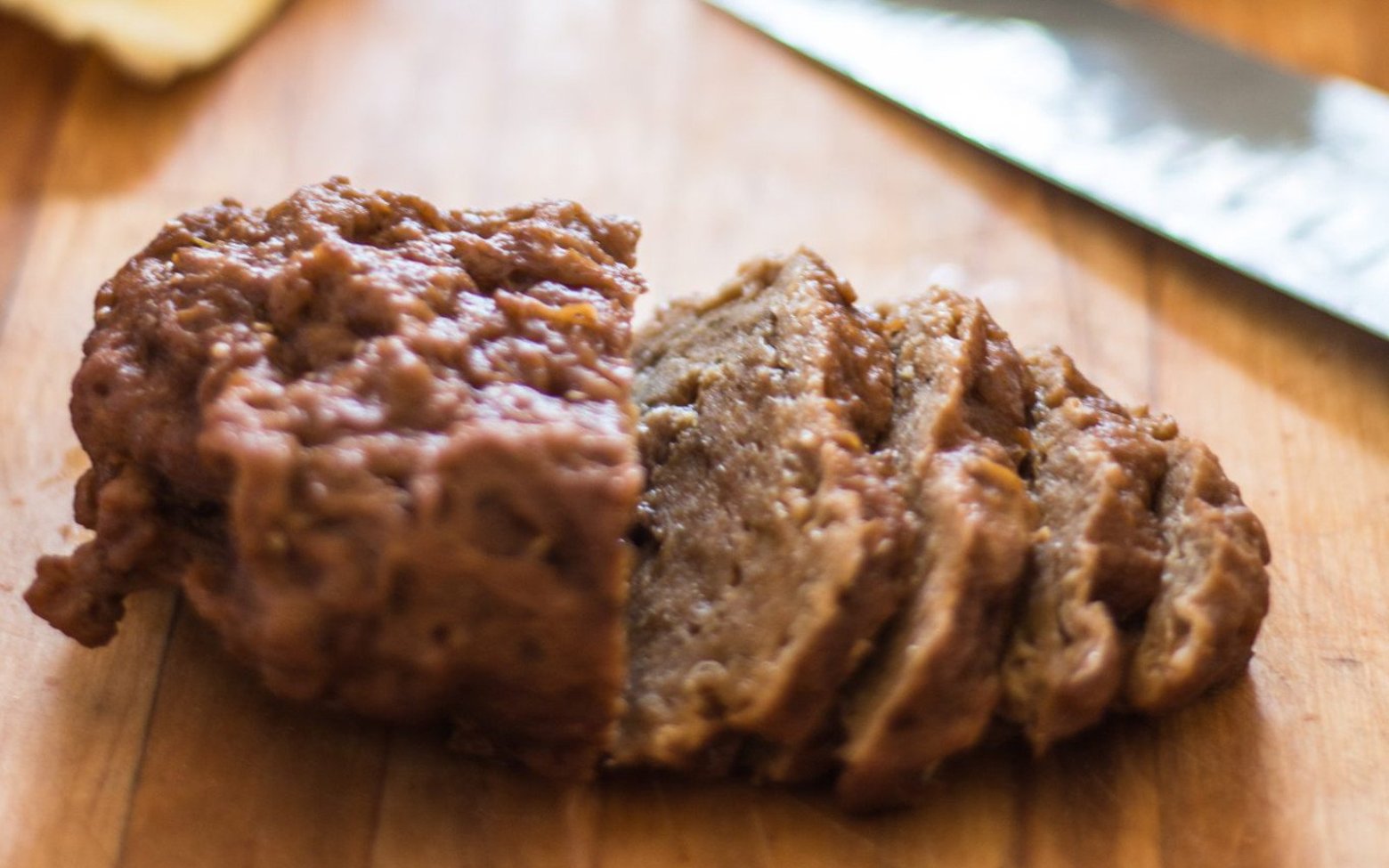 This savory, protein-packed seitan bake is perfect for holiday parties. No one will miss brisket when Steven Seighman‘s ‘Tastes Like Chicken’ Seitan is served in its place! This protein-packed entrée is “meaty,” juicy, and the perfect accompaniment to all the other deliciousness you’ll be serving. 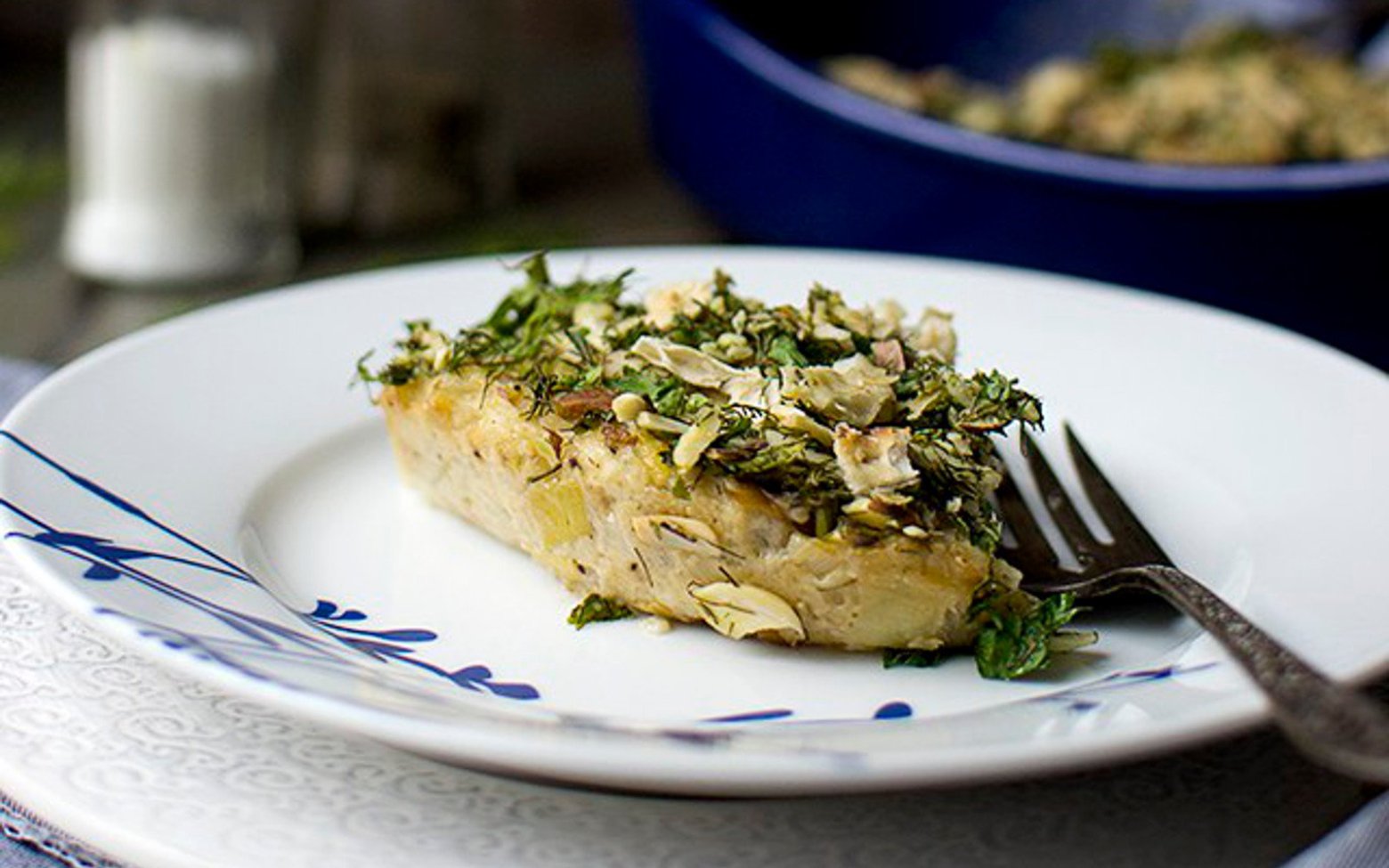 Pavani Nandula‘s Cauliflower Leek Kugel is based of off the Jewish casserole that is typically made with noodles. However, this recipe will give you a decadent version of the traditional dish. The kugel is packed full of leeks, cauliflower, tofu, and garlic to make a rich and comforting meal that will serve a crowd. 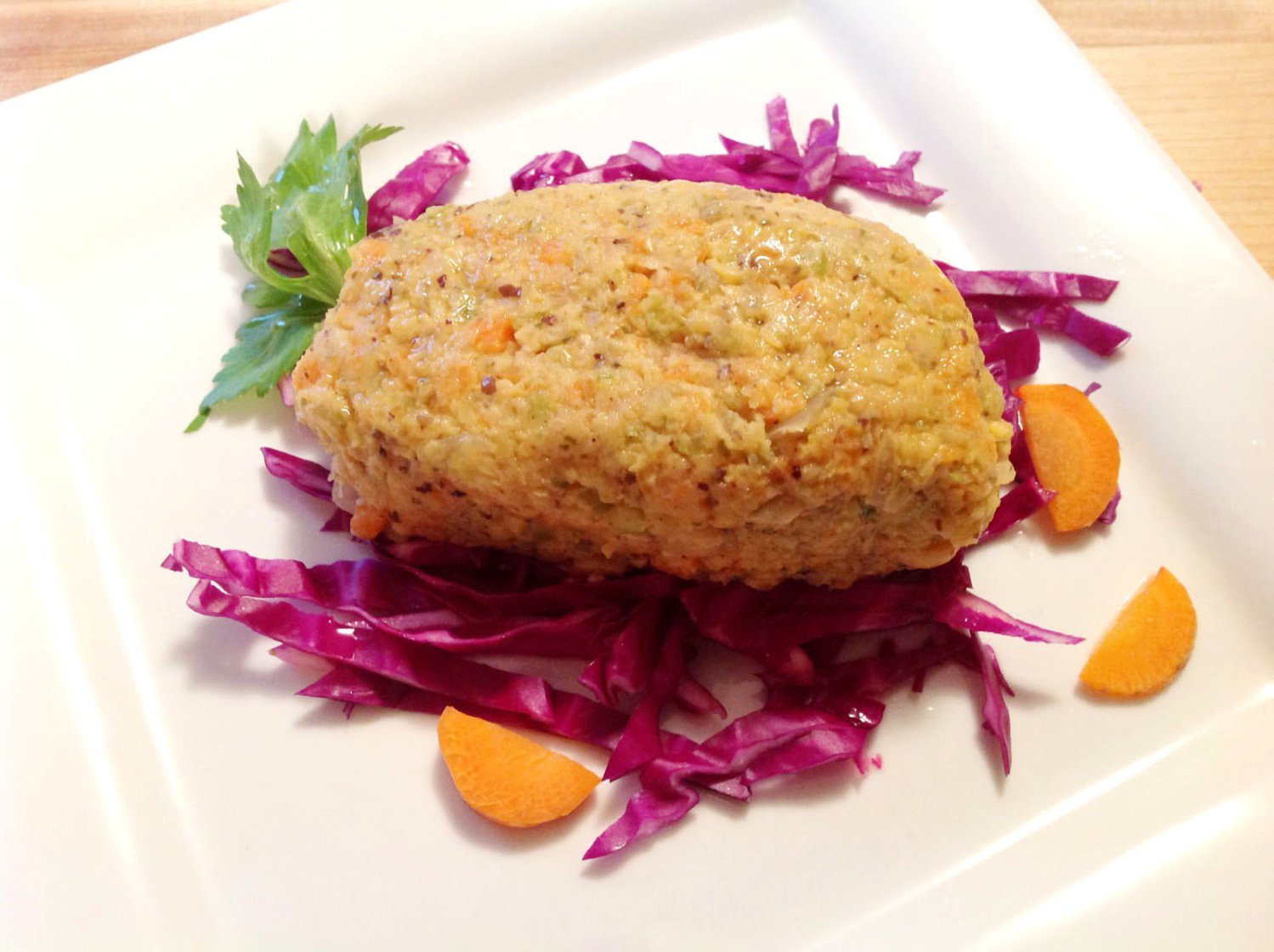 This vegan version of Gefilte ‘Fish’ by Rhea Parsons looks like the original dish and taste like fish (but better). The “fish” is made with chickpeas and sautéed vegetables. The fish flavor comes from the seasoning – kelp, dulce flakes, Old Bay, and lemon. The texture is spot on and they taste like a much yummier version of the original “treat.”

An unexpected fall twist on a traditional Jewish dish is surprisingly delicious! Pumpkin is the perfect compliment to potato latkes in this dish. Subtle hints of nutmeg, cinnamon, and clove mesh perfectly with the pumpkin and potato base of Sarah and Rocco Pirri‘s Pumpkin Spiced Latkes. Top it with sour cream and onion to make it even more interesting! 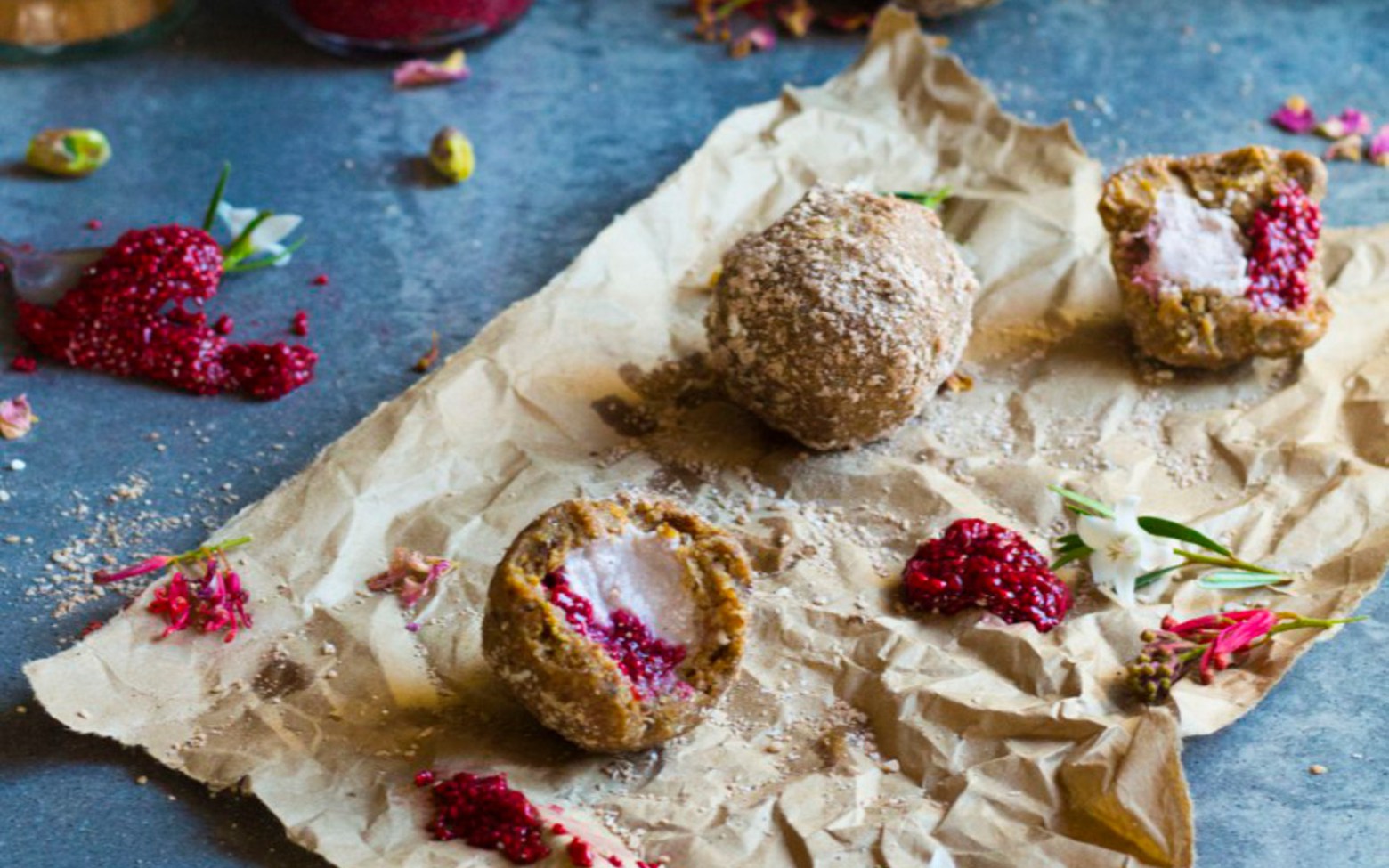 Anthea Chang‘s Raw Jam-Filled Doughnut Bites are filled with creamy cashew ice cream and gooey strawberry chia jam. Every bite is bursting with flavor! Healthy doughnut bites are guaranteed to be a hit with all of your loved ones. 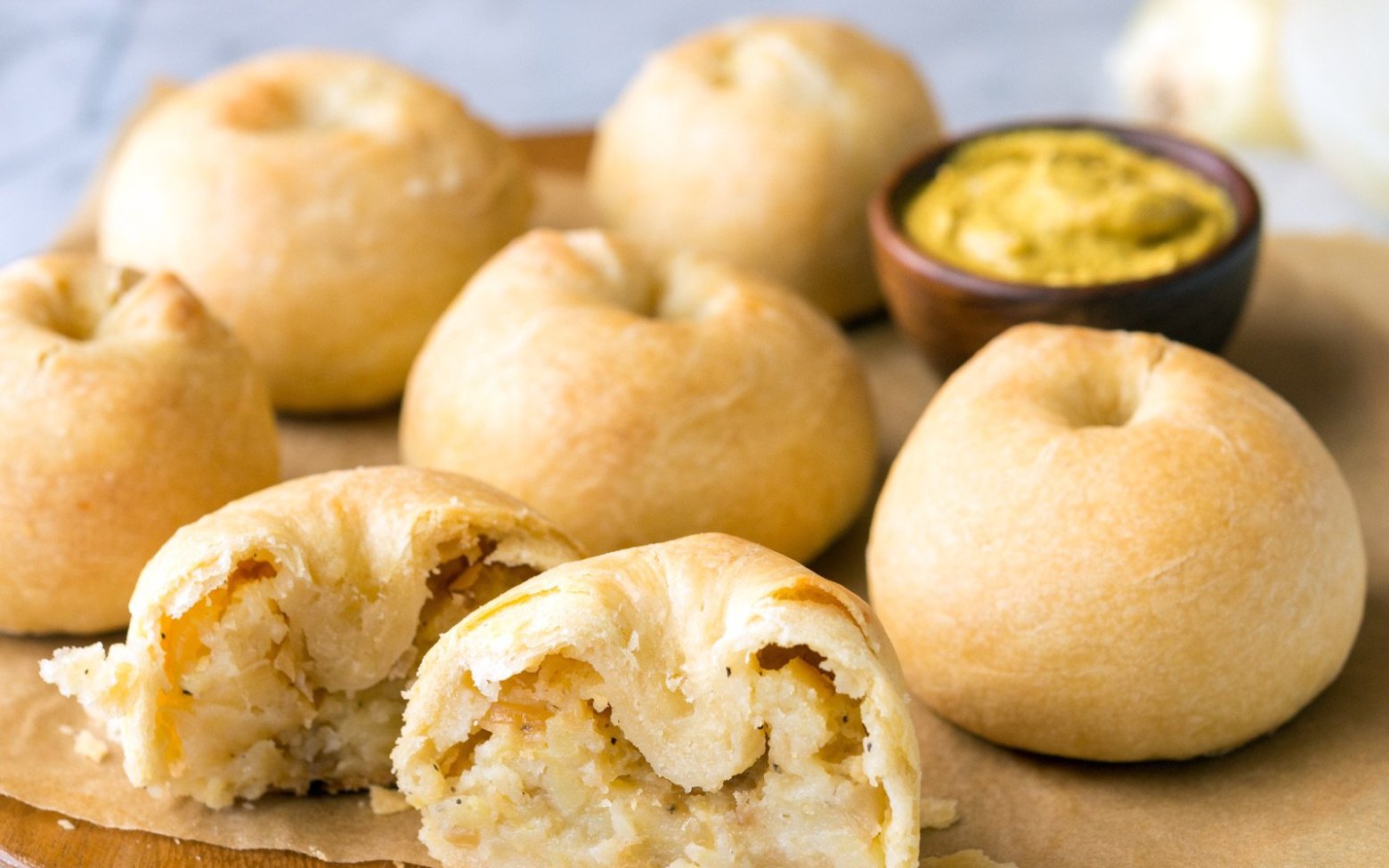 NYC Vegan‘s New York Style Knishes are little fluffy buns filled with an indulgent potato mix. Try them with a schmear of brown mustard for the truly authentic New York City knish experience this Hanukkah. You might even trick your guests into thinking you went to a professional knishery for the occasion. 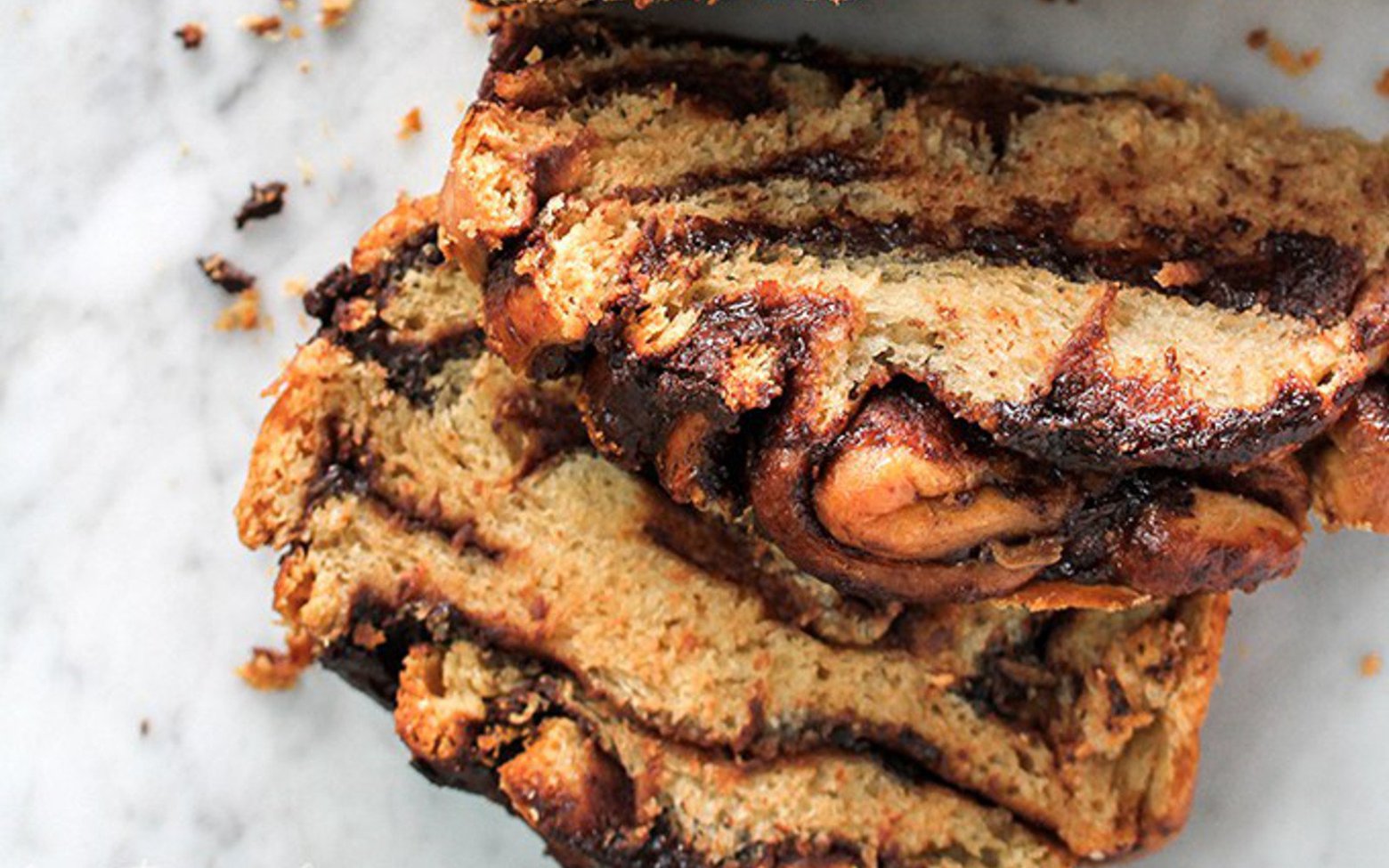 Filled with swirls of chocolate in a buttery brioche-like bread, Lauren Wright‘s vegan Chocolate Babka will have you weak at your knees and your tastebuds dancing right off your tongue. Don’t even get us started on the smell it has as it bakes in the oven. No holiday is complete without some chocolate, and this babka definitely fits the bill. 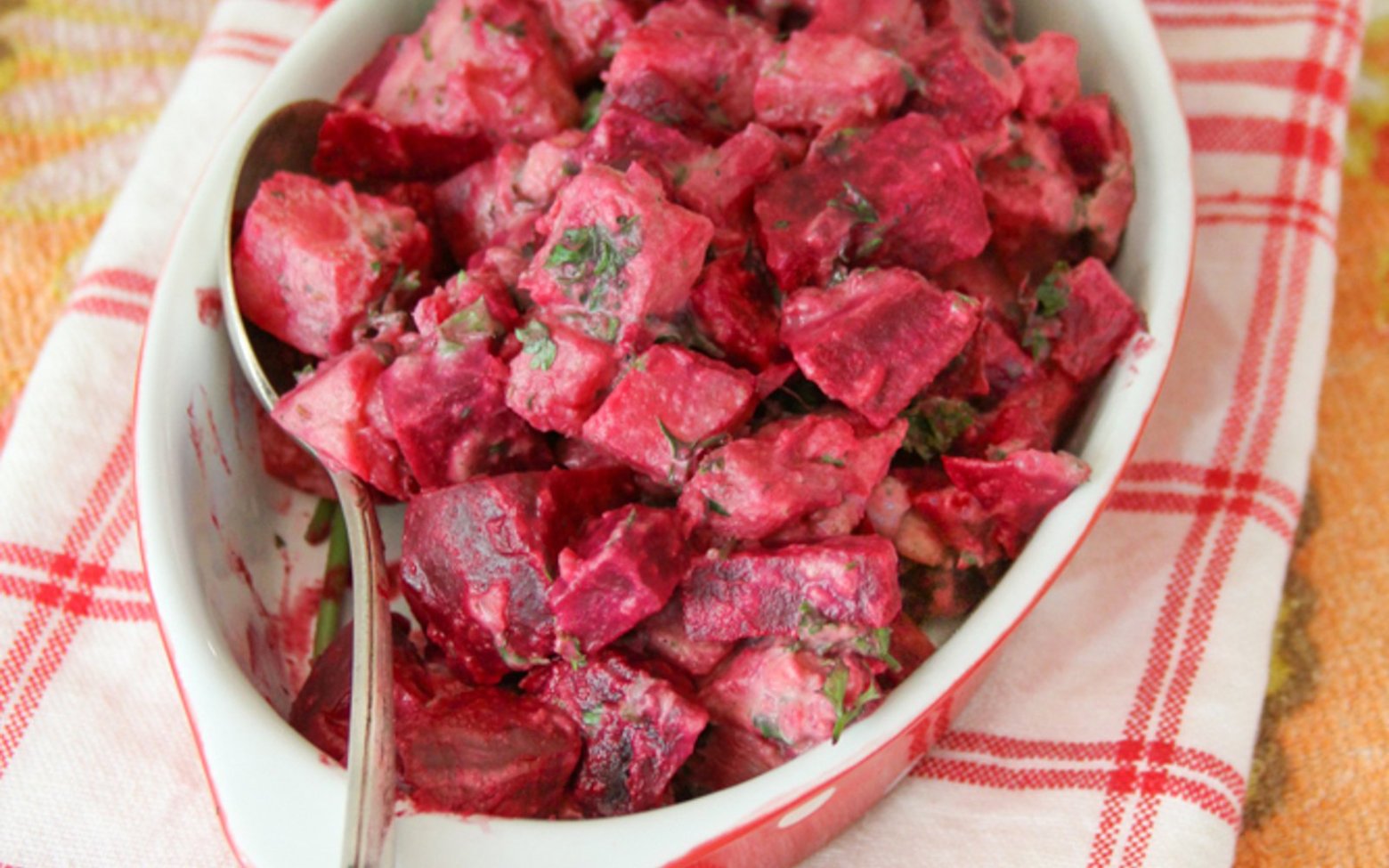 Adding bright and vibrant root veggies to your Hanukkah table not only adds variety and visual appeal, but plenty of health benefits as well. In Molly Patrick‘s Lemon Tarragon Root Vegetables, celeriac and earthy beets are cooked until tender and then tossed in a creamy, lemony, oil-free, and date-sweetened sauce that you’ll want to slather over everything. 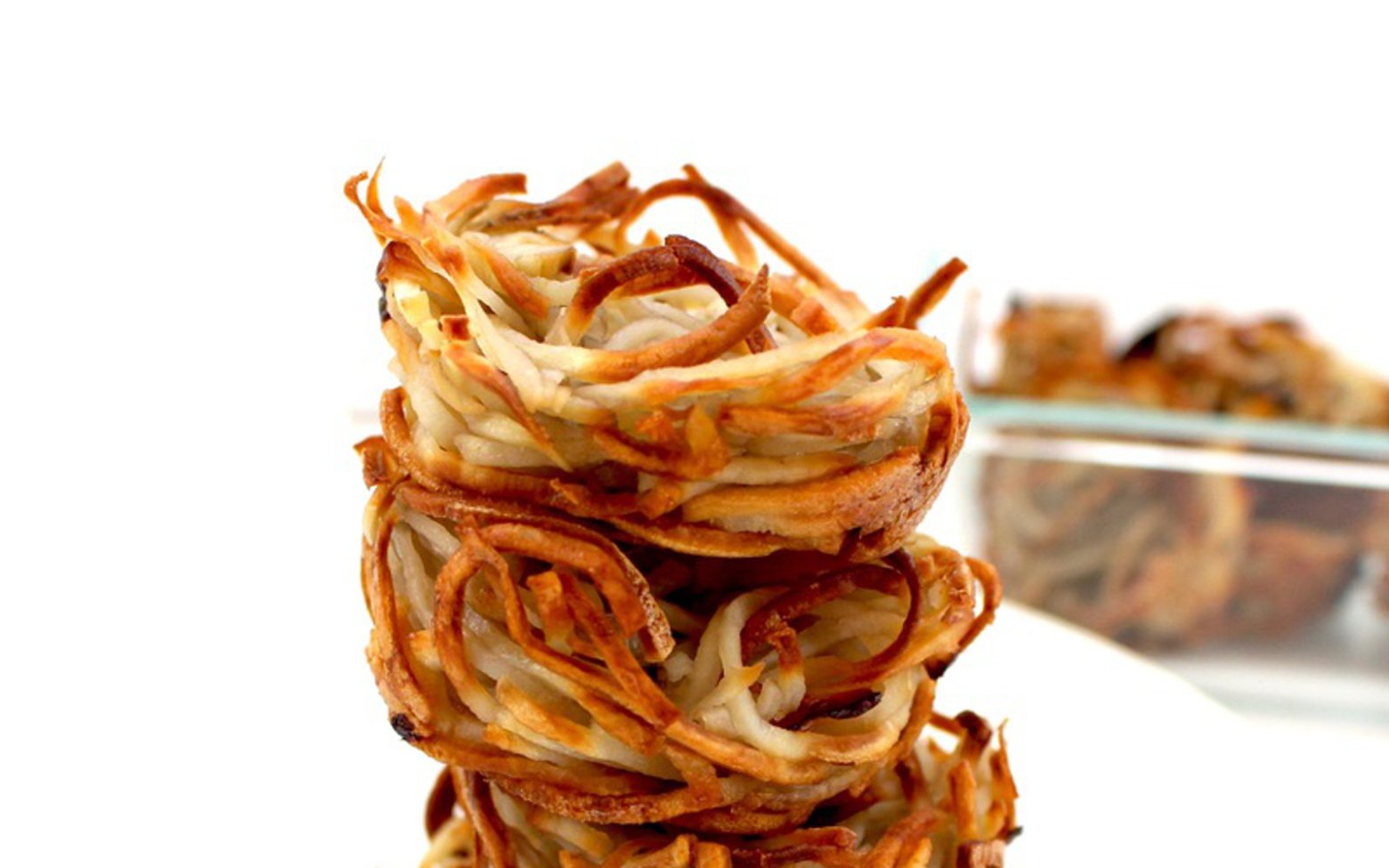 A traditional kugel is a casserole made from egg noodles or casserole. These lightened-up, oil-free Potato Kugel Cups by Annie Markowitz are made by spiralizing potatoes and combining it with onion, garlic, paprika, and cornstarch to hold it all together. They’re easy to whip up, savory, and satisfying. 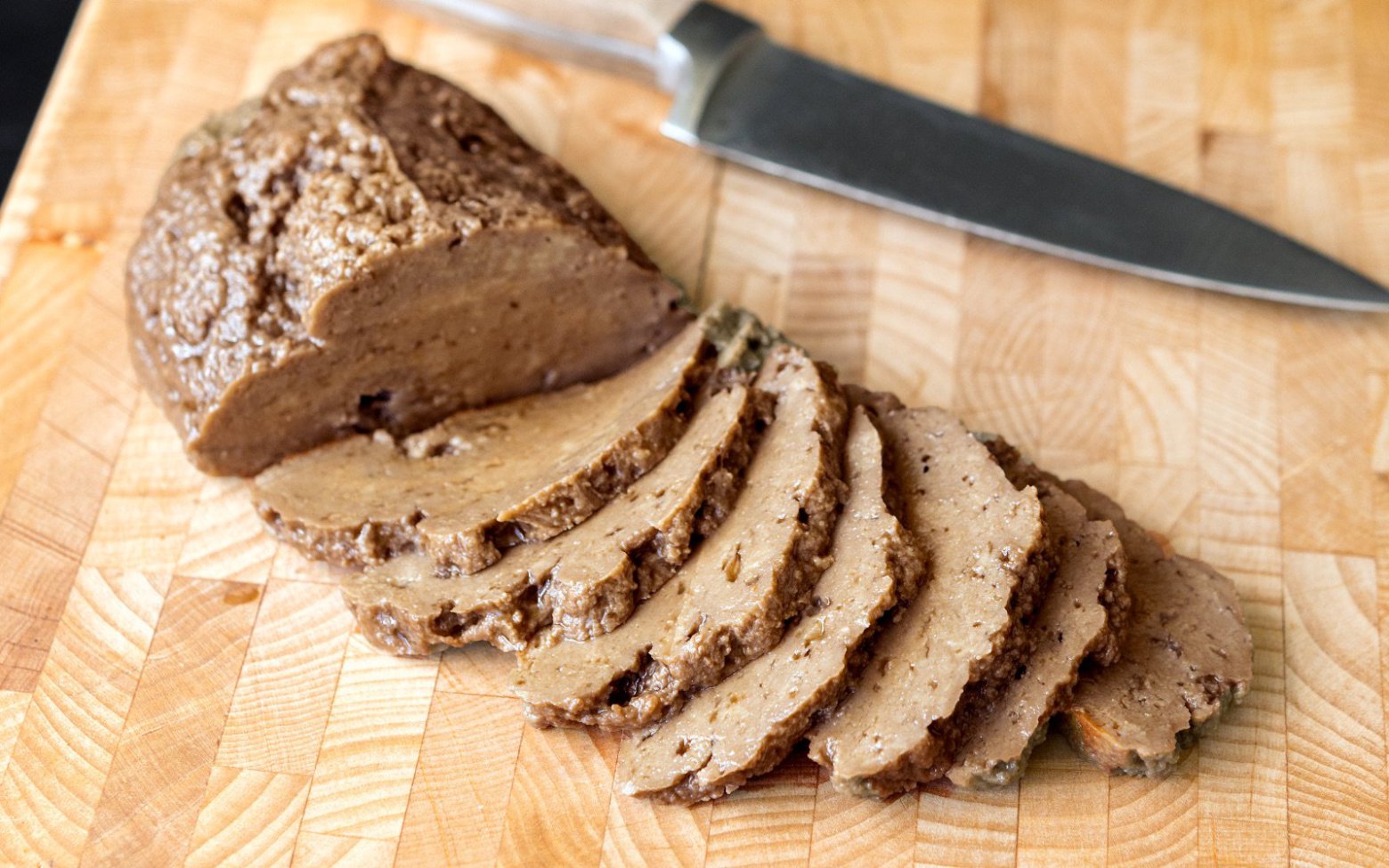 Making your own meat substitute might seem like a complicated task, but this recipe is easy to follow and will leave you with results far better than processed, packaged seitan! Homemade Beefy Seitan from the NYC Vegan is a great entrée alternative that will please those following a plant-based diet along with those who typically enjoy a holiday brisket. 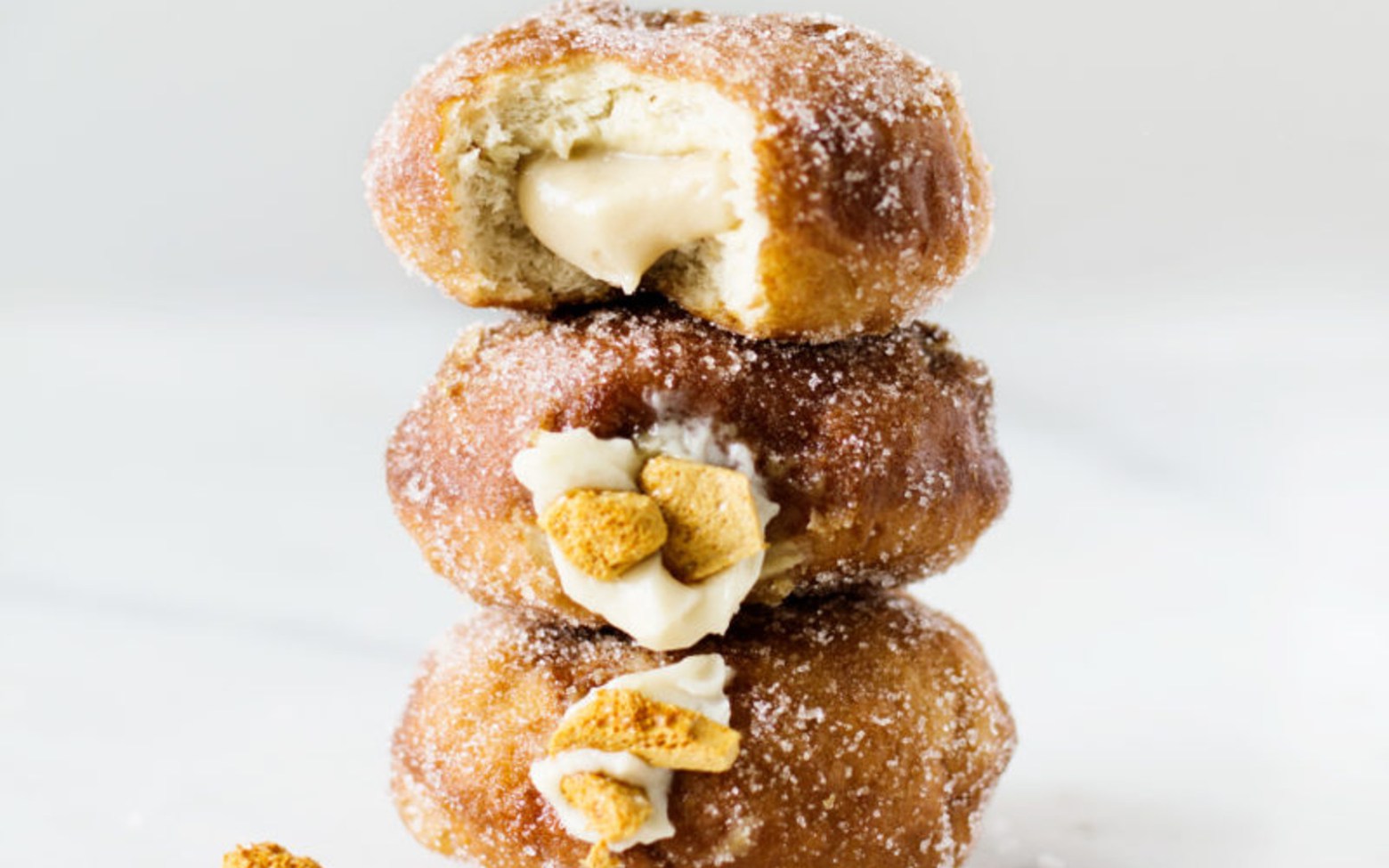 Trine Rask’s Honeycomb Doughnuts are totally worth your time and effort. The dough is light with a crisp outside filled with a delicious crème pâtissière and homemade honeycomb. You won’t be able to stop eating these once they’re out of the pan (but please share with your guests!).

For even more Hanukkah options check out Vegan Latkes and More: 18 Recipes for a Festive Hanukkah and 8 Ways to Make Your Hanukkah Miraculously Delicious by downloading the Food Monster App, which is available for both Android and iPhone, and can also be found on Instagram and Facebook. The app has more than 10,000 plant-based, allergy-friendly recipes, and subscribers gain access to new recipes every day. Check it out!