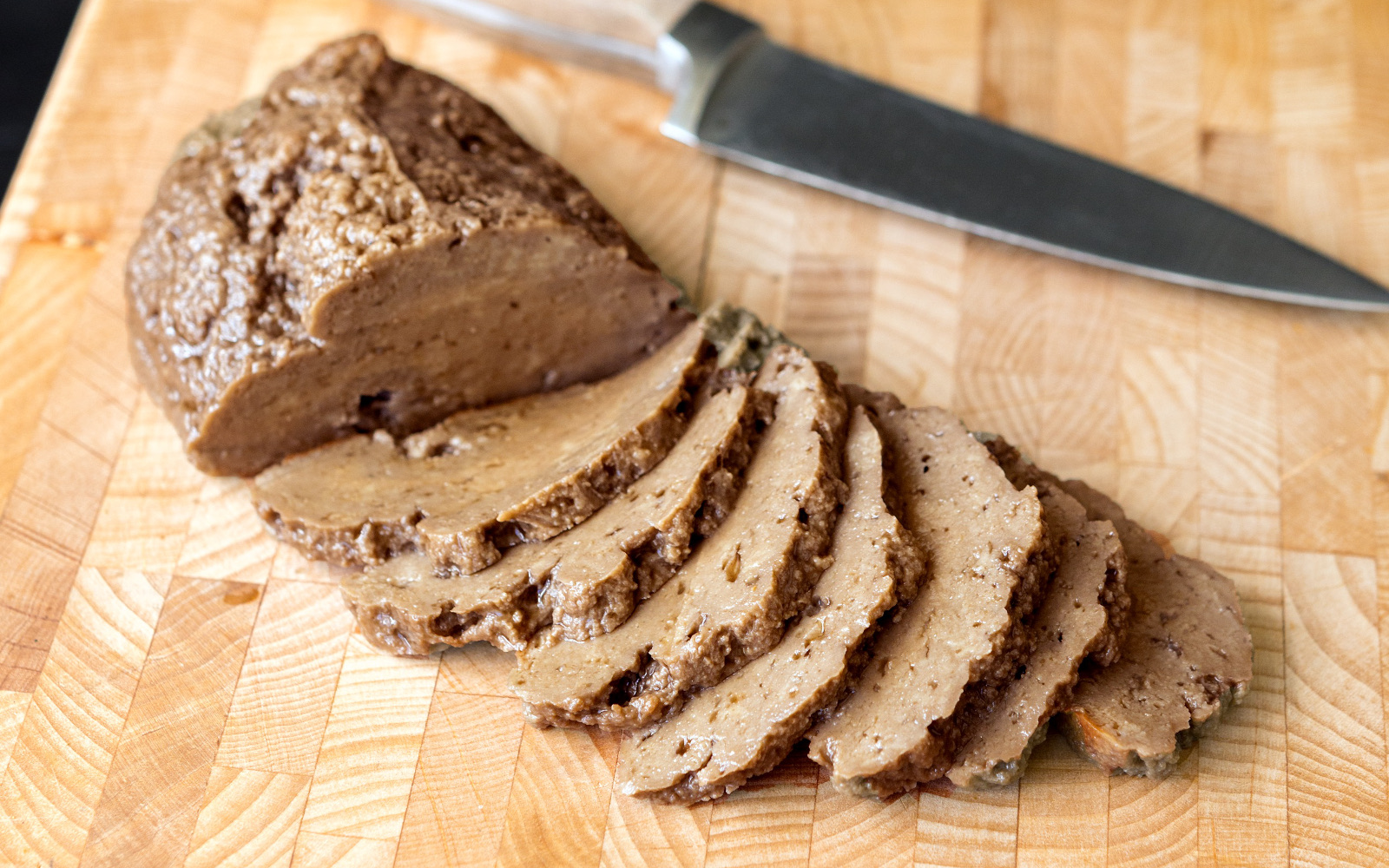 This combination of mushrooms, soy sauce, and red wine give this seitan a deep umami flavor. Making your own meat substitute might seem like a complicated task, but this recipe is easy to follow and will leave you with results far better than processed, packaged seitan!

Total Calories: 1364 | Total Carbs: 61 g | Total Fat: 5 g | Total Protein: 244 g | Total Sodium: 7452 g | Total Sugar: 9 g Note: The information shown is based on available ingredients and preparation. It should not be considered a substitute for a professional nutritionist’s advice.

NYC Vegan brings New York’s fabulous foods to the plant-based table. The cookbook is written by native New Yorkers Michael Suchman & Ethan Ciment of Veganmos.com as a tribute to the city they love. From the diners and delis of Brooklyn to the traditions of Little Italy and Chinatown, the foods of New York are the foods of the world.