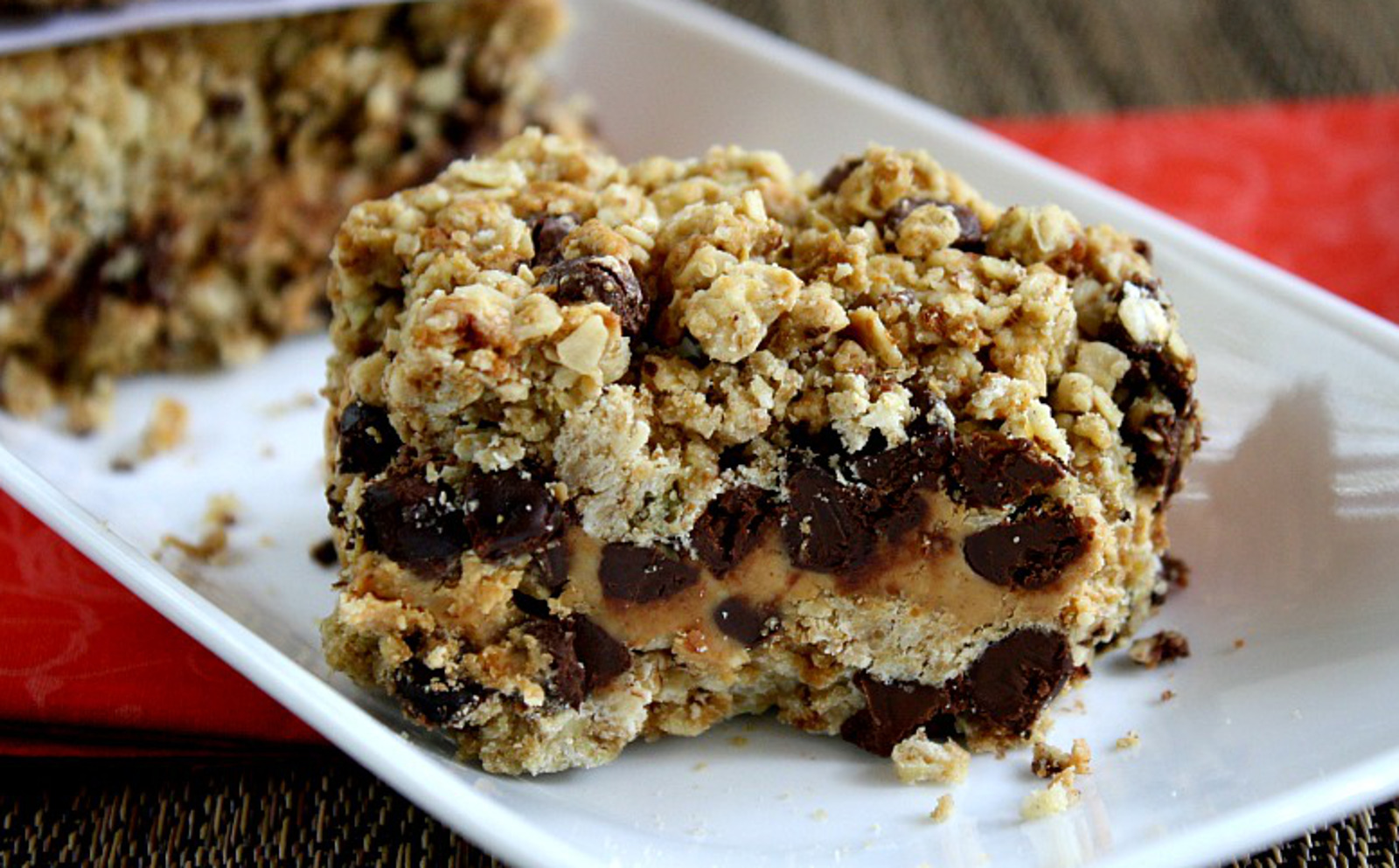 For the Oat Mixture For the Middle Layer

For the Oat Mixture For the Middle Layer To Assemble

Tip #1: You can adjust the sugar content depending on the sweetener you use and the amount of chocolate chips you use. I used 1/4 cup of a low-glycemic granular sweetener, and 1/2 cup of chocolate chips in the oat mixture and 1/2 cup of chocolate chips in the peanut butter layer to keep the sugar content down. If you want a sweeter bar, you can use 1/2 cup of granulated sweeter and and 1 cup of chocolate chips in the oat mixture instead. Tip #2: Use Enjoy-Life Chocolate Chips for a gluten-free, vegan option. Tip #3: Although I prefer to use homemade peanut butter, you can certainly use your favorite peanut butter instead. Tip #4: Some other substitutions/alterations I’ve made: substitute the almond flour with Bob’s Gluten-Free All-Purpose Baking Flour (equal amounts). This worked well but the garbanzo bean taste is too overpowering for me. I’ve also added 1/4 cup of organic applesauce and it worked well. And, I’ve added 1 cup of chocolate chips to the oat mixture instead of 1/2. Tip #5: Sometimes I have been in a hurry and didn’t melt the coconut oil before mixing it in with the oat mixture and peanut butter mixture and it worked fine. I just had to use my hands to mix the oat mixture to make sure everything was evenly distributed, so you can skip this step if you’d like. Tip #6: As tempting as it will be to eat them right out of the oven, it’s much better if you let them cool off completely before cutting and serving. They will be very soft and not hold together well while they are warm. But, because of the coconut oil in the oat bars and peanut butter center, they will get firm and harden a bit if you put them in the refrigerator, which in my opinion, is when they taste the best. They become very dense and hold together much better. Take them out of the oven and put them in the refrigerator for about 30 minutes to an hour or so to cool and firm and they will be good to go! Tip #7: This recipe makes approximately 16 thick, dense square sized bars.

Per Serving: Calories: 289 | Carbs: 22g | Fat: 21g | Protein: 6g | Sodium: 44mg | Sugar: 7g Note: The information shown is based on available ingredients and preparation. It should not be considered a substitute for a professional nutritionist’s advice.