How Palau’s Ban on Commercial Fishing Will Help Save the Planet (and Animals!) 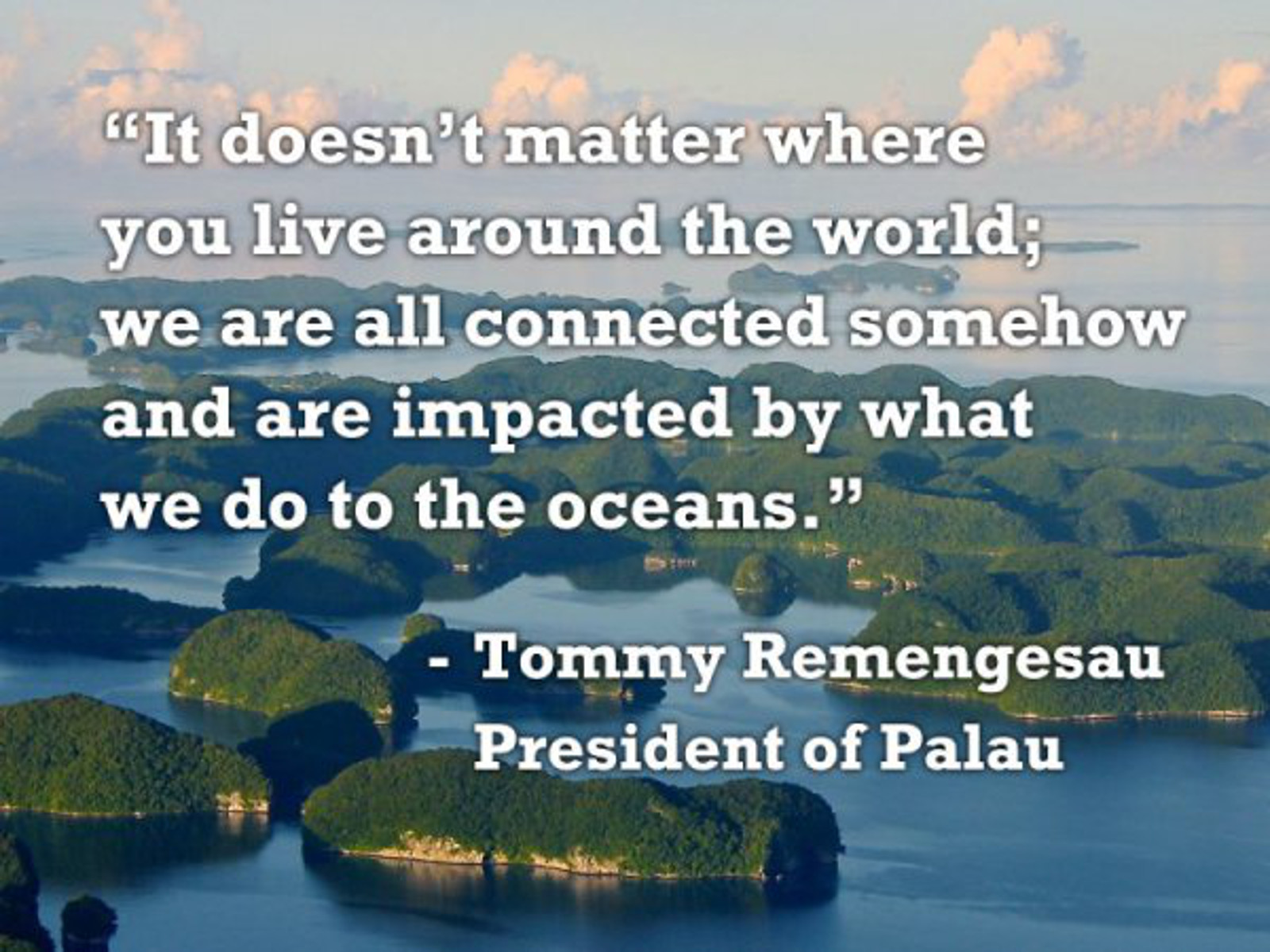 Palau, a Pacific Island nation located north of Australia, is set to ban all commercial fishing from its balmy waters. Plans are in effect to create a marine reserve area that is approximately the size of France, effectively putting the short term health of its economy behind the long-term health of its marine life.

This bold move by Palau sends a clear signal to the fishing industry that they need to clean up their unsustainable ways. According to National Geographic, more than 170 billion pounds of wild fish and shellfish are caught in the ocean every year.  For the past 55 years, fishing yields have greatly declined as overfishing runs rampant throughout the industry. In fact, only about 0.6 percent of the world’s oceans are closed to fishing. The area added by Palau will hopefully start a ripple effect, inspiring more island nations to take on conservation efforts.

Is Palau Crazy for Making This Move?

Quite simply, no. Putting the brakes on commercial fishing and preserving the marine ecosystem makes sense for both the biodiversity of the ocean and the country’s economy.

Critics of Palau’s move to ban commercial fishing believe the country will suffer, the result of giving up income from the tuna industry. Palau, along with seven other adjacent islands, have worked for years to develop sustainable fisheries in an effort to manage the  great tuna population present in the south Pacific. This co-operative alliance essentially manages one-third of the world’s tuna stock. The net worth of the tuna industry comes out to about $5.5 billion. So Palau is sitting on a pretty hefty chunk of profit.

However, the enticing economic potential of this industry is truly too good to be true. In fact, the tuna industry, in conjunction with other commercial fishing, accounts for huge amounts of bycatch. Of the many “non-target” fish that get scooped up in fishing nets are sharks. Palau relies heavily on tourism from divers who come to see sharks in their waters.

In the words of Palauan President, Thomas Remengesau Jr., “A live tuna or shark is worth a thousand times more than a dead fish.” While supporting the exploitation of these fish for entertainment may not be ideal, it is a lesser evil than allowing these fish to be killed in support of the fishing industry.

How Will Palau’s Move Benefit the Planet?

Palau is renown for its incredible biological accolades. The waters surrounding this island nation support “more coral, fish, and other invertebrates per unit area of marine habitat than any other place on Earth.” The larvae of many marine species are carried on converging water currents to the area that will be protected by the fishing ban, meaning hundreds of species will be able to populate the waters unhindered by human interaction.

The fishing ban will also help protect the 11 species of dolphin and 15 species of whale that migrate through Palau’s waters yearly. These mammals are highly susceptible to being caught as bycatch, but outlawing fishing in these waters will indefinitely save hundred of whales and dolphins from being trapped in nets!

Careful stewardship of the world’s aquatic ecosystems is integral to maintaining the world’s biodiversity. The importance of conservation is deeply engrained in the Palauan culture and tending to the land and sea in a respectful, sustainable manner is one of the highest priorities for local people. By managing their natural resources, Palau’s residents will be able to enjoy the wonders of their unique ecosystem for years to come.

The environmental benefits Palau will see from ridding its waters of the commercial fishing industry are by far more valuable than any short-term profits the tuna fishing industry could offer. We could all stand to learn from the proactive action taken by the Palauan government: it may be a singular bold action, but it will certainly have a tremendous positive impact.