Think You Know All There is to Know About Greyhounds? 10 Common Myths, Busted! 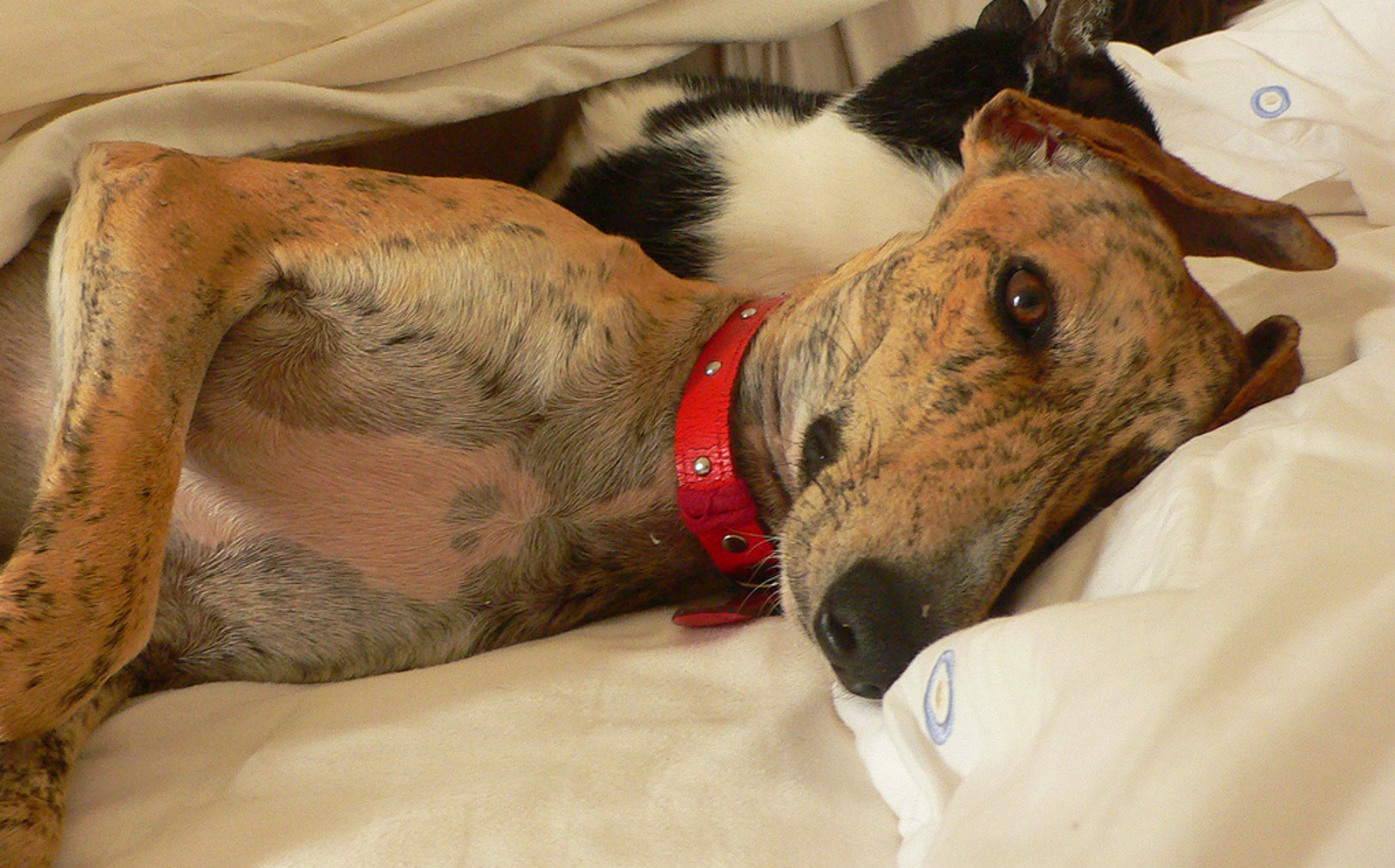 They’re called “athletes,” they’re treated as commodities, and they often cop suspicious glares because of those big ugly muzzles they have to wear. But greyhounds are just about as gentle as you can get — and while they may be bred to race — they’re born for much more.

It’s time to put a few misconceptions about this gentle giant to rest.

There’s a reason why they’re known as  “30 mile couch potatoes,” greyhounds love sleeping — and they’re REALLY good at it. And on the rare occasions they can be caught upright, these guys would rather be eating or playing than joining you on a strenuous hike or six mile run. Greys are built for speed – not endurance. So a short daily walk and some play time is usually enough to keep them happy and healthy. 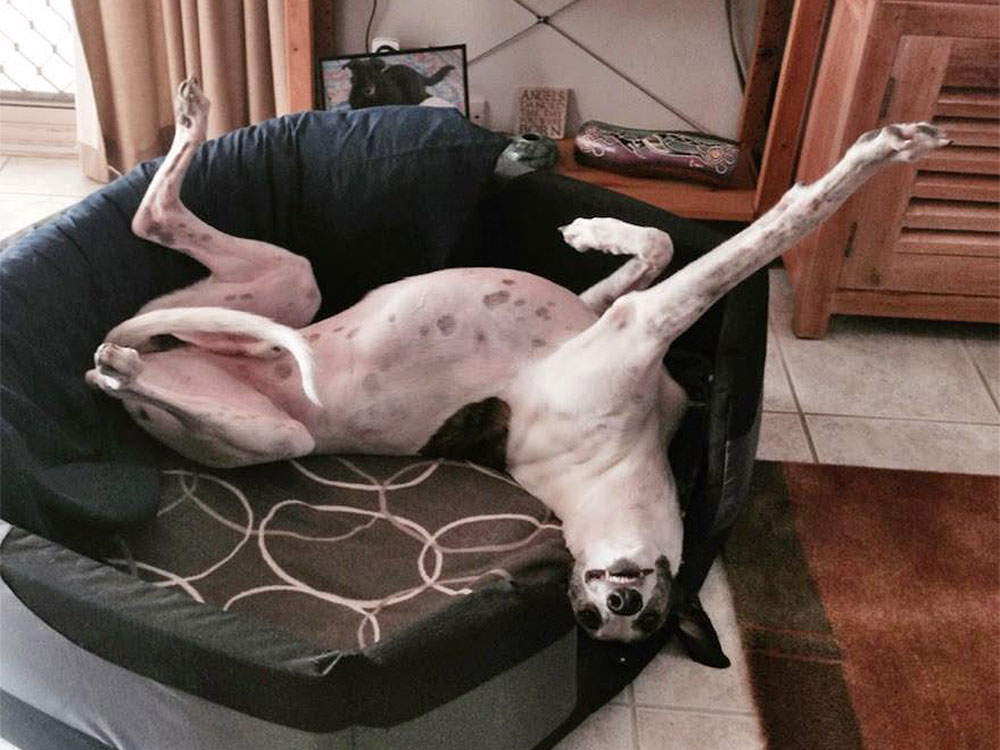 Greyhounds are affectionately considered to be the laziest breed — however just like any dog, they love to play! A grey will bow and vocalise to let their human or animal friends know when they’re ready to have some fun. This usually ends with what are known as “zoomies” – running around in circles and bowing — a hilarious and infectious display of joy that may only last 10 minutes before it’s time to nap again. 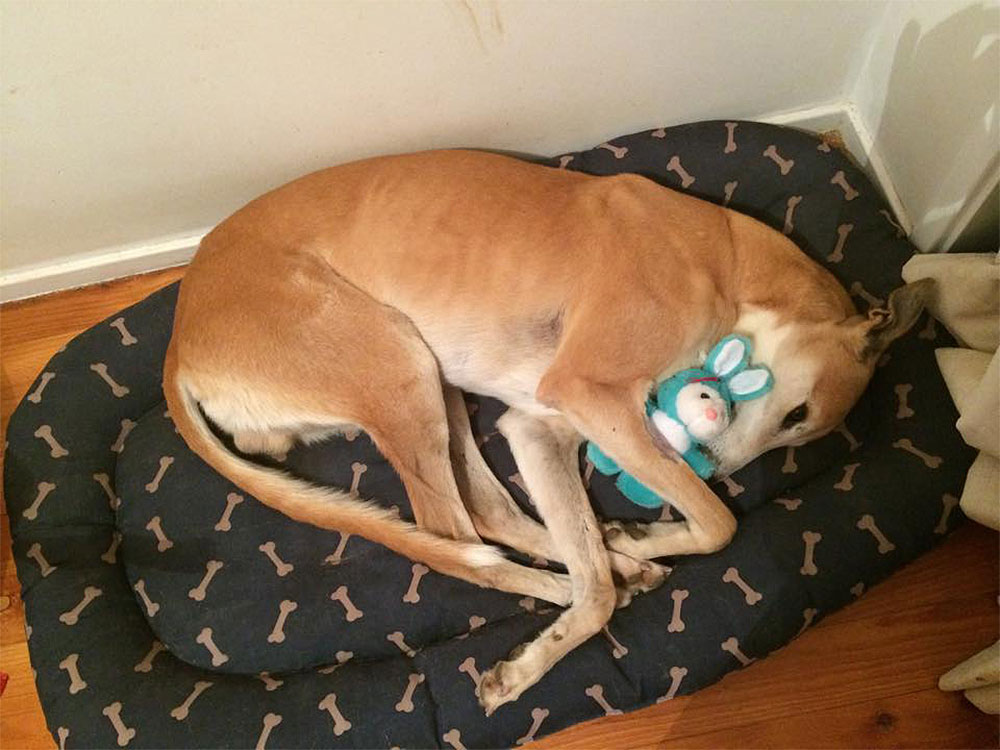 MYTH 3:  Greyhounds are Dangerous Around Cats and Small Animals

Greyhounds are naturally gentle dogs, but as “sight hounds” they can easily be incited to chase moving objects. Cut-throat trainers can take advantage of this by “taunting” dogs with tethered live animals, and tying animals to fast-moving lures. This cruel and illegal practice, called “blooding” is not the choice of the dogs — it is the choice of cruel people looking for a “winning” edge. Many greyhounds are discarded by the industry because they simply refuse to chase at all. It’s important to remember that, just like all dogs, each greyhound is an individual – so while some of them may not like cats and other small animals, others see them as best friends. Speak to your local greyhound rescue group for advice about the perfect grey for you and your other furry friends! 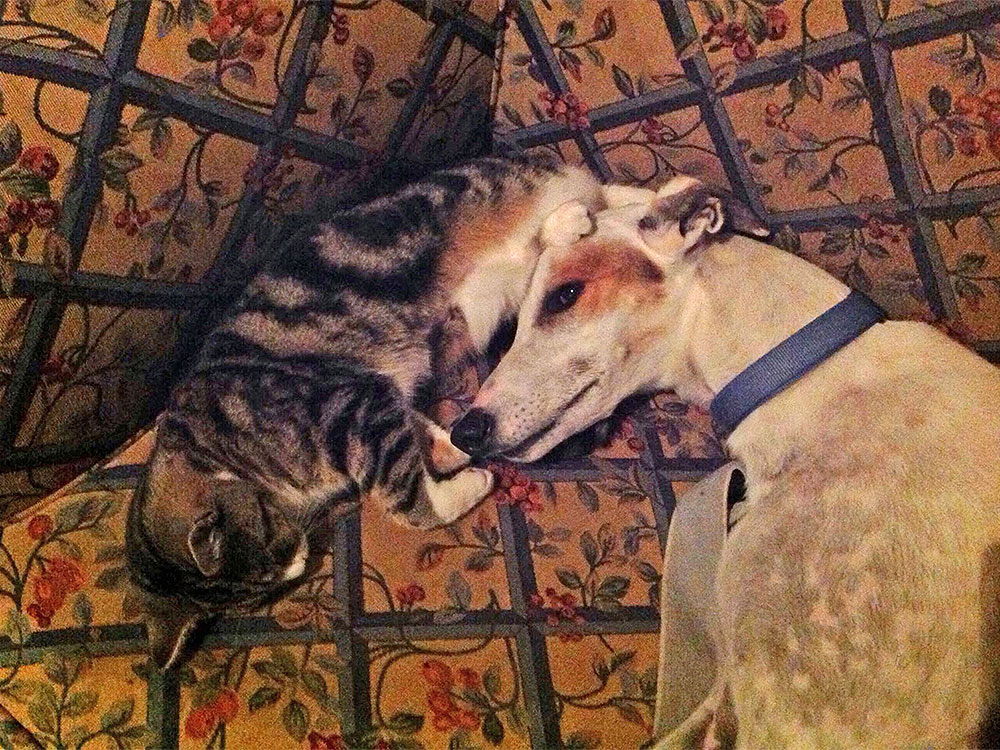 Greyhounds are unique in that they are one of the most exploited canine breeds. To many, their only value lies in their ability to run fast, and ultimately win money for their owners. But to those who love them, these incredible dogs are so much more. They are loyal, devoted, affectionate, playful, sensitive, and loving. In fact, in all the ways that matter – greyhounds are just like any other dog. 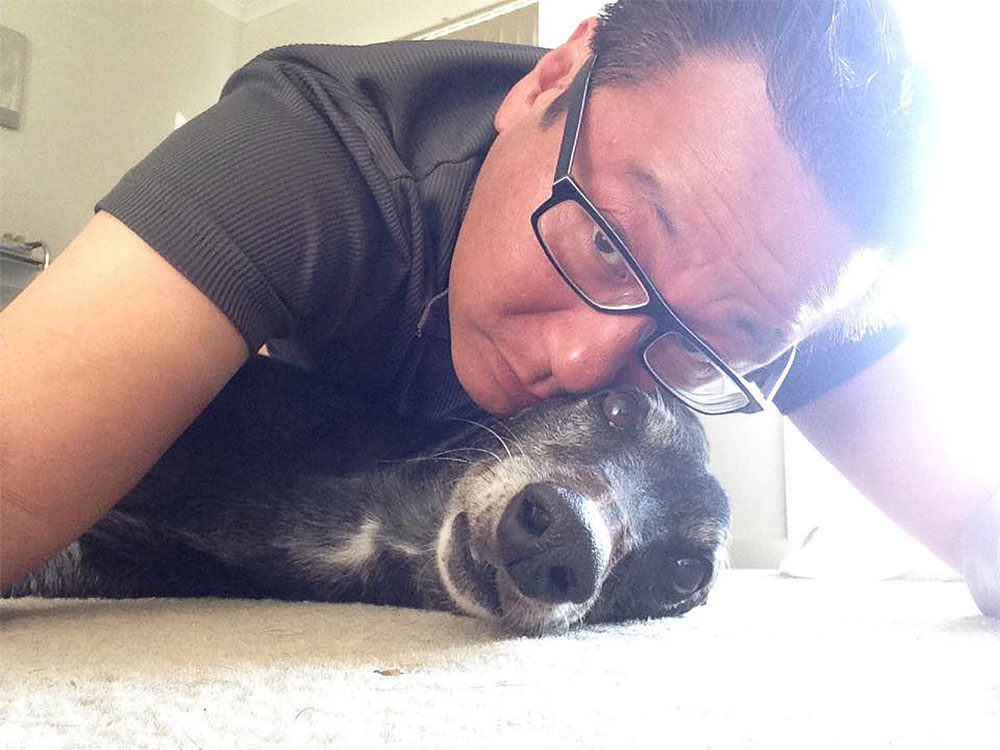 MYTH 5: Greyhounds Must be Vicious as They Wear Muzzles

In most instances, state laws require greyhounds to wear muzzles when in a public area. This is based on the assumption that the dogs have been trained to chase (and possibly harm) small animals. But, as many greyhound rescuers are well aware, a muzzle does not signify that its wearer is in any way aggressive or a threat to you or other animals. If you see a greyhound with a muzzle on – try not to judge! There’s likely to be a big softy behind that “mask” who’d love nothing more than to meet you (and your canine companion!). As with any dog, it’s always polite to ask the person at the other end of the leash if their greyhound is open to meeting new friends – communication is always key! 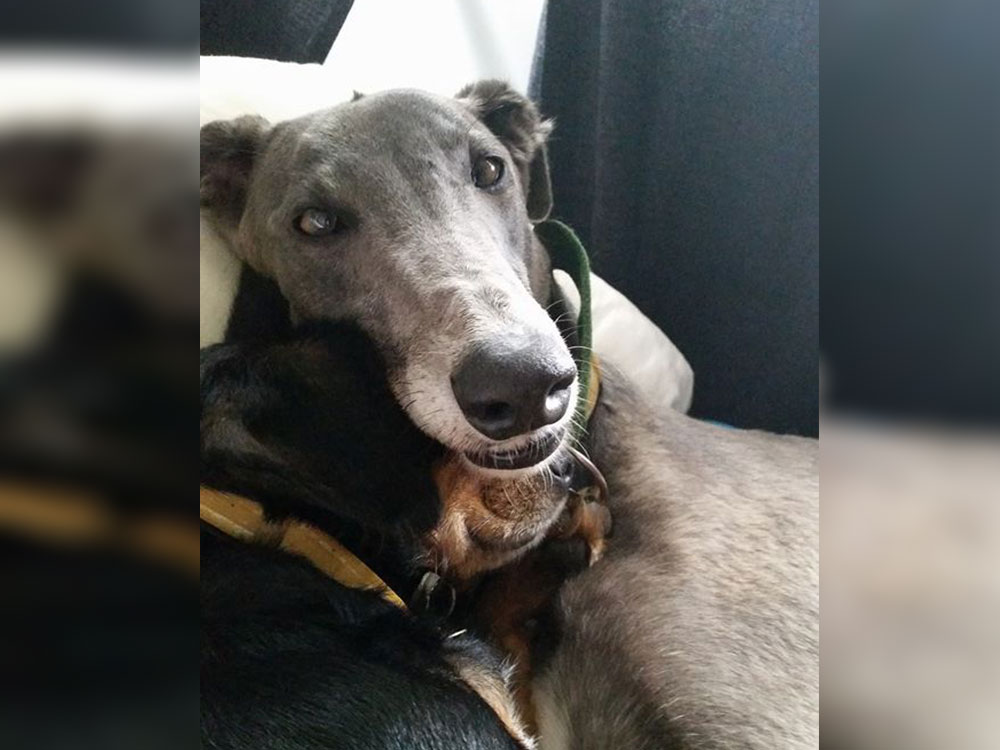 One of the best things about big dogs is that there’s more of them to love. And after a life confined in a small kennel, many rescued greys will relish the opportunity to be at your side (or on your lap … or couch … or bed). They may be “90 percent legs” but that doesn’t mean they don’t snuggle up as well as the next dog! 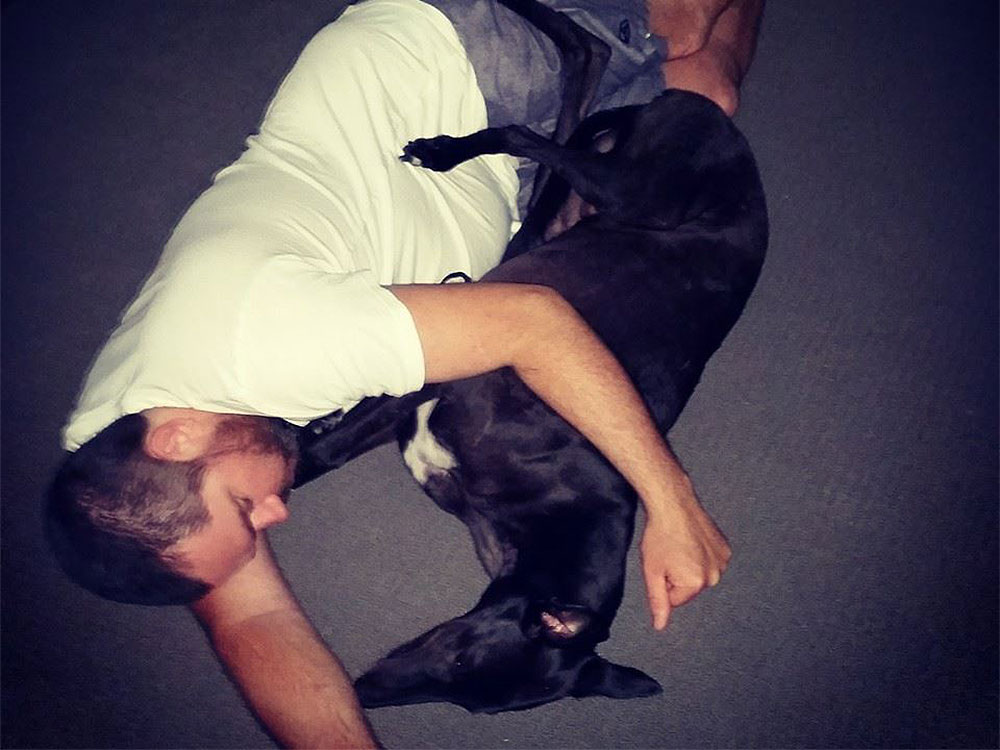 Greys may be the fastest dog, but this doesn’t mean they’re happy in the racing industry. In fact, many dogs live a life of deprivation in kennels – kept in pens or crates for up to 23 hours a day. Not to mention those who are injured and/or killed on the racetrack. Greyhounds love to RUN – not race. They also love to play, sleep, cuddle and be loved for who they are – just like any other dog. 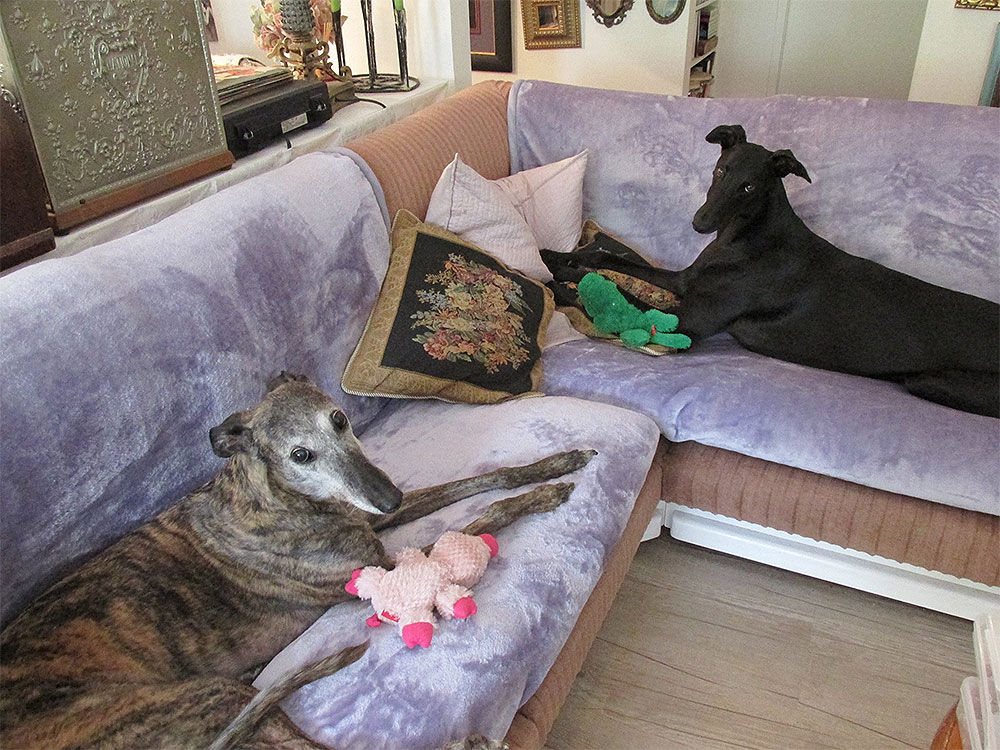 MYTH 8: Greyhounds are Suited to an Outdoor Environment

With hardly any body fat and a very fine coat, greyhounds are particularly susceptible to the cold. Access to a warm, dry and safe area is vital at all times, and extreme measures (AKA greyhound pyjamas) may be required on especially cool days. 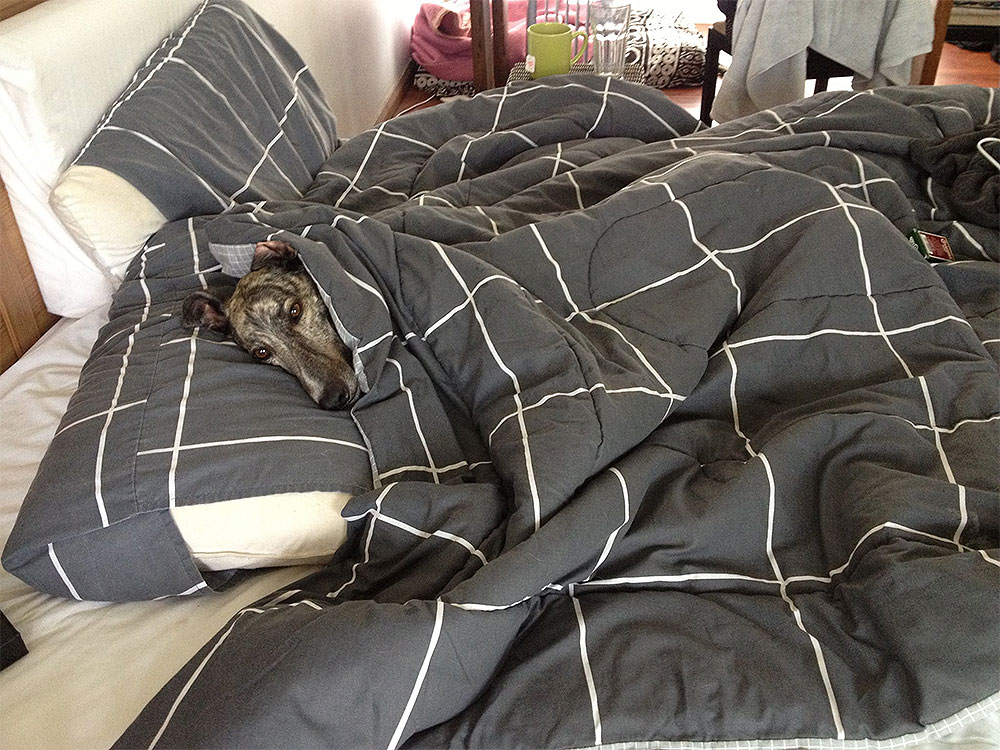 MYTH 9: Greyhounds are Large Dogs and Need Loads of Space to Live in

Greyhounds are very space-efficient. Not only can they compact themselves into an impossibly small ball for optimum cat-cuddling, they’ve even been voted as one of the best breeds for apartment living. As long as their sharp minds are kept active (lots of play time and interaction) and they are walked regularly, a greyhound can make a perfect inner-city companion! 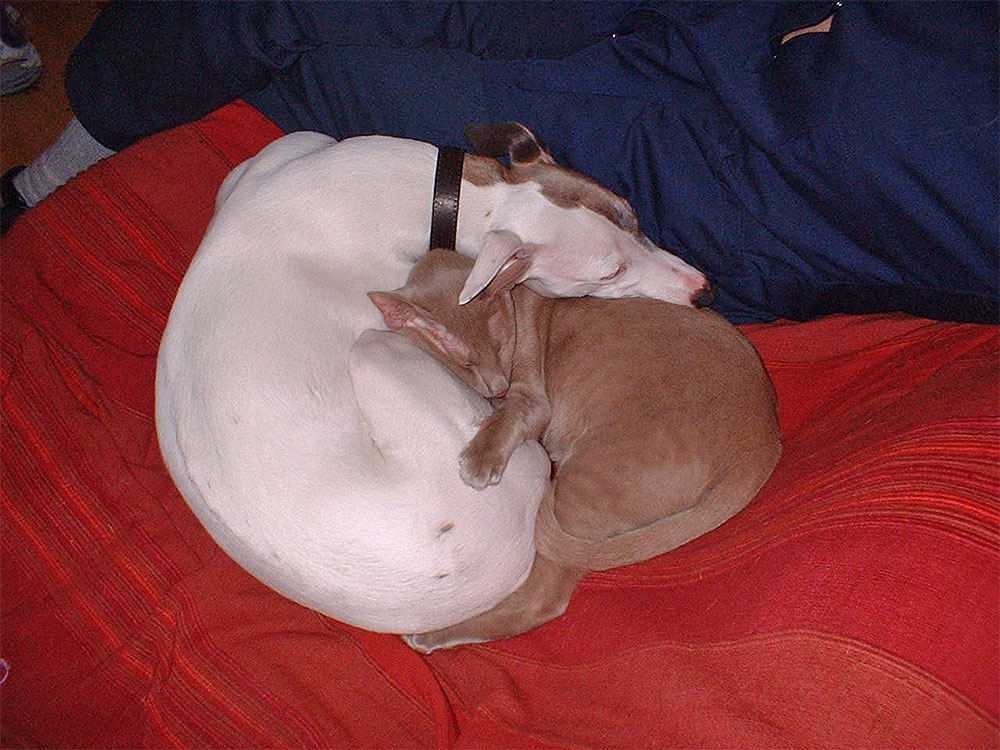 MYTH 10: Adopting a Greyhound Will Turn You Into a Crazy Greyhound Person

Actually this is true.

Once you have opened your heart to a rescued greyhound, there’s no going back — these sensitive dogs have a way of leaving their mark on all those who love them! For many greyhounds, their adoption into a forever home will be the first time they’ve ever had someone to love them for who they are – not how fast they can run. And they will gladly return that love and more for the rest of their days if given the chance. 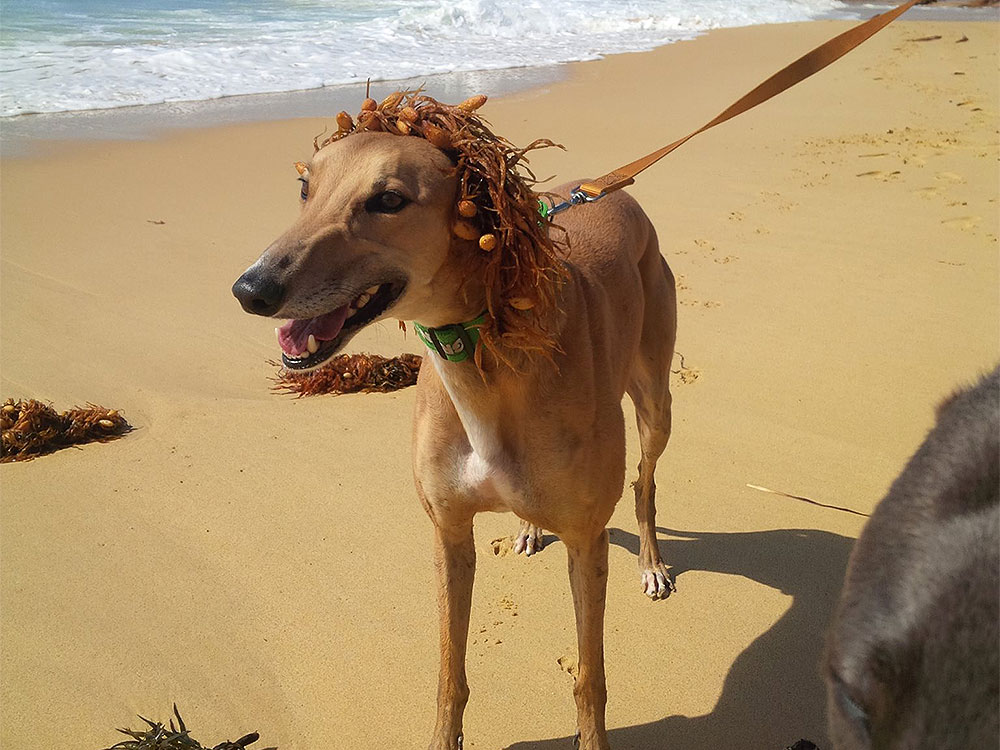