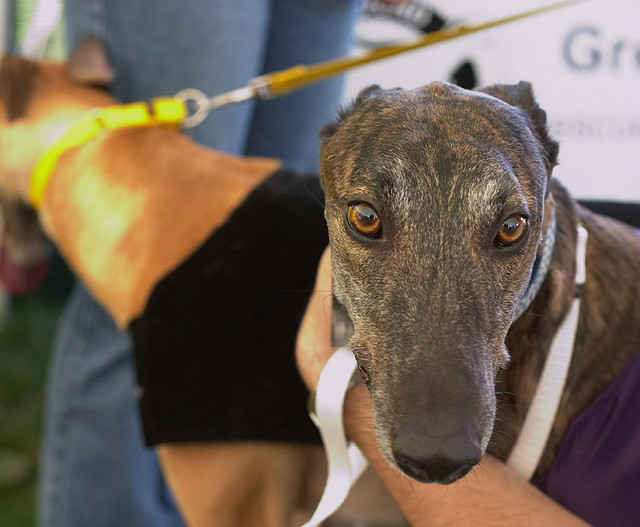 Thousands of people are demanding that Skechers and NBC drop a proposed Super Bowl ad filmed at a notorious Arizona greyhound racing track.

“Skechers should not be partnering with Tucson Greyhound Park, which has an extensive record of cruelty. We are hopeful that the company will hear our concerns, realize its mistake and withdraw this misguided promotion of dog racing” GREY2K USA President and General Counsel Christine Dorchak told USA Today.

The ad, for Skechers’ GORun line of shoes, reportedly features a French bulldog wearing the company’s shoes to race against a pack of greyhounds. Dog Racing is banned in 38 states and is frequently the subject of cruelty and neglect allegations.

According to PETA Greyhounds used as racers typically live their entire lives in cramped cages and are kept muzzled by their trainers at all times. These gentle dogs are extremely sensitive, yet they rarely know the comfort of a kind word or a gentle touch. When too old, injured, or tired to continue racing, the dogs are often discarded like garbage.

Skechers marketing chief Leonard Armato insists there are no plans to pull the ad before it’s scheduled to air on Feb. 5. Because the protesters haven’t seen the spot, he says, they don’t know what they’re protesting.