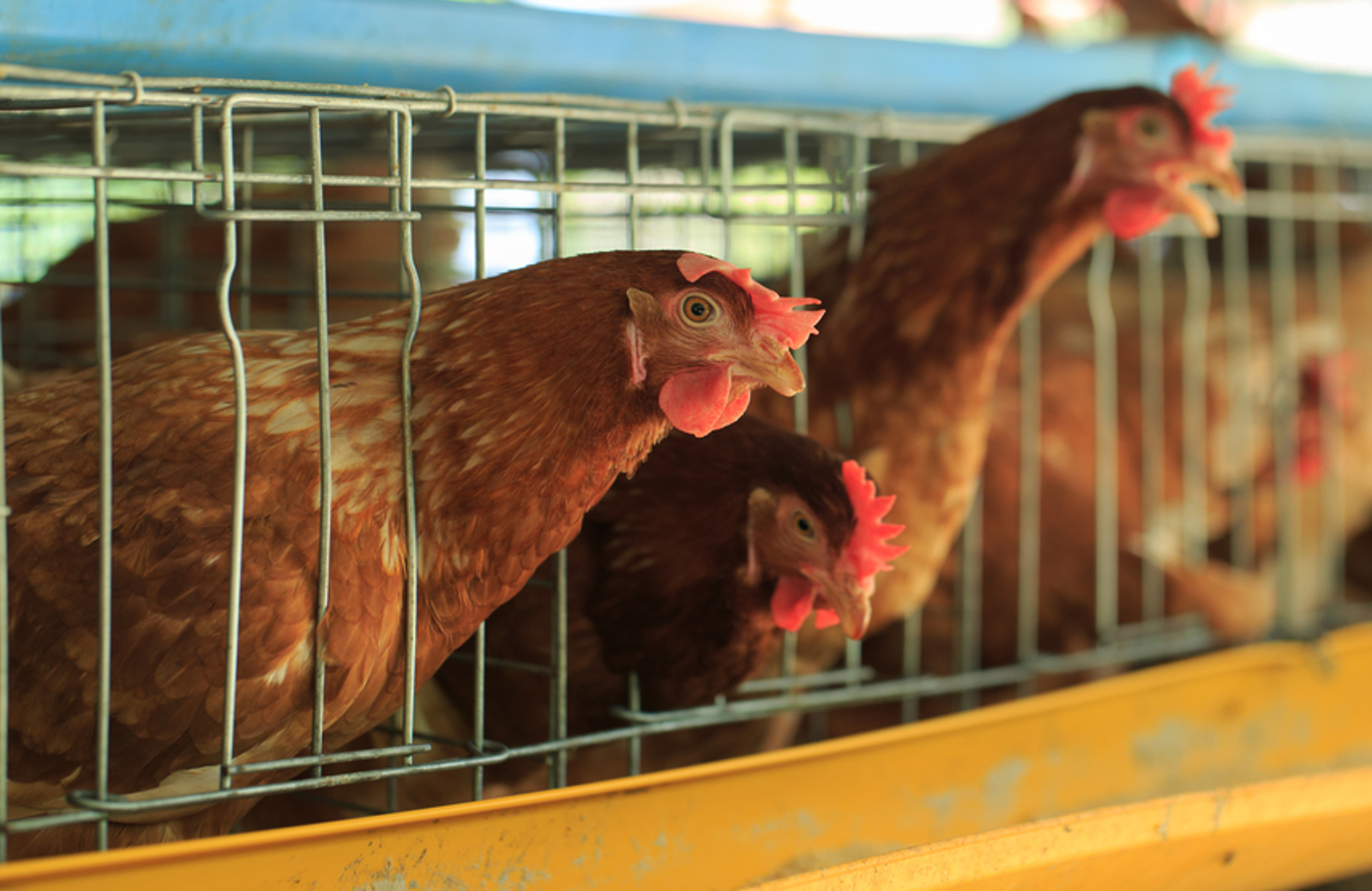 The peninsula known as Delmarva, located at the intersection of Maryland, Delaware, and Virginia, is bordered by the Chesapeake Bay on the west, the Delaware River, Delaware Bay, and the Atlantic Ocean on the east, and the Elk River on the north. Sounds lovely, doesn’t it? Except this is also known as the chicken manure capital of the world, where 600 million broiler birds are raised each year. And that manure is heavily polluting the surrounding waterways, contaminating public drinking water and area crops, and seriously affecting public health.

According to the Chesapeake Bay Program, these agricultural sources account for 44 percent of all nitrogen and 57 percent of all phosphorus entering the Bay, which isn’t surprising considering that chicken manure contains more nitrogen, phosphorus, and potassium than other waste. That makes it so “hot” that it will literally burn any plants it comes into contact with unless it is first spread over a large field or “composted,” which involves piling this manure, along with the urine, feathers and dropped feed that accompanied it on the barn floor, into massive heaps up to three stories high. Rains, erosion, and agricultural runoff from these farms often end up transporting this mess into area waterways via small ditches and canals and enable it to easily leach into groundwater.

This is very bad news for environmental and public health because water samples taken from streams and drainage ditches near many poultry factory farms have been found to contain high levels of fecal coliform bacteria, along with the following:

The poultry industry is dominated by big corporations like Tyson Foods, the largest chicken producer in the country, which prides itself on slaughtering an average of 35,000,000 chickens per week. In the U.S., Tyson pollutes more water than Cargill (the world’s largest privately owned company) and ExxonMobil (the world’s largest publicly traded international oil and gas company) put together. And it has paid more than $25 million in legal settlements and fines since 2001, as a result. But for the most part, it isn’t being held accountable for the bulk of its environmental befoulment. Instead, it pushes that responsibility, and the financial burden that accompanies that, onto its contract farmer base.

A massive 97 percent of chickens are produced on contract factory farms, which don’t even own the chickens. Instead, the birds are “rented” to them by these big corporations. As Factory-farming.com explains, these contractors “bear the financial burden of the operation, have no say in how the chickens are raised or treated, and bear all the risk of any resulting environmental problems.” This is important because in addition to being an extremely unjust setup that makes it difficult for these contractors to get by, the corporations in charge mandate that the chickens be raised under extremely cruel circumstances, which ultimately affects the birds’ health and well-being – and our own.

Since 1925, the average chicken’s weight has doubled, as they are now bred to grow massive breasts that cause them to “topple forward” as adults and make it difficult for them to breathe or stand. Through selective breeding and the use of weight gaining drugs in feed, these animals are forced to grow like this at an alarming rate, taking now just half the time to grow to such an unnatural weight, compared to the 1925 average – a rate at which Poultry Science says would equate to a human weighing in at 660 pounds at just two months of age. As a result, 90 percent of broiler chickens are unable to walk properly, as the bones and muscles in their legs are unable to cope with the sheer weight of their bodies.

As Karen Davis of United Poultry Concerns explains, “Even if you rescue a chicken from a poultry shed at one day old, the pathologies built into the bird will emerge in the form of cardiovascular disease, crippled joints, and an unnatural gait.”

She continues, “The breast muscle grows large and pendulous, and excess fat squeezes the internal organs, impairing the bird’s ability to breathe. Respiratory distress is innate in these birds. In the 1970s, a chicken farmer wrote, ironically, about the new type of chicken then being bred, that ‘the sign of a good meat flock is the number of birds dying from heart attacks.’ This remains true today.”

The corporations in charge also insist that these genetically manipulated giants be raised in serious cramped and stressful conditions, in near complete darkness, breathing nothing but the toxic fumes of their excrement. Even “certified humane,” “cage free,” and “free range” chickens are provided with no more than one to one and a half square feet of space per hen. This is utterly unhealthy and results in millions of “broiler” chickens dying from heart failure or infectious disease before they even reach slaughter.

To increase survival rates in these extremely tight and dirty quarters, the chickens are routinely fed antibiotics in addition to an unhealthy diet – so much so that the bacteria found in these chicken sheds is becoming antibiotic-resistant, which seriously impacts human health when antibiotics become ineffective at fighting the infections for which they were designed to treat. More than two million Americans suffer from antibiotic-resistant infections each year as a result. And since 25 to 75 percent of antibiotics fed to these birds passes into their manure unchanged, we know that these substances are contaminating our waterways as much as the other toxins described above. This is a recipe for a serious public health catastrophe.

Meanwhile, the corporations who enforce all of these rules that lead to so much pollution, pain and disease are getting off, for the most part, scot free. It’s time for them to bear the responsibility of their actions.

Sign this petition on Care2 demanding that big chicken companies take responsibility for their own waste.

In addition, take measures to protect your own health as well as that of the planet by choosing more plant-based options over poultry. The less poultry the market demands, the fewer of these polluting factory farms there will be, and the less pollution and disease they can spread. To learn more about how you can use your food choices to create positive change, join One Green Planet’s #EatForThePlanet campaign.