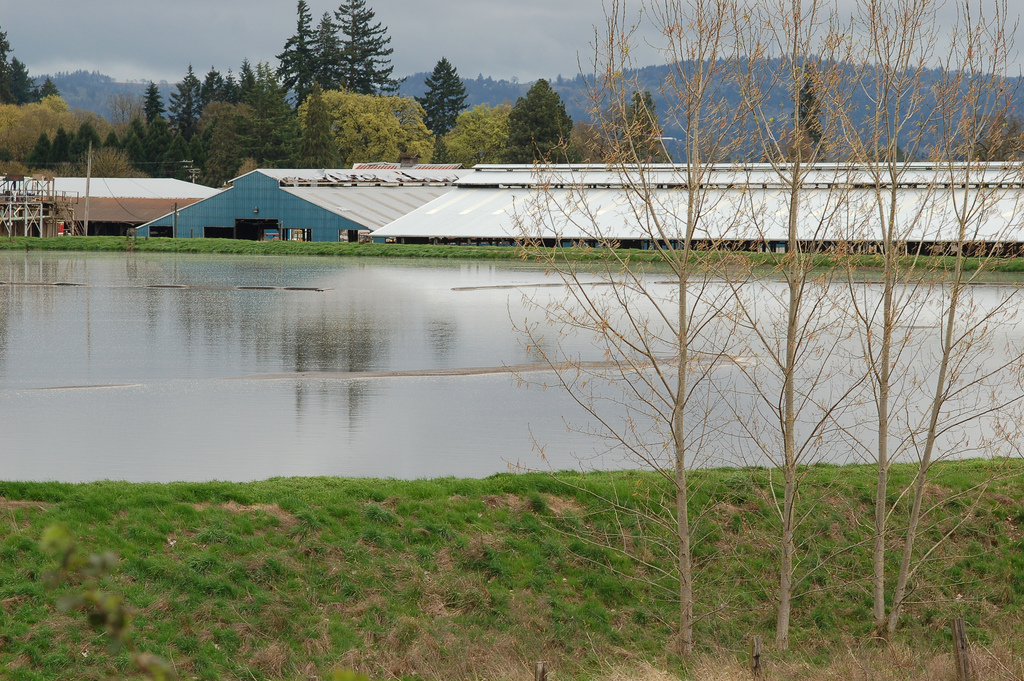 In the United States, around 27 billion animals are raised for food every year. These animals are subjected to lives in extreme confinement where they live in fear and pain. The cruelty that these animals experience is rather well-known and understood, however, the negative environmental impact that raising this many animals causes is less so. One of the most notable ways that factory farming impacts the environment comes in the form of water pollution.

Animals raised for food produce approximately 130 times more waste than the entire human population combined. When you concentrate these animals in massive factory farm facilities, it is incredibly difficult to keep these giant facilities clean without using a massive amount of water. To run the flushing systems that clean excrement off the floors of dairy farms, 150 gallons of water are required per cow, every single day. In fact, the majority of water used in factory farms does not go towards hydrating animals, but rather to cleaning and processing animals during slaughter. Once this water is polluted with animal waste, it is so polluted with antibiotics, hormones and bacteria that it cannot be returned to the water system.

This waste ends up being stored in massive open-air lagoons that sometimes stretch the length of several football fields. Unfortunately, these cesspools are not iron-clad, spill proof facilities, but are prone to leaks. Some farmers also routinely drain their cesspools by spraying the waste onto neighboring lands. Between these two factors, there is an extremely high likelihood that factory farm waste will end up in local water supplies. When this happens, the excess nitrogen and phosphorus from manure causes massive algae blooms that take up all the water’s oxygen, killing all other marine life. High levels of toxins found in farm animal waste have also been noted in domestic water supplies which poses a serious risk to public health.

Although factory farms produce an enormous amount of waste and pollution, according to the Natural Resources Defense Council, they are largely exempt from standard air and water pollution regulations. To get an idea of what sort of damage factory farms are causing to our water supply, check out these shocking facts. 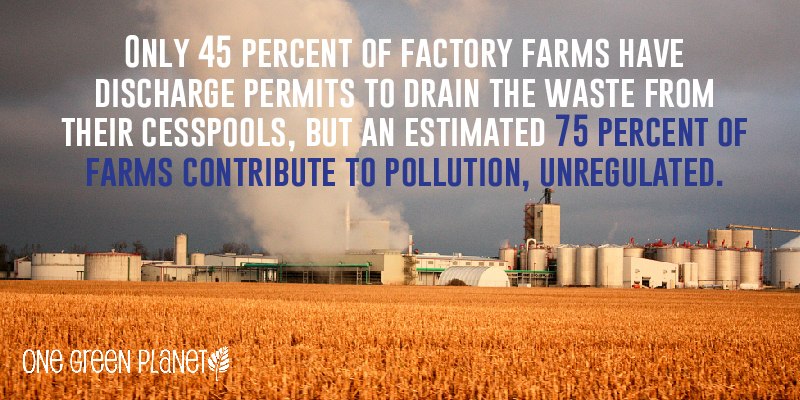 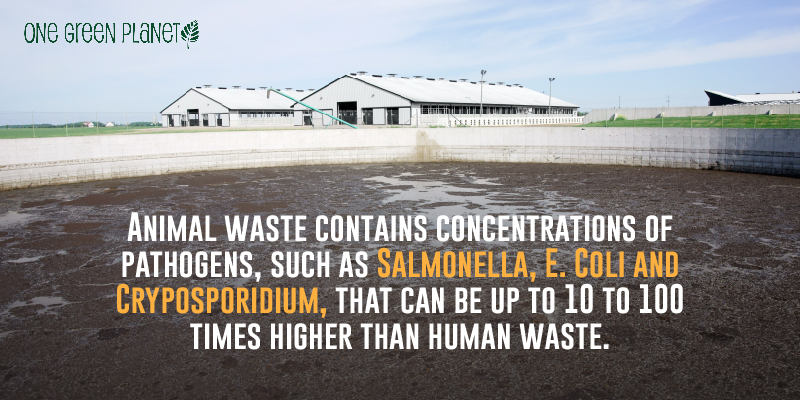 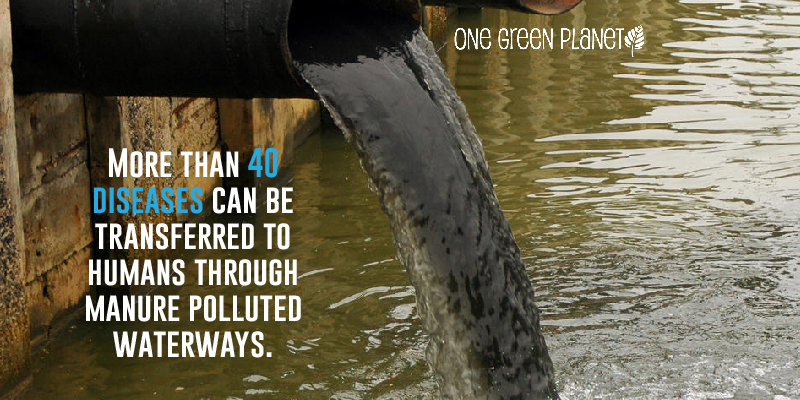 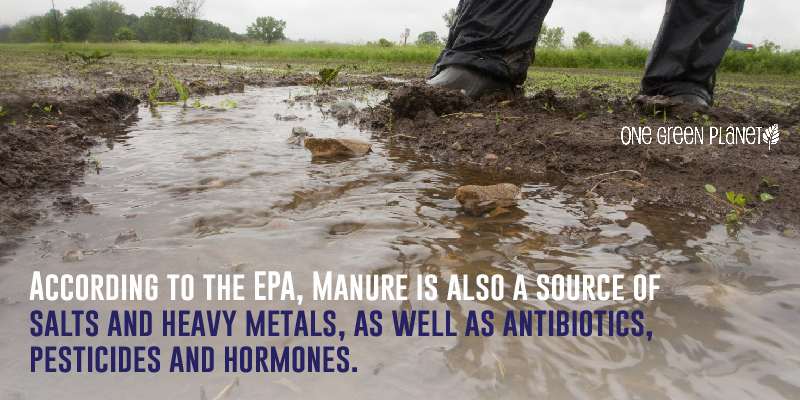 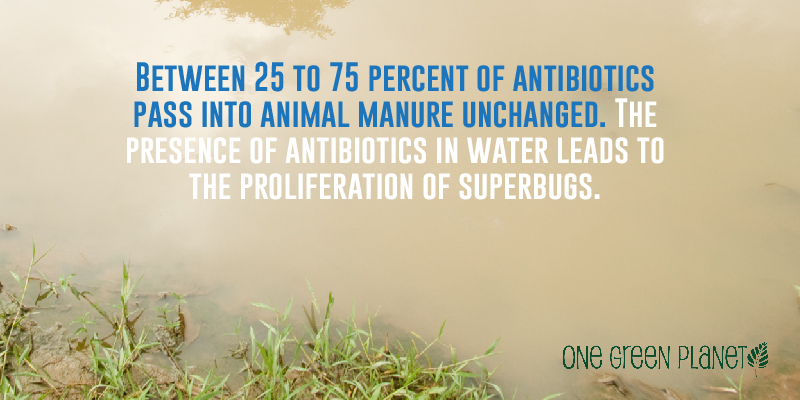 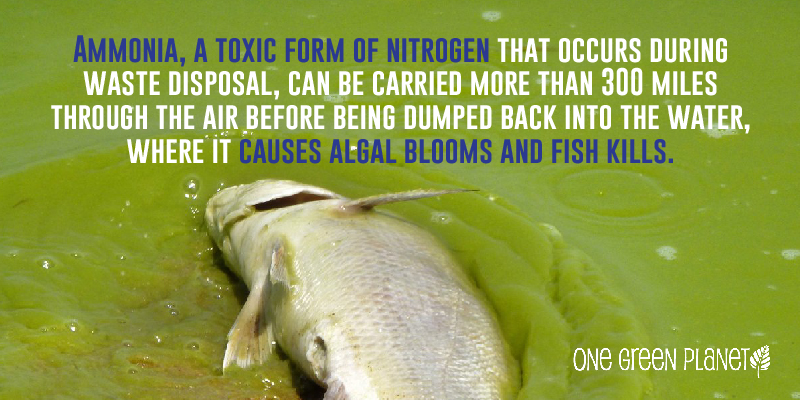 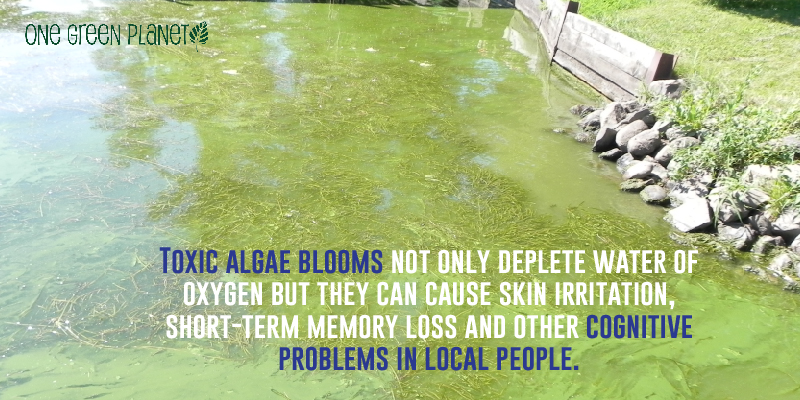 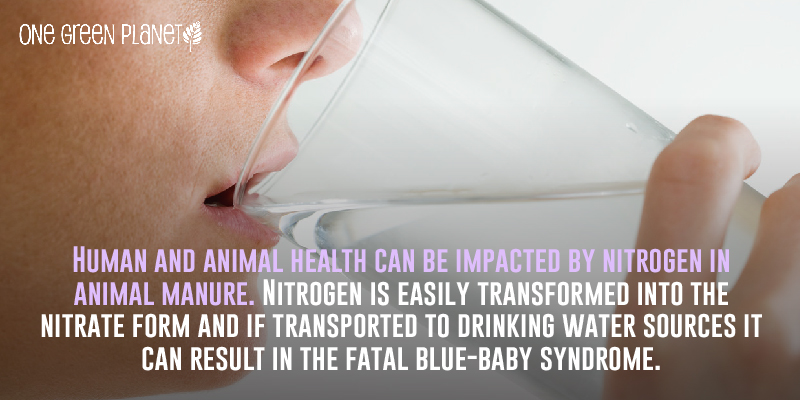 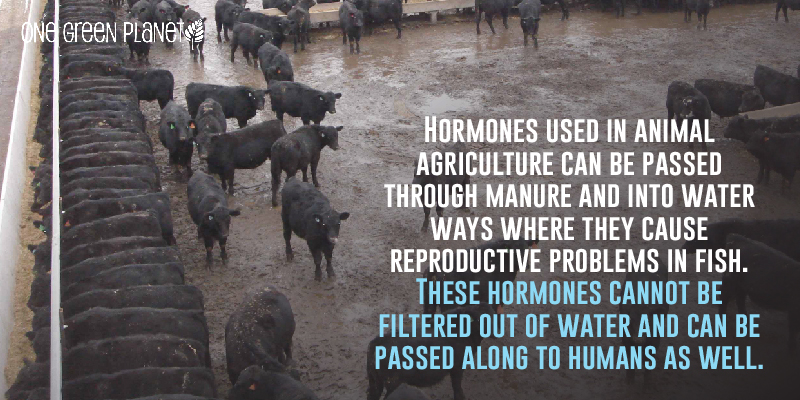 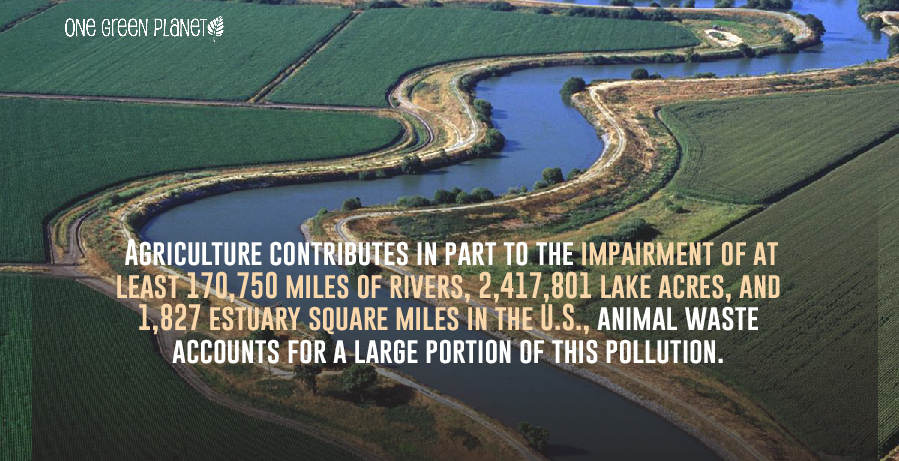 Time to Clean Up Our Act

Looking at these facts, we’re guessing your burger might be looking a little less appetizing. The reality is that as long as factory farms are tasked with raising thousands of animals to meet consumer demand, there is going to be a whole lot of waste that goes along with those animals. It should go without saying that we cannot survive without clean water, but it is important to remember that we are not the only ones who rely on this important resource. When waterways become polluted with agricultural waste, they lose their ability to harbor thriving marine ecosystems and the negative impact of pollution creates a cascading effect.

Instead of supporting this industry that is systematically destroying what little clean water stores we have left, you can choose a much more sustainable alternative and shift your diet to contain more plant-based foods. Once we recognize what sort of impact our consumption habits have, we can make better choices – for ourselves and the planet. Now isn’t that something we can all be happy about?