This is What The Future of Factory Farming Will Look Like 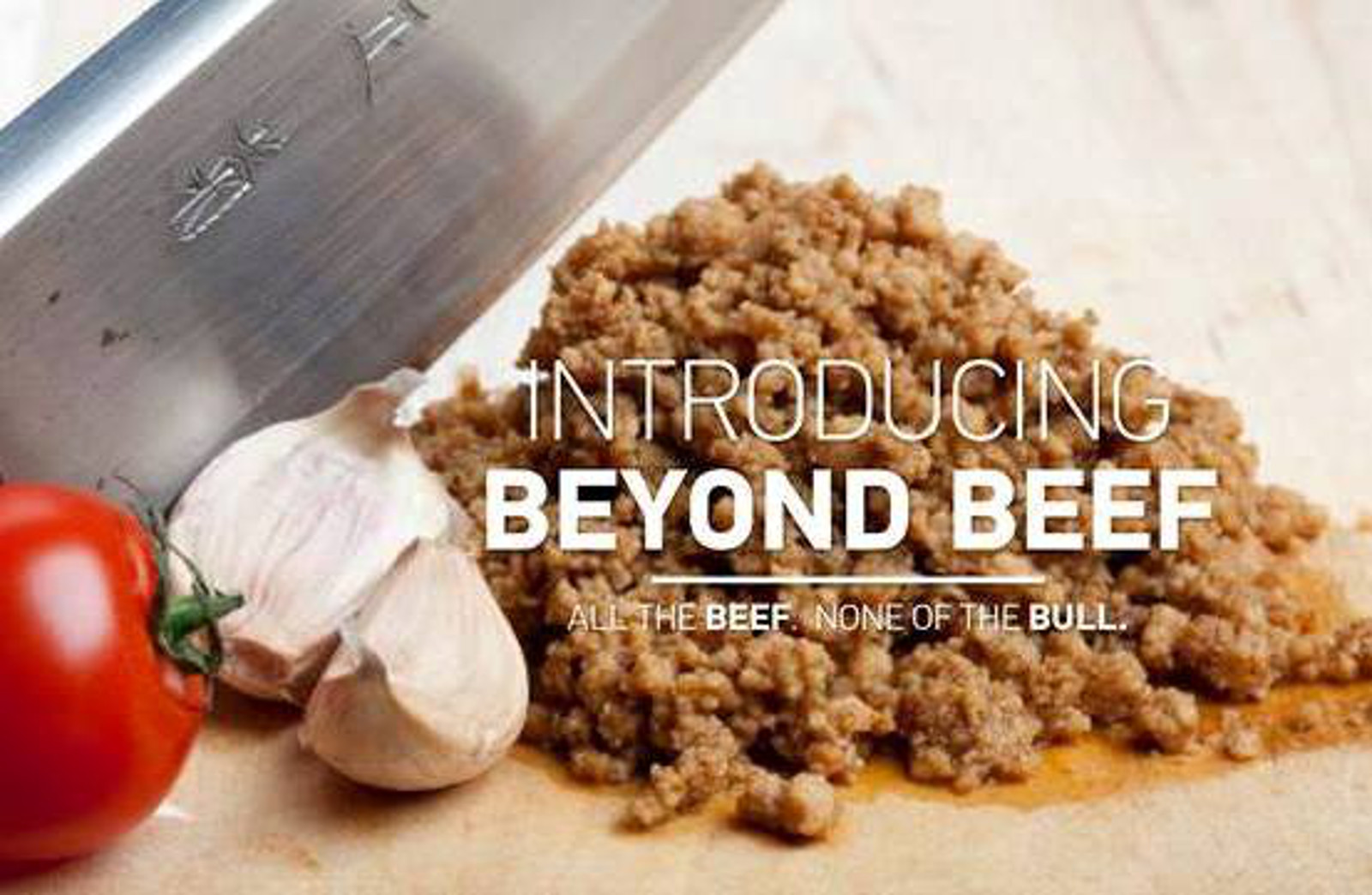 When we think of a factory farm, we picture animals crammed together in small cages, the stench of manure, and cruelty. Despite the growing number of people who are realizing that this is the reality of the food system, change might not be happening fast enough.

To remedy this situation, we’re seeing the advent of food-tech companies like Hampton Creek, Beyond Meat, and in-vitro meat (lab grown) companies here to redefine “factory produced meat.” This type of  “factory” produced food is healthy, sustainable, and delicious. Technologically or scientifically-driven food no longer needs to bring to mind images of “franken-foods” or genetically modified organisms.

The food revolution is being fueled by forward-thinking companies that are unlocking the secrets of plants, and using the laboratory as their factory.

The Modernization of Agriculture

To truly understand how we’ve gotten ourselves into such deep manure (so to speak), we need a brief history of how our current method of “farming” came to be. This is where our problems began.

According to Matthew Scully, as he writes in “Dominion: The Power of Man, the Suffering of Animals, and the Call to Mercy,” agricultural production across the world has doubled four times since 1820 and 1975. During this same time frame, “the number of people involved in farming dropped as the process became more automated.” Further demonstrating the point is that, “in the 1930s, 24 percent of the American population worked in agriculture compared to 1.5 percent in 2002.”

This system allows for systematic abuse, the industry to self-regulate, and widespread environmental damage from overcrowded farms. Chipotle’s advertisement, “Back to the Start” does a great job illustrating this issue. We’ve gone from smaller “family farms” to largely industrialized operations that treat animals like units of production, not sentient beings.

Why We Need to Adapt

We’ve been ignoring the rising costs of factory farming for too long. The majority of smaller farmers who still do things the way that most meat marketing wants you to believe, are being pushed out by larger factory farms that are simply capable of producing more for less.

According to Farm Forward, “The factory farm record on the environment is no better: World Watch, the Sierra Club, the Pew Commission, Greenpeace, and other major environmental watchdogs have singled out factory farms as among the biggest polluters on the planet.”

We’ve seen just how harmful the pollution can be in a series of satellite photos taken in September 2013. Also the United Nations warns of the continued detrimental effects of meat production, and some slaughterhouses are being held accountable with their role in pollution of water.

In addition to polluting the environment, factory farms have time and again proven to be a threat to human health. See “5 Modern Diseases on the Rise Because of Factory Farming” for more information. Here’s a hint – salmonella.

Lastly, we know that factory farms are absolutely no place for any animal, non-human or otherwise.

Hampton Creek Foods is a food-tech company on a mission to disrupt our broken food system. Much like the way Amazon revolutionized what it means to be a retailer, Hampton Creek aims to disrupt the egg industry and redefine how we get healthy, affordable food to everyone. Their first product to hit retail shelves is Just Mayo, which is as delicious as the packaging is beautiful.
In a press release, Jimmy Monaco, Prepared Foods coordinator for Whole Foods Market’s Northern California region, said, “Hampton Creek’s Just Mayo is one of the most innovative, environmentally-minded, and delicious products we’ve brought to the Whole Foods Market Kitchen.”

Hampton Creek foods also created Beyond Eggs, which it aims to replace factory farm produced chicken eggs as ingredients for big name brands of processed foods. For less than the cost of eggs, as well as being much safer and having better functionality in recipes, Beyond Eggs will soon be hitting the ingredient market. Next in the way of retail products is Eat the Dough, yum!
The magic of Hampton Creek is that it’s simply using plants to create delicious food. Hampton Creek Investor Ali Partovi says, “It’s not like there’s some kind of artificial animal being created. It’s just changing the recipe around in a way that makes it environmentally and economically better.”
Another game changer in the food-tech industry is Beyond Meat (no relation to beyond eggs or Hampton Creek Foods). According to CBS News, in March’s issue of Fast Company magazine, Beyond Meat is named as one of the “World’s 50 Most Innovative Companies of 2014.” As part of their 25/20 Vision, Beyond Meat will focus on improving public health, positively impacting climate change, addressing global resource constraints, and improving animal welfare.

All of these goals are met by their products, chicken-free strips and the newly released beef-free crumbles.

Ethan Brown, founder of Beyond Meat, says, “We’re thinking about changing the world. And you know if, if I could give this product away I would. Everyone at the company feels that strongly about our mission, the direction of the company, you just see growth, that’s it.”

Lab Grown Meat – Will It Satisfy?

We have to ask ourselves, is eating meat grown in a lab any more strange than eating meat the way we do now? The vast majority of animals grown for their meat on today’s factory farms are genuinely abused all in the name of satisfying the taste for a particular food. They are raised in disgustingly unsanitary conditions, and this poses a threat to their health, and the health of workers.

When meat is grown in a lab, we don’t have these issues. No animals are harmed at all, and people are working in a clean atmosphere that doesn’t damage them psychologically. In contrast to Beyond Meat, who’s products are plant-based, in vitro meat would begin with animal cells.

On August 5, 2013, the world’s first lab created hamburger was cooked and eaten in London. The BBC says, “Scientists took cells from a cow and, at an institute in the Netherlands, turned them into strips of muscle that they combined to make a patty.”

How did it taste?

According to BBC News, “One food expert said it was ‘close to meat, but not that juicy’ and another said it tasted like a real burger.”

Although the commercial availability of in vitro meat is far off, this initial tasting has generally been viewed as a success. This type of product could also lead to countless imaginative meals, as seen in the in vitro meat cookbook.

Overall, it looks like the future of factory farming may indeed be bright, so long as we, as consumers, use our dollars consciously and opt for the more humane products that are becoming increasingly available thanks to the likes of Beyond Meat, Hampton Creek, and others.