No Fraccident: How Animals Are Hurt By Fracking 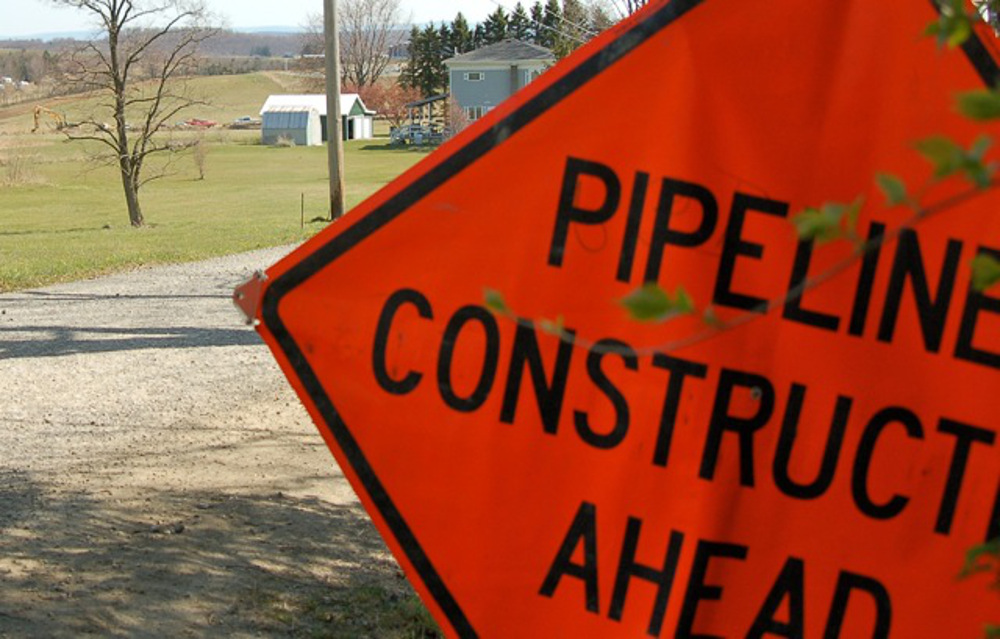 We stand now where two roads diverge. But unlike the roads in Robert Frost’s familiar poem, they are not equally fair. The road we have long been traveling is deceptively easy, a smooth superhighway on which we progress with great speed, but at its end lies disaster. The other fork of the road — the one less traveled by — offers our last, our only chance to reach a destination that assures the preservation of the earth.

There are many reasons why hydraulic fracturing is not a good idea. But while people across the world are voicing their opinions on this issue, some other important voices are going unheard.

Whose voices are these, exactly? The voices of the animals, of course.

Despite evidence that fracking activities have caused the death of thousands of animals, fracking not only continues, but is poised to expand in coming years.

We are in fact on a smooth superhighway that is leading toward disaster if we continue to allow the devastation caused by fracking to continue, but that is not to say there is no exit. By helping to end the suffering of animals that are affected by fracking, we can begin to take steps off the superhighway and onto Carson’s second path.

Many hydraulic fracturing sites are located on farmland or close to farms. The proximity of fracking sites and incidents of farm animal illness seem to be inextricably linked. However, due to non-discolsure agreements and proprietary secrecy over chemicals used in hydraulic fracturing, it is incredibly difficult for scientists to definitively link animal deaths and reproductive defects back to fracking companies. This is not to say that thousands of animals across the United States are not being impacted by fracking. In fact, there is very strong evidence that would suggest just this.

Professor Robert Oswald and veterinarian Michelle Bamberger conducted a study of animals in six states where fracking takes place. The following are two examples of the 24 cases they reported via the Cornell Chronicle:

“Who killed Dunkard Creek? ” is the tagline from an article published in Scientific American that illustrates the shroud of mystery around fish kills across the nation. While all scientific evidence points to fracking wastewater as the culprit, many cases are left open for legal reasons.

In 2007, fracking fluid spilled into Kentucky’s Acorn Fork, a small Appalachian creek. After the spill, state and federal scientists noticed a mass die-off of aquatic life in the creek. Nearly six years later, a joint study of this occurrence by the U.S. Geological Survey and U.S. Fish and Wildlife Service was able to indefinitely link fracking fluid for the widespread death and distress of the river’s species.

Likened to the canary in the coal mine, the death of fish alerts humans of the danger that drinking polluted water can hold.

Fish kills have also been attributed to drainage of creeks for fracking. Fracking requires millions of gallons of water and local streams often pay the price. Both Sugarcamp Run and Cross Creek in southwestern Pennsylvania have experienced fish kills as the result of water withdrawals.

In the case of Dunkard Creek, golden algae is to blame for the death of thousands of fish and other aquatic life. But the question of how the algae got there in the first place remains. Golden algae is native to hot, desert environments and thrives in water with high levels of total dissolved solids (TDS). This specific type of algae produces toxins that are lethal to fish and other aquatic life.

Marcellus Shale drilling creates millions of gallons of salty wastewater or “brine.” It is believed that this brine could have caused a rise in TDS in Dunkard, creating an ideal environment for golden algae to bloom.

On land, trucking equipment used for fracking has been implicated in introducing invasive species that compete with native species and threaten ecosystems.

Fracking turns natural areas into industrial zones. Since 2005, over 360,00 acres of land across the United States have been damaged by fracking. Oil and gas companies are even looking to expand fracking activities into national parks.

To build large-scale fracking sites, thousands of acres of land must be cleared. Naturally, as with other land-clearing activities, fracking directly threatens the livelihood of whole ecosystems due to increased potential for air and water pollution associated with fracking activities, as the USGS reports.

However, this fact has not stopped fracking companies from going after important wild lands like Pennsylvania’s forests — two-thirds of which sit right on top of Marcellus Shale. In fact, in an effort to clear more land for fracking operations, drillers are currently pushing to pass a bill that would limit the authority of Pennsylvania state agencies to designate and protect endangered species. Unbelievable!

Fracking operations require anywhere from 900 to 1,300 truckloads of materials. According to Ohio’s Environmental Council, the noise and light pollution from this activity is likely to impact the migration of native birds and even effect nocturnal animals.

A single drilling station can affect 30 acres of forest. Birds and nocturnal species are highly sensitive to disruption. A study in New Mexico found lower diversity within bird communities in noisy areas which affected the plant populations that birds help to pollinate.