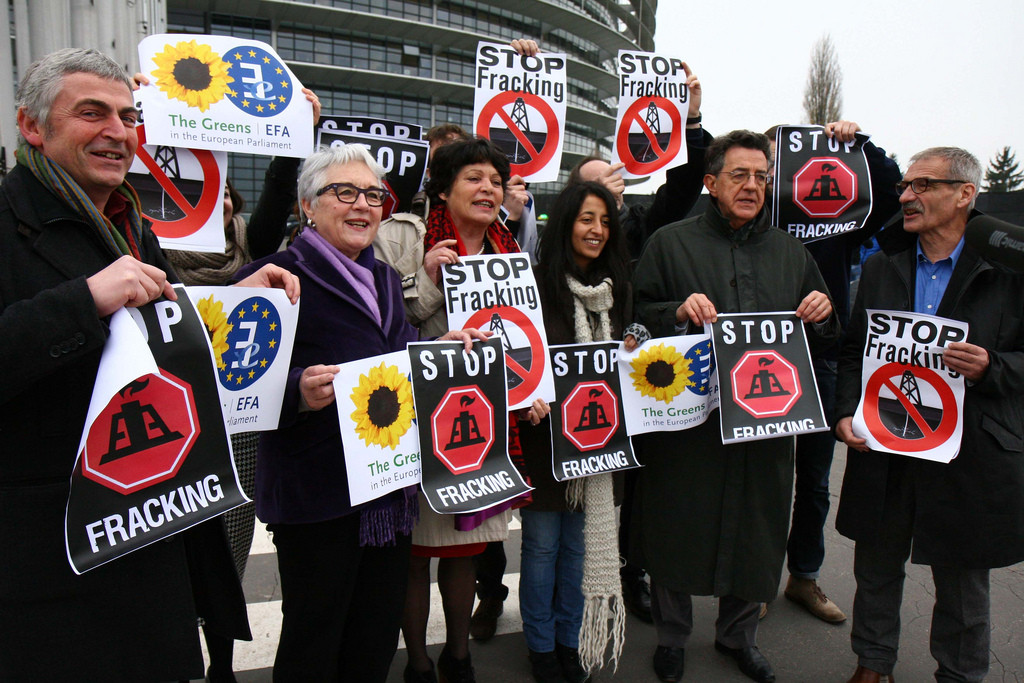 There is a lot of controversy surrounding the topic of fracking. While some people are up in arms against it, others look at it as the key to energy independence. So what the frack? What is fracking in the first place and why does it have the world taking sides?

Hydraulic fracturing (fracking for short) is the process of extracting natural gas from ancient bedrock. Natural gas is thought to be a “cleaner” alternative to coal as it emits less greenhouse gases when burned. Fracking is not a new practice, but gained popularity in the past decade as a viable source of energy to get the United States off foreign oil.

The process of fracking involves pumping millions of gallons of water, sand, and chemicals deep into the ground to create fissures in the bedrock. These fissures allow natural gases to escape from their ancient trappings where they are collected to generate energy.

While an alternative to coal is a good thing, natural gas is not by any means carbon-neutral. There are also many environmental hazards associated with fracking. The bottom line is, scientists and geologists alike are still unsure of all the potential consequences fracking may cause, but the things we do know are not all too promising. Here are just five of many downsides to fracking.

Fracking poses a serious threat to fresh water stores where fracking takes place. To create fissures in rock formations, millions of gallons of water, sand, and a chemical cocktail (including formaldehyde, acetic acid, and boric acid to name a few) are put into wells at very high pressures. Depending on the geology of the area, between 25 and 75 percent of this contaminated water returns to the surface as wastewater that is then collected and injected deep underground. This water is highly toxic and more often than not finds its way into aquifers and surface water or seeps into soil. In the Marcellus Shale region of Pennsylvania, more than 1,544 gas wells were cited of violations in 2010 alone. Food and Water Watch reports that the massive amount of water required by fracking will exacerbate the global water crisis as contaminated water used in fracking can not be returned into the natural water cycle.

Sandra Steingraber, a scientist turned environmental activist, has written extensively on the correlation between fracking and cancer. According to Steingraber’s research, 25 percent of fracking fluid is composed of known carcinogens and chemicals that can migrate into public waters. In Pennsylvania and Wyoming, benzene and methane was found in groundwater and aquifers used for drinking water. Benzene has been strongly linked with childhood leukemia. Fracking also releases ionizing radiation from naturally occurring radium-226 and exposure to this sort of radiation has been linked to breast cancer. Wastewater from fracking cites often exhibits elevated levels of radiation as well as bromides that have been linked to bladder and colon cancer.

Fracking fluid not only contains chemicals that have been known to cause cancer, but it also contains a number of endocrine disrupting chemicals (EDCs).  The U.S. Geological Survey reports that of the 750 chemicals used in fracking, over 100 are EDCs that have been linked to respiratory, gastrointestinal, neurological, and reproductive conditions. EDCs have been linked to sex changes in wildlife and contaminated waters have also caused fish deaths in Pennsylvania.

In the Marcellus Shale region of Pennsylvania, many farmers are being asked to lease their land to gas companies for fracking. While most farmers own their land rights, the mineral rights associated with the shale the farms sit on top of are up for grabs. Unable to afford lawyers to sue gas companies for the mineral rights to their land, farmers have been forced to abandon their farms. Farmers who do stay in areas that have begun fracking risk losing crops and livestock to fracking fluid contamination.

5. The Many Things We Still Don’t Know

The fact is, we still don’t really know what potential effect fracking can have on the planet. The process of fracking disrupts what Sandra Steingraber refers to as the planet’s “geological basement.”  Creating fissures in Precambrian (literally the first rock formed on Earth) bedrock has caused earthquakes in Pennsylvania and there are countless potential health hazards associated with fracking. The “Golden Rules for a Golden Age of Gas,” a pamphlet developed by the International Energy Agency, outlines the “numerous hurdles” that have yet to be overcome by the fracking industry, including problems of air pollution, the contamination of ground and surface waters, the risk of earthquakes, and the release of greenhouse gases that would produce a larger environmental footprint than conventional gas development.