How Genetic Manipulation in Factory Farms Impacts Chickens: The Story of Louise the Rescued Hen 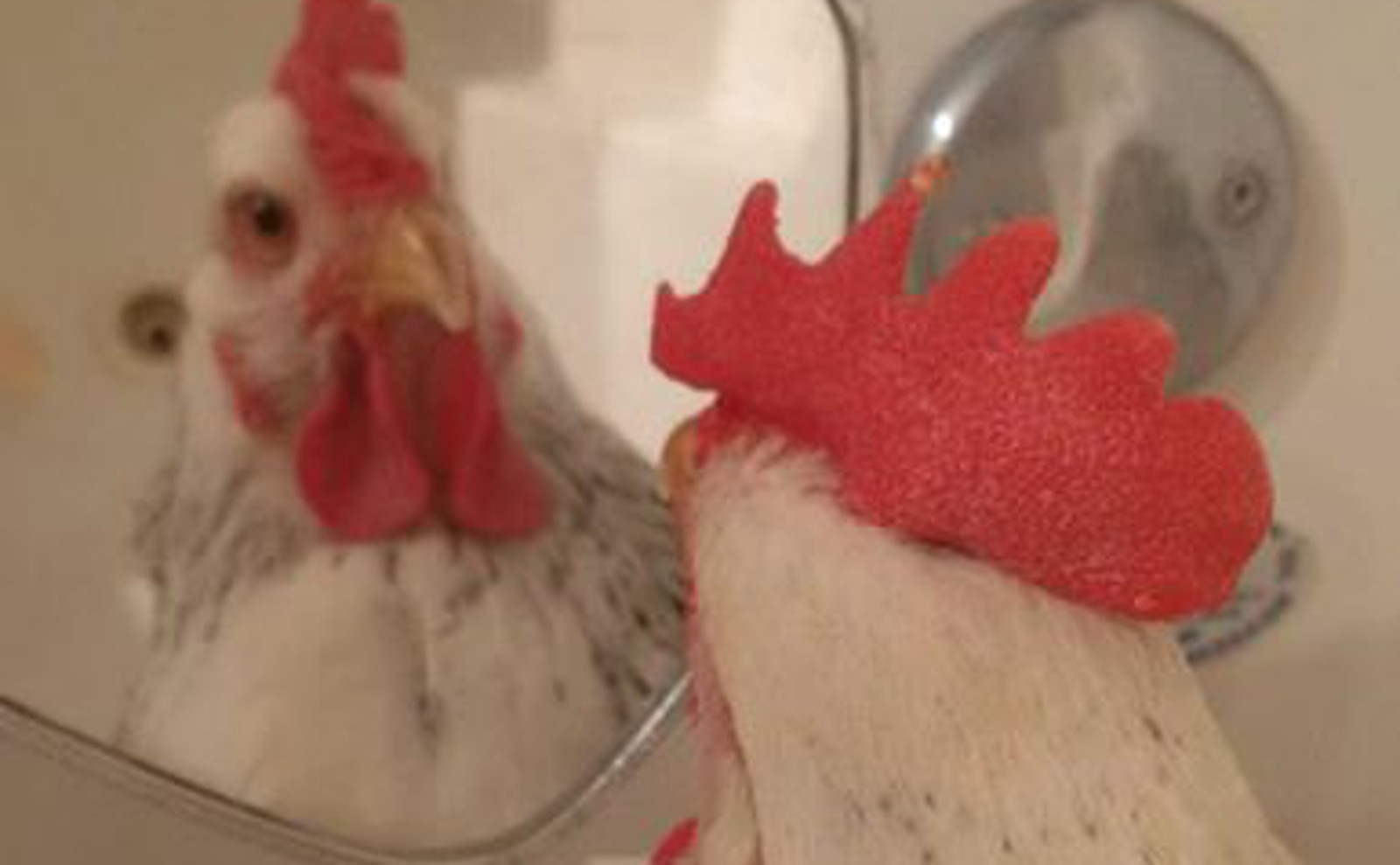 Life for a chicken in a factory farm is arguably no life at all. Both chickens raised for meat and eggs are subjected to some of the most unseemly and abusive conditions imaginable.

Egg-laying hens are typically housed in battery cages, small wire structures that are no larger than an iPad. Between five and ten hens can be crammed into these unseemly small cages at a time, causing the birds an enormous amount of stress; most never get to fully extend their wings in their unnaturally short lifetime. Chickens raised for their meat, also known as “broiler” chickens, are not subjected to life in a cage, but their conditions are no better. These birds are housed in overcrowded hot, dark sheds by the ten thousand.

The sad reality is that in the U.S., 99 percent of chickens are raised in a factory farm environment, meaning the cruel standards of confinement and treatment, but that is hardly where the absurdity of how factory farmed chickens are treated ends.

It is important to keep in mind that both egg-laying hens and broiler chickens are considered numbered commodities in the animal agriculture industry and they are only worth the profit that they can generate. For hens, that is quantified in the number of eggs they lay, for broilers, the size of their breast meat.

In order to ensure that these chickens produce the maximum possible profit, the industry have manipulated the genetics and natural growth cycles of both egg-laying hens and broiler chickens. Over the last 50 years, chickens have quadrupled in size and grow unnaturally large breasts (considered the most desirable cut of meat). This causes them to be so top-heavy that their legs physically can’t support their weight. Egg-laying hens now lay on average 250 eggs a year, while their ancestors only laid about two dozen, annually.

When in factory farm conditions, the consequences of these manipulations go largely overlooked, but what about when a chicken is rescued and allowed to live in freedom and be seen as an individual? How do these physical alterations impact the life of that animal? The story of Louise, the rescued egg-laying hen shows us just that.

Meet Louise, a rescue hen that had been raised as part of the egg industry but was saved by Penny Lane Sanctuary at a very young age.

She lived with several other rescued birds, including two ducks and a guinea fowl.  Almost immediately it became apparent that Louise was unlike any of the other birds – she was smart, curious and accepting of human kindness.  She loved to be cuddled and carried around.  She was playful and would spend hours pecking through the grass on a warm sunny day.  She has the life deserving of all chickens.

Sadly, having been selectively bred, Louise’s genes were essentially a ticking time bomb.  She would be plagued by difficulties throughout her short life in sanctuary simply because she was bred to be larger than nature intended.  Her weight had direct impact on her frail legs and feet.  She dealt with several respiratory infections due to internal complications resulting from her size. 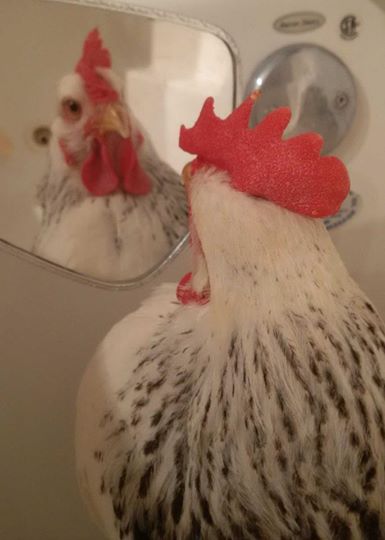 After a year, her body failed her and she passed away peacefully.  For a chicken that loved life as much as Louise did, it does not seem fair that she only lived a short while.  At least she knew what freedom was – knew what the sun felt like on her feathers; knew how the grass felt beneath her feet; and knew what love and kindness was.  These simple pleasures are denied to millions and millions of chickens.  Instead, they are confined to small cages, forced to endure unspeakable horrors until death.

Educate yourself and others about the cruel realities behind factory farming and how the animal agriculture industry raises chickens – as well as other animals. Although Louise had a short life, she at least got the opportunity to know what life as a chicken is really supposed to be like. This is not the case for the majority of others. When we come to see the cruelty apparent in factory farming and understand how our individual choices to purchase both eggs and chicken fuels the perpetuation of this abuse, we can realize that we have a choice. Either we can support this suffering, or remove our participation all together.

With plethora of plant-based options available to replace virtually every animal product, the choice has never been simpler. By simply consuming less or completely eliminating animal products, you can have a huge impact.

Beyond making changes in your food choices, you can help animals by supporting local rescues and sanctuaries that work hard to provide a safe haven for farm animals.

“You cannot get through a single day without having an impact on the world around you. What you do makes a difference, and you have to decide what kind of difference you want to make.”
― Jane Goodall