How Undercover Investigations are Changing Public Perception of the Meat Industry 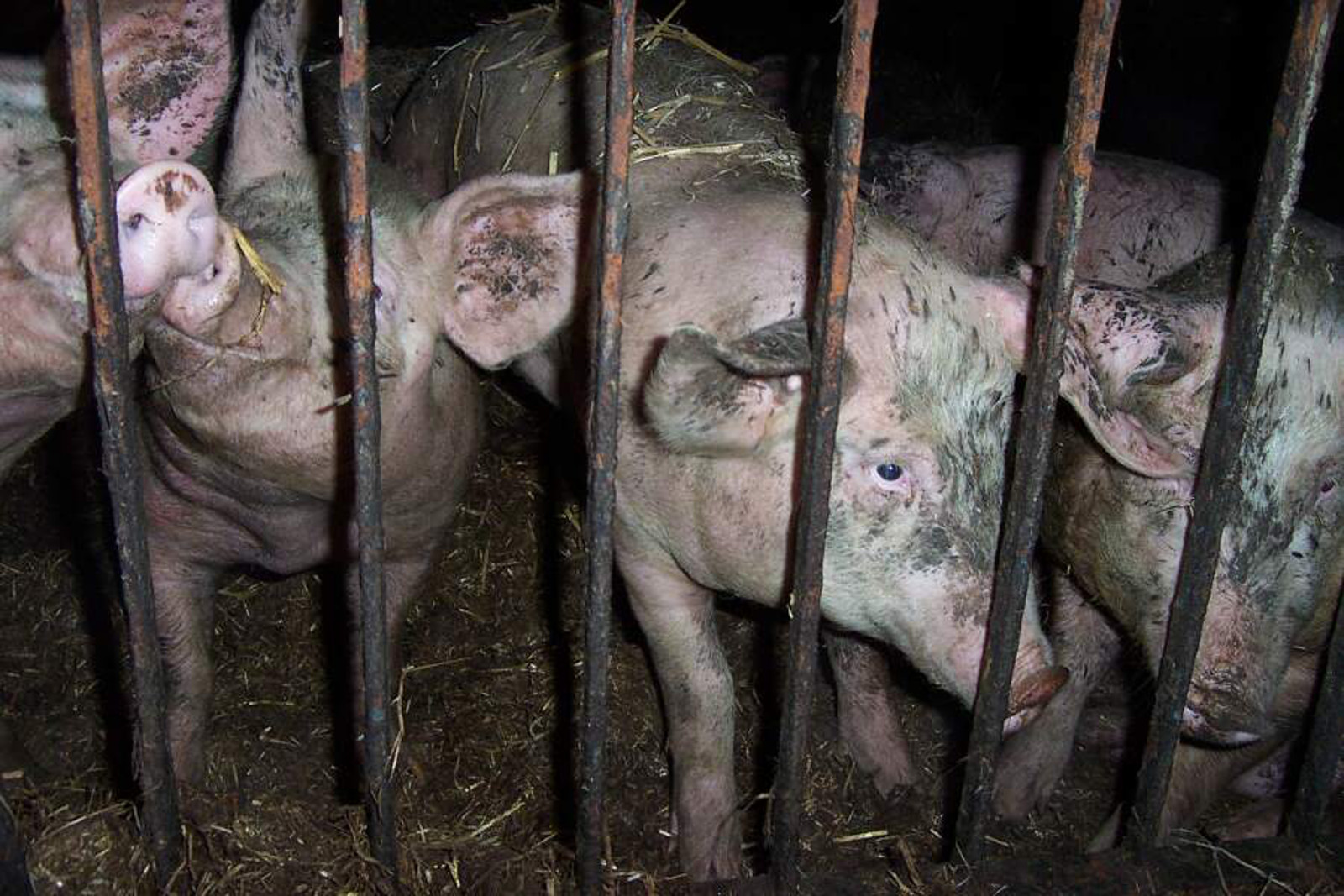 If you were to walk into a crowded room, pretty much anywhere in America and ask how many people here eat meat, chances are you would find that the majority of the people present do. Of the meat-eaters, if you asked if they wanted to purchase meat from an industrial facility where most of the animals go to slaughter with disease, live in virtual piles of filth, are tortured, mutilated, and are denied their basic natural instincts, they would hopefully say, “no.”

And yet, what most consumers don’t know is that in the United States, 99.9 percent of chickens used for meat, 99 percent of turkeys, 95 percent of pigs, and 78 percent of cattle come from factory farms that fit the description above. However, this is not the information consumers receive when they see ads for their favorite meat products, or when they pick up a package of meat in the grocery store. The label never reads “factory farmed” beef or chicken, but is often emblazoned with claims that make you think the farm on which this animal was raised is “different” and “better” in some way.

It is no secret that farms are no longer the idyllic places where animals are allowed to roam and graze, but industrial facilities where thousands on animals are packed into tiny spaces to maximize yields…but of course, meat companies want us to believe the idyllic farm still exists. And, further, that people who purchase their meat are not supporting these “cruel, unsanitary facilities.”

One of the most effective ways that Big-Ag maintains the nebulous image that their products come from wholesome, trustworthy farms is by making sure that consumers never see what actually goes on inside. To do this, many states have seen the rise of “ag-gag” laws, laws that effectively prosecute anyone who makes the public aware of the deplorable conditions animals on factory farms live in. Why go to such extreme measures to hide their practices? Simply because they have seen the result. As undercover footage of factory farms surface, consumers immediately rethink their choices and stop patronizing brands guilty of abuse.

Mostly, consumers are made aware of the conditions in factory farms predominantly thanks to undercover investigations and whistleblowers. Sometimes workers on factory farms film or photograph cruel actions such as beating and throwing animals, but sometimes there is a more concerted effort carried out by animal rights organizations. Mercy for Animals is among these organizations working to show the world what they are really paying for when they buy animals products.

The animal agriculture industry likes to have the public assume that animal rights legislation protects farm animals from the sort of abuse that has been documented in Mercy for Animal‘s undercover investigations, however, due to the fact that these farm animals are legally considered “commodities” traded for profit, many standard animal cruelty laws do not apply to them.

But this does not mean that all hope is lost. Big-Ag is fitting to silence whistleblowers, but it is becoming more clear than ever that this is a losing battle, as whether they like it or not, these investigations are changing the animal agriculture industry for the better.

The Power of Perception

When the consumer dollars run out, Big-Ag has no other choice but to change if they wish to survive in the industry. This can be seen in the wake of MFA’s investigations at two of California’s largest egg facilities, Gemperle Enterprises and Norco Ranch. After exposing the disgusting conditions in which hens were forced to live, the investigations were credited with helping to pass Prop2, legislation that banned the use of battery cages, changing industry standards for the better for all laying hens.

And the success doesn’t end there.

As the industry begins to transform in response to investigations, the effect is being felt across more than just single entities. Following an investigation into the cruel practices of Willet Dairy, the farm was dropped as a supplier from Leprino foods, the company that provides cheese for Papa Johns, Dominoes, and Pizza Hut.

These investigations are also causing the people involved in factory farm cruelty to be held accountable for their actions. The first ever felony conviction for cruelty to animals, specific to poultry, occurred directly as the result of an MFA investigation into a Butterball turkey facility.

Not only are consumers unwilling to accept undue cruelty and abuse, but the gaping holes in legislation to prevent cruelty to “commodity” animals are beginning to narrow. When factory farms are revealed as the terrible, abusive, and unsanitary establishments that they truly are, our society demands change. While there is still a long way to go in terms of how animals on factory farms are treated, there is no questioning the fact that when the public is educated and given a choice, they will choose better.

Better Choices are Only Possible With Transparency

It is for this exact reason that “ag-gag” laws are a fundamental threat to the public as they limit, or block completely, the information given to consumers about the products they purchase. Ignorance is not bliss in this case. Ignorance of the deplorable conditions animals on factory farms are forced to endure makes the consumer complicit in the terrible crimes carried out against living, breathing beings.

It is a proven fact that consumers reward companies for making better decisions, so why would we opt to shut the doors even tighter rather than to respond in a positive manner? It really makes you wonder in whose interest the brands you “trust” are concerned.