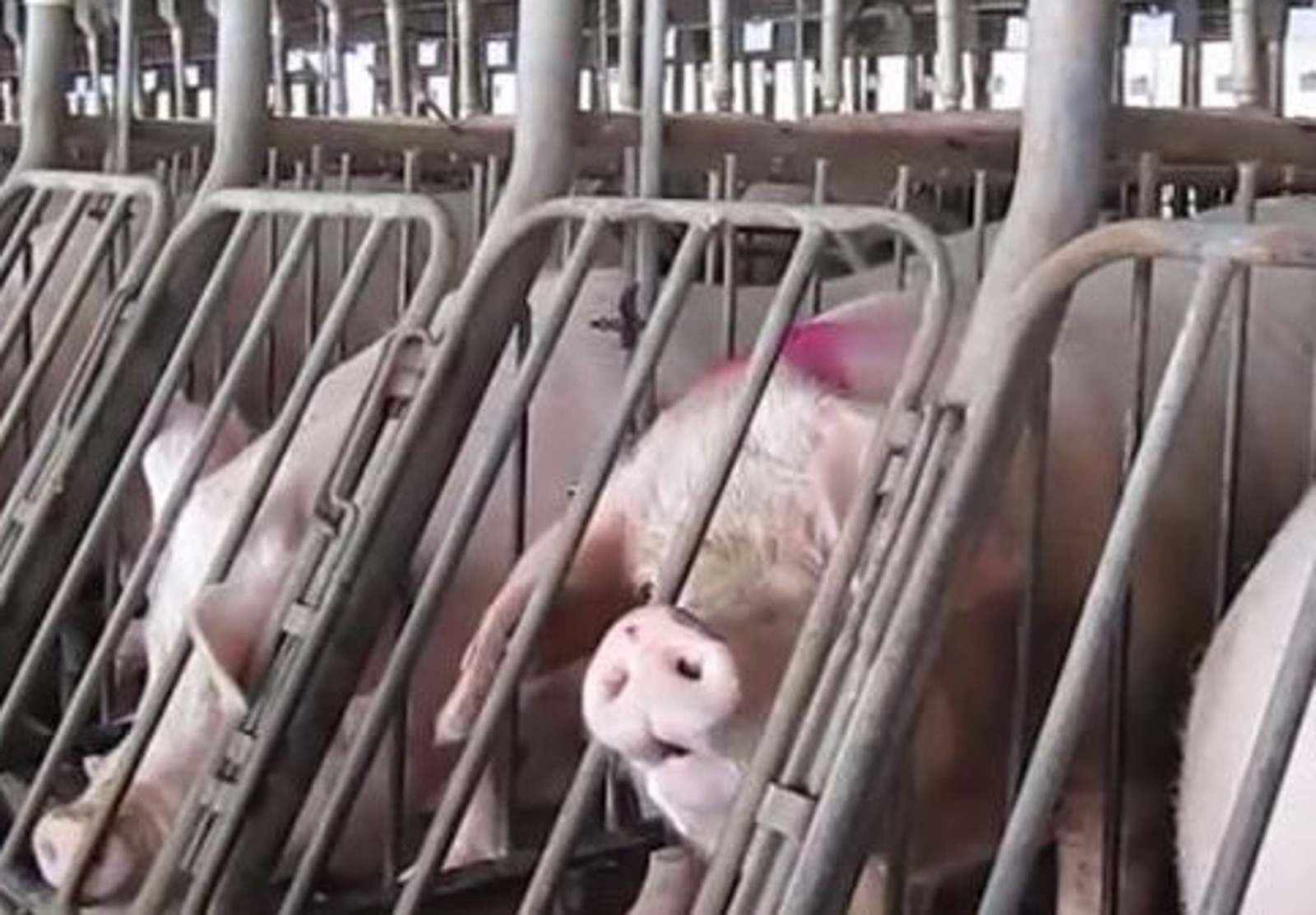 It was in 2007 – a year after Arizona voters approved Prop 204 (banning veal and gestation crates) and a year before Prop 2 in California (banning extreme confinement of calves, sows and laying hens) – when my colleague Paul Shapiro had his first meeting with representatives from Cargill. Cargill is one of the world’s biggest agribusiness firms and the country’s largest private corporation, and Paul was there to urge it to end its reliance on gestation crates in its pig production facilities.  Two years later, Cargill invited me to its Minneapolis headquarters and assembled its entire global animal agriculture team to discuss animal welfare. It was the sort of constructive discussion with agribusiness companies that had been lacking in years prior.

More than 60 major global food retailers, including McDonald’s and Burger King, have pledged to eliminate purchases of pork from producers who rely on gestation crates.

Yesterday, the long process of dialogue, which allowed our ideas to settle in and ultimately to seem eminently practical, produced a tremendous animal welfare outcome. Cargill announced, in a story in the Minneapolis Star Tribune, that it would commit to converting its sow operations to group housing for its company-owned farms by 2015 and for its contract operations by 2017.  This is the fourth major announcement from the biggest names in pig production in the United States, with Smithfield Foods, Hormel and Tyson Foods recently announcing that they would take more decisive steps away from gestation crates. Major Canadian producers like Olymel and Maple Leaf have made similar announcements too.

These producer announcements come after a cascade of similar announcements from more than 60 major global food retailers – McDonald’s, Burger King, Kraft Foods, Kroger, Costco, Cracker Barrel, and others  – that they will eliminate their purchases of pork from producers who rely on these crates.

With nine U.S. states, and governments and industry groups in Australia, Canada, South Africa, and India recently committing to move away from gestation crates – and with the European Union already implementing the ban on continual confinement in gestation crates  and working to assure compliance among all 28 nations – we have a multinational rejection of this intensive, inhumane and extreme form of confinement of pigs. These advancements, and now Cargill’s announcement, make it clearer than ever that gestation crates will be relegated to the dustbin of agricultural history – where they belong.

The HSUS and our Humane Society International arm have led the fight against gestation crates in North America and throughout the world, and we are excited to be involved in yet another major announcement of progress on this front.  We still have work to do, but the trajectory of this debate is clear, and it’s obvious that the forces aligned against us have failed to succeed with their campaign to preserve the status quo.

We know there’s still a long way to go, but we should take a moment to welcome Cargill’s progress, and to celebrate another mile marker in our marathon run against gestation crates.  The finish line is starting to come in focus.