Factory farming is one of the most deplorable inventions by humankind. Before the industrialization of agriculture (a modern marvel for which we can thank Earl Buttz) husbandry was a respectable profession that did not involve thousands of tons of synthetic chemicals, antibiotics, or growth hormones. What this form of agriculture has evolved into would be virtually unrecognizable to the farmers of a time long past.

Today, being a farmer does not mean carefully tending to a diverse mix of animals and crops or require any special knowledge of natural cycles. Today, a factory farmer can only be described as a glorified prison guard.

Animals that are raised on factory farms seldom have the chance to fully extend their limbs during their shockingly truncated lifetimes. In the name of “efficiency,” factory farming has devised new, increasingly torturous methods of producing and slaughtering animals by the billions. Animals on factory farms are considered commodities and are not treated with the respect owed to living, breathing creatures. To meet the meat industries high demands, animals are crammed into high-volume “production facilities,” where they live in cages that might be better described as torture devices.

Below you will see a number of cages that is used by Big-Ag to raise animals by the thousands. While some of these images may seem unbelievable and hard to look at, it is important that the public is made aware of the horrible conditions animals are forced to endure in the name of meat. I also want to remind you that the animals that reside in these enclosures are not unfeeling, stuffed toys, they are real, highly sensitive creatures that are capable of understanding their suffering as readily as you and I. 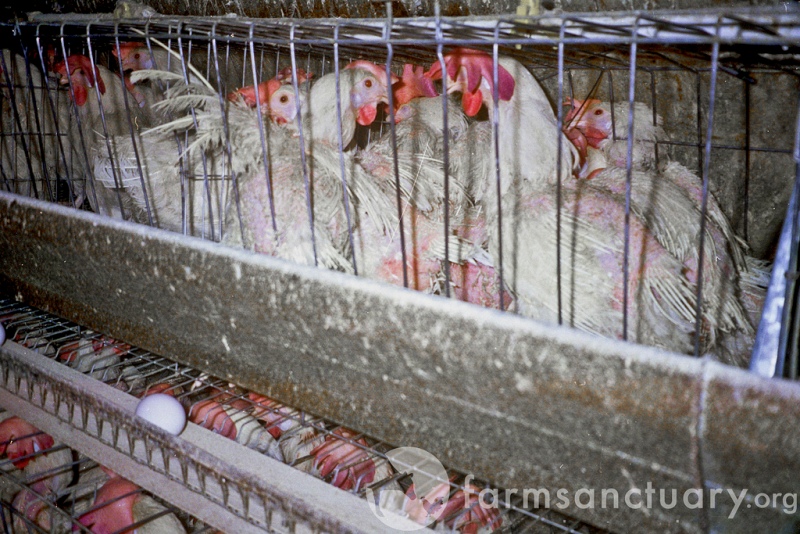 According to insight from Farm Sanctuary, 95 percent of the 280 million egg-laying hens raised on factory farms spend their lives in battery cages. These cages hold between five and 10 hens. Each hen is allotted less floor space than the size of a standard sheet of letter paper and enclosed in thick wire bars. This tight enclosure causes extreme distress to birds that are forced to constantly rub against one another and wire grates, causing feather loss, bruising and abrasions. These birds only leave these enclosure to go to slaughter. 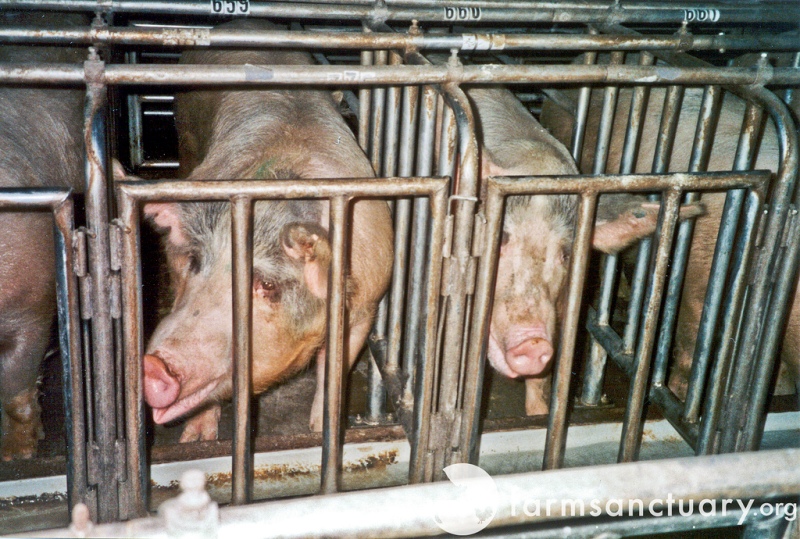 Gestation crates are utilized in the pork industry. Breeding sows are kept in these crates that are scarcely larger than the size of the pig, making it impossible for the animals to turn around for their entire lives. Gestation crates are made of metal slats that allow manure to fall onto the ground under the pigs. Forcing animals to live over their waste causes them to be exposed to high levels of ammonia, as the result about 80 percent of pigs have pneumonia when sent to slaughter. 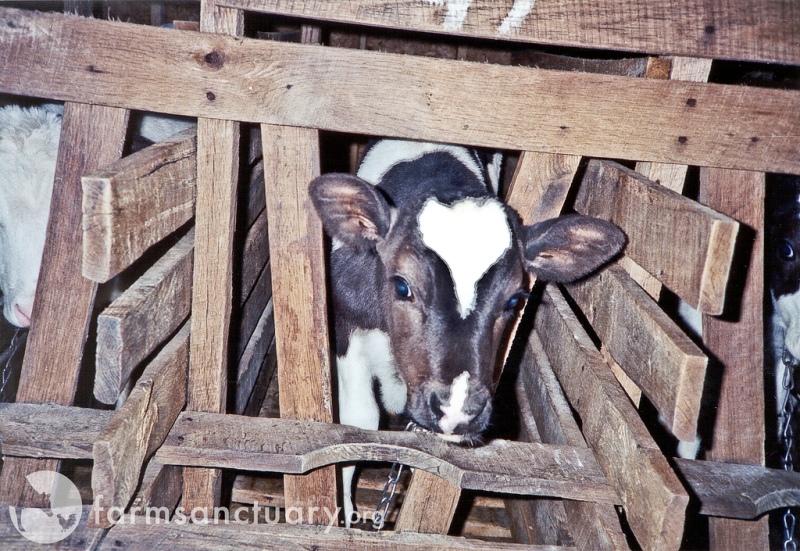 Veal calfs only live for a brief 16-weeks before being brought to slaughter. During those 16-weeks the baby cows are confined to individual crates that are so narrow the animals cannot turn or walk. They are also tethered by the neck making any sort of movement virtually impossible.

With the rise of “ag-gag” legislation across the country, it is becoming more and more clear that the agricultural industry does not want the public to see how they raise animals because, shockingly, it could be bad for business. If we wish to see any sort of change in the treatment of farm animals than it is essential that these images are made public and we tell the world’s meat producers that we will not support an industry driven by torture. The best way to start is by giving up animal products all together! There is incredibly power in numbers, so start making a conscious change!