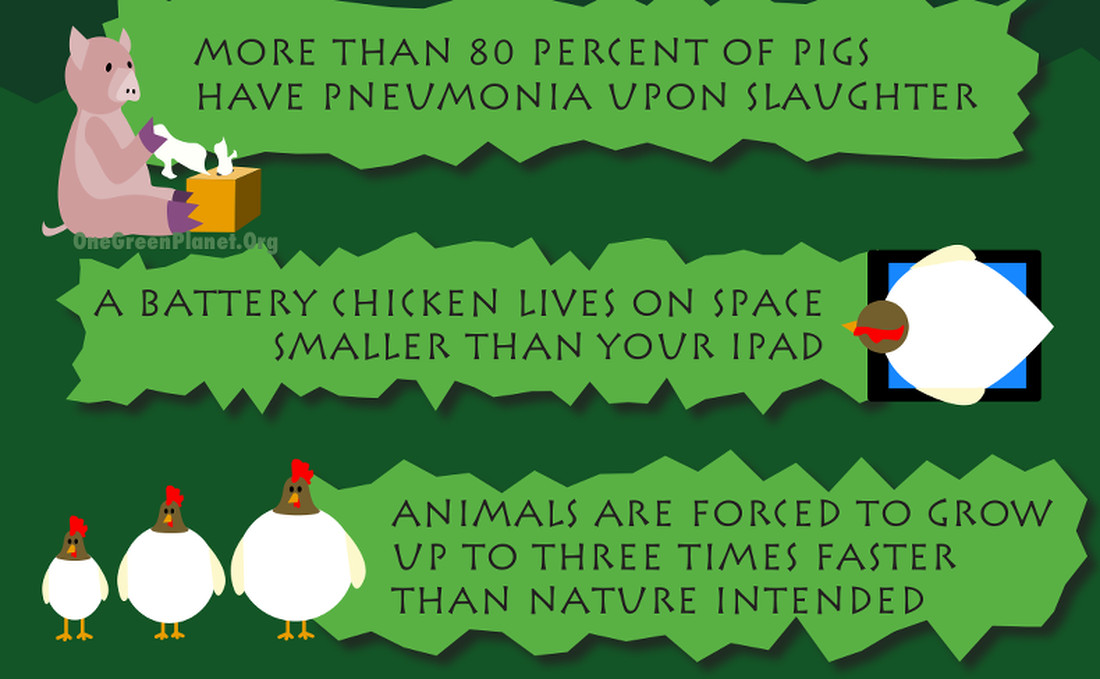 The rise of factory farms has meant that billions of animals have had to endure a life which can only be described as cruel and barbaric. A life without ever feeling the sun on their back, fresh air in their lungs, and without the freedom to fully extend their limbs, flap their wings, or exhibit their natural behaviors.

Here are 10 shocking facts about the lives of factory farmed animals: