10 Things to Love About Chickens 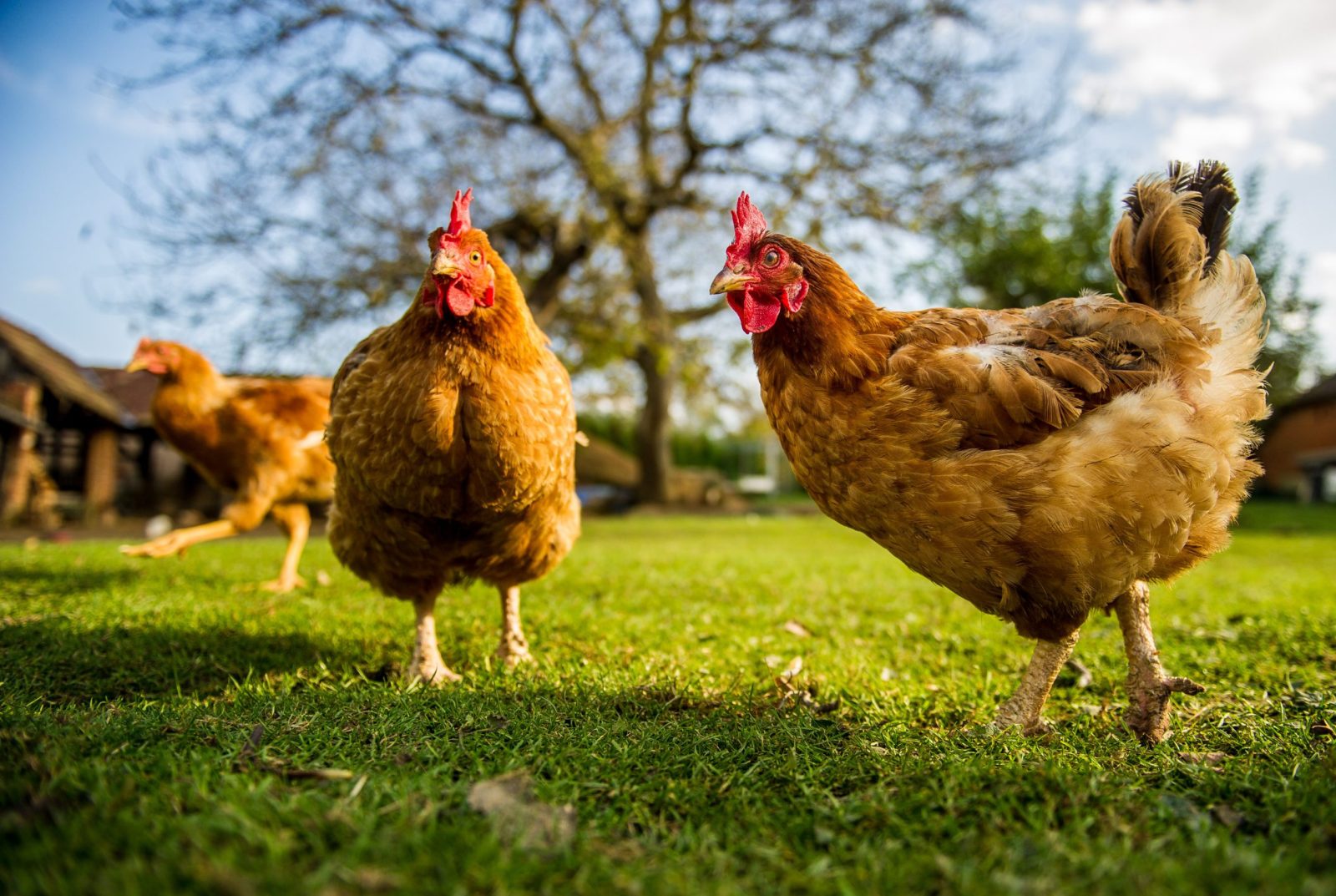 “One day you’re going to sprout feathers!” That’s what my father used to say to me because my favorite food was chicken. I never gave much thought to the actual animals. When I had to pass a live chicken market on my way to work, I crossed the street so I wouldn’t have to see tons of chickens stuffed into stacks of small crates that were not large enough for them to move in, waiting to be killed. I was ashamed of my hypocrisy, knowing that my “feeling bad” would not stop me from eating chicken.

Years later, when I was a new vegan, I visited a farm animal sanctuary where I got to hold a live chicken for the first time. The caretaker handed me the chicken, but I didn’t hold her legs correctly. Her sharp claws ripped my arm open as she tried to get out of my arms. As the caretaker tried to clean my bleeding wound, I thought, “This is the least that I deserve for all the pain I have brought upon her kind.” I used to think I couldn’t live without chickens, but I learned that it is the chickens who couldn’t live with me eating them.

Chickens, who are descended from dinosaurs, are amazing, intelligent, and affectionate animals. Here are just ten amazing things you might not have known about these adorable birds.

Studies have shown that chickens are intelligent animals. They can solve complex problems, understand cause and effect, and anticipate and plan for the future. Young chicks even show object permanence. When an object is taken away and hidden from their view, chicks still know that the object exists. In humans, object permanence doesn’t start to develop until a baby is about six months old, but chicks show this ability as early as two days old. They say you “shouldn’t count your chickens before they hatch,” but I bet chickens can do that and more.

2. Head of the Class

Chickens make good teachers. Mother hens begin to teach calls to their babies while they are still in their eggs. Later they teach their chicks what is safe to eat and how to avoid grains that can harm them. Chickens also have a social hierarchy, with dominant chickens ruling over the others. This is where the term “pecking order” comes from. The subordinate chickens will imitate the behavior of the dominant hen. It sounds just like high school.

We, humans, have three cones in our retinas to let us differentiate between red, green, and blue colors. Chickens have that and more – they can also differentiate violet and ultraviolet light. Because they are so sensitive to infrared light, chickens can see sunlight up to an hour before humans do. Roosters crow early in the morning to let us know it’s morning, time to get up!

Chickens experience REM sleep which means they can dream. What do you think they dream about? I bet they dream of living long, happy lives with their families, safe from harm. Or maybe they dream about dates with hunky roosters (see next reason).

Roosters do a little attention-getting dance for the ladies called “tidbitting” where they make calls and move their heads up and down while picking up and dropping a bit of food. Studies have found that females not only prefer the guys who do this dance often, but they are more attracted to the roosters with the larger, brighter combs on their heads and the larger wattles. Wattles are those dangly pieces under the roosters’ beaks that seem to get the hens’ attention. Enough said.

Chickens are more athletic than you might think. They can run up to 9 miles per hour. Chickens can also fly but not for long. They can make it over a fence or into a tree. The longest recorded distance flown by a chicken is said to be a little over 300 feet. I wonder if she got a gold medal for that.

Chickens have a complex communication system. It is believed that chickens have many unique vocalizations, with about 30 calls and alarms already cataloged by researchers. Each call has a different meaning – calling the youngsters, alarm calls, where to find food. They even have a different call to warn about predators coming from the ground than those coming from the sky. If you hang out with chickens long enough, you can start to pick up their language and learn the difference between “cluck” and “cluuuck.”

Chickens have great memories and facial recognition skills. They can recognize and distinguish more than 100 faces, animals, and humans. That means that the chicken at the sanctuary will remember me. I hope she’s forgiven me by now.

Nothing is more relaxing than a long bath. Chickens agree though they aren’t sitting in a tub of wet bubbles. Chickens love to dig shallow pits in the dirt, flap around and roll in the dust. If you’ve ever seen a bird taking a dust bath, you know how cute it is, but it’s also functional. Dust baths help chickens insulate their feathers and keep bugs and parasites away. Taking a dust bath can’t seem that strange when humans take mud baths, can it?

There is a reason we have the term “mother hen.” Chickens are good mothers long before their eggs hatch. They talk and purr to their eggs, and their chicks peep back at them from inside the eggs. Hens are loving and affectionate toward their chicks and show empathy for them and other hens. Mama hens also defend their babies from predators. It’s no wonder that in Ancient Rome, the saying “you were raised by a hen” was a huge compliment.

More chickens are raised and killed for food than all other land animals combined. In the United States alone, more than 8 billion chickens are killed each year. That’s almost 300 chickens killed each second. Chickens bred for meat are usually killed when they are less than two months old, while egg-laying hens are slaughtered when they no longer lay enough eggs, at around 1-2 years old. The natural life span of a chicken can be up to 10 years.

Perhaps if more people knew all these amazing things about chickens, they would see them as more than just dinner. Please share these reasons to love chickens with others and help everyone see chickens as smart, affectionate, and feeling individuals who deserve to live in peace.