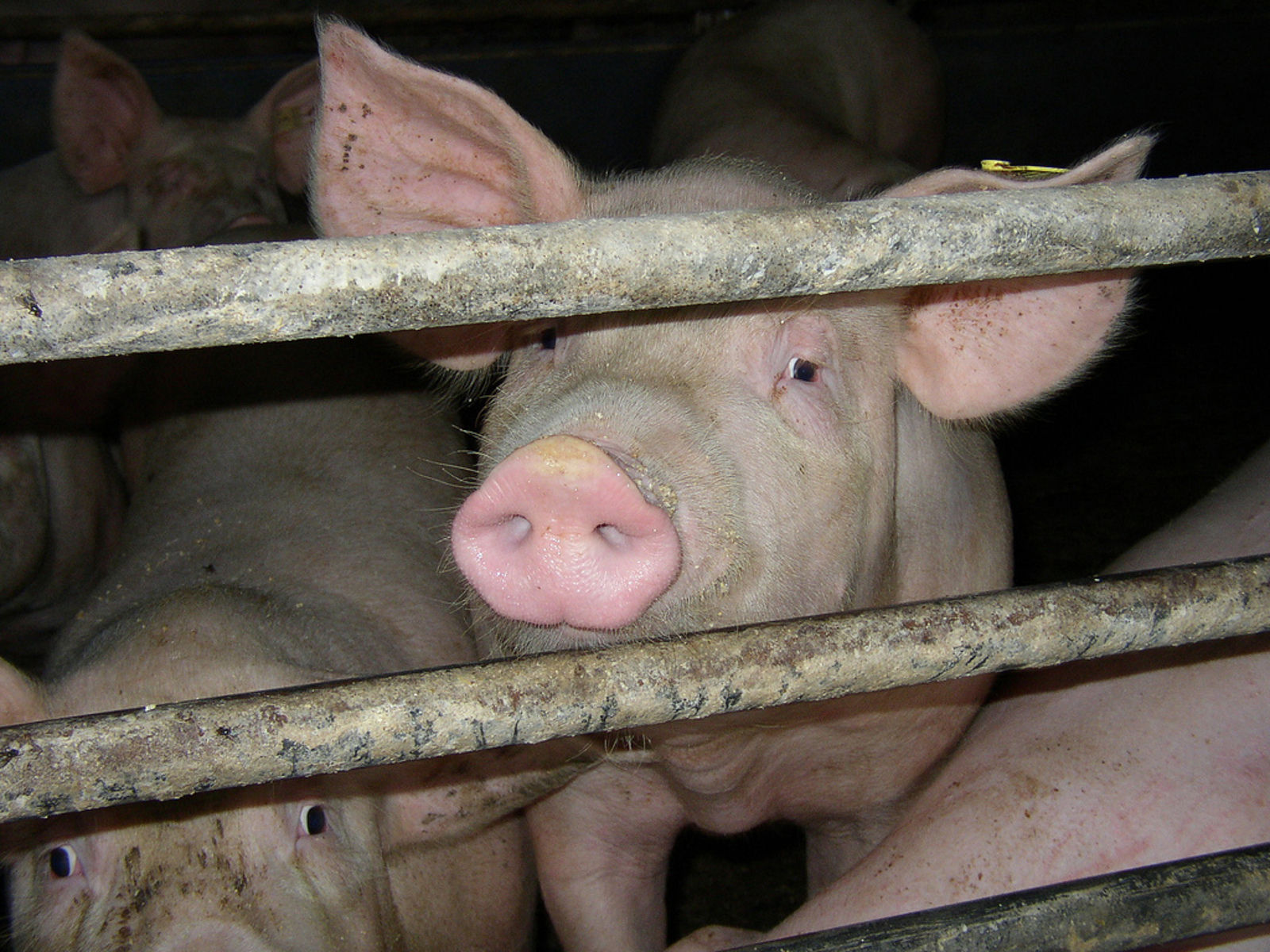 There are more than 58 billion farm animals killed each year in the U.S. alone, and 99 percent of these animals live out their lives in the atrocious confinement of factory farms. Ethical treatment of animals has long been forgotten about by an industry which profits from using the bodies of these beautiful and intelligent creatures. When an animal no longer has the freedom to explore the world on its own terms and is instead seen as a unit of production, its welfare is never the number one priority.

While the world is a very bleak place for the animals trapped in the agriculture system, there is hope for the future as there are a growing number of individuals and organizations fighting for their rights. Here are six organizations who are working tirelessly to raise awareness of the issues, improve conditions for the animals currently being exploited, and put an end to this injustice once and for all:

One of the leading organizations dedicated to exposing the treatment of farm animals, Mercy For Animals has been involved in some of the most important undercover investigations of recent years. As well as undercover industry investigations, they’re active promoters of a compassionate vegan lifestyle through national outreach and education programs.

2. The Humane Society of the United States (HSUS)

The HSUS is the world’s largest animal rights non-profit organization. They fight to bring about legislative change for animals, and expose those who break animal welfare laws, as well as campaigning to raise public awareness of the issues. Meatless Monday, a campaign the HSUS is a part of, is a global initiative which has helped to raise consciousness of animal abuse in society and reduce meat consumption at the same time.

Campaigning against cruelty to chickens and other domestic fowl, United Poultry Concerns (UPC) operates a poultry paradise in Virgina and teaches the public about the truth behind the egg and chicken meat industry. They are passionate about promoting cruelty-free alternatives and raising awareness of the pleasures and benefits of human-chicken companionship. UPC is leading the way when it comes to replacing school hatching programs and putting a stop to the cruel practice of forced molting.

FARM is an international public education and outreach organization working to promote veganism and animal rights through an abolitionist ideology on the exploitation of animals. With more than 10 programs currently running, they are actively involved in campaigning for an end to animal use in food.

Vegan Outreach has proven the immense power leafleting can have with their work over the last decade, printing out 10 million leaflets for activists to hand out to passersby. The grassroots activism approach they’ve taken has directly changed the lives of thousands of people, and countless more animals. Also giving advice and guidance for best activism practices, this organization has enabled many people to take action for animals in their local area.

As well as being one of the first, and now largest farm animal sanctuary organizations in the world, Farm Sanctuary is a key player in the fight to protect farm animals. Grassroots advocacy, volunteer placements, outreach programs, animal rescues, informational resources, and farm animal adoption programs are all part of their fantastic contribution to making the world a better place for farm animals.

Compassion Over Killing has been one of the leading organizations in the fight against factory farms since their formation in 1995. With a strong emphasis on raising awareness of the atrocities which occur in factory farms, and getting people to make a pledge to move away from factory farmed meat, and reducing their overall meat consumption altogether, they have changed many lives and helped to alter the meat eating habits of many.