10 Alarming Facts About the Lives of Factory Farmed Animals 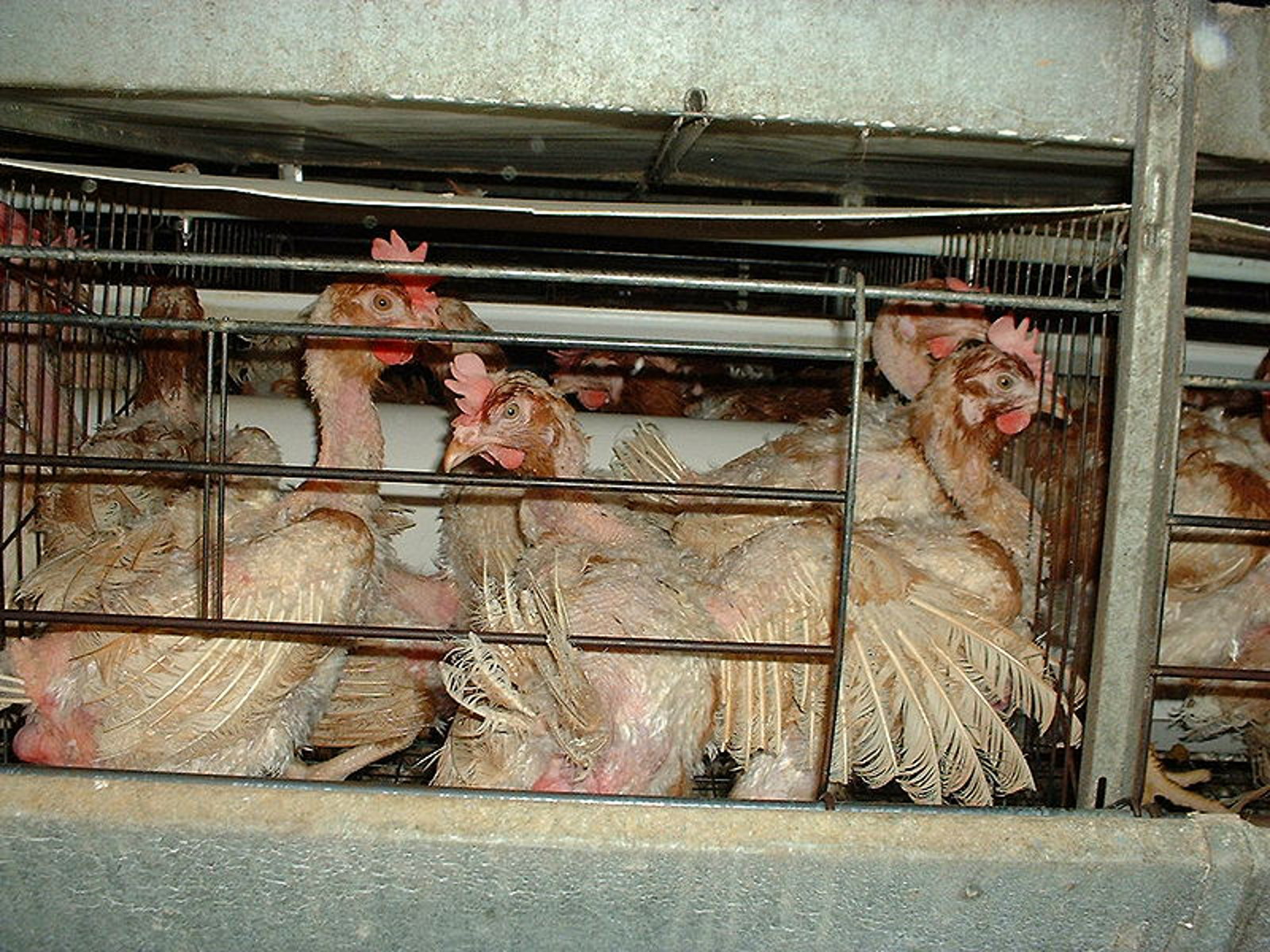 The rise of the factory farm has meant that billions of animals have had to endure a life that can only be described as cruel and barbaric. A life without ever feeling the sun on their back, fresh air in their lungs, and without the freedom to fully extend their limbs, flap their wings, or exhibit their natural behaviors.

A deeper look into the lives of factory-farmed animals reveals that we have created a huge prison system for animals where they are no longer considered sentient beings, capable of feelings, thoughts, and pain, but instead are treated as products on an assembly line from the moment they are born to the moment they are murdered.

Here are 10 alarming facts about the lives of factory-farmed animals:

1. More than 80 percent of pigs have pneumonia upon slaughter

The cramped dirty conditions that pigs are forced to live in on factory farms cause numerous serious health problems which are never treated. Dangerous gases from manure, including high levels of ammonia, cause pneumonia in over 80 percent of the factory-farmed pigs entering U.S. slaughterhouses.

2. A battery chicken lives on space smaller than your iPad

Each chicken in a battery farm has to spend its entire life in a cage that has a floor space smaller than an iPad, no room to turn around, and certainly not enough space to stretch its wings. They also have to spend their entire lives standing on metal mesh flooring, which causes pain, discomfort, and injury to the feet and legs.

3. Animals are forced to grow up to three times faster than nature intended

Due to selective breeding and the use of weight-gaining drugs in feed, animals are forced to grow at an alarming rate. Chickens reach the weight desired for slaughter after just 35 days on a factory farm today, when this should normally take 90 days. They are also reaching that weight on less food, as in the 1950s it took three pounds of feed to produce a pound of meat, now it’s just 1.7 pounds of feed. The same is true in the pork industry, as pigs are usually killed at just six months of age.

The natural lifespan of a cow is between 20 to 25 years. However, in factory farms, dairy cows are often considered to be “spent” by the time they have gone through just three lactation cycles. They are aggressively bred, fed, and drugged to produce as much milk as possible in the shortest amount of time, and this has a detrimental effect on their overall health and long-term milk production. In the modern farming world, it’s more cost-effective to send them to the slaughter at this early stage of life and have them replaced before their milk production decreases.

In many egg production farms, the practice of forced molting is used to trick the hens into higher levels of egg production. When their natural laying cycle ends, they are forced into another cycle by being placed into darkness for up to eight days and denied water and food. A huge number of hens die in the process, but is still considered to be “good practice” as it increases overall egg production on the farms.

Piglets are mutilated within the first two weeks of life by having their teeth clipped, tails cut off, and testicles removed. This is done without anesthetic and is incredibly painful for the animals. It is done to prevent the pigs from damaging themselves and each other when they become agitated and distressed due to their cramped living conditions. Chickens have their beaks clipped for the same reason.

The obsession with creating as much meat as possible in the shortest space of time, with the least outlay on food costs, means that as many as 90 percent of broiler chickens are unable to walk properly at all. The bones and muscles in their legs are unable to cope with the sheer weight of their bodies.

8. Mothers are separated from their babies at birth

In the dairy industry, calves are taken away from their mothers at birth and are sent off to veal farms where they will spend the rest of their short lives. The calves are not allowed to stay with their mothers as they would drink their mother’s milk, which is desired by the industry for human consumption instead. In the pork industry, piglets are weaned from their mothers after just two weeks so that the sow can be made pregnant again, as this increases the number of litters she can produce each year.

Factory farming is all about economics. The life, feelings, and desires of the individual animals bred into these awful places are never considered to be important. It is commonplace for very sick and injured animals to be left untreated in the hope that they will survive until they reach the slaughterhouse. Illness due to environmental conditions in the farms are so common that farmers simply feed antibiotics to all animals as a form of damage limitation, but veterinary fees to treat sick and injured individuals are not economically viable.

In the U.S., an incredible 99 percent of farmed animals are now bred in factory farms. This means that due to current accepted regulations on animal welfare in these farms, 99 percent of farmed animals in the U.S. will never get to exhibit their natural behaviors. Pigs love to bathe in the sun, snuffle in the mud, and create complex social relationships, yet in factory farms, they are confined to tiny concrete pens for their entire lives. Chickens love to flap their wings and clean themselves in a dust bath, yet they never leave a cage that is so small, they cannot even stand up straight or extend their wings, ever. Cows are very maternal creatures who enjoy grazing in fields, yet they are also confined to concrete pens where all they can do is sit or stand.