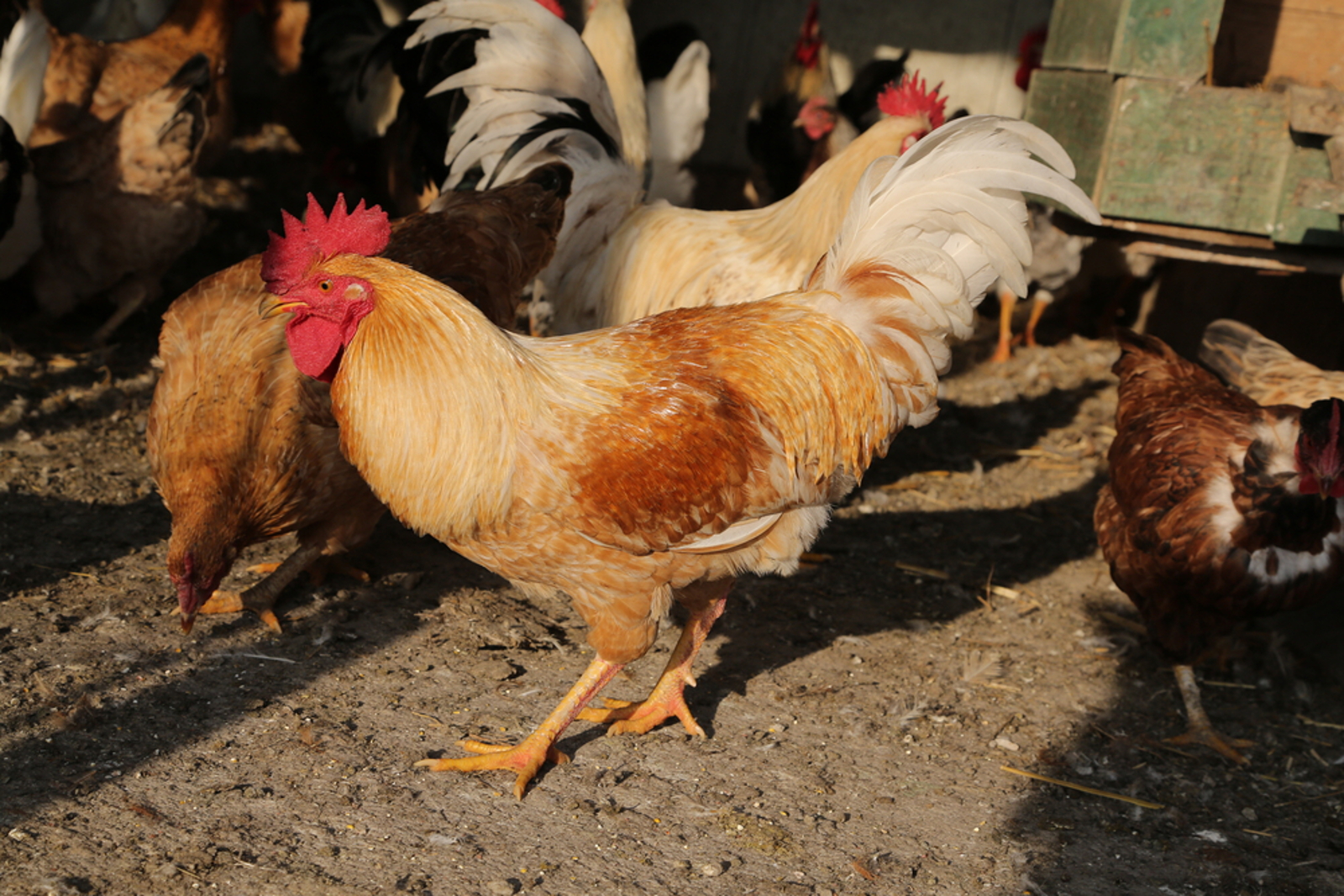 The American anthropologist and physician, Paul Farmer once said, “the idea that some lives matter less is the root of all that is wrong with the world.” This especially holds true for animals born into a life of misery and confinement on factory farms. When you consider how companion animals are treated compared to those raised for meat, eggs, and dairy the difference is shocking. Farm animals have as much right to be on this planet as we do – a right to live in peace free from suffering.

Take for instance chickens used for meat and eggs. It is estimated that in the United States alone nine billion are slaughtered for meat and 305 million hens are used in egg production. These birds will spend their lives living in deplorable conditions, cramped in tight spaces, denied basic freedoms and the ability to exhibit natural instincts. Male chicks born into the egg industry are violently killed simply because they are deemed useless and unprofitable. Sadly roosters’ lives are often regarded as insignificant and worthless. Browse any livestock classifieds and you will come across countless ads giving away unwanted roosters. What is life like for roosters in factory farming? How can you help?

Life for Roosters in Factory Farming

In the egg industry, male chicks hatched from egg-laying hens are immediately handed a death sentence. Since they are unable to lay eggs and are not the right breed to be used as meat birds, they are brutally slaughtered. Nearly 200 millions male chicks are either ground-up alive, suffocated in bags, or gassed to death. Many investigations have shown evidence of the abuse they suffer, including being thrown and mutilated. They are denied the chance at a normal life. They will never be able to enjoy a dust bath, feel the sun on their feathers, or roam free through the grass. Instead, their grief-filled lives are short, meeting a violent end. Essentially they are treated like common household trash.

Change is in the air, though. New technology is currently being developed that will allow the identification of male chicks before they hatch, essentially removing the need to cull them. In the United States, the largest egg-producing companies have agreed to cease the mass killing of male chicks by 2020. Time will tell if this will truly be an improvement for animal welfare.

Roosters not only suffer in factory farming; they are often used for other purposes such as entertainment. Those used in the illegal bloody sport of cockfighting suffer terribly. The Humane Society of the United States (HSUS) has been successful in shutting down many cockfighting rings, however, there are still many more operating under the radar.

The lives of roosters are marred with mistreatment; misunderstanding, and indifference. This brings me to the story of Jack and Louise, two roosters with very different stories but both finding sanctuary.

Imagine reading a news article about a cat or dog that has been thoughtlessly thrown from a moving car. Your immediate response is one of anger and disgust. Those responsible must be punished. Now consider a case where a rooster was tossed from the vehicle. Would you exhibit the same outrage? This is exactly what happened to a young rooster named Jack.

In January of this year, the SPCA of Montreal contacted me about an intake they had just received, a rooster who had been violently thrown out of a moving car. Kind witnesses rescued him and brought him to the SPCA. His injuries were so severe that he needed to undergo immediate surgery to repair the damage. Thankfully he pulled through and has since made a full recovery. Jack now lives at Penny Lane Farm Sanctuary where he is free to enjoy his life – free to just be a rooster. He is full of personality and character, making all who interact with him smile. The individuals responsible for his attempted death got away scot-free. There is nothing preventing them from doing the same thing to another innocent creature.

In contrast, Louise the rooster was born into the egg industry. Having been misidentified as a female, he was shipped to a farm to be raised as a laying hen. Louise had severe leg deformities that rendered him useless to the industry. He was destined to be killed by the farmer. Thankfully, he was rescued along with his brother and brought to the Semiahmoo Animal League Inc. (SALI) farm in South Surrey, British Columbia, Canada. It was soon discovered that Louise was, in fact, a rooster, however, SALI decided to keep his name. Unable to correct his deformity, Louise now has a custom-made wheelchair to help him move around the sanctuary. He is an ambassador of kindness and love for at-risk youth. His gentle nature and personality help kids with issues accept themselves as they are. Louise leads a happy life deserving of all roosters.

Many people believe that there is very little cruelty in the egg industry, but that is not the case. If you disagree with the egg industry’s practices, the best thing you can do is stop paying for it. There are many substitutes you can use for eggs in baking and egg-free products as well.

If you witness any form of animal abuse, contact your local SPCA or authorities. Do not turn away. Support farm sanctuaries that are working to provide a peaceful life for farmed animals. We need to speak up for the ones that suffer in silence.