A Fox Is a Cow Is a Cat: Why We Treat Animals Differently (and How to Change Our Ways) 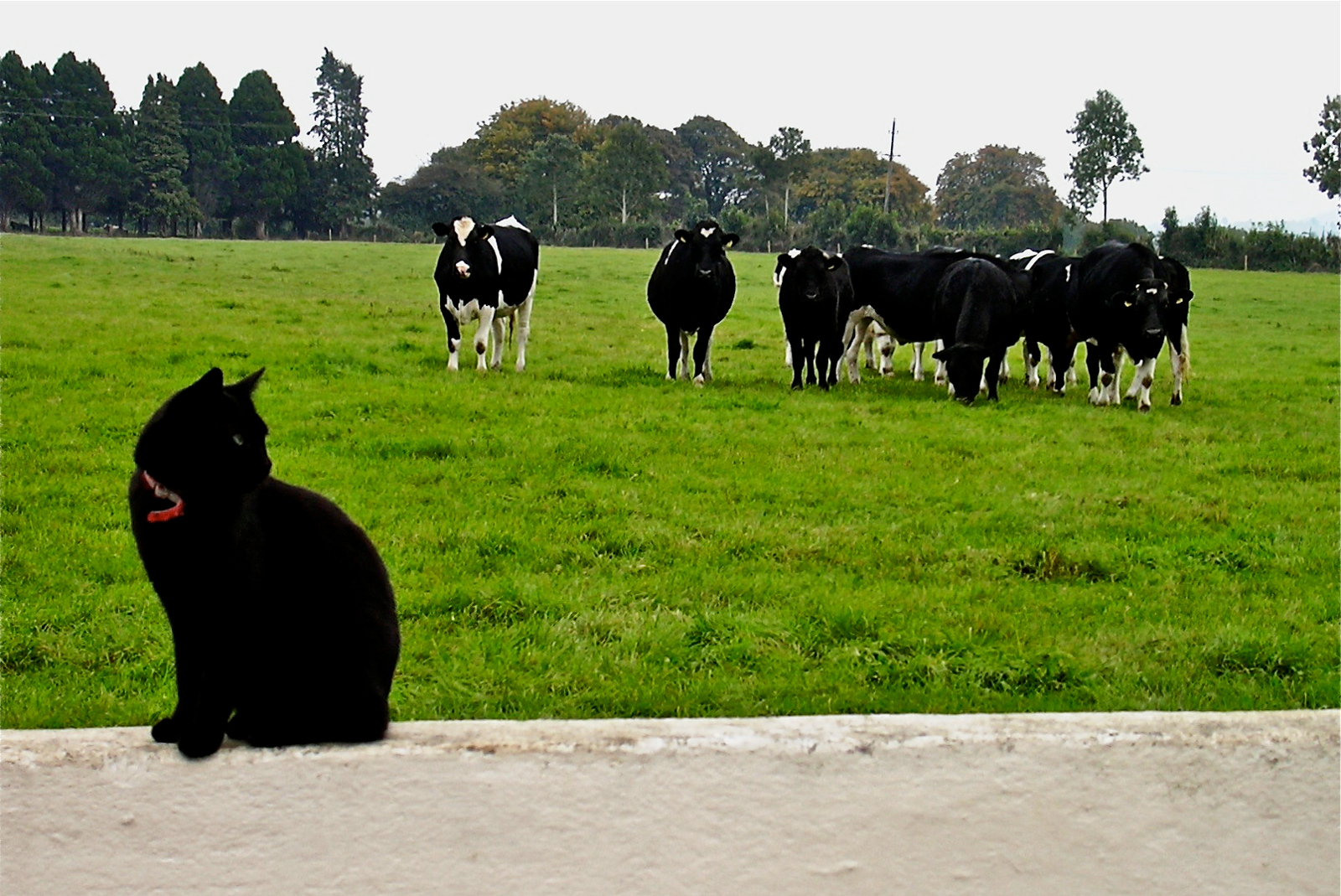 The fox sits on your shoulders: his fur is your brand new coat. The cow sits on your plate: her body is roasted and seasoned as your next meal. The cat, luckiest of all, sits on your lap: he is your cherished companion, the friend that you will love until the day he dies of old age. Sometimes you’ve just got to wonder: how did it get this way — that one sentient animal is deserving of your love and attention while another deserves no more than to satisfy your hunger for only a fraction of a fraction of your lifetime, or to have its fur or skin decorate your body.

We’d like to believe that these distinctions – why we love dogs, eat pigs, and wear cows, as social psychologist Melanie Joy would say – are justified by what makes these animals different. That somewhere, written into their biological code, their behavior, their bodies is the key to why it’s perfectly fine to treat animals differently in such shocking ways. And indeed we do come up with such reasons to justify our own behavior toward animals. But how well do these justifications stand up to scrutiny?

“Some animals are just naturally inclined to be pets, while others are not.”

We might claim that a dog is an animal companion because it has everything it needs to be “man’s best friend” — loyalty, compassion, energy, an overall bond with humankind. Yet there are breeds of dogs that some people have considered aggressive or violent and would never take one near a child or loved one, such as pit bulls. But even pit bulls, who were once considered nanny dogs, are sorely misunderstood  and the reasonable pet owner knows that it isn’t the breed which makes a dog aggressive; it’s the owner.

Rescued farm animals have been known to show the exact same overwhelming levels of affection and consideration towards humans. Check out these 12 heartwarming photos of farm animals giving their human companions lots of love!

“Some animals taste better than others.”

How do we know this is true? Have you tasted the flesh of every animal you’ve ever come into contact with before deciding which one you should let into your home as a guest and which you should let into your home as the main course? I sure haven’t. And certainly many people of different cultures will only have tasted the flesh of certain animals. It may be common for us Westerners to consume pork, but the same cannot be said of all other nations. Different cultures consume and use different animals, not because they have uniformly agreed that some are delicious while others are disgusting, but because of how cultural practices have shaped their lives.

Some people in Western culture will eat deer, some won’t. Some will eat veal, some won’t. Some presumably would even eat dog and rabbit, some don’t. Our individual taste preferences may be different, but there is no animal that universally tastes bad or good or better than another, as taste is a subjective experience.

When it comes down to the truth, we don’t eat pigs because they are the best tasting animal, but because we are conditioned to feel the least remorse about it. Some are conditioned to feel plenty of remorse after eating a pig, some feel the strongest remorse after eating a baby calf. The animals we typically raise for food are those which are docile, which would not harm us, such behaviour that we have taken to mean we can claim dominion over them and cause them pain. It is shocking to say that the animals we eat in the Western world are some of the gentlest creatures, and we eat them simply because we have been told to see them as food, not because we have often made the conscious decision to do so.

“Some animals are smarter than others.”

Your hamster opened up its cage all on their own – again! Your cat got into the bag of food that was tucked away in a drawer that even you find hard to open! Your dog knows when you’re about to go to bed without you even having to tell them. It’s no doubt that some days we look at our companion animals and think just how clever they are! And this must be what separates them from animals we do not cuddle — animals in circuses and zoos, whose skin is our boots and whose bodies lay in testing facilities for our cosmetics.

Except, once again, we only willingly believe that companion animals are smarter than the animals we exploit, and we believe this without sufficient reason. As this list of “7 Super Smart Animal Species” points out about pigs: “A famous computerized experiment in the 1990s showed that pigs were able to move the cursor of a computer, play video games, and differentiate between different drawings they had produced. Professor Donald Broom of Cambridge University Veterinary School says, ‘Pigs have the cognitive ability to be quite sophisticated. Even more so than dogs and certainly three-year-olds.’ A travesty, then, that most people regard these animals as nothing more than a food source.”

So too do elephants have complex rituals concerning their dead and are thought to have amazing memory capability, chimpanzees use tools and understand sign language, horses are thought to have excellent recognition skills, among other talents in the animal kingdom. If pigs are as smart as dogs and even smarter than some human infants, what is causing us to say that we love the clever animals while using the less intelligent ones? Furthermore, what does such an ethic say about our own society? Do we really think it’s right to remove someone’s freedom from harm or torture on the mere basis that they are less intelligent (by our own standards, no less) than we are?

Even birds, which we have mocked for their “bird brains” have been seen playing games and tricks, conversing in their own language, exhibiting love for their family members, and most importantly showing a deep concern for the continuation of their own existence.

“It’s how I’ve been raised to see them, there’s no changing it now!”

When all is said and done – when we understand that we do not use animals because they are not loyal, or because they taste better, or because they are less intelligent – we arrive at the conclusion that it’s just how we were raised to treat such animals. Some will arrive at such a conclusion and say there’s no changing our upbringing. How we are is how we are. But if a pig is more intelligent than that, a chicken is more compassionate than that, and an elephant has the memory to know better than that, so too should humans.

We are smart enough to know that no matter how hard it is to change our behaviour, it is definitely possible. No matter how cruel we have been in the past, our past cannot define us forever. No matter what atrocities humans are able to commit, we can also recall times when humans have stood up against atrocities and changed the very nature of our society. Every movement in the history of mankind has been one to challenge the status quo and to admit that if we had been wrong in our actions before, we have the power to change for the better.

Tradition is never an excuse for something you’ve acknowledged as problematic to continue. We do, in fact, have the power to change the future in our own way. Change may frighten some people and anger others, but we can teach the next generation of human beings to lead a more compassionate and courageous lifestyle, and to understand that our actions need not take the life of another being for entertainment, taste, fashion, or other purposes.

All animals – human, fox, cat, elephant, and more – have unique traits that shape who we are. But if we search hard enough, we find no specific trait in any animal that justifies the exploitation of their species. If anything, we find new ways to appreciate each species for what makes them special every day.