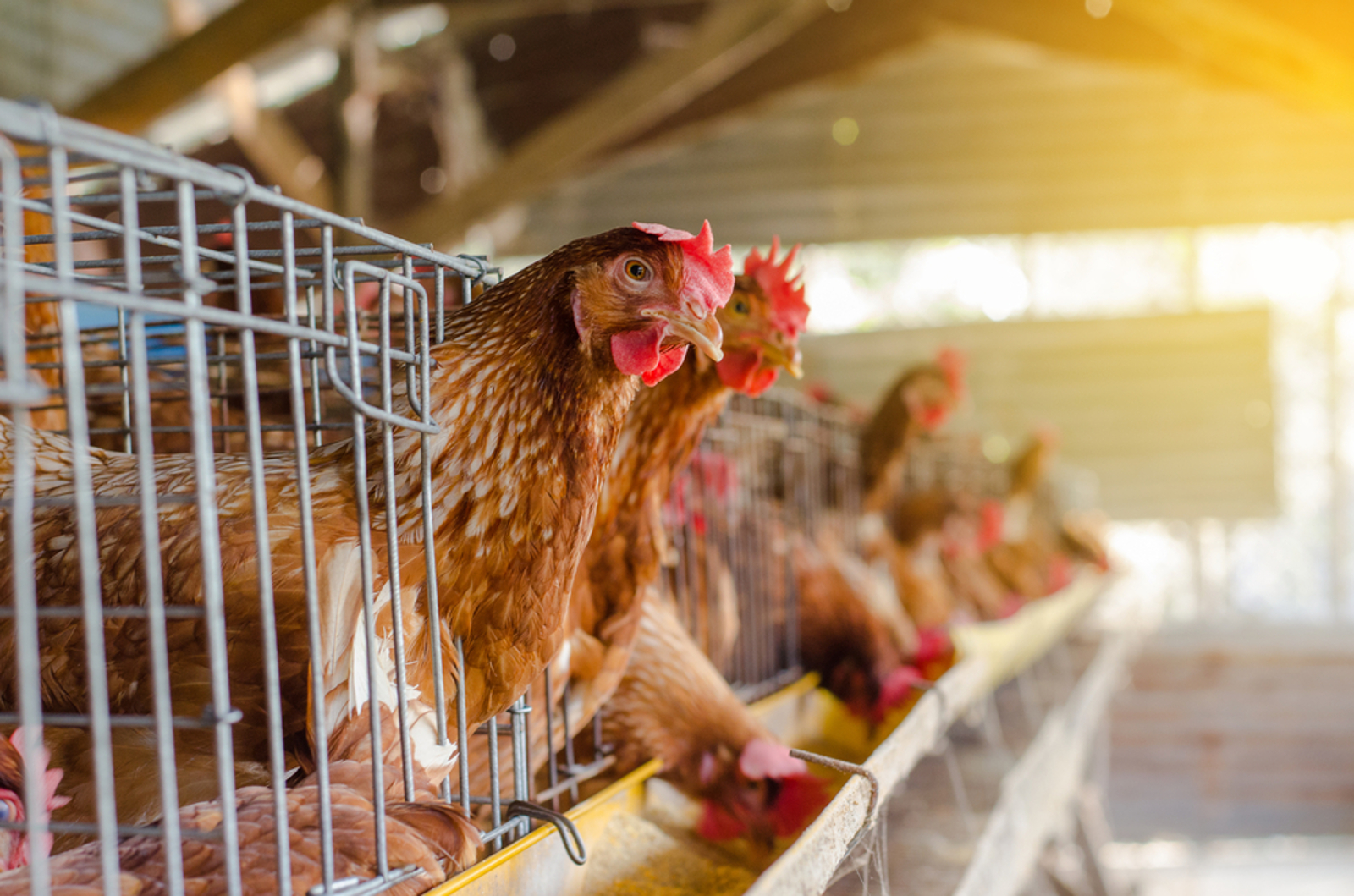 When it comes to industries that cause serious environmental harm, most people think of mining, chemical plants or coal-burning power plants, but all things considered, factory farming of animals is number one on the list.

Factory farming is known to be the number one contributor to the pollution of our nation’s rivers and the primary cause of growing “dead zones” in the ocean, such as the one at the mouth of the Mississippi River in the Gulf of Mexico. But another impact of factory farming and animal agriculture, in general, is less well-known: the astronomical amount of clean water used.

This is a serious problem in California, where factory farms use up scarce water resources in a state where rain simply doesn’t fall for five to six months of the year and droughts during the rainy season are common. In addition, slaughterhouses and factory farms exacerbate drought in California through the release of massive amounts of carbon and methane, potent greenhouse gases that contribute to climate change, which is blamed for increasingly severe droughts in the west.

According to the Pacific Institute, a global water think tank, “Almost half (720 gallons per capita daily) of the average Californian’s water footprint is associated with the consumption of meat and dairy products.” In an effort to deal with the drought that has plagued California for over six years, the state has required citizens and local governments to reduce their water usage. But industrial factory farms, by far the most consumptive users of water in California, have gotten off easy. While most people made sacrifices, many slaughterhouses and factory farms continued consuming water at the same or increased rates.

As part of the state’s response, Governor Jerry Brown mandated the State Water Resources Board in 2015 to reduce urban water usage by 25 percent. The City of Livingston, California fell far short of this water reduction goal. In June and July of 2015, the city reduced water consumption by just 5.2 percent making it the worst-performing city in the entire state.  The culprit? Foster Farms runs a chicken slaughterhouse and processing plant in the city.

Concerned, the Animal Legal Defense Fund (ALDF) filed a public records request in April 2016 for records about water usage at Foster Farms. After the city refused to produce the records by claiming that disclosure was not in the public interest, the Animal Legal Defense Fund, with pro bono representation from BraunHagey & Borden, LLP, sued the City of Livingston for violations of the California Public Records Act. 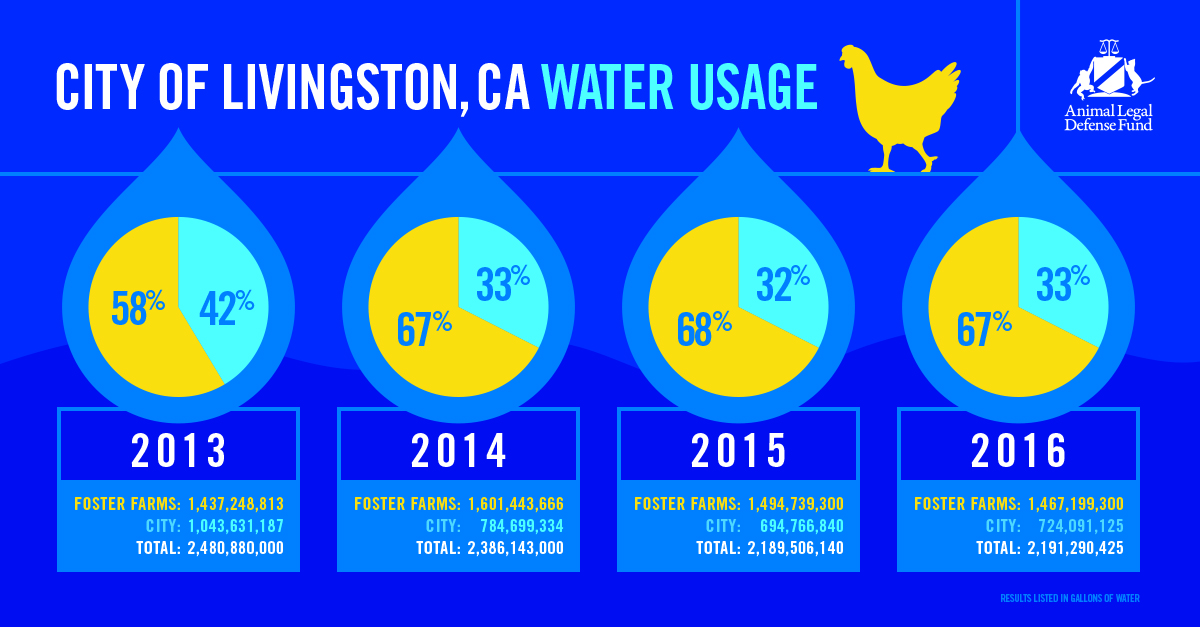 It’s even more alarming when Foster Farms’ water usage is compared to usage by other companies. As stated above, Foster Farms used roughly 1.5 billion gallons of water in 2015 at just one location in the state. In contrast, Nestlé, a company that has come under attack for its water usage during the drought, uses only 705 million gallons of water annually for its five bottled water plants in California.

In any case, restricting household water use (like the water we use to shower or brush our teeth) is a drop in the bucket compared to the water that could be saved by decreasing the massive amounts of water used to raise and slaughter millions of cows, chickens and pigs every year in California.  If the state is serious about proper stewardship and conservation of its water resources, monitoring and regulation of water use should focus on the real water waster: industrial animal agriculture. And, as consumers, we can certainly contribute by monitoring our own water usage.

Each of us can do far more to conserve water by considering the water impacts of our diet than by taking shorter showers. That means reducing our consumption of animal products including meat, dairy, and eggs, which require far more clean water to produce and contribute far more to the pollution of our rivers and streams than plant-based choices do.

To learn more about how you can save water with your food choices, check out One Green Planet’s #EatForThePlanet campaign.