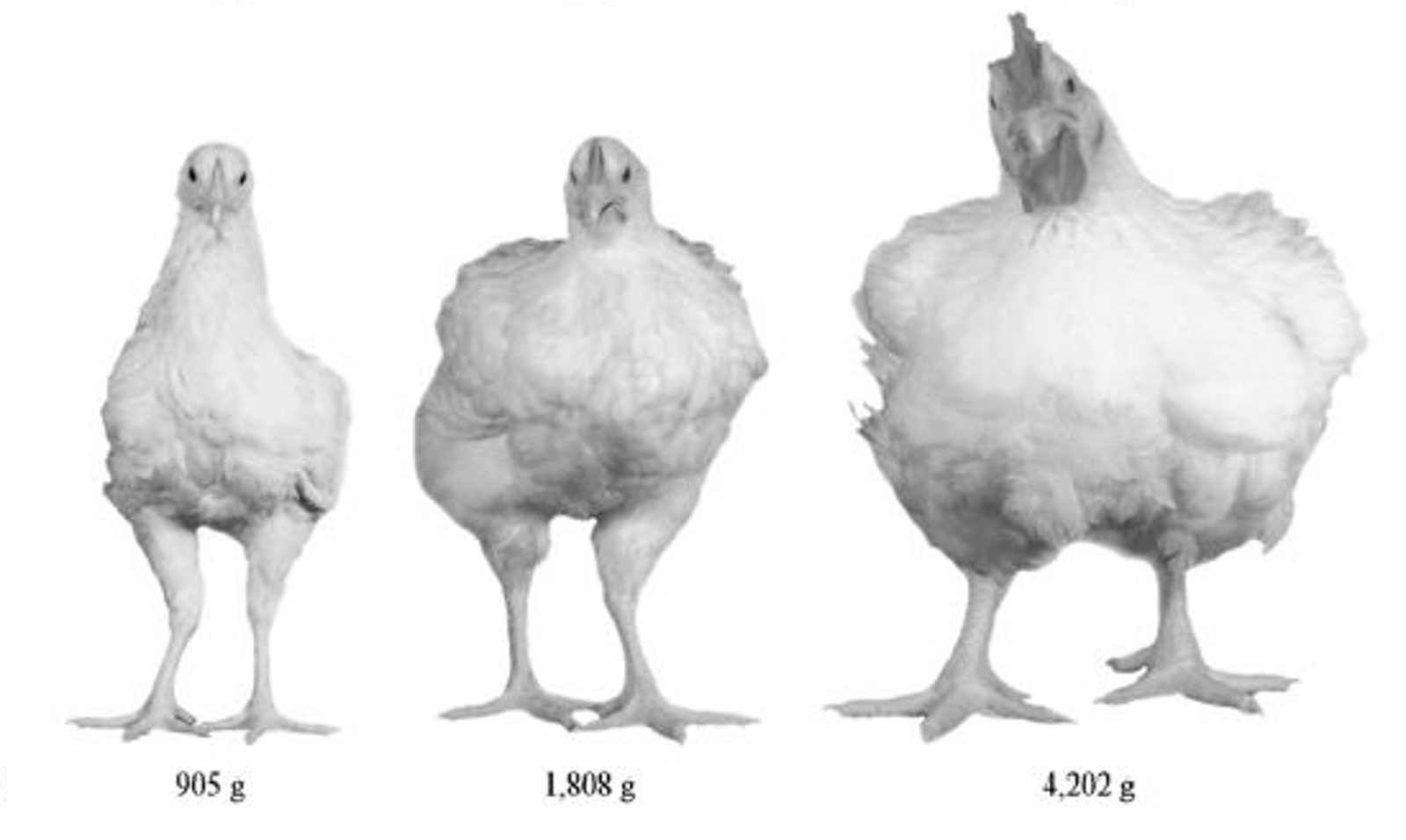 Just like humans, chickens are living, breathing beings. They feel pleasure and pain, are extremely intelligent, and are capable of empathy and friendship. In spite of this, humans have commodified their bodies, turning them into nothing more than profit-driven machine, only useful for their meat. In the eyes of many consumers and farmers, chickens are nothing more than items for sale.

As such, we’ve gone so far as to manipulate them at a genetic level. A chicken raised for meat, or broiler chicken, weighs up to three kilograms: almost double the size of a chicken from 60 years ago. And their breasts are 80 percent larger. And if you can believe it, they manage to reach this unbelievable size in six weeks, whereas it took a bird in the 50s up to 15 weeks to reach its fully grown (but much smaller) size. Not surprisingly, this accelerated growth leads to health problems and suffering for the animals – from difficulty walking, moving, to simply balancing on their own feet. And size isn’t the only change for these animals: egg-laying chickens are producing more eggs than ever. Today, hens produce on average 250 eggs a year. One hundred years ago, that number was only 100.

In other words, we’ve commodified the chicken and maximized its flesh, all in the name of profit. This image illustrates the staggering growth of the modern chicken. 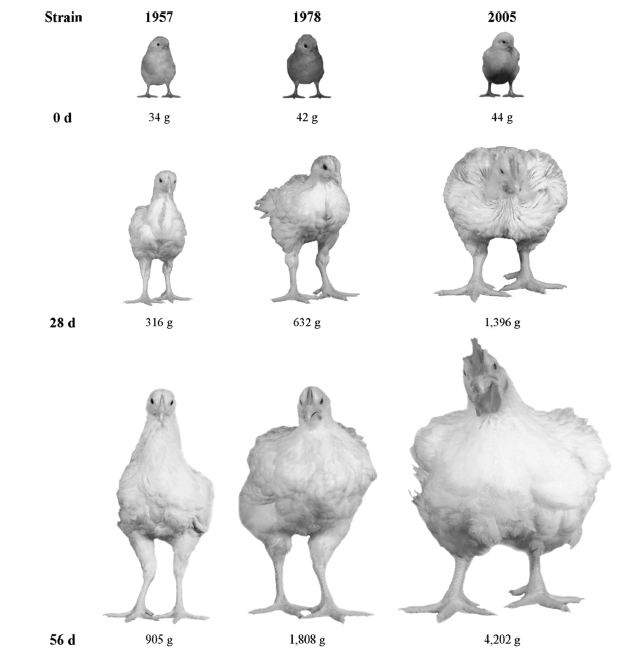 So why is this happening? The chicken’s rapid growth in size can be directly linked to the American population’s rapid growth in appetite for chicken. In order to meet the insatiable American diet, we’ve tinkered with chickens’ genes and confined them to miserable living conditions in factory farms. In fact, in the U.S., 99 percent of chickens are raised in a factory farm environment. These birds are housed in overcrowded hot, dark sheds by the ten thousand.

It’s shocking to think of the lengths we’ve gone in order to meet consumer demands. Chickens are highly intelligent, sentient animals. It’s our duty to respect the lives of these animals and do everything we can to make sure this industry comes to an end. By choosing to keep chicken and eggs off your plate (or animal byproduct, for that matter!), we can all lower the demand that has driven the industry to manipulate these animals to such a degree. We all have the power to make a difference for chickens by simply deciding not to support the animal agriculture industry. With so many incredible plant-based alternatives, the choice has never been easier or more delicious!

If you’re ready to vote for chickens with your food choices, check out One Green Planet’s Food Monster App.