How Factory Farms Impact the Communities Where They are Located 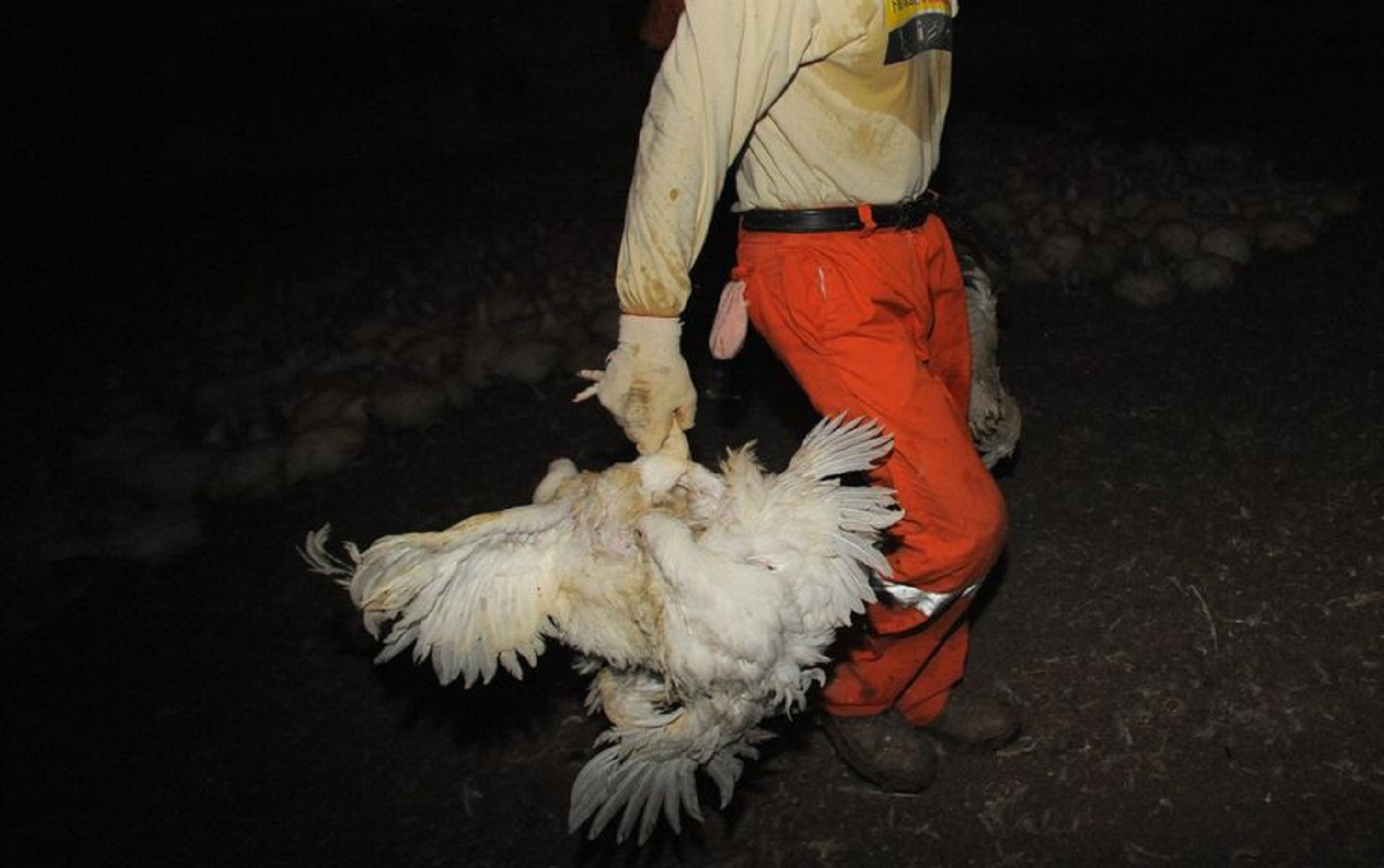 If you put aside the dirty laundry list of animal welfare concerns associated with factory farms, you unfortunately still get a separate — arguably dirtier — laundry list of negative impacts suffered by the local communities that surround them. And no one likes never-ending laundry lists.

These problems, which include environmental effects, health problems for community members, economic effects on the surrounding economy, and weighty social consequences are part of the nature of industrial meat production — the size and scale of the industry requires that these problems go ignored if production is to continue at the same pace and magnitude.

Here’s a numerical picture of the size of the industry we’re talking about, according to Factory Farm Map: There are about four factory farmed chickens for every one American. The number of dairy cows on U.S. factory farms doubled to 4.9 million between 1997 and 2007, and the number of pigs grew by more than a third to 62.9 million. In 2013 alone, about 32 million cattle were slaughtered on U.S. factory farms, about 8.5 million chickens, and about 112 million pigs. Unfortunately, those big numbers have an even bigger impact.

It’s not pretty, but the truth is that we can’t handle the amount of manure produced by that many millions of animals. Commercial livestock and poultry production produced an estimated 500 million tons of manure each year. That’s three times the amount produced by every person in the U.S.

Often, this manure is used as fertilizer for fields, which is the least of our worries. Industrial farms produce too much manure to compost it and market it as fertilizer, so they have a few different options: For cattle and chickens, the manure is either piled in huge sheds or spread across surrounding fields. In the case of pigs and some cattle farms, it is sprayed or dumped into huge open-air lagoons.

With the first disposal method, manure is repeatedly applied to the same field or bin, which can accumulate in excessive amounts and then runoff into local waterways. Too much of certain nutrients in water, such as phosphorus and nitrogen, can create an “explosion” of algae that uses all of the oxygen and then kills aquatic life, according to the Natural Resources Defense Council. For example, the NRDC says one toxic microorganism, Pfiesteria piscicida, was implicated in the death of more than one billion fish in coastal waters in North Carolina.

Problems become more disastrous with the hog lagoon disposal method.  Lagoons are lined with plastic, which means they can rupture or leak. For example, in 2011, an Illinois hog farm spilled 200,000 gallons of manure into a creek, killing more than 110,000 fish. A similar incident occurred on an eight-acre hog lagoon in North Carolina, where a lagoon broke and released 25 million gallons of manure into the New River, killing 10 million fish and closing 364,000 acres of coastal wetlands used for shellfishing. And the list goes on: similar environmental pollution has resulted from chicken and dairy farm runoff in Maryland, California, and in the Gulf of Mexico.

Even if factory farms figured out how to market their huge amounts of manure as fertilizer, the manure that they could give away is different than small-farm animal manure. It’s often packed with antibiotics, which causes separate problems for human health and disease resistance.

And, it’s immediately clear that all that above described poop getting into water isn’t a good thing for people. Officials in California singled out animal agriculture as the main source of nitrate polluting more than 100,000 square miles of groundwater. In 1996, the Centers for Disease Control found that high nitrate levels in drinking well water close to Indiana agriculture feedlots were linked to spontaneous abortions. High levels of nitrates in drinking water also increase the risk of methemoglobinemia, or “blue-baby syndrome,” which can kill infants. Lesson from all this: Nitrate is really bad, and it’s found its way into our drinking water because of factory farms.

And it’s not just nitrate. The NRDC found that dairy cow manure contributed to a disastrous Cryptosporidium contamination of Milwaukee’s drinking water in 1993. The contamination “killed more than 100 people, made 400,000 sick and resulted in $37 million in lost wages and productivity.”

And it’s not like these effects on surrounding environments aren’t known. Studies have shown that being near a factory farm can significantly reduce property values. Even if industrial producers want to claim that technological advancement in waste disposal can solve water contamination, it won’t be able to solve air pollution.

Remember that bit above about how much farm animals poop? How could you forget it. Well, that doesn’t just affect the environment and water quality, it also affects air quality. It affects air quality for two different sets of people in factory farm communities: Community members who live close to the farms, and community members who work in them.

For both of those groups, industrial farming facilities produce more than 400 different gases, all as a result of the amount of manure they produce. But the stuff you have to worry about is hydrogen sulfide, methane, ammonia and carbon dioxide. Communities around factory farms are constantly close to hydrogen sulfide, a gas that can cause flu-like symptoms, while high concentrations or exposure can lead to brain damage. Methane can lead to vision problems, heart palpitations, brain damage, trouble breathing, and, with enough exposure, death.

For factory farm workers, recent studies show that they are much more likely to carry antibiotic-resistant Staph (can be transmitted through the air), which can cause skin infections, respiratory disease, and gastrointestinal infections. Additionally, working in agriculture is one of the most dangerous jobs in the U.S. because, in addition to health problems, conditions cause the animals to become aggressive. Workers suffer chronic upper-respiratory problems, cardiovascular complications and premature death. And, according to an Iowa State University study, even factory farm workers who have been urged by physicians to leave their jobs feel like they can’t because they’re unqualified to do anything else.

What This Means and What You Can Do

According to Farm Forward, almost 99 percent of farmed animals are raised on factory farms and 700,000 people work in “animal agriculture” in the United States. That’s a large number, but we have reason to believe that the voices of people in factory farming communities are being silenced.

For example, in North Carolina, one of the top hog-producing states in the U.S., 25 percent or more of the population in the three biggest hog-producing counties is below the poverty level, according to census data.

Groups in these communities, such as the North Carolina Environmental Justice Network, say that their areas were targeted by factory farming companies because they are mostly black and mostly poor.

Farm Sanctuary cited a 2003 survey of rural Iowans — Iowa is a lead hog and cattle producer — which said the construction of a factory pig farm was less desirable to them than construction of a prison, a solid waste landfill, a slaughter plant, or a sewage treatment plant.

We can help these communities, the environment and animals by choosing alternatives to meat and dairy. Even going one day a week without meat reduces our carbon footprint. When we choose to purchase products from producers like Tyson and Smithfield, we are choosing cheap meat over human and animal lives. Factory farms help us save a buck, but by doing that we are eating on the backs of the poor, and we’re doing it at a very high public health and environmental cost.