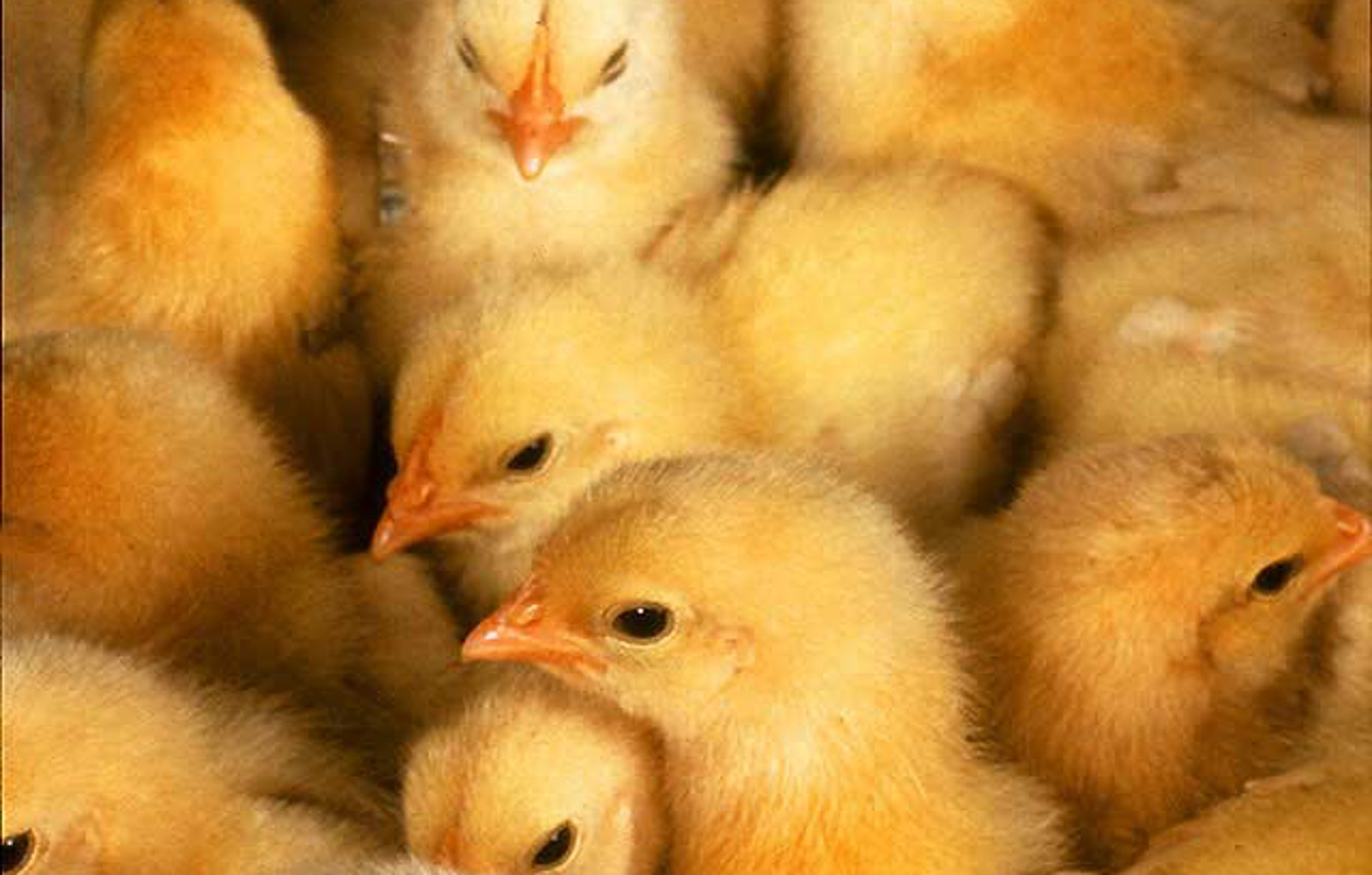 Who doesn’t love baby chicks? You’ve likely looked at photos and admired their little yellow fuzzy faces or perhaps you’ve even gotten the chance to hold one. Either way, it can be pretty much agreed that they are some of the most precious creatures on the planet and in their fragile, young state, these little chicks need protection.

However, in the animal agriculture industry, the welfare of these newborn chickens falls far behind their value as commodities. There are many welfare concerns associated with raising chickens for food, but one aspect that has not been given much attention is the cruelty apparent in the process of transporting day-old chicks from breeding facilities to the farms where they will spend the rest of their lives.

Where Chicken Really Comes From

In the egg industry, male chicks are “culled” shortly after birth. Because they will never grow to produce eggs, they are considered obsolete. Many people believe that these chicks go on to the meat industry where they will be raised for food. This is not the case. PETA estimates that every year, over 100 millions of male chicks are ground up alive or suffocated in the egg industry.

While the fate for male chicks in the egg industry is horrific, the life for chicks (both male and female) in the meat industry is similarly cruel. According to the Humane Society of the United States (HSUS), virtually all of the chickens raised for meat in the United States come from four primary breeding companies.

Despite the seeming influx of baby chicks available to be raised for food (as terrible of a fate this is), the animal agriculture industry has deemed it necessary to specially breed broiler chickens for the purpose of raising them for food. When chicks are hatched in these breeder farms, they are not given the opportunity to bond with their mothers, or enjoy any of their new lives, but rather, at just one day old, they are put into a shipping container and sent via ground and air transportation.

Newborn chicks are stacked in commercial containers or boxes with an average of 80 and 100 chicks per box. These tightly packed boxes are stacked one on top of the other. The internal temperature of these boxes can be up to 25 degrees higher than the outside air temperatures. These chicks have not yet developed the ability to regulate their own body temperature and are highly heat sensitive. The ideal temperature for a chick at this age hovers around 88 degrees Fahrenheit, but the temperatures inside boxes during air transport can spike up to 104 degrees. To make matters worse, when chicks are hot they pant to release body heat, which in a confined space can increase humidity and the temperature inside shipping boxes can reach up to 111 degrees over the course of an hour.

Low levels of oxygen are also of considerable concern for chicks being held in the cargo compartments of planes. High heat and limited oxygen is a lethal combination for any living creature, but for a newborn chick, we can only imagine the level of trauma this experience reaches. If you have a fear of flying … just imagine how much worse flying as a chick would be, coach suddenly seems like paradise. 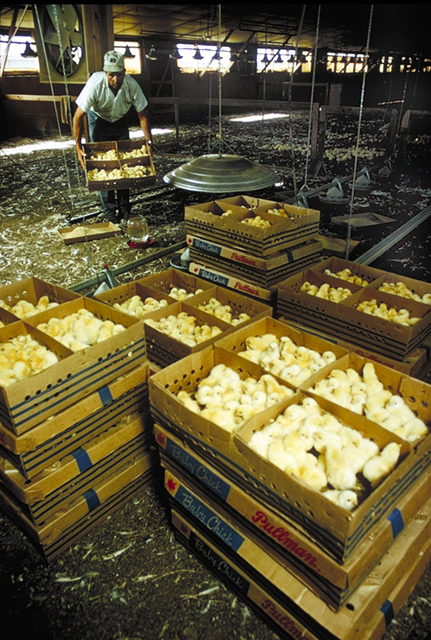 Chicks are Deprived of Food for a Long Journey

The duration of transport varies, however, given the fact that around 8.5 billion chickens are raised for meat in the U.S. and there are only four major breeding farms that supply these chickens, it can be surmised that these chicks need to travel far distances to populate the many farms across the country.

During their journey to their new factory farm “home,” chicks are deprived of food (sorry no highway snack-stops for chicks!). A newborn chick can survive on the nourishment they receive from the yolk for around 48-hours, however, according to the European Food Safety Authority’s Scientific Panel on Animal Health and Welfare,” When temperatures are high, they [food reserves] are used up much earlier.”

Broiler chickens are especially bred to have high metabolisms, which only exasperates this issue. Another study done by researchers in Denmark found that when chicks are deprived of food, their immune function drops and their ability to grow to market weight at a fast pace drops significantly.

A Traumatic Beginning, but Hardly the End

The cruelty involved in transporting day old chicks only details the first week in the life of a chicken raised for food. After this journey, the chicks are sent to factory farms, where they will live remarkably short lives in fear, pain and complete filth. Sadly, even small-scale hatcheries who supply chickens for backyard farmers ship day-old chicks via U.S. Postal Service.

Chickens are highly intelligent creatures who develop the concept of object permanence as early as two days old. This enables them to anticipate and plan for the future. We can only imagine how this cognitive ability serves itself for a chick who only knows extreme stress in the first few hours of life. It takes human children six months to develop this ability.

What a chicken raised for food is taught, essentially from the moment they hatch, is to know only pain and to anticipate fear and discomfort – knowledge that is only amplified when they are pumped with feed and hormones and grow too large to stand before their untimely slaughter.

No animal should be treated like an inanimate object that can endure extended journeys in a cargo cabin. Perhaps it is time to rethink how we think about chickens and see them for the someones they are, rather than the somethings we treat them as in animal agriculture.