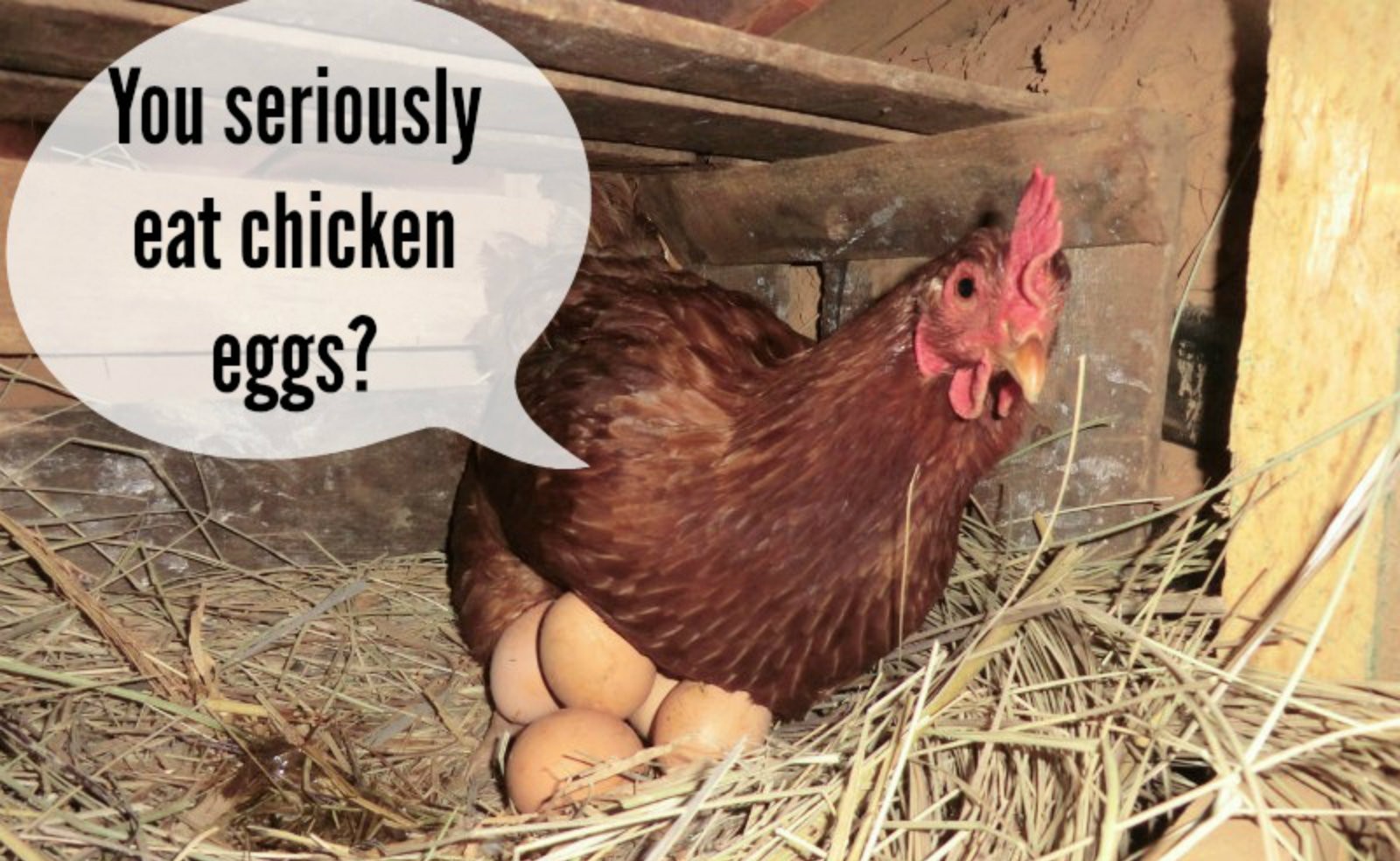 You may have heard wonderful things about how chicken and eggs are healthy sources of protein. But did you know that while the egg industry can label their products “nutrient-dense,” the USDA has warned them against using the labels “nutritious” or “safe” because they could be violating labeling laws in so doing.

When you think about it, there does always seem to be some new outbreak of salmonella in the news. To date, salmonella poisoning has taken the lives of 380 people. In industrial animal agriculture, chickens are considered commodities and as such are treated like machines, constantly producing eggs or being forced to grow exponentially for meat. The average American eats 60 pounds of chicken and 250 eggs year. To meet these high demands the animal agriculture industry has developed highly inefficient methods to produce the most meat and eggs possible in the shortest period of time.

While this might seem great for the poultry-producer, the speed at which these products are churned out actually leads to some not so great consequences. Since the agriculture industry would probably not be too keen on telling consumers about these consequences, we went straight to the source … the chickens. Here’s what they have to say about the chicken industry.

According to a test done by Consumer Reports, approximately 97 percent of all the chicken breasts contain strains of salmonella. Further, The Center for Disease Control found that 85 percent of urinary tract infections in humans are linked to strains of E.Coli found in chicken. So how does this bacteria make its way into chicken? Well, when thousands of chickens are forced into tight, stressful conditions, they are highly susceptible to infections and disease. In an attempt to quell the large amount of bacteria present in chicken production facilities, animals are pumped with antibiotics. However, after a period of time, bacteria becomes resistant to antibiotics, creating superbugs. The bacteria that is transferred from chicken products to humans have become antibiotic resistant which makes them all the more dangerous to people. Antibiotic-resistant bacteria are responsible for 25,000 deaths annually. 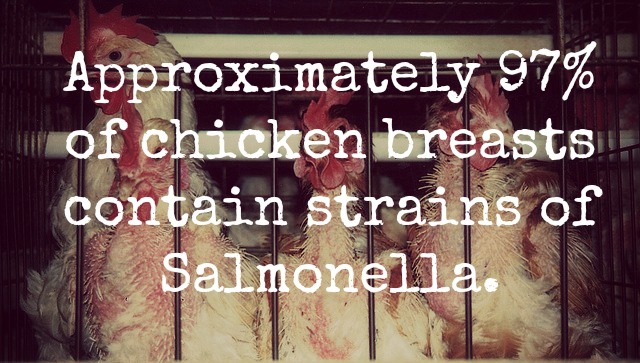 A study done by the USDA found that chicken may harbor as much as 430 parts per billion of arsenic. How does the arsenic get into chicken? Their feed, of course! Yes, that is right, chicken feed contains arsenic additives to “improve pigmentation” of chicken breasts. You know that pink color raw chicken has? Thank the arsenic. 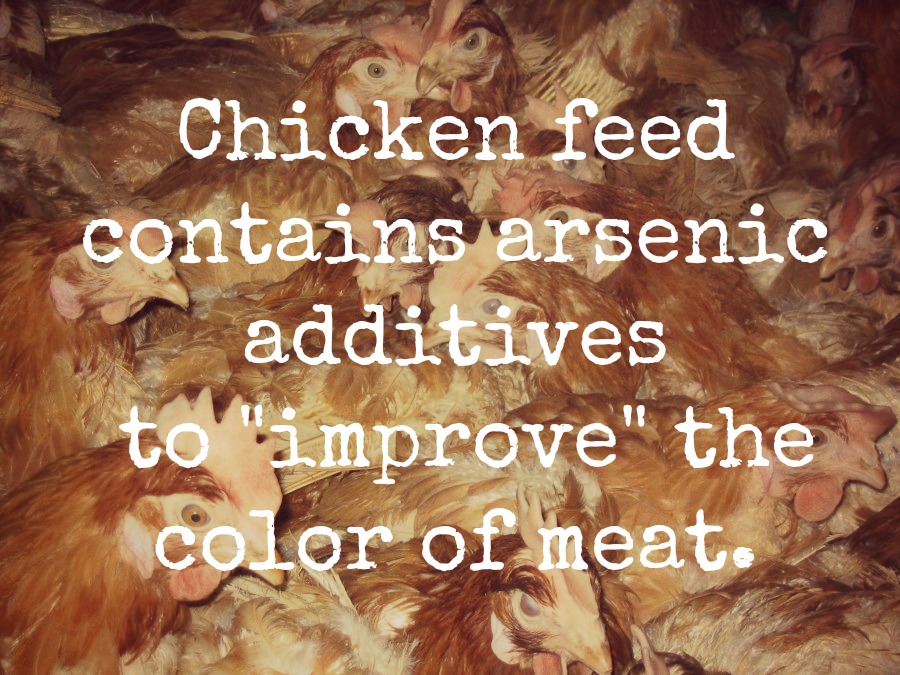 Chicken “warehouses” are often home to more chickens than there is actually room for. They are packed in so dense that they have little to no room to turn around, or space to flap their wings, nest, roost or dust bathe. These sheds, called “grower houses,” can have up to 20,000 chickens packed at a density of approximately 130 square inches per bird. Many chickens will die getting trampled, eaten by other chickens, killed in a fight for dominance or due to malnutrition. The sheer amount of waste and bacteria present in these tight areas makes for terrible air quality which only expedites the spread of disease. 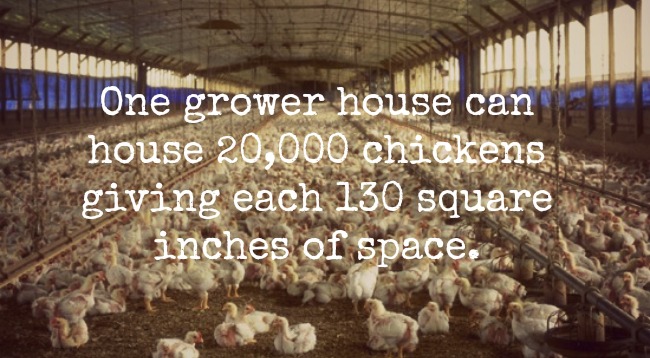 4. Eggs are not really all that…

What do smoking and eggs have in common? They both cut your life short, but cigarettes might just be the healthier option! Harvard Nurses’ Health Study found that the daily consumption of the cholesterol found in a single egg appeared to shorten a women’s life by as much as if she had smoked 25,000 cigarettes!

Because arsenic wasn’t enough,the USDA introduced a new set of regulations on how companies can streamline chicken production by completely cutting out measures that require them to test for E. coli and salmonella. However, to combat levels of bacteria (which we just learned runs rampant in chicken products), chicken producers are allowed to dip chicken in “anti-microbial” substances, included chlorine and hydrogen peroxide. Yay, that will teach you nasty bacteria! 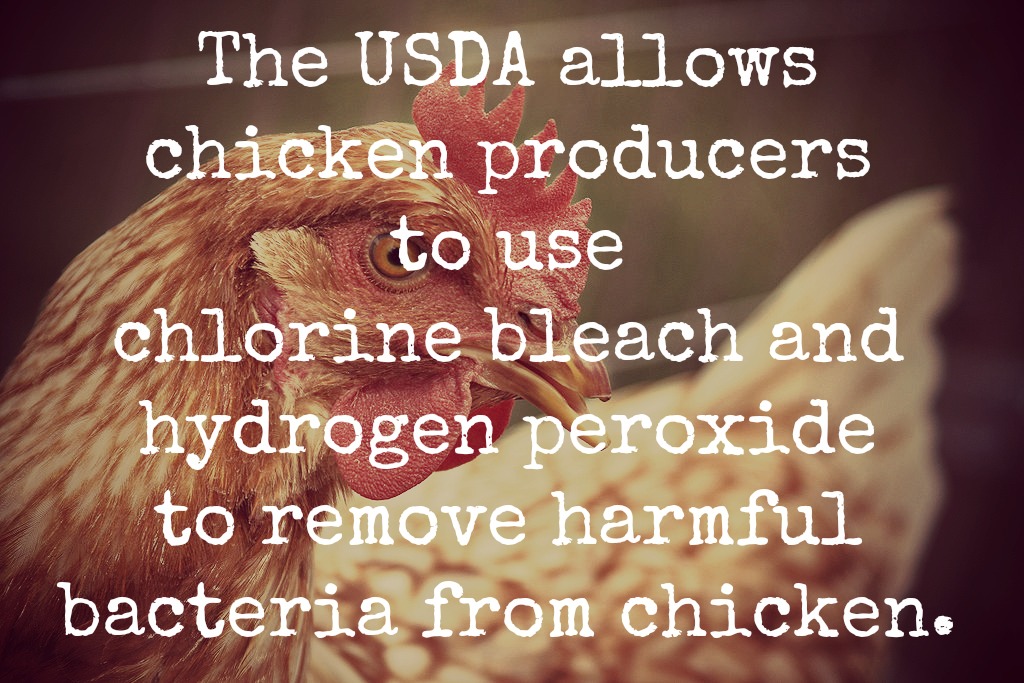