Chicken More of an Arsenic Risk than Apple Juice 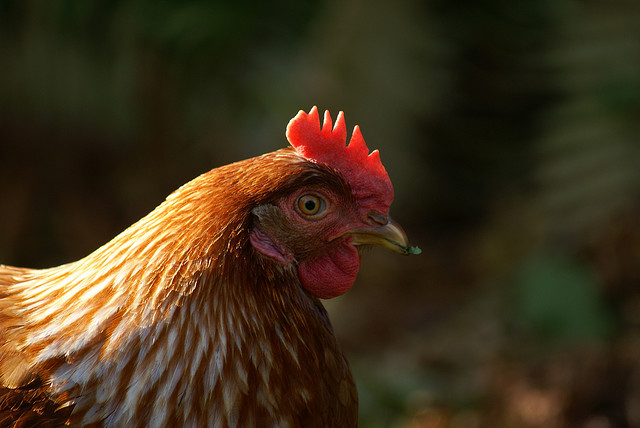 Dr. Oz was right to be concerned about arsenic contamination in our food supply. According to scientists from the Johns Hopkins School of Public Health and the Environmental Protection Organization, “Arsenic is a human carcinogen, and is also associated with increased risks of several noncancer endpoints, including cardiovascular disease, diabetes, neuropathy, and neurocognitive deficits in children.”

Last week The Dr. Oz Show released independent lab reports finding as much as 36 ppb of arsenic in apple juice. USDA researchers, however, have estimated that chicken may harbor as much as 430 ppb. And since Americans consume an average of three times more chicken than apple juice, chicken may represent 30 times the arsenic risk of apple juice.

Based on FDA retesting of apple juice samples, compared to the amount of arsenic found in a Perdue chicken breast, for example, arsenic exposure from chicken may only be 15 times as great, but preliminary findings suggest the majority of the arsenic found in chicken is the highly toxic inorganic form. The cooking of meat may then also produce further toxic arsenic by-products.

The arsenic in apple juice is thought to come from arsenic-containing pesticides still in use in countries such as China, but how did arsenic get into the chicken? The poultry industry fed it to them.

Every year about two million pounds of arsenic-containing chemicals have been fed to chickens in the United States, one of the more than 20 drugs, antibiotics and supplements routinely fed to animals raised for slaughter in the United States. Why would the industry do such a thing? When tens of thousands of birds are crammed into filthy football field-sized sheds to lie beak-to-beak in their own waste they can become so heavily infested with internal parasites that adding arsenic to the feed to poison the bugs can result in a dramatic increase in growth rates. Arsenic can give the carcass a pinkish tinge, which consumers prefer. Just as farmed salmon are fed additives to color their grey flesh, the FDA approved arsenic-containing feed additive for “improved pigmentation.”

The poultry industry defends the practice by arguing arsenic is a “naturally occurring element.” (So is uranium, but that doesn’t make it something we want to feed our family.) Furthermore, the industry argues, arsenic is everywhere: “It is in the soil that grows our crops, the water we drink, and the air that surrounds us, so it is normal to find low levels of naturally occurring arsenic in many food products.” As a public health professional, this reminds me of another industry that opted for a profitable poison to feather its nest. Leaded gasoline became a international public health disaster, but the manufacturers of the fuel additive made a similar argument: “During the entire history of man on this earth he has had lead in his body. He has had lead in his food, he has had lead in his drinking water….” This is not a convincing argument to further expose the public to toxic elements.

Though arsenic-based feed additives have been banned in Europe for over a decade, they continue to be legal in the United States. One drug company did announce this summer, though, that it has suspended sales to poultry companies after the FDA found concerning levels of a particularly toxic form of arsenic in edible tissues of chickens eating feed laced with the arsenic-containing drug.

Although other food products, such as apple juice or wine made from pesticide-laden grapes may contain appreciable amounts of arsenic, according to the U.S. Department of Health and Human Services, “meat, fish, and poultry account for 80% of dietary arsenic intake.” Based on the USDA estimates of arsenic levels in the U.S. chicken supply, the prestigious Medical Letter on the Centers for Disease Control and the Food and Drug Administration concluded, “Chicken consumption may contribute significant amounts of arsenic to total arsenic exposure of the U.S. population….Levels of arsenic in chicken are so high that other sources may have to be monitored carefully to prevent undue toxic exposure among the population.”

For more on the use of arsenic in chicken, watch the NutritionFacts.org video Arsenic in Chicken and read the Institute for Agriculture and Trade Policy’s report Playing Chicken: Avoiding Arsenic in Your Meat.