The Big 3 Myths About the Chicken Industry 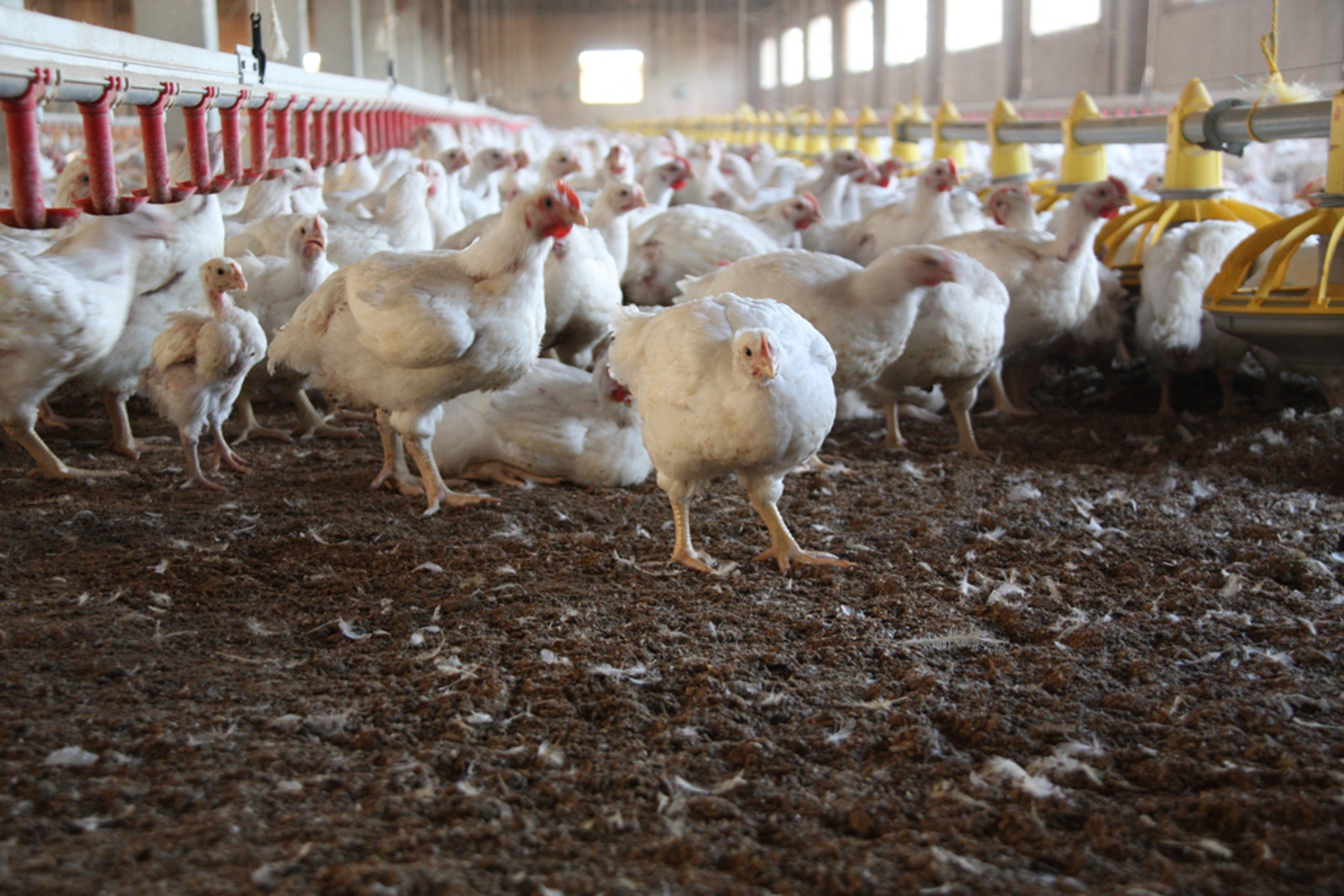 If you were to take a poll at a vegetarian convention on what it was like to go from “enjoying big fat burgers, juicy steaks, chicken wings and fish fillets – yum!” to turning over a new leaf  to”oh, so boring salad and carrots rabbit food diet – boo!” (besides getting a ton of info on the most delicious meatless recipes) you’d probably also notice one thing a lot of vegetarians had in common.

Buried deep within our modern conceptions about animal products, we have somehow clung onto the idea that beef and pork are the “real” meats, the meatiest meats, whereas something like chicken or fish is only “second tier” meat.

And with this association comes a disturbing side-effect: chicken farming  is not associated with the primary depictions of animal cruelty.

Chickens are smaller, as birds they get the identity of “bird brained” or unintelligent creatures, and may be harder for humans to empathize with them compared to animals that are mammals, like us. The idea continues that as small animals, they need less room; as “dumb” animals, they care less what happens to them; and as non-mammals, they experience life differently than we do, such as experiences of pain or pleasure.

We continue to foster these ideas in the group mentality of animal consumption while ignoring important facts. After carrying out an undercover investigation into what an “average chicken farm” is like, Compassion Over Killing discovered, that more than eight billion chickens raised and killed for their meat each year in the U.S. alone and millions are suffering from painful leg deformities, starvation, dehydration, suffocation, being stuffed into buckets with other decayed or dying birds.

While some of this abuse falls outside common practice and can be brought to a court of law – such as the practice of dumping live birds into buckets with the deceased – many other forms of abuse follow procedure within the industry. The video Compassion Over Killing has provided as a result of their investigation shows many acts that are unmistakably cruel, but unfortunately legal.

2. All of These Cruelties Can Be Solved With a “Humane” Approach

Once you’re aware of what goes on in commercial chicken farming, what do you do? If you’re unwilling to go cold turkey, or rather cold chicken, you might turn to “humane,” “free range” chicken products with the intent of giving the animal a better life while still keeping your same consumptive habits.

The problem is, once the chicken industry is aware of your desire to eat a friendlier chicken dinner, outs pops the new face of organic and humane chicken products. As Peaceful Prairie Sanctuary displays in their presentation of humane animal farming, your friendly little organic meal may just as well have come from a climate of the mass killing of chicks, routine mutilation, and the denial of a natural life. But most of the time, we’re not willing to look  further than the labels on the package, and simply take it in “good faith” that these companies follow extremely strict welfare guidelines.

Even when they follow them to the best of their ability (or the best of their desire) the nature of chicken farming does not radically change. No matter how many cozy images you plaster on the package, or how many “hormone free” promises you make to the consumers,  there is no way to change the nature of the chicken farming industry into anything other than the routine slaughter of billions of animals.

“Humane,” which means “to have or show compassion or benevolence” and “to inflict as little pain or harm as possible” does in fact conflict with the idea of unnecessary slaughter. The very least we can do for chickens is not to gently pat them before killing them for food, but instead find a different food source. The lowest amount of harm you can commit is no harm at all.

3. There is No (Good) Alternative to Chicken

As I hinted at just now, while “humane” meat products may placate our initial distaste at the thought of animal cruelty, it does nothing to eliminate the mass slaughter of animals which has ultimately caused us to want to look away. But sometimes, we’re willing to put ethics aside for pleasure – if we’re all equal beings, our happiness is just as equally valuable as an animal’s happiness, right? After all, even those “vegetarians” (who eat chicken) agree that chicken is just too hard to give up, and there’s nothing quite like it.

That may have been true decades ago – not everyone is so impressed by soaking tofu in faux chicken broth – but today, the world of analogue meat products is embarking on a new and exciting journey to revolutionize the way we look at food, whether it be for animals, for the environment, or for our own health.

One brand in particular, Beyond Meat,  has been making waves with its claims of being the first meat to look, feel, and taste like “the real thing.” And I know what you’re thinking – we’ve heard it all before, there are plenty of veggie chicken products on the market that claim to taste “good enough,” but we can “tell the difference” or it just doesn’t “live up to the hype.” But with Beyond Meat’s vegan chicken flying off the shelves and being routinely sold out, impressing too many omnivorous food columnists and taste testers to keep track of.

Whatever chicken-based dish you find yourself addicted to, meat-free chicken products are here to uncloud your moral judgement and care about your taste buds as well as the lives of other sentient animals all at once.