Would We Ever Keep Ourselves in the Conditions That We Keep These Animals In? 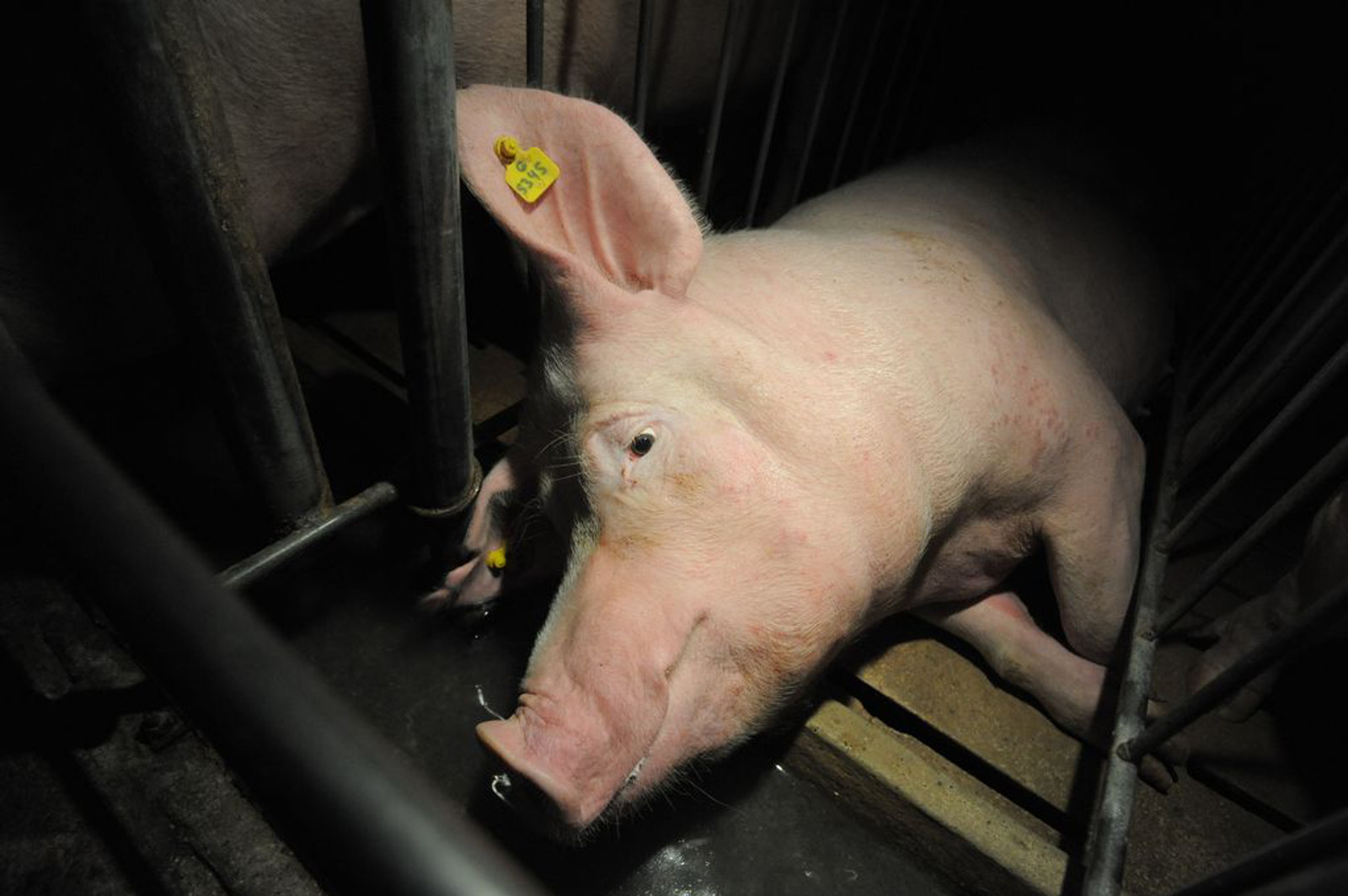 It may surprise you to know that we as humans are not alone in this universe…and I’m not talking about little green men! We share our very planet with a myriad of different species, some which remain undiscovered by our kind, some that we keep as pets, some that we wear, or some that we have perform tricks and amazing feats for our pleasure.

But, as a prominent species on this planet, humans would often like to think that we are doing our best in keeping good relations with the non-human world. We commonly believe that the animals that make their way into our daily lives are treated with the utmost respect, and exist in living conditions that even we would find tolerable if we ever found ourselves in the same position. But how much does the individual person really know about the so-called fabulous lives we give to our animal companions? Since knowledge is power, I took some time to examine how we as humans keep animals, to become more knowledgeable about the gracious living conditions our great species has bestowed upon them. What I found, however, is that…

Marine Animals Are Suffering…and It’s Because of Us

Marine parks like SeaWorld or Marineland may seem to be a bundle of fun and excitement for everyone involved (even I have fond memories of going to Marineland in the summer when I was a kid), but in reality the events’ biggest participants are experiencing something much more like prison than an all-expenses paid vacation.

Whales and dolphins can travel up to 100 miles in a day outside of captivity, making tanks that are sometimes as small as 24 by 24 feet wide feel no larger to the captive mammal than being in a small closet all day would feel to us. Many of these species would normally be traveling with a group or family instead of the solitary confinement they experience at marine parks. Both the size of these tanks and the seclusion from family can cause these animals in captivity severe mental stress, possibly contributing to their extremely short lifespan.

As Last Chance For Animals reports, “In the wild, dolphins live between 25 to 50 years, male orcas 30 to 60 years, and female orcas 50 to 90 years. Captive orcas usually die within the first 10 years of captivity, usually before they reach age 21. Most dolphins die within the first two years of captivity. Because death rates are so high (and captive breeding is generally unsuccessful), marine parks continue capturing animals from the wild.”

For those of us who have traveled to see captive marine animals out of an adoration and respect for these creatures, it is definitely worthwhile to reconsider how we show our appreciation.

According to the Canadian Federation of Humane Societies (CFHS), “Despite the enjoyment many get out of having the opportunity to see such creatures up close, the aquarium is a very different environment from the natural environment of these large and beautiful animals, and causes them to suffer physically, psychologically, and mentally.”

Additionally, if we claim that captive marine animals are important for educational purposes, to learn about the biology and lives of these animals, it makes no sense to say that we are learning about how these animals really are by keeping them in environments that are not their own, thus forcing them to adapt their behavior to substandard living conditions.

Animals in the Fur Industry Fare No Better

Unlike marine parks, the fur industry rarely produces a false image of fur farming being a cruelty-free experience, because it would be nearly impossible to make what is done for fur seem family-friendly. Confined to 12 by 18 inch cages, foxes and mink enjoy none of their natural habits, as these animals typically range in territories of about 741 acres. The difference between acres and inches is pretty big, if you ask me.

Approximately 50 million animals a year live out their lives on fur farms in the fashion described above in order to satisfy the human desire for a fur coat or fur accessory. Talk about “fashion kills.”

Farm Animal Confinement Is Nothing to Be Proud Of

Think you’ve seen all there is to see when it comes to the crazy, cramped conditions we’ve decided are perfectly fine for other animals? One of the most prominent ways we as a species have learned to lock up animals and throw away the key is in the agricultural industry – for our meat, milk, and eggs.

For instance, veal calves are typically kept in crates 2 feet wide, providing only enough room to stand or lie down. Occasionally chained or tethered to reduce movement, they are not allowed muscular development particularly because their sedentary lifestyle provides consumers with the taste they have come to love about veal products.

According to the CFHS, such confinement can cause “leg and joint disorders, indigestion, diarrhea, muscle atrophy, chronic pneumonia, and wounds from rubbing against the crate.”

While we are wholly willing to keep a mother cow’s child in such conditions, we would never allow the same to happen to human children of the same age – especially when we consider the slaughtering age of veal calves, which ranges from several months to only a few days. We are not only the cause of the suffering that they endure, but the loss of life before they have had any time to form a knowledge of it.

Pigs meet similar conditions with what are known as “gestation crates” — also only two feet wide — and while both Sweden and the U.K. have completely phased out this type of confinement, it still exists in virtually every country around the world. These metal closures are what a mother pig will experience for the whole of her adult life as a direct result of humankind’s continued consumption of her and other animals. Undercover investigations into hatcheries have shown that hens are kept in dismally similar conditions, with wire cages stacked atop one another causing the same sort of confinement trauma exhibited by animals in the fur industry.

“Humane,” “Free Range,” and “Organic” Farming: A Solution or Another Problem?

With all that’s been said, it’s safe to say that humans aren’t giving most animals the room they need to live, love, and grow. Such realizations have millions turning to companies that produce meat, milk, eggs, and more under humane guidelines, primarily cage-free and free-range environments. Is this our solution?

Unfortunately not. Even though certified organic or humane animal products specify that some more natural conditions must be met, like any animal agriculture the farmer can find various loopholes that lead away from anything resembling a “normal” life for the animal: “Dairy cows can be kept in ‘tie stalls’ while lactating–and due to repeated cycles of impregnation and birth, dairy cows actually spend the majority of their lives lactating. Males kept for breeding purposes and young animals are also exempt from rules pertaining to outdoor access,” as Liberation BC reports.

The dairy industry’s main method of production includes such side-steps and loopholes to allowing cows any sort of right or privilege to the outside world by keeping them in a state of constant impregnation and the pains associated with repeated insemination.

Chicken and egg farmers appear to be the number-one spokespeople for promoting the free range and cage free ideal, but only for business purposes.

Behind the labels and happy hen images on the packaging “it is far more common for free-range chicken farms to house hundreds of thousands of chickens in only a few enormous sheds…Sometimes, a door is cut at the end of these sheds, leading to a small gravel or mud lot. This almost useless concession allows these farms to announce that their chickens have access to the outdoors,” according to Liberation BC.

In other cases, however, the birds are not allowed outside at all.

Scott Akom, an employee of the Horizon Foods Organic and Free Range Farm explained his refusal to allow the chickens access to the outdoors as follows: “Free-roaming and cage-free mean the same thing. The chickens are free to go wherever they want. Inside the chicken house.”

This may leave some people wondering: is there any cruelty-free way to keep animals in captivity? How can we guiltlessly enjoy a hamburger, a trip to SeaWorld, a luxurious fur coat while giving the animals some breathing room?

This should not come as a huge surprise, but “some breathing room” does not equal granting animals the rights and respect they deserve. In order to do that, we might want to suggest not only getting rid of the cages, but the practices themselves.

Animals do not lead natural and happy lives if we continue to designate them to nothing more than a product on the shelf, to a commodity that is traded, bought and sold, slaughtered, and confined.

As Peaceful Prairie Sanctuary writes, “Isolated from the natural world to which they belonged for millennia, farmed animals are forced to live their short lives in severely degraded physical and psychological environments that are far different from the ecosystems and cultures from which they historically derive. Severed from the intricate social structures that governed and guided their free-living communities and confined, without the possibility of escape, to a human world where they have no place in the present, no link to the past, and no possibility of a future, domesticated animals have no power whatsoever over the most important aspects of their lives”.