5 Worst Ways Animals Are Exploited in the Fashion Industry 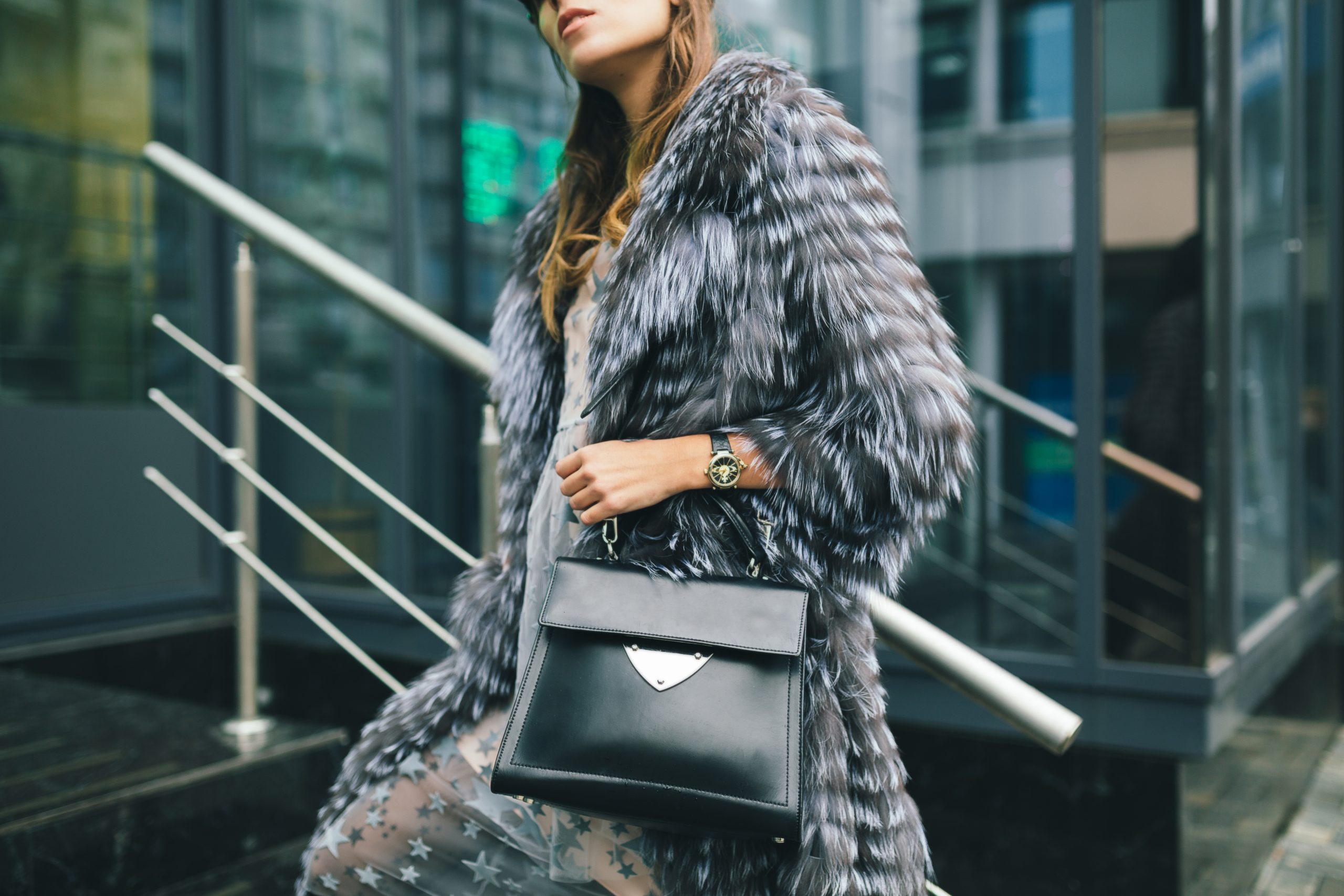 What we choose to wear and how we choose to wear it provides an inexhaustible flow of information about the modern human society. Historians of human culture know the importance of looking toward the style of dress across different time periods and different cultures in order to better understand the values and lifestyles held by their wearers. Our personal fashion also says a lot about us, and helps us present who we are — or who we want to be seen as — to our audience, whether that audience is a potential friend, potential employer, or potential significant other.

Much of our life will be shaped by the various styles that lay the foundation for an entire industry of fashion. And as much as fashion choices can enrich our own lives, fashion that isn’t consumer conscious can have grave negative effects on the lives of others. This becomes quite apparent when we look at what sort of materials are considered essential in the high-end competitive fashion world, what we see celebrities promoting through use every day. These “materials” — such as leather, fur, wool, or animal skins — have a much higher cost than their non-animal counterparts, and I’m not talking about the number on the price tag.

When fashion literally kills, it’s time to start looking into just how animals are exploited in the fashion industry, and what we can all do together in order to change the negative reality of fashion into a positive, progressive, and even empowering means of expression.

Fur farming continues to be a widespread practice despite minor bans of fur production in select countries. Those who continue to wear fur in the Western world have been given a false impression: that animal cruelty for the sake of fur may or may not happen, but if it does, it is millions of miles away from their own doorstep. It takes only a second of research to know this is not the truth. Yet, it shouldn’t matter how near or far a fur farm is from us — in a world burgeoning into a global market, a fur trim coat purchased in New York could be traced to Beijing, a fur-lined scarf bought on a shopping spree in London can be traced to a small town in Nova Scotia, Canada.

Our responsibility for documented cases of “trapping animals in bone-breaking steel traps, clubbing them to death, electrocuting them through the mouth or anus, breaking their necks and backs, skinning them alive” is a responsibility we all share. Animals caught in the grasp of the fur industry include mink, chinchillas, foxes, dogs, rabbits, and cats.

While the U.S. and other countries attempt to ban the import, export, and sale of dog and cat fur products, mislabeling makes tracking dog and cat fur difficult. The countries which ban dog and cat fur but permit the furs of other animals, who can feel pain and emotions as equally as any house pet, do so with disgust at the thought that anyone would be wearing the remains of a dead dog or killed kitten. It’s time to extend the limits of fur farming and opt for fur-free, or faux fur alternatives which produce a similar look and feel to our favorite fur-based fashions.

Arguably more popular than fur as a centerpiece of fashion is leather, which makes its appearance at every interval of the common fashionista’s wardrobe: leather handbags, leather boots, leather jackets, leather accessories, leather pants, leather belts. The abundance of leather and the appreciation it receives from modern consumers is innumerable. Appreciation for the life of the cow who had to die after months of inhumane transport for the handbag or in-style leather jacket is, however, not such a common occurrence.

As if the human rights violations rampant in the production of leather weren’t enough, documented cases of cows being skinned alive, having their tails broken, and dying before they even reach their slaughter should warn against giving into wearing leather to follow recent trends. The focus of why one should opt for a less cruel leather alternative is rather simple: killing for the sake of a piece of clothing or another accessory is never necessary, especially when other options are available.

In a time where many young women are encouraged to add tougher overtones to their feminine style — such as throwing a slim leather jacket over a simple dress and leggings, it’s important to remember that feeling empowered, physically and mentally, need not come at the cost of another. Exploiting animals doesn’t make us tougher. Leather fashion products, like many other animal-based materials, are getting an upgrade in recent years with the advancement of vegan-friendly and eco-friendly leathers.

Wool is perhaps the most misunderstood animal-based material used for clothing and other products because, in theory, the wool industry should not have as much cruelty as it does.

Those who have never done research into how wool is produced simply say that sheep obviously don’t die for wool, so “what is so wrong in wearing it?” Those who have done a little research into wool production know that some breeds of sheep, such as the Merino, need to be shorn for their own safety. Merino sheep have such thick wool that if they are not shorn, they risk dying of heat exhaustion. But the reason for this is not that Merino sheep have always needed to be shorn: humans have specifically bred domestic sheep so that they cannot perform tasks that are natural to them, and we have done so for the sake of profit.

Sheep in the wool industry also face the same fate as other animals used for fashion — premature death in transportation, suffering in tight holding pens for months, and often being conscious when eventually slaughtered. The reality of wool is not a pretty sight, no matter how much one might try to ignore these facts as they put on a new oversized wool sweater currently in style.  The worst of the wool industry, known as mulesing — a process done with the claim that it is to prevent flystrike and disease, even though better care of the sheep could prevent this — is possibly crueler than some common practices within the meat industry.

Feathers don’t come first to mind when one thinks of what constitutes today’s fashion. As far as I can tell, the everyday girl isn’t strutting her stuff in her new goose or swan dress (with the exception of the Icelandic singer-songwriter known as Bjork, and the actors in 2004 comedy flick “White Chicks”).

Feather hair extensions and feather earrings, however, make strong appearances in the youthful wild wardrobe. And feathers, like wool, share the common trait of being easily misunderstood in just how they are harvested. As Discovery News reports, “Some might not know taking the feathers requires killing the roosters.” They also note that rooster breeders have often tried to claim that they lead cage-free facilities for the birds before they are slaughtered, when this was not the case.

Luckily enough, fun feather earrings can be had without the cruelty of slaughter and confinement with false feather products – the only mayhem we need to get up to on a Friday night involves much less animal cruelty, but possibly more hangovers and a pair of sore legs from dancing all night.

Cosmetics are the finishing touches of the fashion industry. They can take a simple Monday office outfit to new heights, turn an average date night dress into a stunning romantic ensemble. Cosmetic substances are found in the room of millions of women, even those who eschew the larger world of fashion. Many young women begin their journey into personal expression through makeup, and many more seek new and creative ways to give their average style that extra boost it needs.

While animal testing is not necessary for cosmetics, and in most countries, there is no law saying that cosmetics must make use of animal testing for legal sale, the exploitation of animals for makeup has yet to be phased out.

Testing cosmetics on animals has been banned in the EU, but major companies such as Cover Girl, Maybelline, and L’Oreal still employ animal testing for their products. Mice, birds, rabbits, monkeys, dogs, and cats are the common victims of vivisection (live testing).

Cruelty-free cosmetics do exist, and thanks to online search engines that catalog the practices of cosmetic companies, it has become easier to find your favorite gloss or powder without having to fund the painful life of an animal in testing facilities.