Is the Fur Industry “Green”? 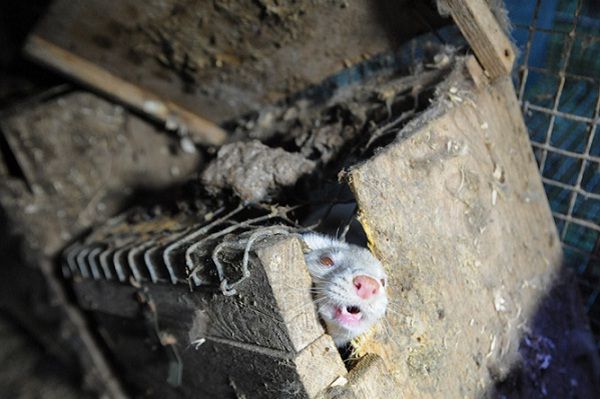 If the beginning of the 21st Century has brought with it one positive development, it is a greater awareness of the impact we have on animals, the environment, other human beings, as well as future generations. Individuals are accepting responsibility for their actions and in doing so are trying to make informed choices. They are asking corporations and industries: how ethical the organisation is; if their products or services are green, and what is being done for the environment.

In response, organisations now market themselves in a way to promote environmental and social responsibility. The Fur Council of Canada has recently launched such a campaign claiming “fur is green” and, more specifically, “an ecological choice in harmony with nature.” No doubt in response to fresh consumer scrutiny, it is designed to convince individuals fur is an environmentally-friendly product. So, what does it mean to be green and is this an accurate description?

To be green something must have positive environmental attributes or objectives. Consumers typically want to see if a product or service is natural, renewable, or sustainable, so perhaps by looking at these potential qualities we will see if the claim is true.

Fur as a raw material is natural but once transformed into a coat it isn’t. Not only has it been removed from the animal, where it had formed, but the raw pelt must be “tanned” to ensure it doesn’t biodegrade. This unnatural process uses several chemicals and toxins including ammonia, cyanide-based dyes, and formaldehyde, some of which are carcinogenic and all of which are environmental pollutants, which are then released into the air, ground, and water supply.

On fur farms animals live in overcrowded cages stacked together in long sheds that provide little or no shelter. This is not a natural environment for either foxes or mink, and with that come many unnatural problems, such as the development of disease that can wipe out a whole farm in one season. In Canada 70-75% of fur comes from these farms because the animals can be bred to produce the color, quality and size of pelts demanded. Once the pelts are in their prime the animals are killed and skinned, their carcasses thrown into landfill or the woods.

Even if their lives followed a completely natural path until death, such as that of the wild fur-bearer, it should be recognised that fur isn’t a “natural resource” the animals have given anyone consent to use. Businesses see the environment and nature as exploitable by them, but are fur garments natural when an animal is being skinned and slaughtered to produce it? After all, if it wasn’t for human intervention the fur-bearer wouldn’t live and/or die in such a way.

Anywhere between 800,000 and a million fur-bearers are (deliberately) killed annually. Unluckily, the most lucrative pelts at present are those from species which exist, and reproduce, naturally in low numbers. With no legislation or enforced regulation these animals continue to be killed in an unrestricted manner which, in time, could lead to their extinction.

Plus, while the production of almost everything is based on the use of non-renewable fossil fuels, the fur industry is no different. Fur farms and associated facilities use a significant amount of energy, with it estimated that the manufacture of a fur coat consumes between three and 20 times more energy than that of a synthetic alternative.

It isn’t only those animals actually targeted that are killed as any animal can walk into a trap. Each year millions of “trash animals,” including endangered or threatened species, fall into this category. None of these deaths are factored into the sustainability of the industry because they are discarded, but it is for this very reason they should be included. The fact that up to ten times more animals are killed than actually “needed” suggests a distinct lack of responsibility and sustainability.

The fur industry is neither green nor an ecological choice, and if someone genuinely cared about nourishing the environment or nature they wouldn’t purchase a product contributing directly to its destruction. In fact, advertising standards agencies in England, Denmark, Finland, Italy and the Netherlands have ruled any advertising declaring fur as “environmentally friendly” or “safe” to be false and misleading.

Regrettably, society has taught us to believe we are not only superior to all other life but that we are separate too. We can’t be separated, of course, but because we act as if we can we now find ourselves in a situation where we are living in complete disharmony with nature. The fur industry is a prime example, with those who work in it calling themselves conservationists, despite the fact that they upset the complex and delicate balances that would otherwise exist.

It is for all these reasons that the Fur Council of Canada has launched their campaign; it is a form of greenwashing, i.e. marketing spin used to promote organisations as environmentally friendly. These days environmental or social responsibility programmes are not about wanting to be responsible but wanting to be seen to be responsible. Organizations are so far removed from the environment and society that their ethical and moral beliefs aren’t going to change even if something is deemed to be “bad,” so they tend only to establish these programmes – which are entirely voluntary – in response to consumer demand.

Consumers need to be aware of greenwashing to ensure they are still making informed choices and are not being influenced to support that which would otherwise be seen as dubious. To do so, it is important to separate fact from fiction, and a newly launched spoof website (www.furisgreen.ca) does exactly that. Written as if created by the Fur Council of Canada, it is a frank and honest account of the fur industry. To find out more information on why fur is not green.