Leather Is More Than “a By-Product of the Meat Industry” 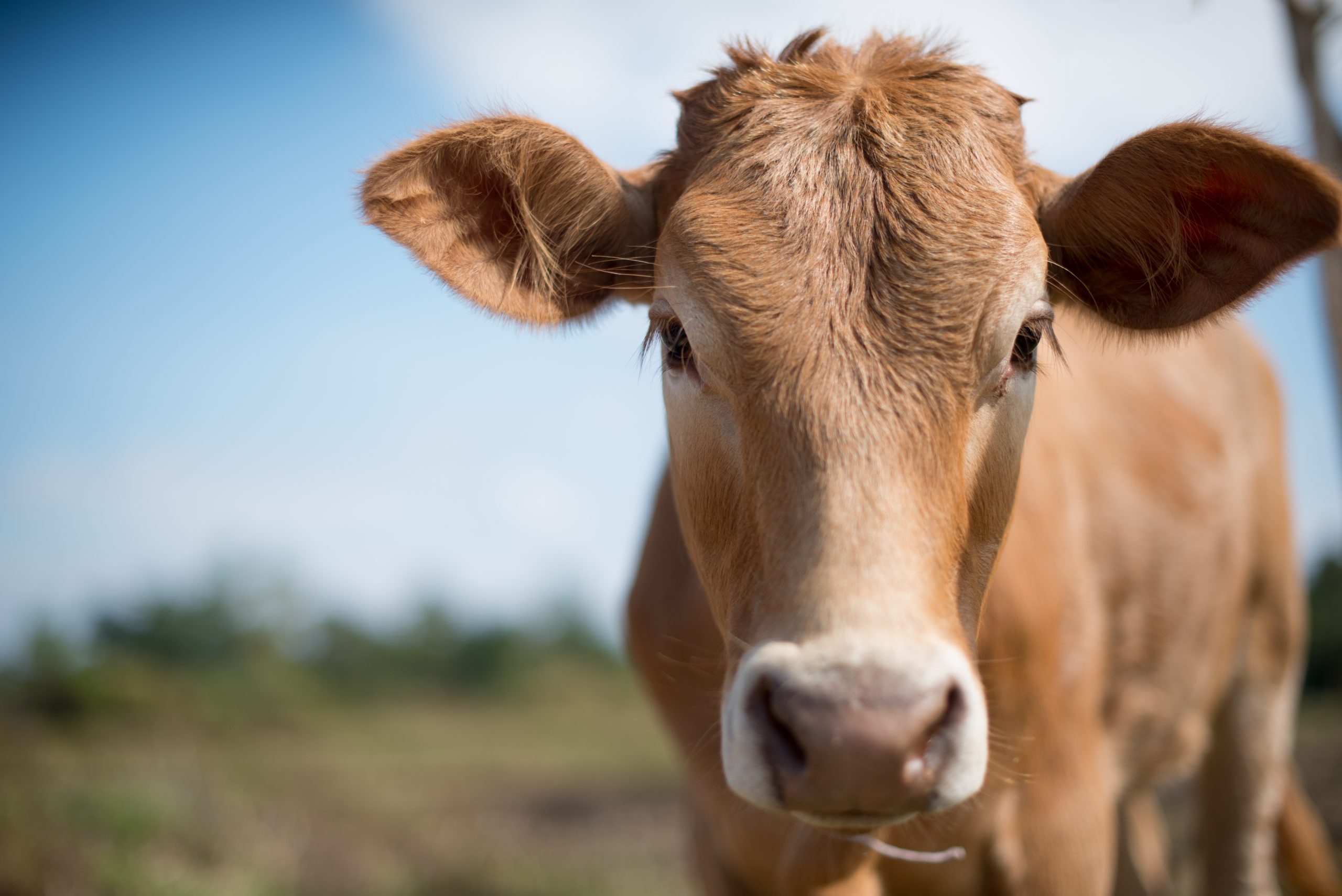 Modern society has conditioned us all to believe that certain behavior is acceptable, so for the most part we act blindly without even a second thought. One such behavioral trait is seeing all non-human animals as commodities, believing they have been “put on this planet for us to consume”. While individuals are increasingly considering the ecological and environmental cost of decisions made, it disappointingly remains the norm to consume animal products, purchase products tested on animals, and wear leather clothing or footwear.

In truth, even omnivores can see the cruelty in killing an animal for its flesh, or experimenting on one that is alive and conscious, but almost everyone, including a lot of vegetarians, believes that consuming leather isn’t cruel and moreover, that it’s environmentally friendly. Why? Because of the common misconception that leather is simply a by-product of the meat industry and that in purchasing it we’re preventing waste. In fact, despite more and more people recognizing how cruel and environmentally destructive the fur industry is, leather remains a popular consumer material.

WHERE – OR WHO – DOES LEATHER COME FROM?

Leather is a material made from the hide or skin of an animal. Cows provide the bulk of leather used, while goats, pigs, and sheep supplement this to meet basic demand. Of the leather from cows, the majority is taken from those who are slaughtered for their meat or from dairy cows no longer producing enough milk to remain profitable. The most “luxurious” (i.e. soft and thin) material, however, is supplied by newborn veal calves and sometimes even unborn calves taken prematurely from their mother’s wombs.

IS IT A BY-PRODUCT OF THE MEAT INDUSTRY?

Despite most leather being obtained from animals slaughtered for meat or after producing milk, it would be foolish to assume it’s simply a by-product of these industries. There is an important economic interdependence between factory farming and the leather trade, and thus farmers do not sell every single part of each animal to minimize waste but instead to maximize revenue and profit. For that reason leather is an animal product much like any other: produced to meet consumer demand while lining the pockets of those within the respective businesses. In actual fact, leather accounts for approximately 10% of the animal’s total value, making it the most valuable part, pound for pound.

As a durable and flexible material, most leather is used for practical reasons. There is increasing demand from the exotic and luxury leather market for other hides and skins, however, and purely for aesthetic reasons. In countries where animal protection laws are loose or non-existent, animals are regularly killed despite their bodies offering little or no meat, and sometimes even when endangered or threatened. This is only because of consumer demand, creating financial incentives for doing so.

In China, India, and several other developing countries wild animals are poached (often illegally) for their skins. These include (but are not limited to) alligators, elephants, lizards, ostriches, snakes, and zebras. Furthermore, in China – the world’s leading exporter of leather – an estimated two million cats and dogs are killed for their skins, which can’t be detected by consumers due to either a complete lack of labeling or deliberate mislabeling.

IT’S NOT COOL TO BE CRUEL

While there have been numerous exposés of the fur industry enabling consumers to see the cruel way fur coats are made, leather remains cool, hip, and sophisticated. The leather industry, however, is no less barbaric or violent. Whether farmed for meat, milk, or their skin, each of these animals suffers in extremely cruel conditions.

It’s no secret that animals in the commercial dairy and meat industry suffer months or years of abuse, plus as slaughterhouses often process up to 400 animals per hour, it’s not uncommon for an animal to be stunned incorrectly and therefore skinned alive. In fact, in some countries, this is the actual method for obtaining the skin of animals such as lizards and snakes, because of a belief that it keeps the skin supple.

The production of leather has serious environmental ramifications, which are two-fold. First of all, factory farming is an extremely dirty, environmentally unfriendly; and (fossil) fuel-intensive practice. In raising billions of animals each year, millions of tonnes of waste are generated that contaminate both the ground and water supply, while millions of tonnes of methane – one of the more potent greenhouse gases – are released into the atmosphere.

Secondly, once the hide or skin has been harvested from the slaughtered animal, there is a three-stage process it must undergo to become leather. The remaining flesh is scraped away and the hairs removed, after which the skin is treated (tanned) to ensure it doesn’t decompose. The skin is then thinned, re-tanned, lubricated, and, if required, dyed. This process uses several chemicals and toxins including ammonia; cyanide-based dyes, formaldehyde; and lead. Some of these products are carcinogenic, and all are environmental pollutants, which end up released into the air, ground, and water supply. Of course, these processes are especially polluting in countries where environmental regulations aren’t enforced.

Buying, and therefore creating further demand for, a leather product provides a financial incentive to farmers to produce more. There is no longer a need to do so, however, as it is possible to obtain alternatives made from natural, recycled, or synthetic materials; and for those who wish to wear leather- or suede-like garments, there are even pseudo-leather materials on the market.

Several companies lead the way in providing cruelty-free options for bags (GG2g, Matt and Nat, Tom Bihn), footwear (olsenHaus, MooShoes, Vegetarian Shoes); and guitar straps (Couch). When it comes to clothing, as well as car or home interiors, there is an abundance of non-leather materials, such as cotton, denim, linen, microfibres, and rayon.