5 Alarming Facts About the Wool Industry 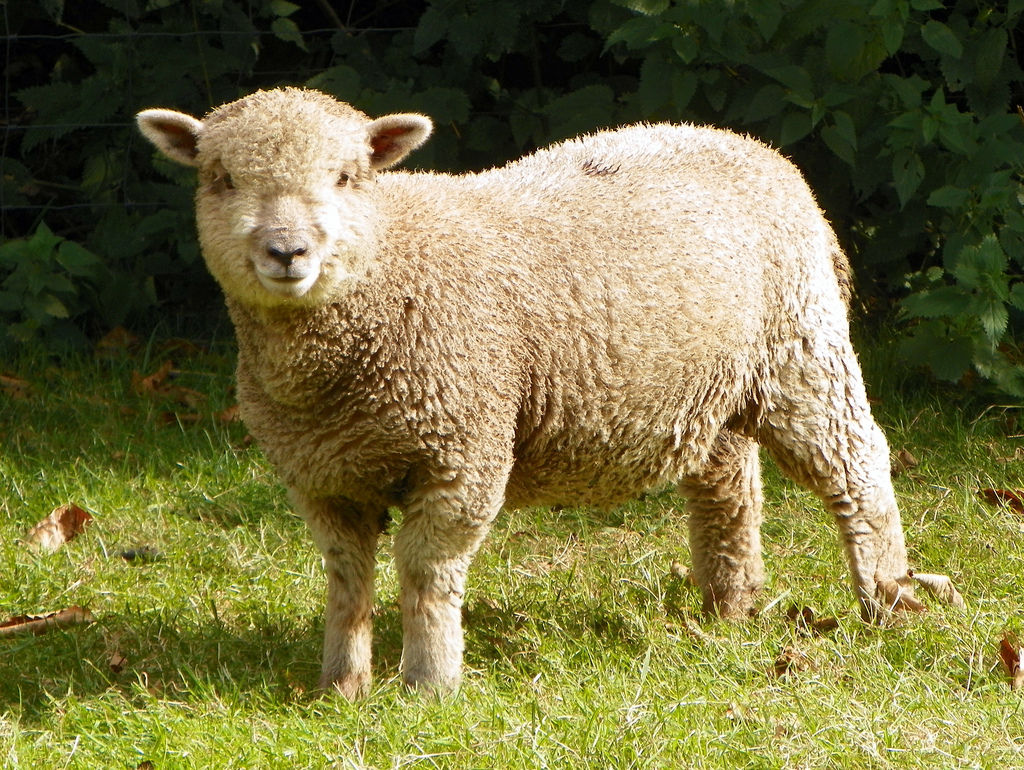 Known for keeping people warm and being itchy, wool is a common material used in clothing. However, like all products we take from animals, the industry presents us with some complications. Many say that wool is just a byproduct of meat, and that hey, sheep need to be sheared! But are these statements really true?

Consumer industries, including wool, are vast and driven by profit. The welfare of animals simply doesn’t make the top priority when there are deadlines and jobs at stake. With this list, we have spent some time researching what makes the wool industry function, and scratched at the surface of what’s really going on. We encourage you to read the whole way through, and check out our tips on what you can do at the end of the article. The sheep, goats, rabbits, and other animals deserve a voice and we thank you for being one on their behalf.

A wild sheep takes care of its wool just fine, growing just enough for the winter and simply shedding it naturally in the summer. In captivity, just as factory farmed animals have been bred to be larger to produce more meat, sheep have been bred to produce more wool, making them more susceptible to heatstroke and leading to the need to be sheared.

2. What is mulesing, and are there alternatives?

Mulesing is the practice of removing skin off the sheep’s hind to prevent flies from laying eggs in the skin. This is typically performed without any painkillers for the sheep. Because of how sheep have been bred to produce more wool, flies and other insects can lay eggs in the folds of their skin.

In Australia, one of the world’s largest producers of sheep’s wool, museling is being phased out and replaced by other methods of preventing flystrike.

According to Australian Wool Innovation Limited, “A significant proportion of woolgrowers have removed the need for the traditional procedure in some or all of their sheep. Where the risk of sheep flystrike remains high, many woolgrowers are replacing traditional procedures with welfare-improved practices – such as welfare-improved surgery with pain relief or breech strike prevention clips – while longer term breeding programs are underway.”

Alternatives are becoming standard industry practice, thanks in part to animal advocacy organizations for keeping the pressure on wool producers.

3. Is wool really a byproduct?

The demand for wool can be seen in how often it’s featured in fashion and clothing, which is still a large percentage. To say that wool (or leather, etc.) is simply a byproduct of the meat industry is ignoring the larger issue. It could be said that our demand for wool is fueling the lamb meat industry, and we could sit here arguing all day. The bottom line is that we are using animals for our own purposes, rather than letting them live their lives.

4. Do we only get wool from sheep?

No, in fact, other animals we use for wool include rabbits and goats. A recent investigation on an angora rabbit farm in China revealed intense cruelty toward these animals and prompted some retailers like H&M and Espirit to take a look at their purchasing decisions.

The industry is even starting to affect animals that are not used for wool by encroaching on their habitat. As we reported in August, in Central Asia a recent study “revealed that an expansion of pastureland for goats used in the cashmere industry is the main cause of the decline in Central Asian wild animal populations. Many of these animals native to China’s Tibetan plateau, Mongolia and India are already endangered.”

Nope. Actually, the vast majority of wool is not harvested by small farmers who keep a manageable flock of sheep or other animals.

In the case of sheep, after they are used for wool, many are exported for slaughter. PETA reports, “Every year, around 3 million sheep undergo the cruelty of live export from Australia to the Middle East and North Africa. These sheep are slaughtered after enduring grueling journeys on extremely crowded, filthy, disease-ridden ships. The voyage can last days or even weeks, and the sheep can be exposed to all weather extremes.”

What’s more, just like with livestock production, raising animals for wool involves a lot of space, and a lot of excrement which creates methane. According to PETA, “In New Zealand, methane emissions from enteric fermentation, coming mostly from sheep, make up more than 90 percent of the nation’s greenhouse-gas emissions.”

This is only New Zealand so just imagine all the other massive wool farms out there and their contribution to greenhouse gas emissions!

With nearly everything in this great big world, we are faced with the wonderful burden of choice. Do we need to buy wool? Absolutely not! Check out our list of environmentally friendly and ethical yarns and textiles for your next at-home project. You can also donate to organizations like the Snow Leopard Trust and the World Conservation Society who are working to conserve Central Asian animals who are threatened by the wool industry. And, as always, vote with your dollar and let your voice be heard by retailers that continue to sell wool. Write a letter explaining your concern, or better yet, thank a store when they start to carry animal-free products.