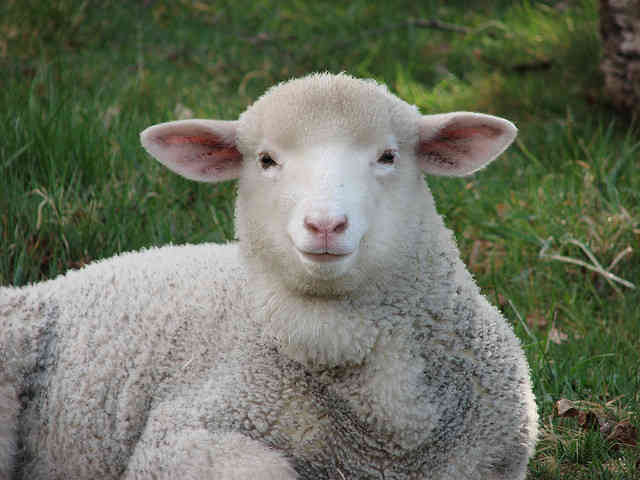 As a vegan, one of the questions that I get a lot from perplexed people concerns wool. Many people have an idyllic image of happy sheep roaming green hills, but as with any industry that profits from animals, money always comes before the animals’ well-being. Below are some of the most shocking facts about the wool industry:

The world’s largest producer of wool is Australia, where mulesing is a common practice. This barbaric procedure—in which farmers carve huge chunks of skin and flesh from lambs’ backsides using tools resembling gardening shears in a crude attempt to prevent a parasitic infection called “flystrike”—is typically performed without any painkillers.

Shearers are usually paid by the sheep, not by the hour, which encourages fast work without regard for the welfare of the animals. Sheep commonly suffer from injuries ranging from nicks to complete amputation of their udders, ears, penises, and other body parts. Says one eyewitness: “[T]he shearing shed must be one of the worst places in the world for cruelty to animals … I have seen shearers punch sheep with their shears or their fists until the sheep’s nose bled. I have seen sheep with half their faces shorn off …”

When their wool production begins to decline, most sheep are killed for meat. Many are sent on a long journey in a severely crowded, multitiered ship to countries that have few if any animal welfare laws or regulations. These sheep—millions every year from Australia—are often slaughtered by having their throats cut while they’re still conscious.

WHAT YOU CAN DO

Luckily for my fellow vegan fashionistas, there are plenty of cruelty-free fabrics to choose from, including cotton, cotton flannel, polyester fleece, synthetic shearling, and many others. You can skip the cruelty—and that icky itchy feeling—by choosing vegan options the next time that you go shopping.

You can also help sheep by taking action via PETA’s action alert asking the Australian government to require the wool industry to stop systematically mutilating millions of animals every year.