What Would Captive Orcas Tell Us If They Could Talk? 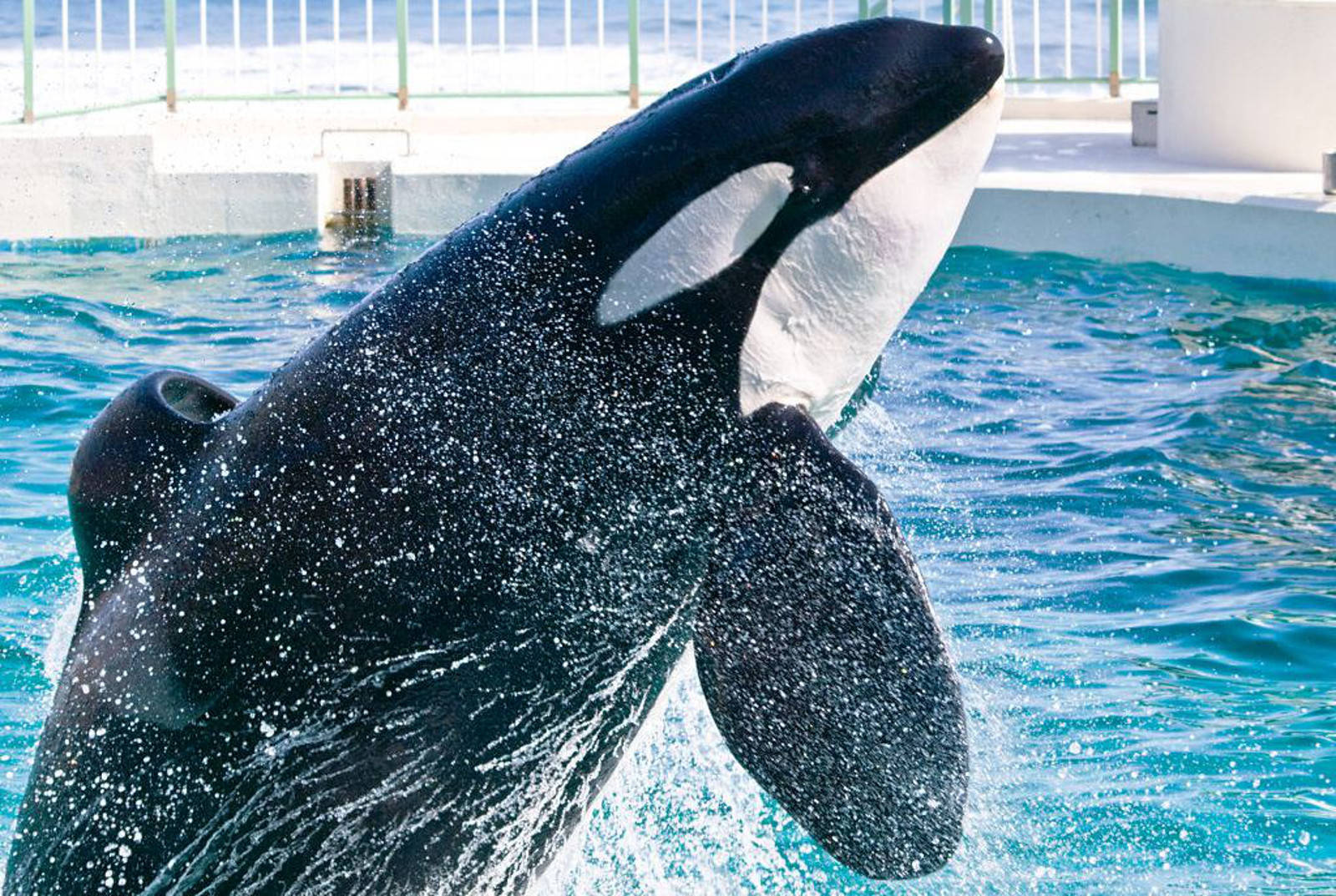 Captive orca facilities have had a rough time lately. Loro Parque, for example, has come under fire for turning a blind eye to six-year-old Morgan’s ongoing abuse at the hands of her fellow whales – all of whom are believed to be severely psychologically disturbed as a result of their experiences in captivity. The tragic story of fifty-year-old Lolita – the worn-out female orca of Miami Seaquarium – has captured the hearts of many.

Meanwhile, SeaWorld’s exploitation of their killer whales, lack of regard for employees’ safety, and twisting of scientific data to suit their own purposes, have increasingly come under the spotlight in recent months, thanks to a teeny-tiny little documentary called “Blackfish.” Since the movie came out, marine activist groups such as Ric O’Barry’s Dolphin Project, the Oceanic Preservation Society, and Whale and Dolphin Conservation (WDC) have been working hard to bring the facts about killer whale captivity into the public domain.

Last month, Calif. Assemblymember Richard Bloom (D–San Antonio) introduced the Orca Welfare and Safety Act, aimed at banning the confinement of orcas for entertainment purposes in the state of Calif. This move would arguably have been unthinkable even a year ago.

Compassionate, dedicated humans have done a lot to raise awareness of the sad reality behind killer whale captivity. But if the orcas themselves could talk, what would they tell us? Here are a few guesses we’ve come up with! 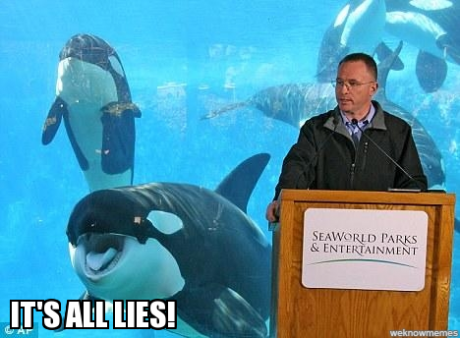 Because of their status as a for-profit entertainment corporation, SeaWorld’s natural priority is the bottom line. All other concerns – orca welfare, trainer safety, honest debate, and disclosure – must fit in with the company’s main goal of pulling in bucketloads of cash. If an initiative such as – oh, I don’t know, compassionately deciding to retire their orcas to a coastal sea pen, rather than forcing them to work until they die – doesn’t suit them, it just isn’t happening.

The same rationale is used by all captive cetacean facilities whose main priority is profit, rather than oceanic conservation or research. For some crazy reason, organizations that have truly dedicated themselves to saving our oceans don’t feel the need to keep cetaceans imprisoned, drugged, and trained to behave in unnatural ways so that they can pull in crowds of gullible tourists. 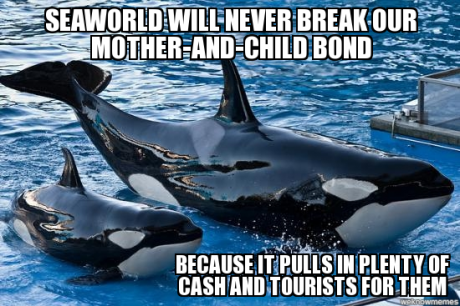 As part of SeaWorld’s ongoing rebuttal against the “Blackfish”-inspired flak they’ve been receiving lately, the corporation has stated that they never separate mothers and their calves. NEVER. So the fact that former SeaWorld Orlando trainer Carol Ray reported witnessing the heartbreaking separation of a mother and calf during her time at the park must have been a huge mistake. Right?

In 2011, she told the Orca Project that “when we were told that Kalina would be moved out of Orlando (in 1990) I was really shocked. I was admittedly not an expert on killer whales in the wild, but I knew enough about their social structure and strong bonds to know that it was wrong to remove her at 4 years of age from her mother (and two half-sisters), and the only family she knew.”

Speaking of the day Kalina was taken from the park and moved to a different SeaWorld facility, Ray added: “After Kalina was removed, I stayed and made observations throughout the night. This is one of the worst memories I have from my time there. Her mother, Katine, was not an overly vocal whale but that night I watched her for hours as she stayed floating in one spot, alone, emitting such heart-wrenching vocalizations it truly brook my heart. The other girls, including Katerina (Kalina’s sister, Katina’s other baby at the time) left her alone in her grief even though the gate between their pools was open.”

But SeaWorld has expressly stated that they would NEVER do such a thing, so Ray must have been imagining the entire incident. 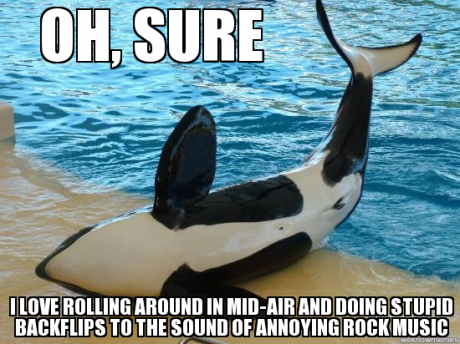 SeaWorld claimed a few weeks ago that their captive orcas “benefit(ed)” from performing, with their dedicated “Animal Ambassador” Julie Scardina informing us all that “the whales actually anticipate doing the shows and like doing shows. We create an environment that is interesting and stimulating and fun so the whales want to participate.” Trainer Lindy Donahue added that the whales would “rather be in the show than out of the show. They are so stimulated every day. They want to interact with us, and the level of care is so high it’s almost hard to describe.”

Scardina and Donahue paint quite an idyllic picture of the whales’ lives. But while it may be true that SeaWorld’s orcas prefer taking part in a show to being kept in their tanks all day, and receiving no exercise whatsoever … wouldn’t a life in the ocean, where they can expect to swim a hundred miles a day, qualify as the best exercise of all?