5 Insane Practices That Are STILL Happening That Harm Animals 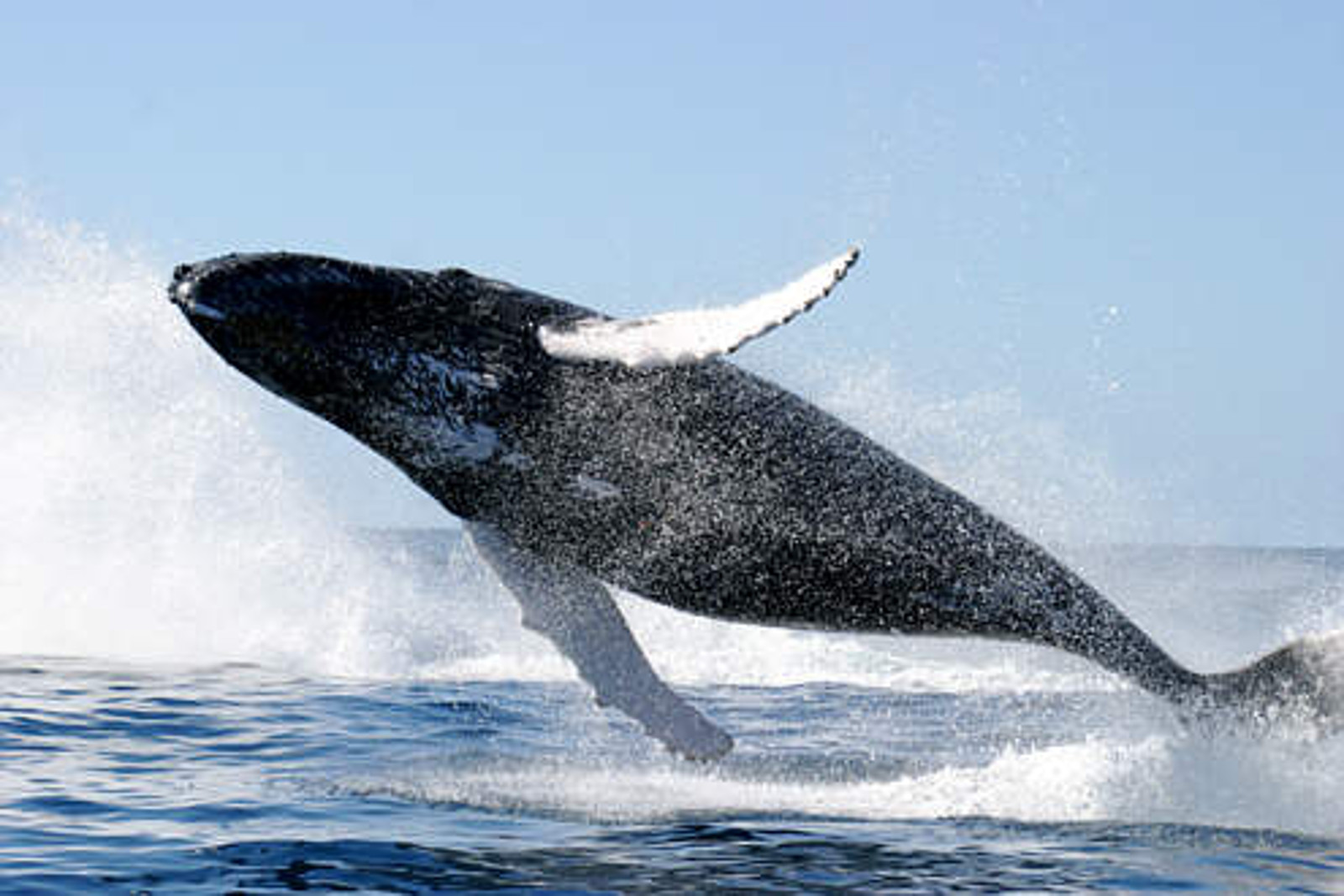 Here at One Green Planet, we love to celebrate wins for animals. Whether it’s China’s decision to no longer require the use of animals for cosmetic testing, the rescue of an orphan elephant calf, or legislation that bans the use of animals in circuses – we just love good news! As a Green Monster, we are sure you understand the epic feeling that comes with seeing these happy developments come to fruition. There are countless people, just like you, across the world who work day in and day out to make these great wins happen for animals. When you look at all the positive action for animals that has occurred in the past year alone, you can see just how far we are coming. However, while this progress is incredible and awesome, it is important not to lose sight of the fact that we still have a long way to go.

Although there are tons of people working to improve life for animals across the globe, there are still some pretty insane and cruel practices that still go on. These  practices are justified in the name of science, tradition, and even entertainment – but from the perspective of an animal lover, these “justifications” will never truly validate the cruelty wrought against animals. So, in an effort to being about some change in these specific areas, let’s take a look at these insane practices that are still happening, and still harming animals.

Even after the groundbreaking documentary, The Cove, shocked audiences across the world, the Taiji dolphin drives have continued nonetheless. The hunt is justified as a “tradition,” however, it only began in Japan around 45 years ago. Every year, thousands of dolphins, as well as pilot whales, are driven into the infamous Taiji cove by fisherman. Many of the cetaceans are killed and sold for their meat. The more “attractive” dolphins are captured and sold into life in an aquarium – or if their “lucky,” life in a marine park. 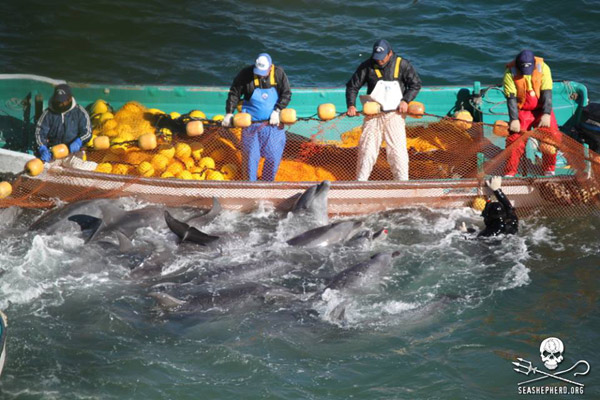 Thought Japan did away with whaling after the International Court of Justice ruled the seasonal tour of the Antarctic illegal under international law? Well … so did everyone else in the world … except for Japan.

For years Japanese whaling ships have traveled to the Antarctic to perform “research,” killing hundreds of cetaceans in the name of science. After “tests” are complete, the remaining whale meat is portioned off and sold in Japanese markets (despite the fact that less Japanese consumers eat whale meat). In the past 25 years, no significant findings have been published in a reputable scientific journal, yet the Japanese Prime Minister insists whaling will go on, unabated, in 2015. 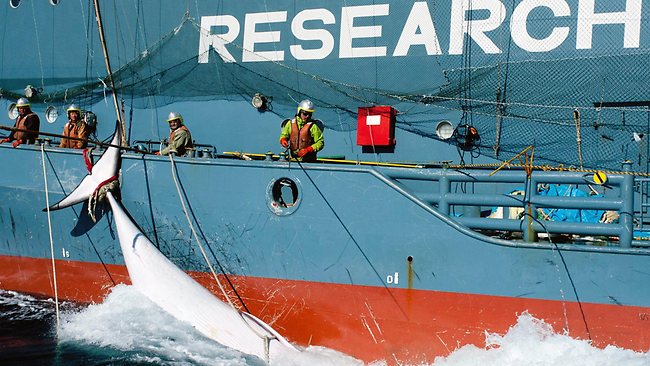 Animals Asia estimates that across China and Vietnam there are over 12,000 bears being held in bile farms. The bears used for bile farming are mainly moon bears, but sun bears and brown bears also fall victim to the practice. Bear bile is lauded for its medicinal qualities in Traditional Medicine, but the process of extraction is incredibly cruel to the bears. Most bears are captured from the wild and forced to live in poor conditions while they have their bile fluid routinely drained. This process is very invasive and some bears live for 30 years in these horrible farms. 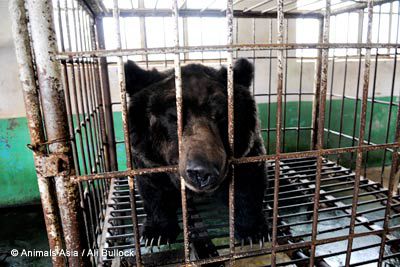 The Grind is an annual drive of pilot whales that occurs in the Faroe Islands. In these drives, fisherman corral pilot whales (as well as dolphins confused for pilot whales), beach them on land and then viciously kill them. This tradition dates back to the 1500s when whale meat was considered a staple in the Faroese diet. However, in modern times not only is the grind considered cruel to the whales, but the practice of eating whale meat is also dangerous for the humans who consume it. Pilot whale meat has been shown to contain high levels of toxins and the Faroese Chief Medical Officers have urged residents to avoid eating the meat for health reasons. 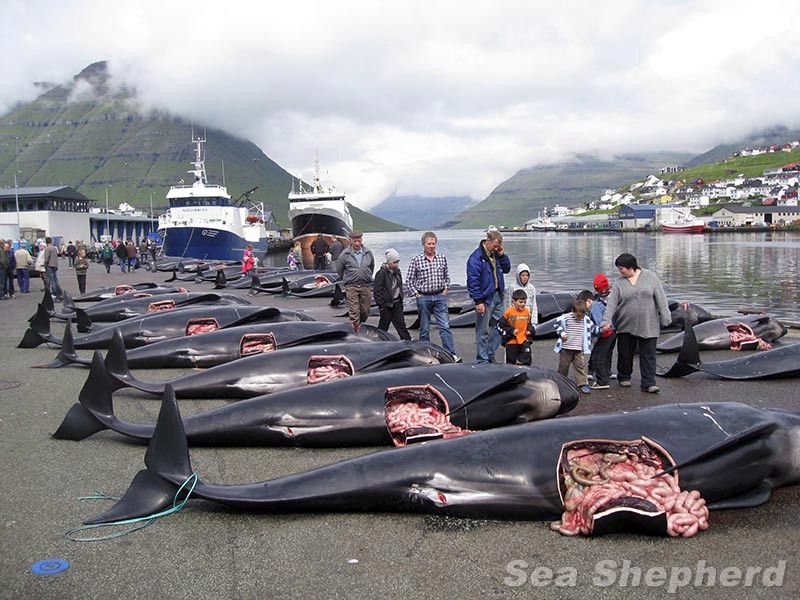 It is estimated that 100,000 predators are killed every year by the U.S. Federal Wildlife Services.In fact, 98 percent of interactions the FWS has with predators such as bears, bobcats, wolves, and foxes result in the death of that predator. Why? “To make life safe for livestock and game species,” according to an article in the New York Times.

Cattle ranching interests pay the FWS  to run their operations on federal lands. Predators pose a threat to livestock. In addition to the 100,000 predators, a reported 1.4 million other animal species are killed by the FWS annually. 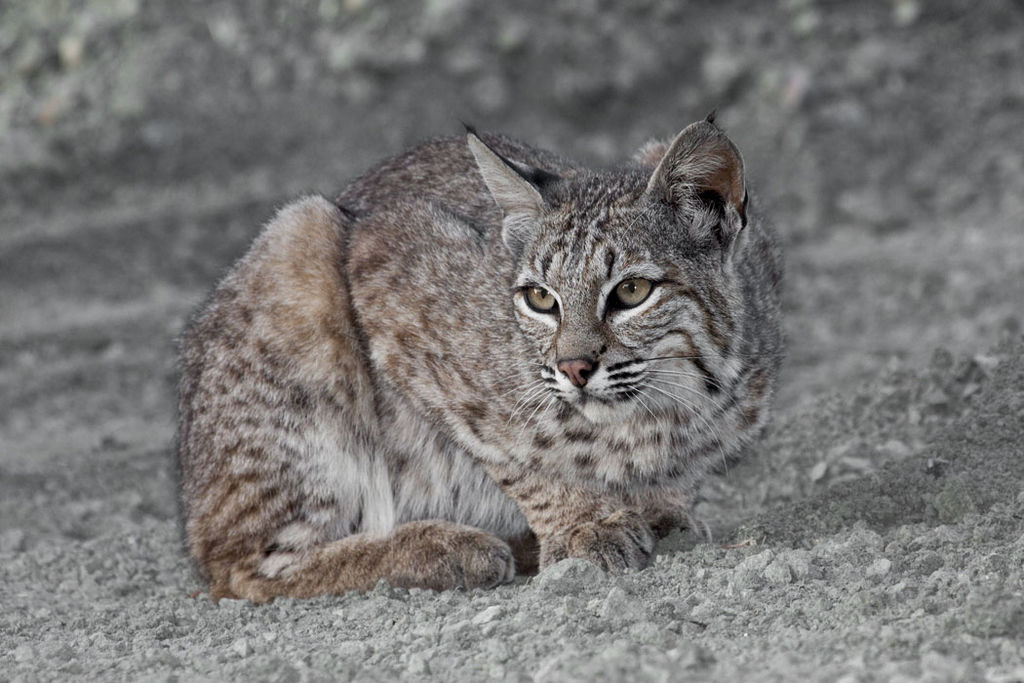 What Can You Do?!

Surely, as an animal lover, you’re pretty upset about what you’ve just learned. While each individual practice exists within a set of complicated political and social perimeters, raising awareness is the first step towards solving a problem. This list of five practices is hardly an exhaustive look into the many abuses that are wrought against animals across the world. Just think, in the U.S. alone, animals in factory farms, puppy mills, zoos, circuses, and dogfighting rings suffer single everyday! The fight to end animal abuse is underway, but it is far from over which is why is important that we continue the fight for animals.

Share this post and start a conversation surrounding these issues. It might be difficult to change a system as a whole, but it is possible to change the mind of an individual. Everyone can lend their voice to an animal in need, and the animals suffering at the hands of these five practices, and many others need your help!